Print Them All recently teamed up with legendary artist Kenny Scharf (interviewed) for a fresh new limited edition release. As a part of his recent Sloppy Styles series, Sloppy Melt is a new take on his signature cartoon-inspired imagery.

The California-born artist was a contemporary of such names as Jean-Michel Basquiat, Andy Warhol or Keith Haring, working alongside them in the 80s in NYC. His graffiti-based work has been called pop abstract surrealism, and is constructed of alien-like cartoonish characters that form everything from single portraits to complex multidisciplinary installations. After experimenting with more strict, straight line grids and block formats in the last two years, his newest body of work featured on this edition is purposely sloppy and drippy. In artist’s own word this “has to do just with being fun, and also has to do with melting – things are melting, the world is melting.“

The vibrant image has been produced with eight colors and has received an “Angel Dust” glitter finish on the historic machines of Idem Studio in Paris. As Scharf’s first official limited edition release in the last two years, the print is available in an edition of 99 examples measuring 90 cm x 64 cm (35.43 in x 25.19 in), each signed, named and numbered by the artist and stamped by the print studio. 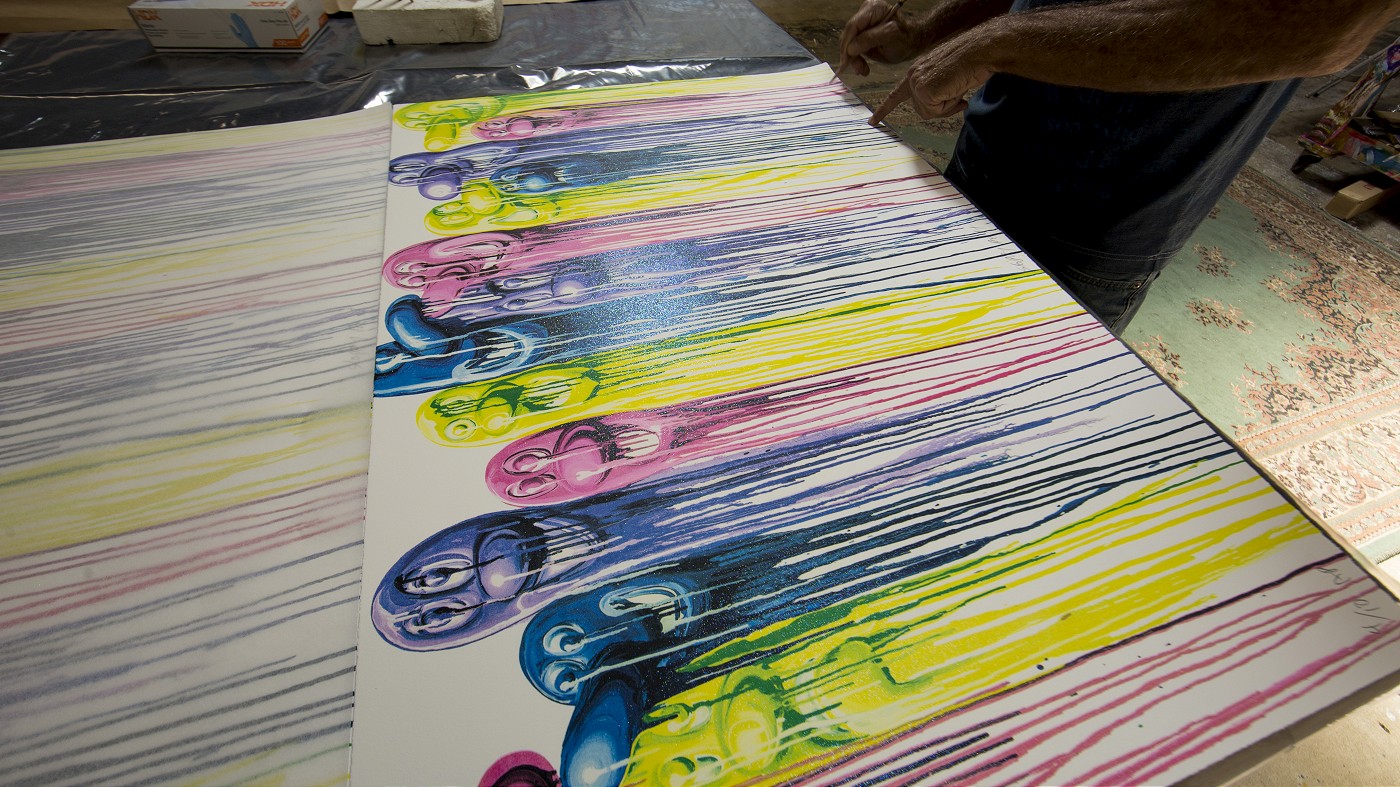 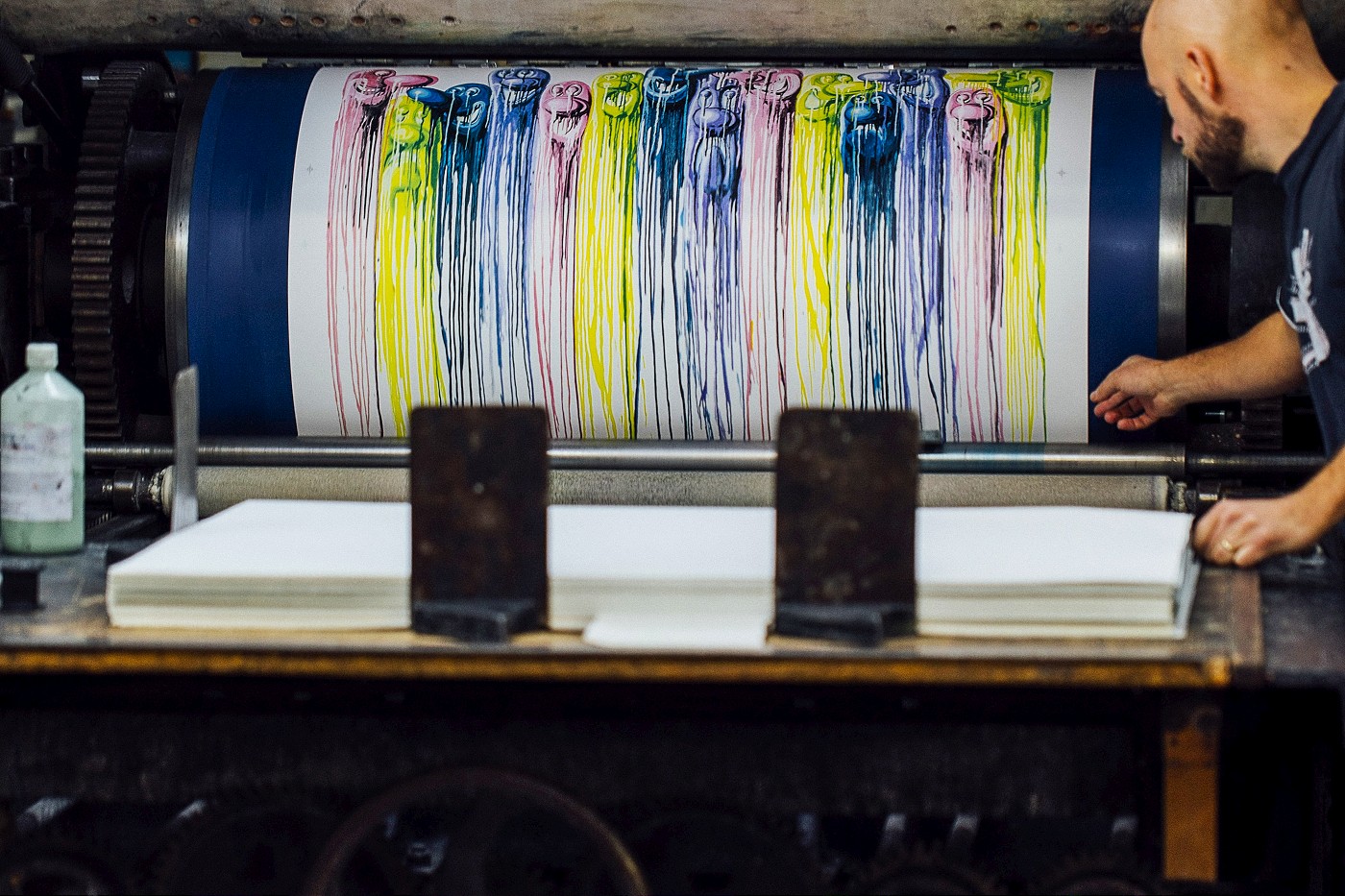 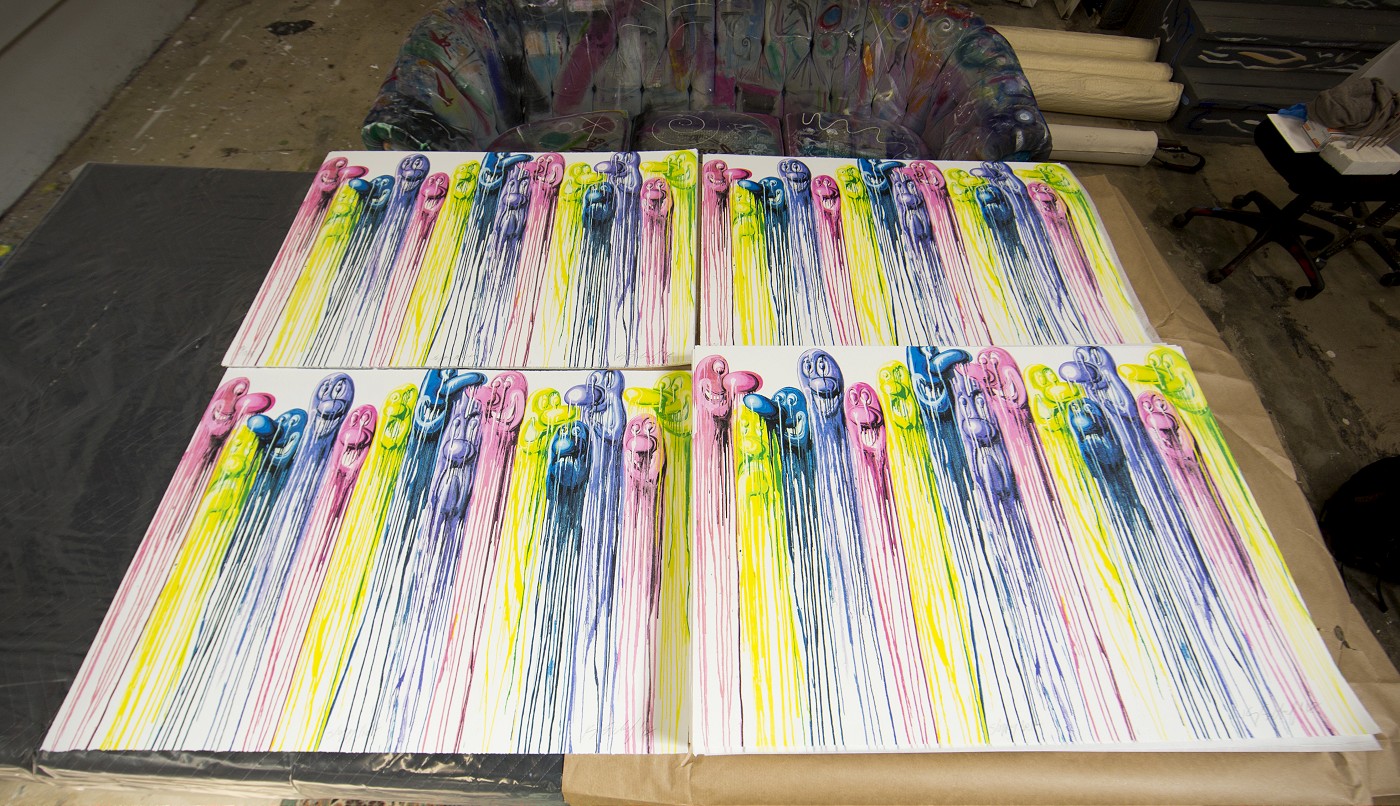 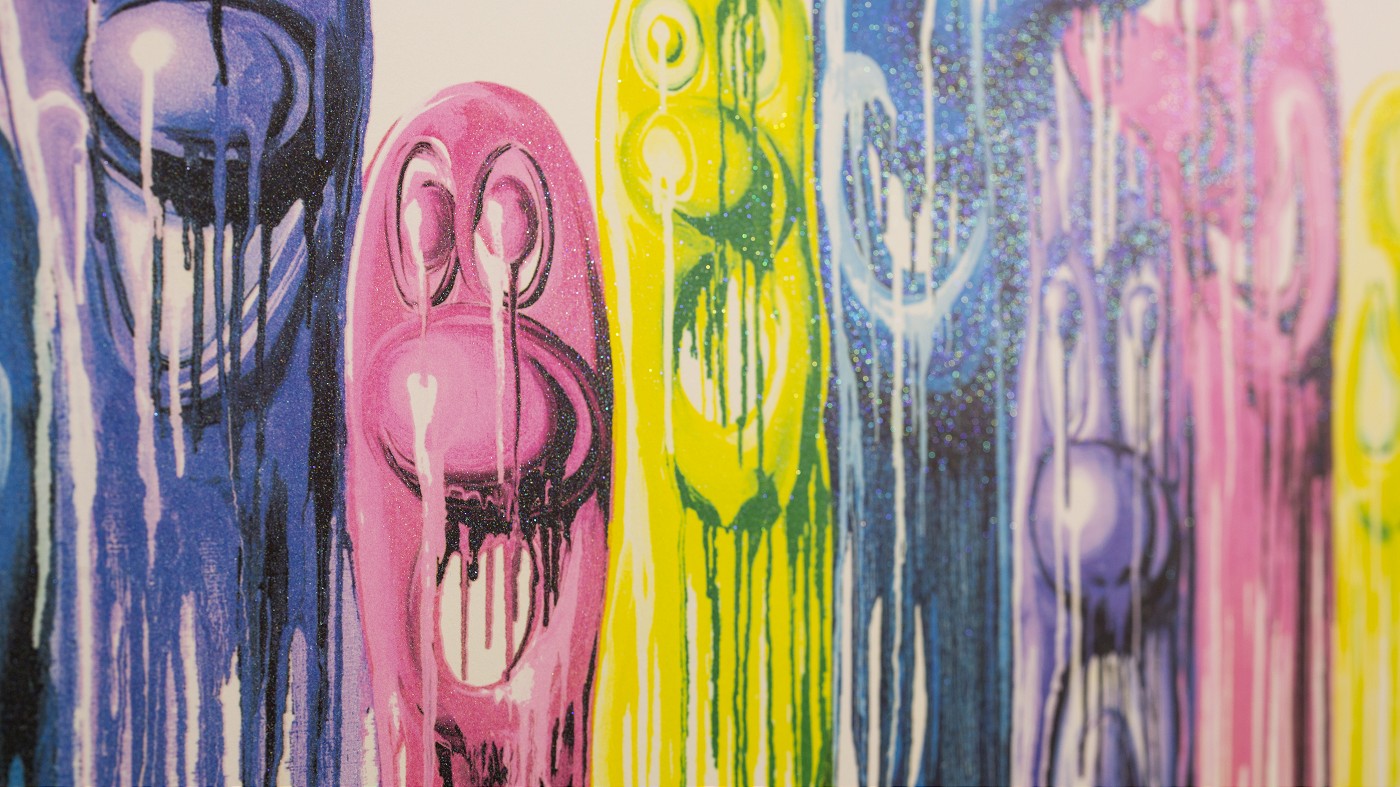 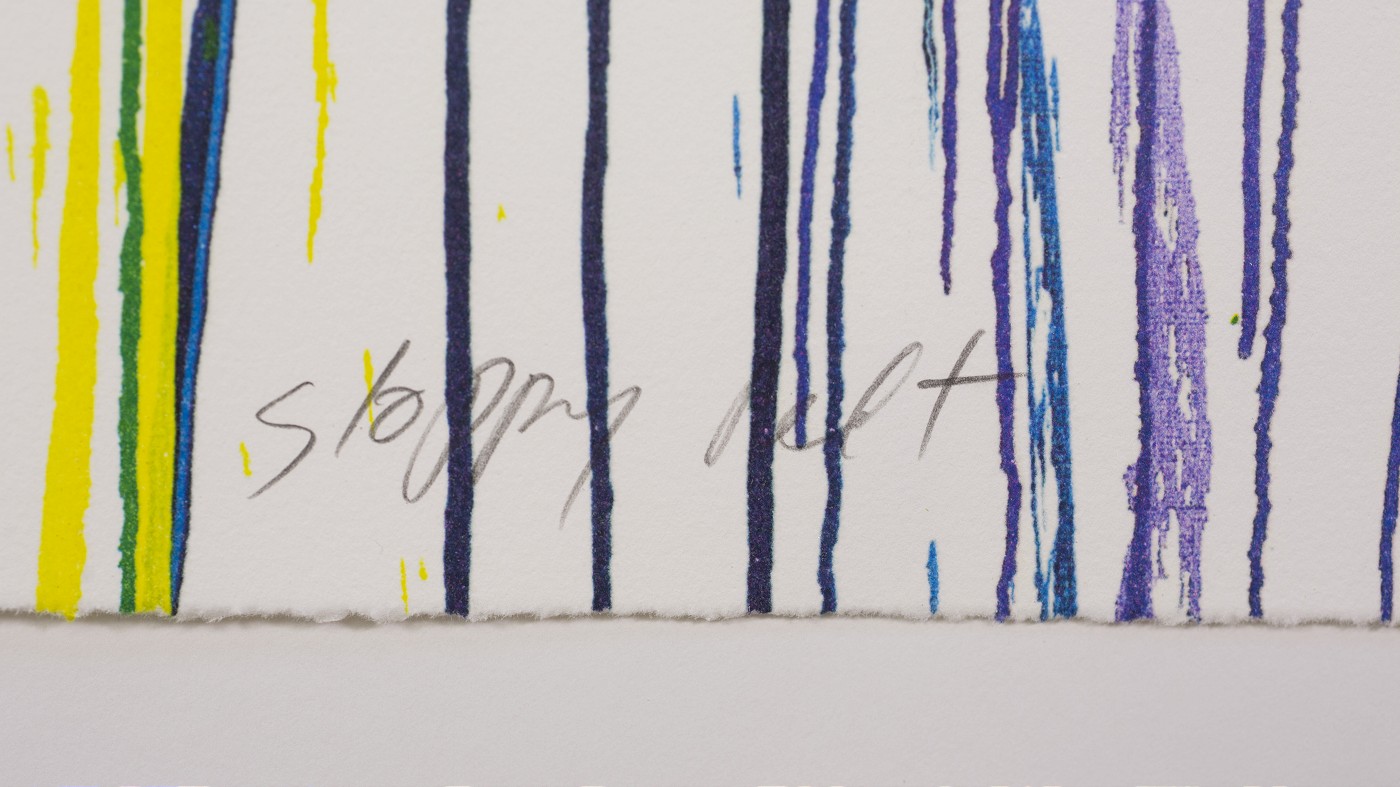 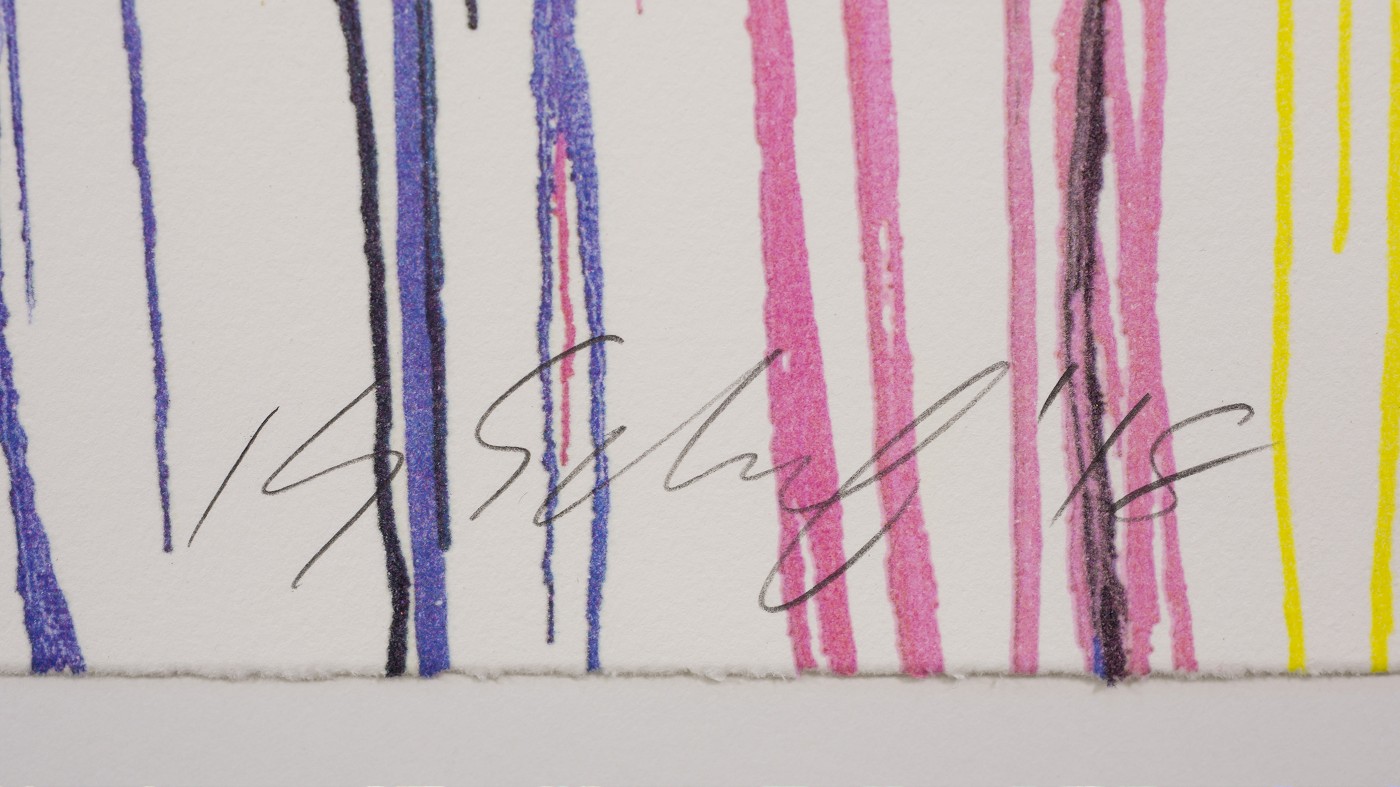