Recently in the La Punta area just outside of Valencia, Spain, a group of street artists got together to help the local population protest the actions of the port authority and the local government have taken since 2001. Because of their focus on urban development, locales were forced to move into social housing only 100’s of meters from their old homes and gardens. You can read more about their plight on here & here. “Different environmental and social NGOs joining forces to preserve the culture, identity and natural value of the area” reached out to the locally-based Escif for help and he in turn has invited others including BLU (seen above), Aryz, Borondo, Anaïs Florin, Hyuro, Luzinterruptus, Daniel Muñoz “SAN”, Sam3 and Elías Taño to create works to bring attention to the issues there with the Sensemurs Project. 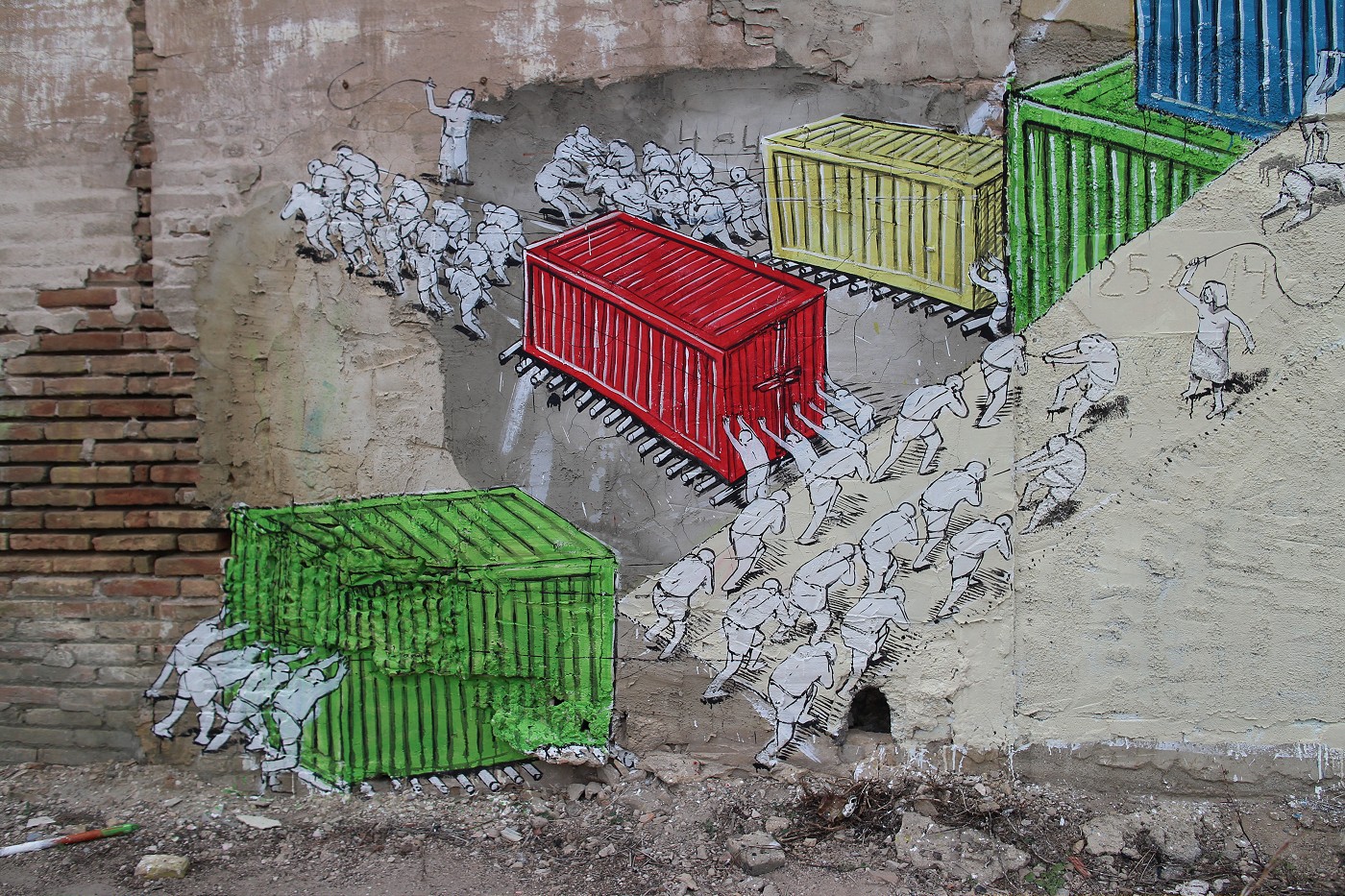 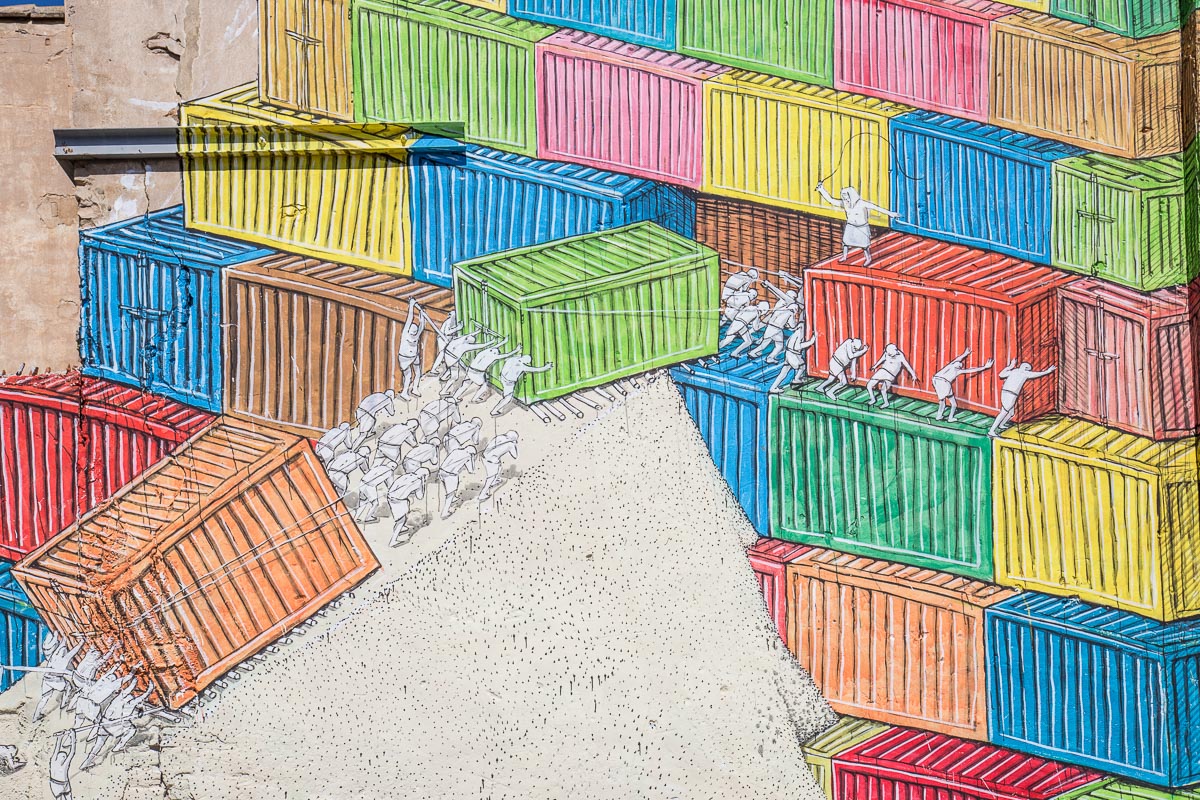 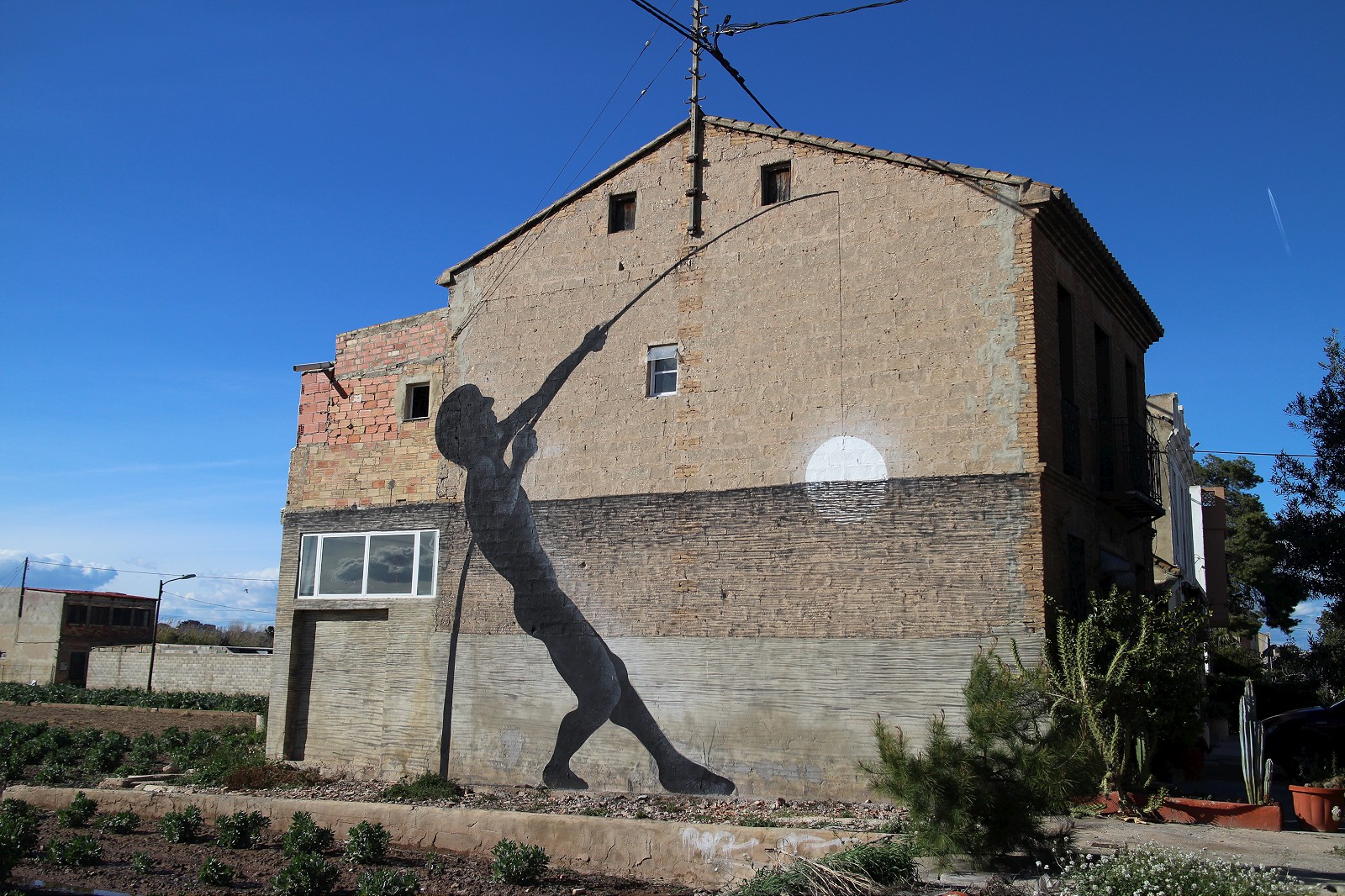 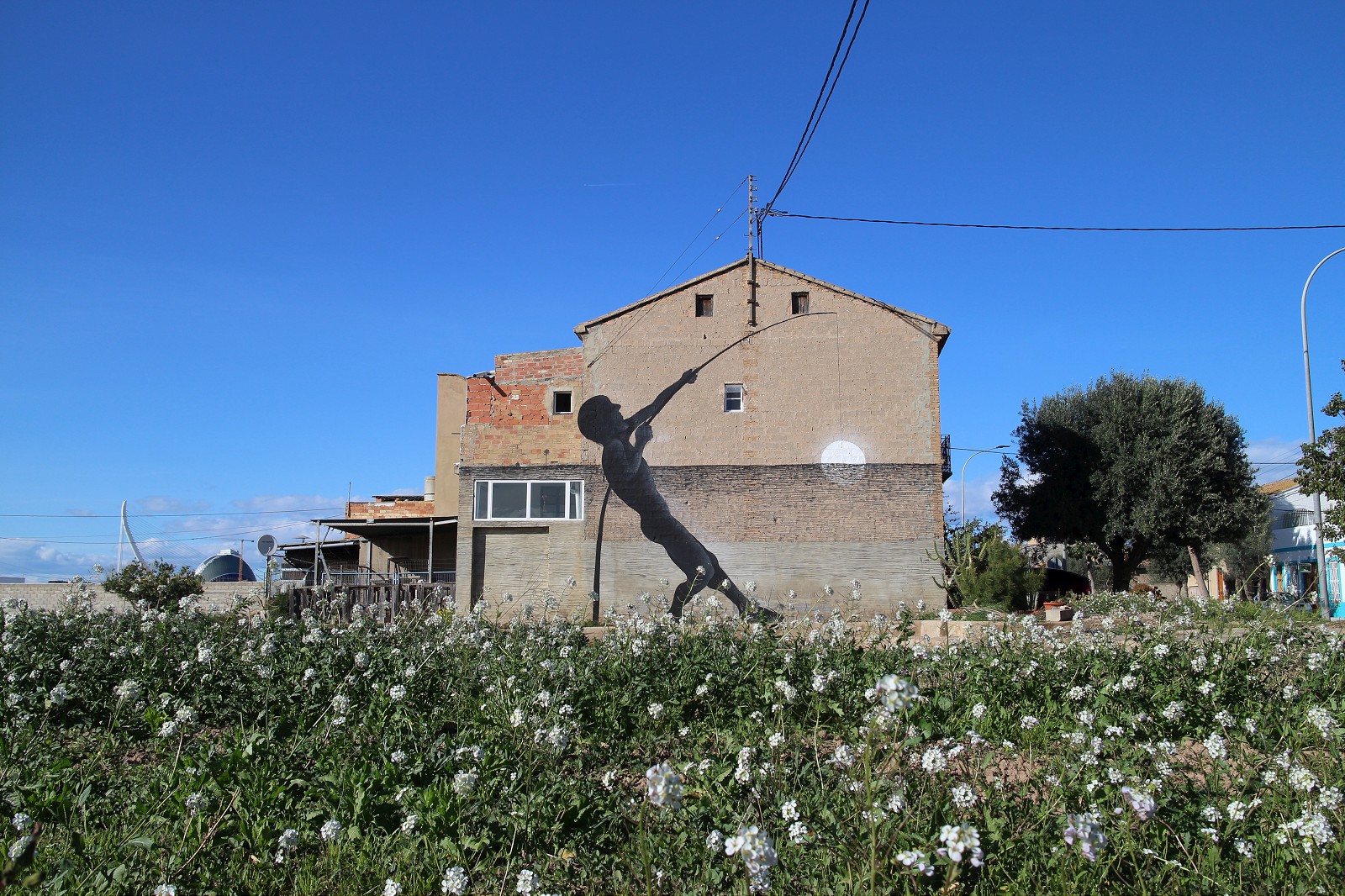 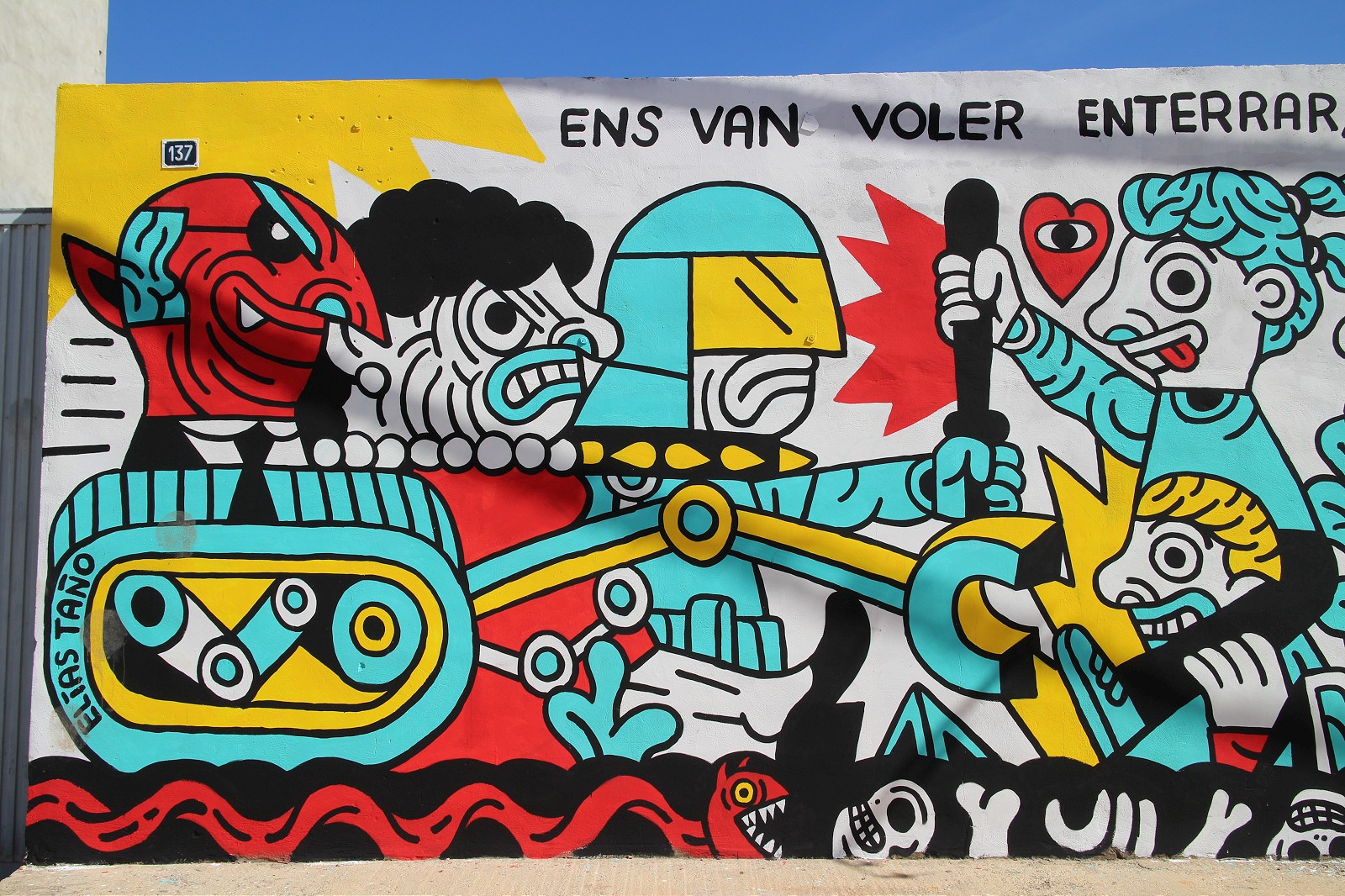 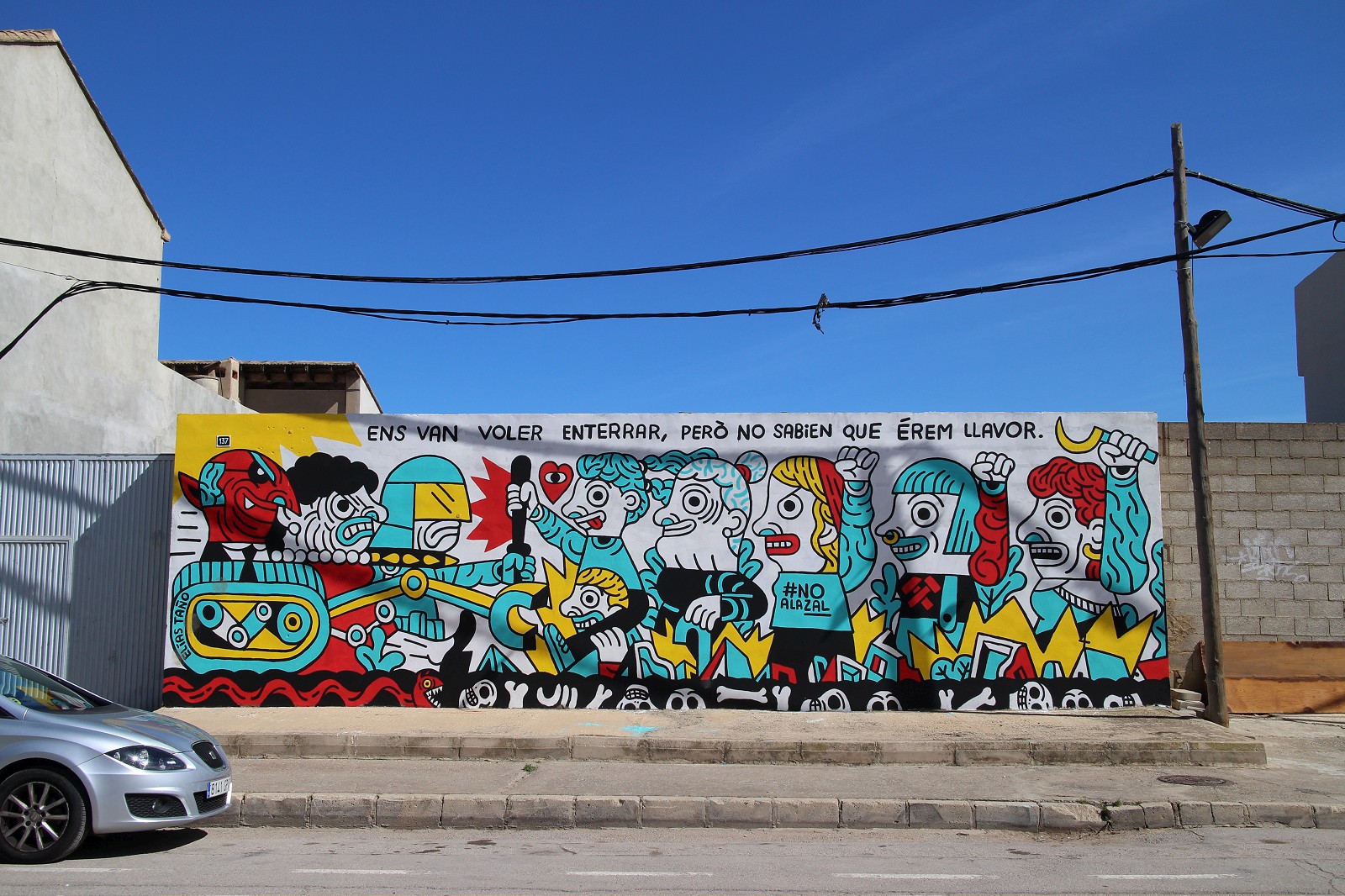 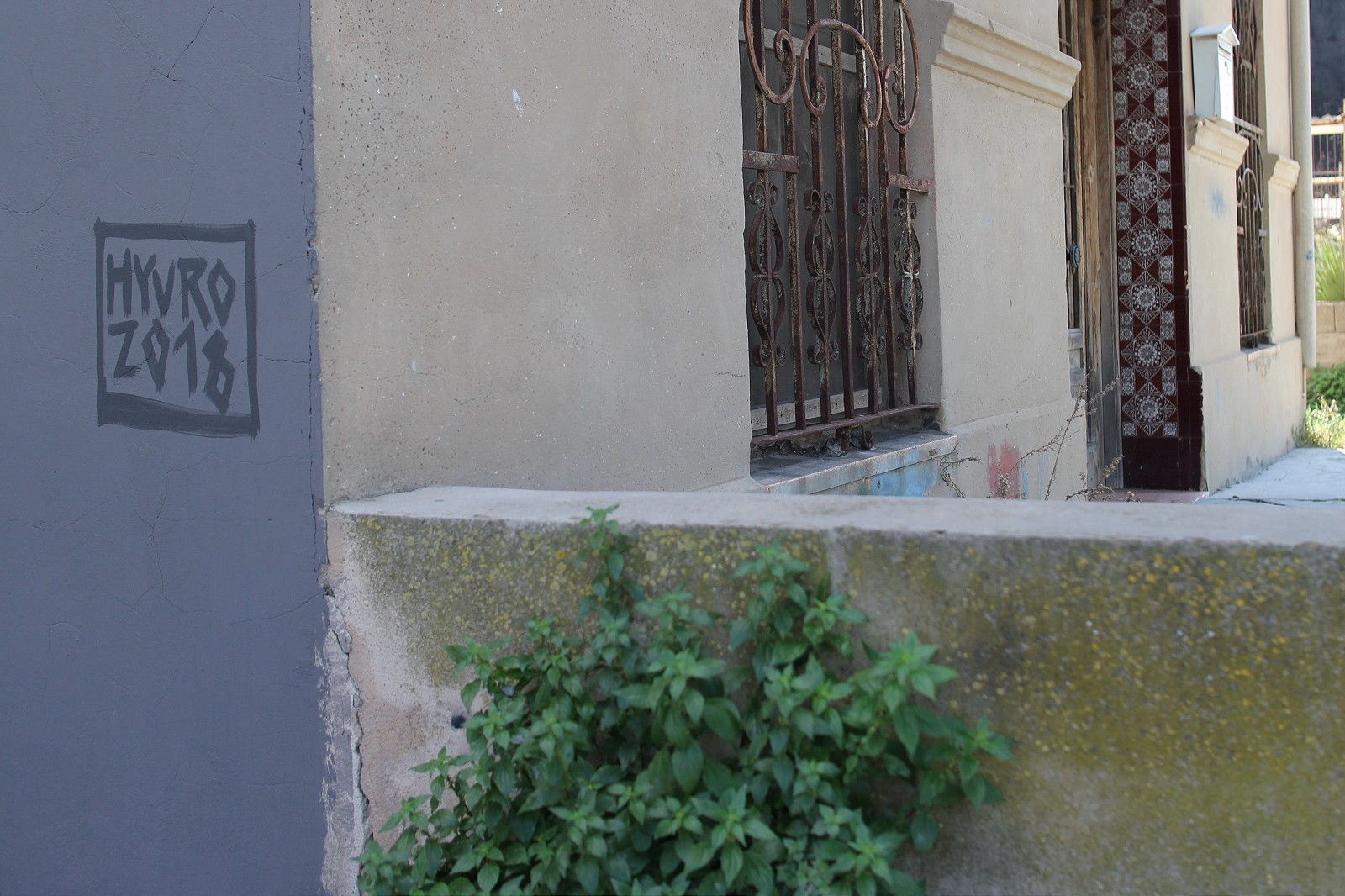 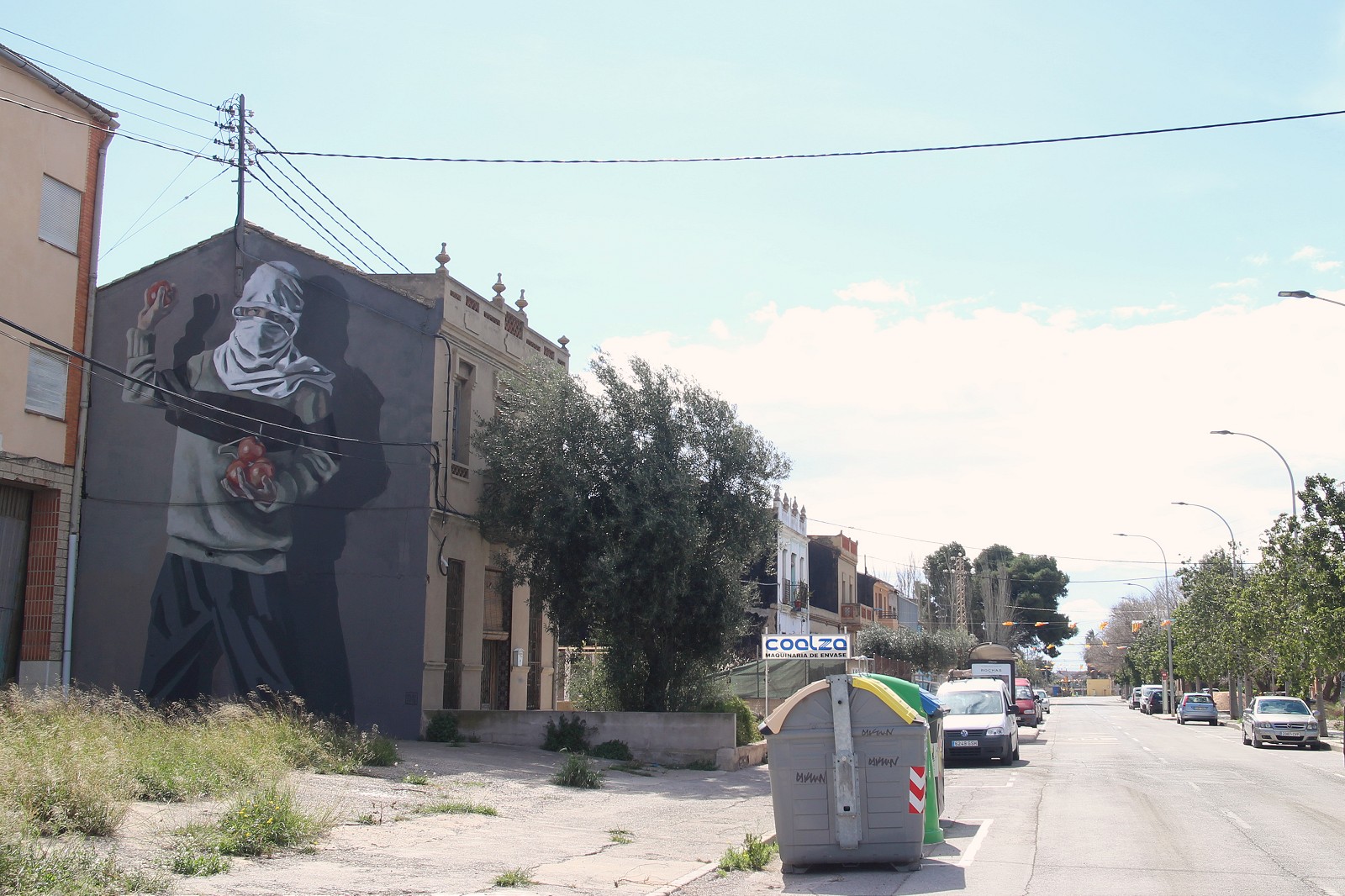