The Brazilian artist and pixação painter Cripta Djan is currently showing an exhibition entitled ‘In The Name Of Pixo’ at The Tramshed in Birmingham, UK. The history of graffiti is often told as a simple linear narrative with its singular root in the wall-writing of Manhattan’s Washington Heights neighborhood and North Philadelphia in the late 1960s. However, this simplification ignores the multifaceted origins of the various strands of the global graffiti movement; these include the Old-English influenced Cholo graffiti from L.A.’s barrios, the Dishu ground calligraphy performed in Beijing’s parks and, perhaps most inescapably, São Paulo’s pixação. Pixação, or pixo as it’s also known, shares a superficially similar aesthetic to its North American cousin; however, the sub-culture is not just distinct from graffiti, but is in many ways antithetical; while one recognizes ego, the other demands humility from its practitioners. Furthermore, while graffiti is rightly or wrongly considered one of the four elements of hip-hop, pixação’s letterforms have been heavily influenced by the angular and forceful lettering found on the album covers of punk and metal bands like Dead Kennedys, Subhumans and Iron Maiden.

Cripta Djan’s first solo European exhibition takes a step towards redressing the balance and acknowledging graffiti diverse foundations. In some respects, pixação is performance art and the act of scaling the exterior of tower blocks is an intrinsic element of the craft. Knowing that this sense of raw danger cannot be directly transposed into the canvas, Djan’s studio work is instead shaped and influenced by other elements of pixação, which he has practiced on the street since 1996. For example, the movement derives its name from ‘piche’, the Portuguese word for tar, which was the substance originally used by the first modern wave of pixadores like Edmilson Macena de Oliveira A.K.A. Di. This monochrome approach has dominated ever since and, in keeping, Djan’s body of work is also executed exclusively in black on white. The calligraphy on the canvas is constructed in lateral bands reflecting the physical constraints presented to pixadores as they paint the full width of one floor after another of a building.

Over the last few years, the Paulistano painter has continually produced works from his ‘Manifesto Periférico’ series. These present written but highly stylized accounts of the everyday struggles and enduring aspirations of pixadores, who predominantly come from marginalized, and sometimes brutalized, sections of society. From this series, the artist has included in this show a collection of canvases which transcribe his essay entitled ‘The Mute Scream of the Invisible Ones’. Djan’s considered and sculptural letterforms are displayed in a total of 22 canvases and the exhibition also includes photographs documenting writers in action on the streets of Brazil and a slightly incongruous Bentley car.

The exhibition runs in partnership with Suben Art Management until 22 July (12 noon to 8 pm) at The Tramshed, 30 Kenyon Street, Birmingham, B18 6AR, UK. 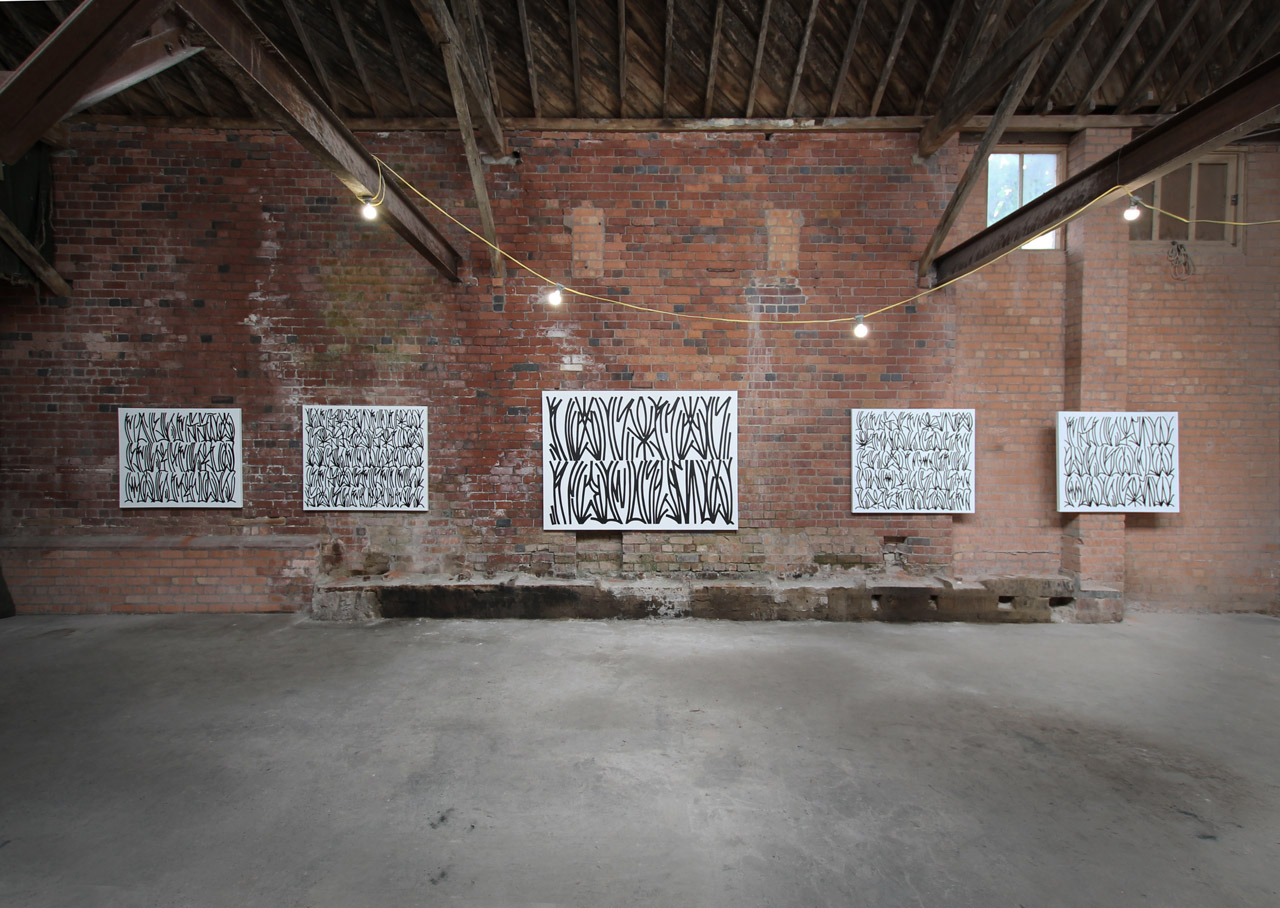 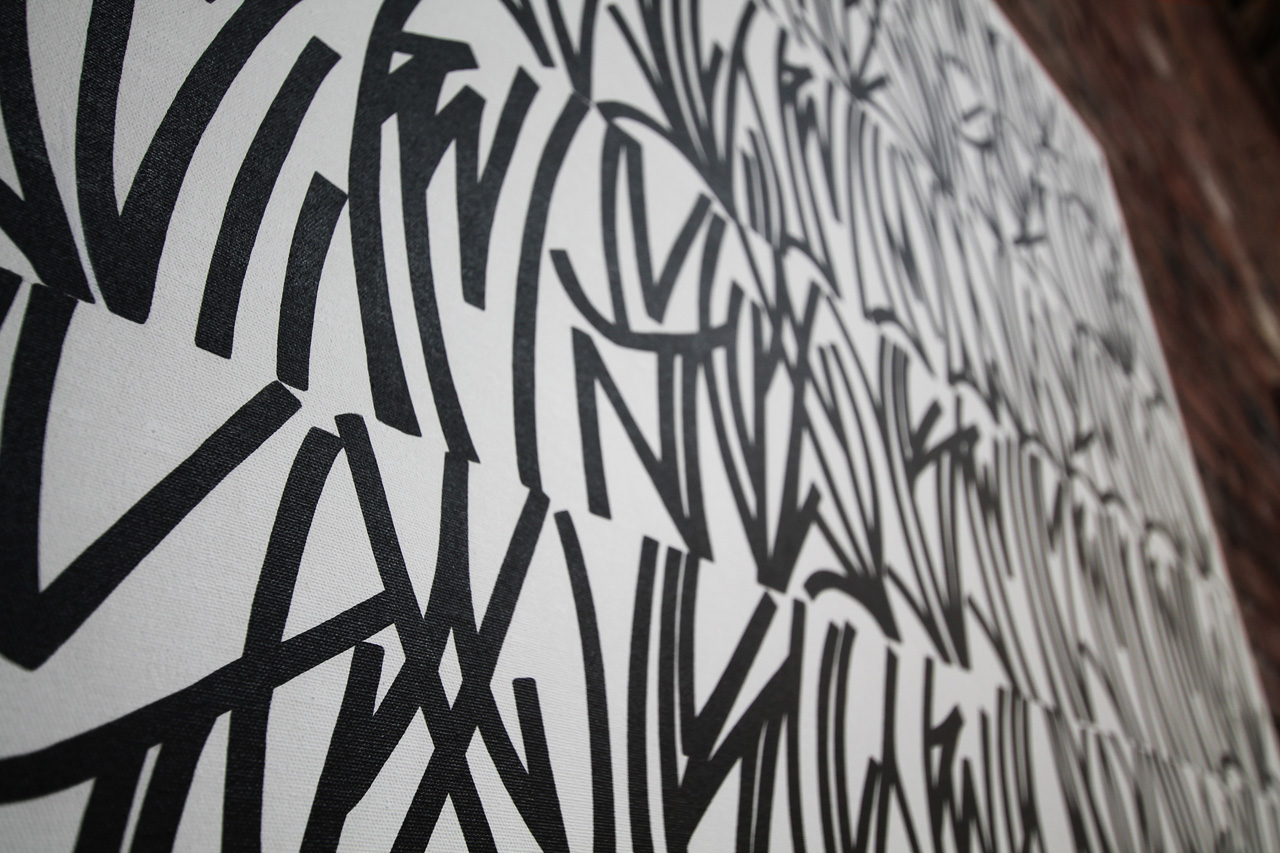 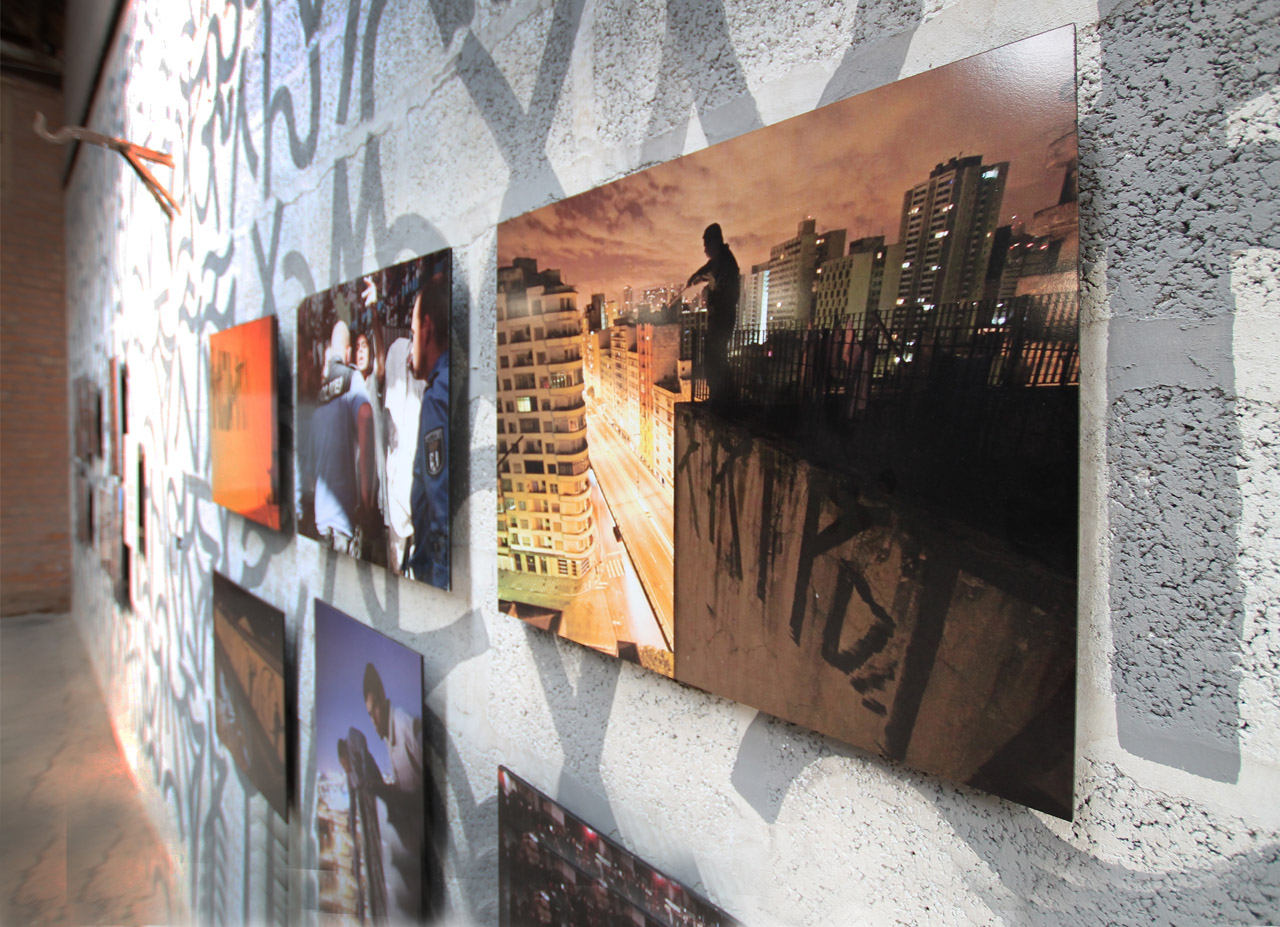 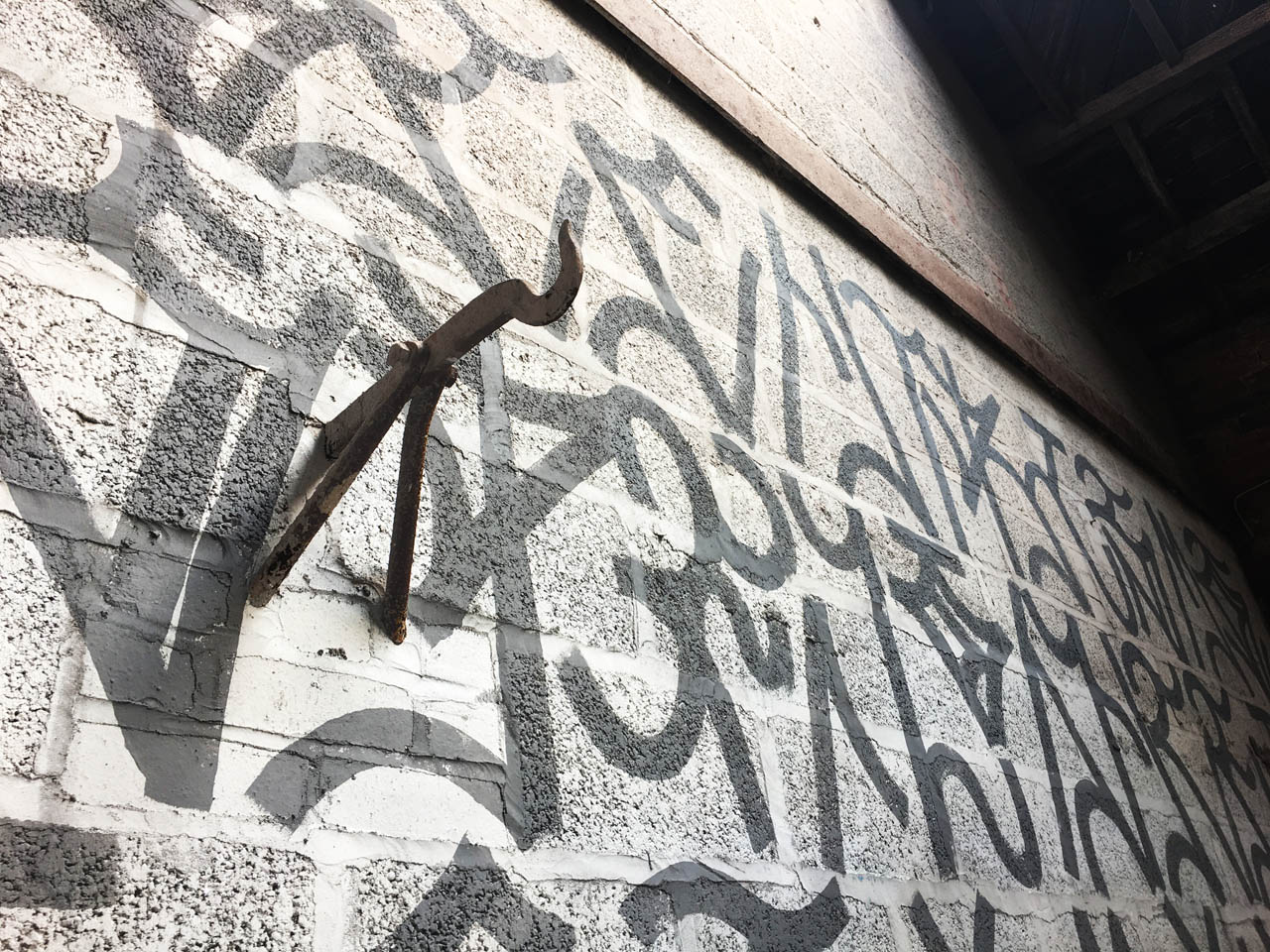 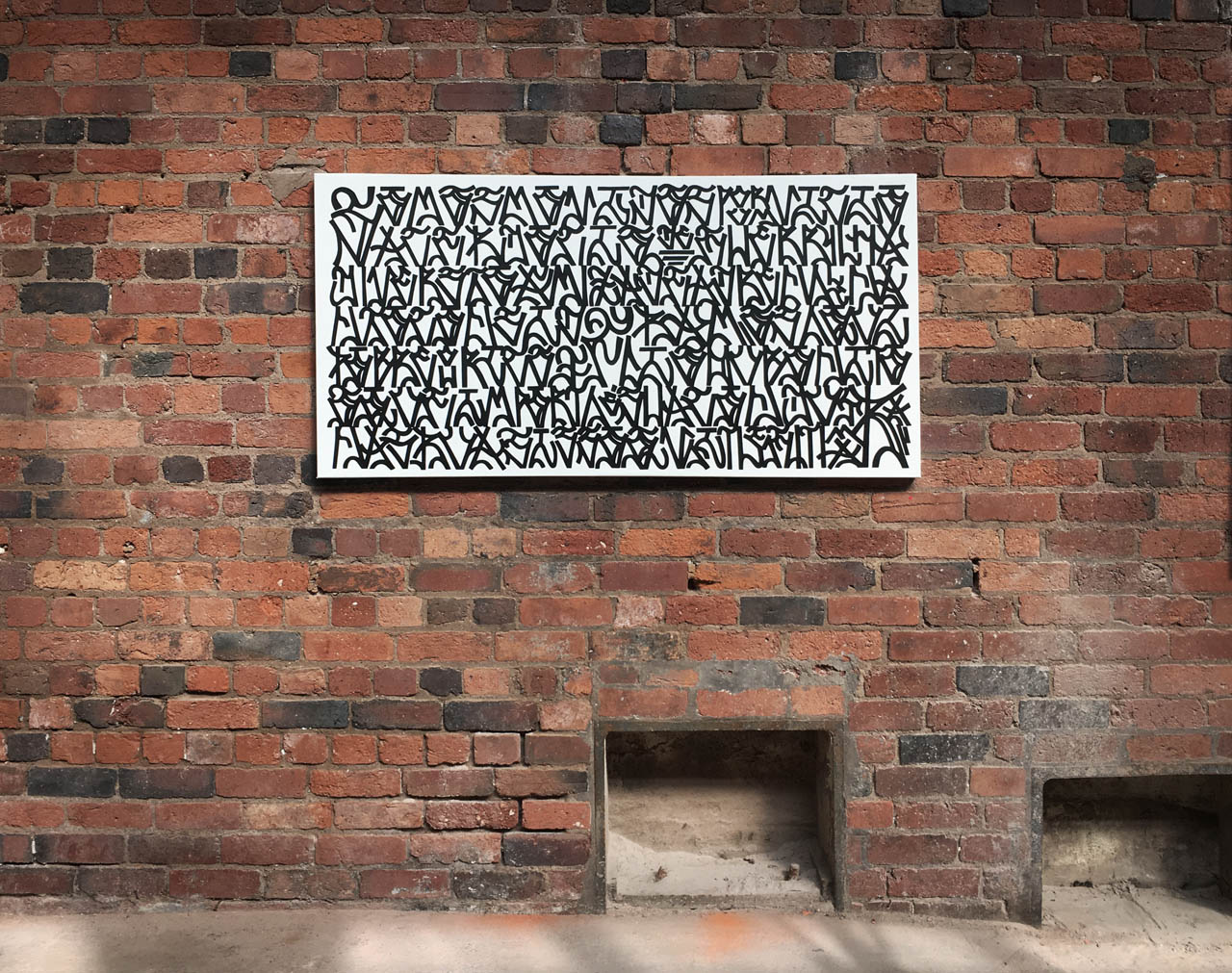 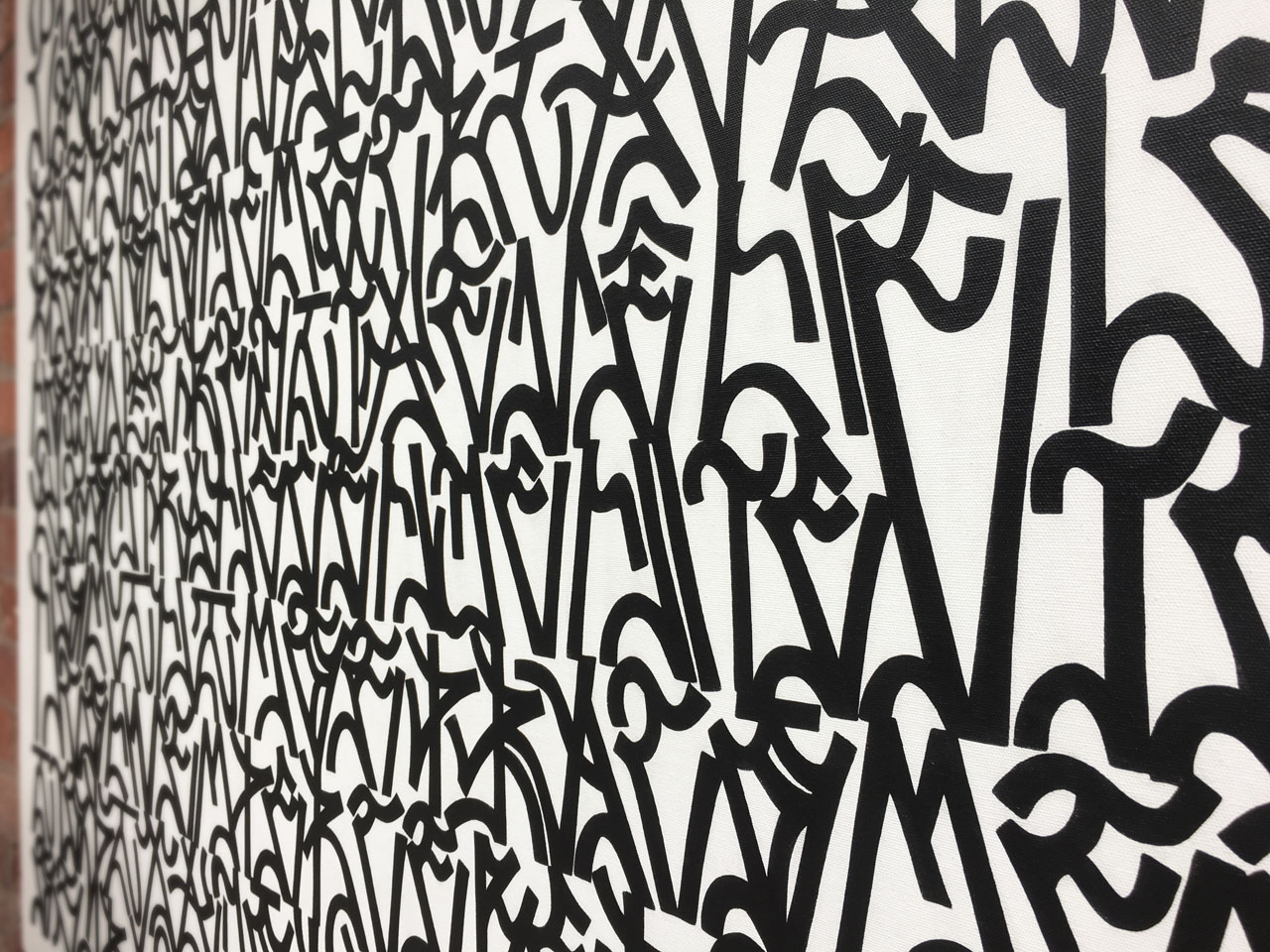 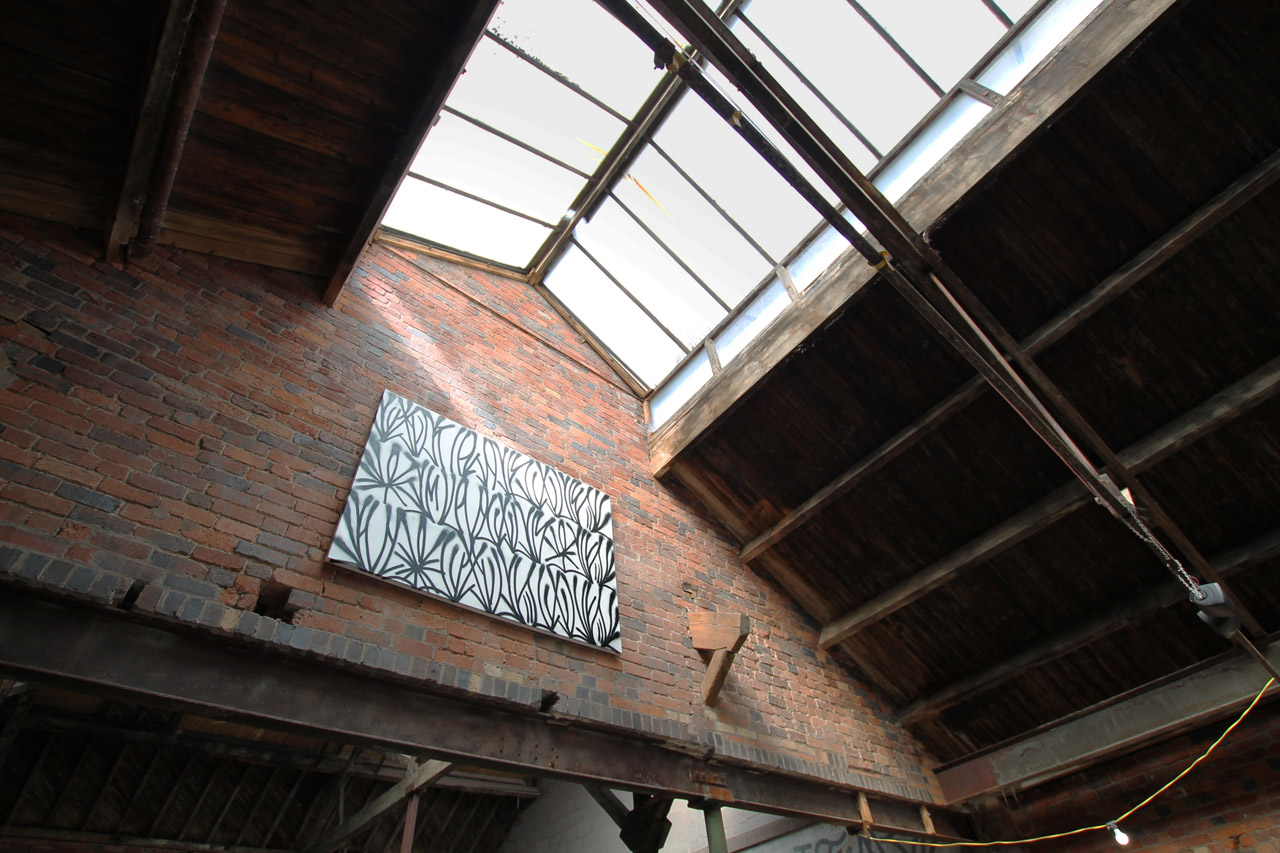