Commissioned by the Mexican Secretariat of Foreign Affairs (SRE), El Mac recently completed a mural at the US-Mexico border entitled Abuelita de Presidio (Desert Rose). The piece was painted on a ten-story high water tank in the remote border community of Presidio, Texas, facing its southern neighbor Ojinaga, Chihuahua. Visible from both countries, the portrait featuring his distinct style was based on a 62-year-old Presidio resident who runs a secondhand shop just a stone’s throw from the International Port of Entry who was originally from Mexico.

The Los Angeles-based artist further explains – “It was the kind of project I would do for myself anyway. No part of it ever felt uncomfortable to me and I think it was clear that everyone behind it had good intentions. This is a general gesture of goodwill. “I think they were making a point that even the smallest and most remote town is still important and still considered, still relevant.” 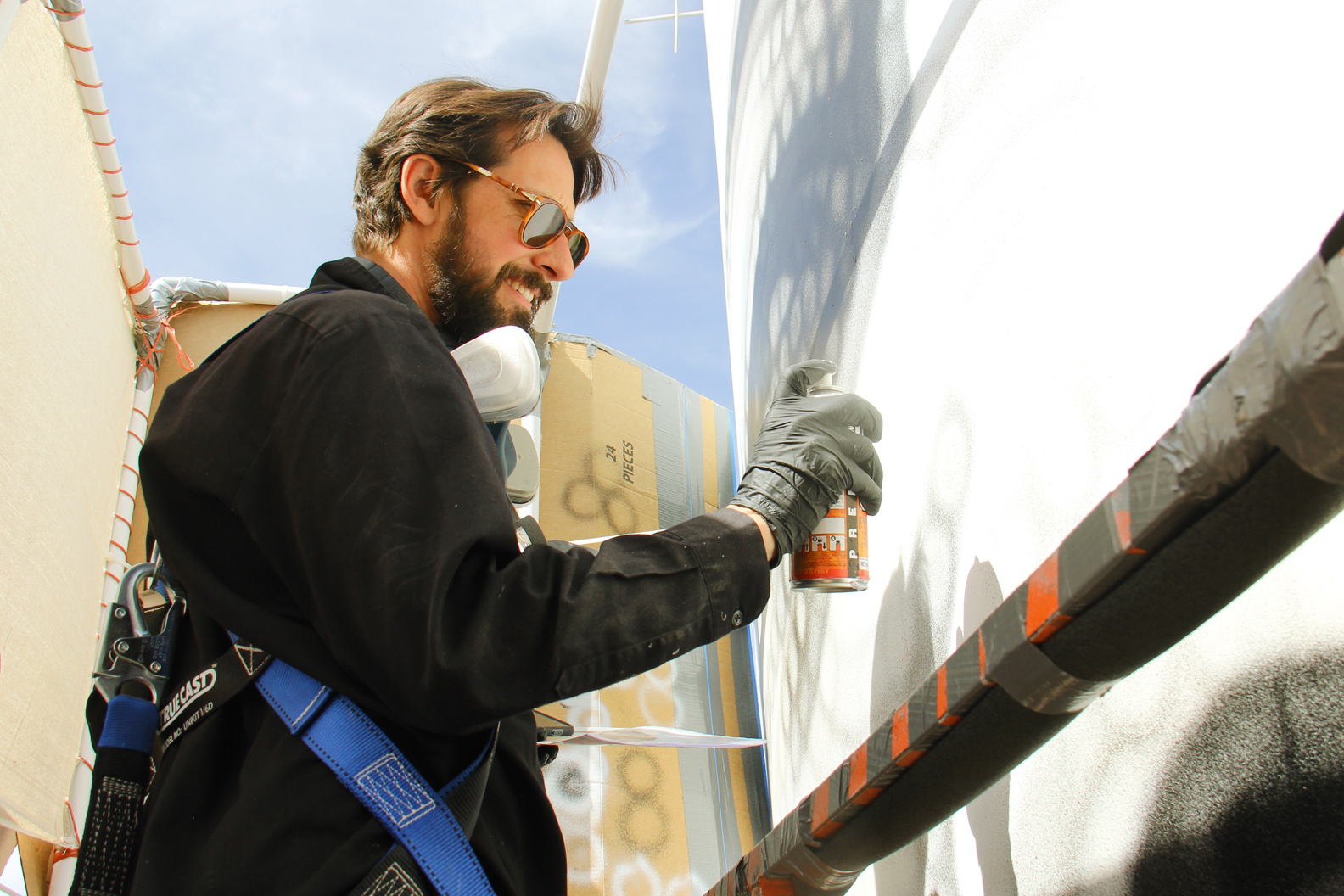 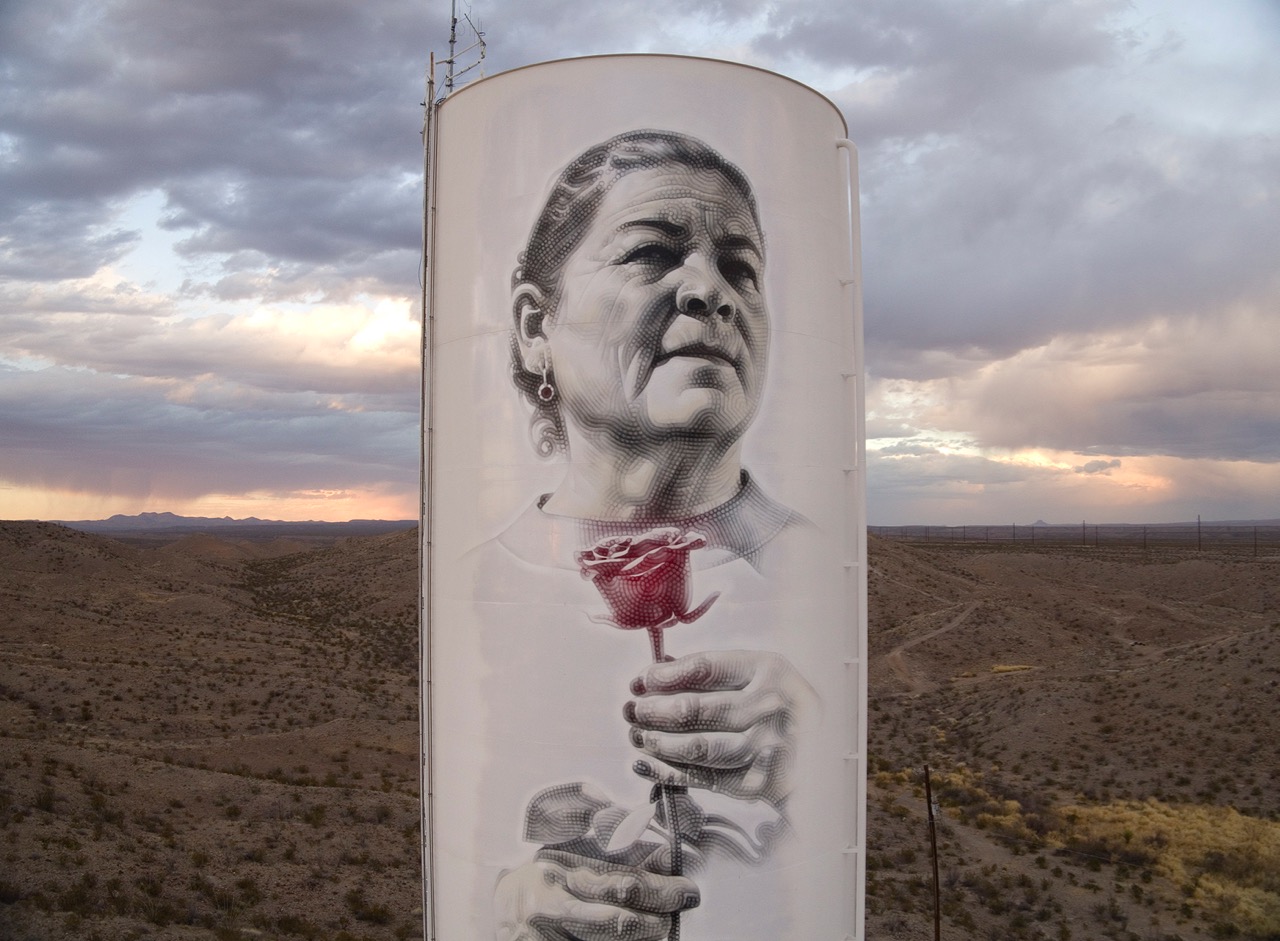 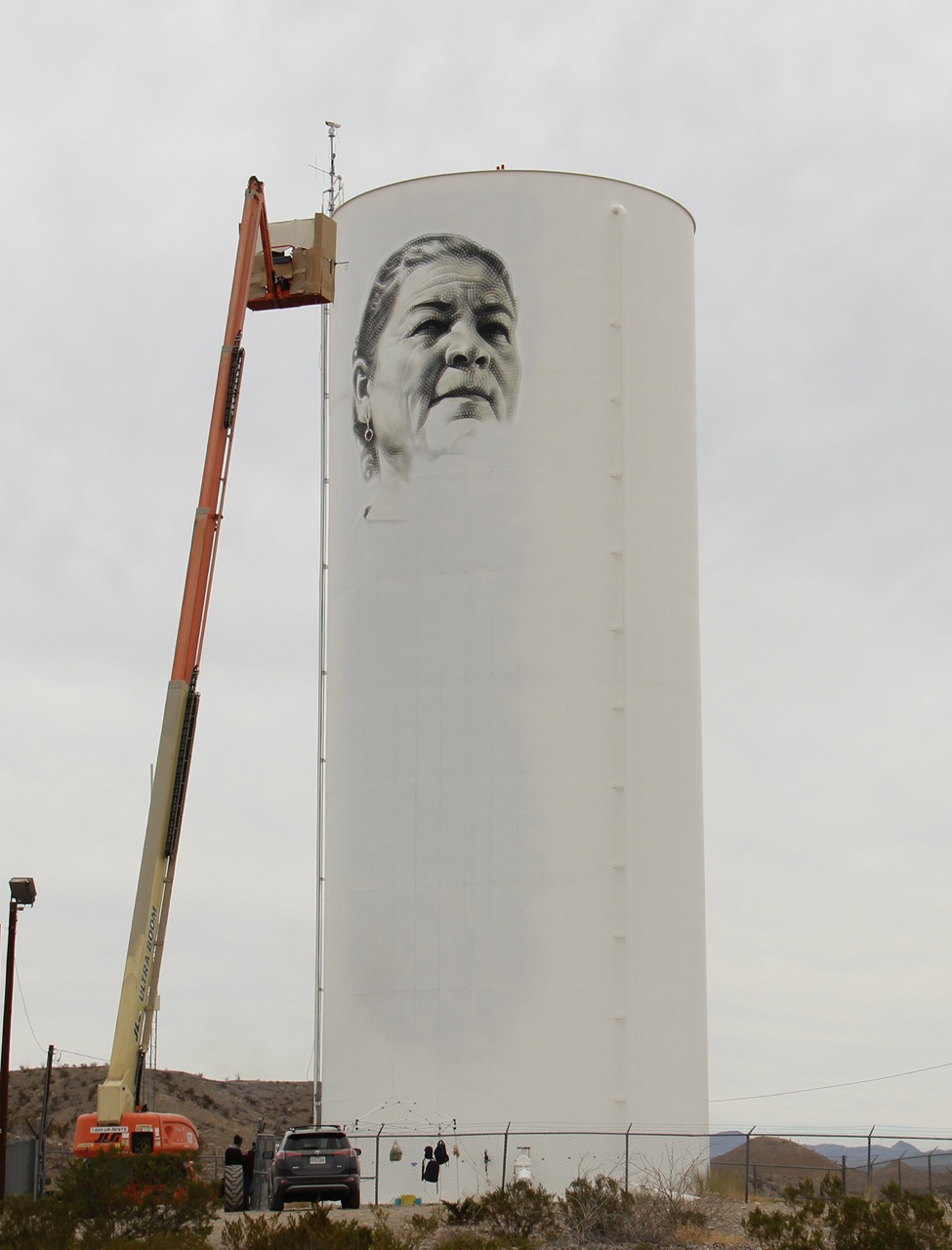 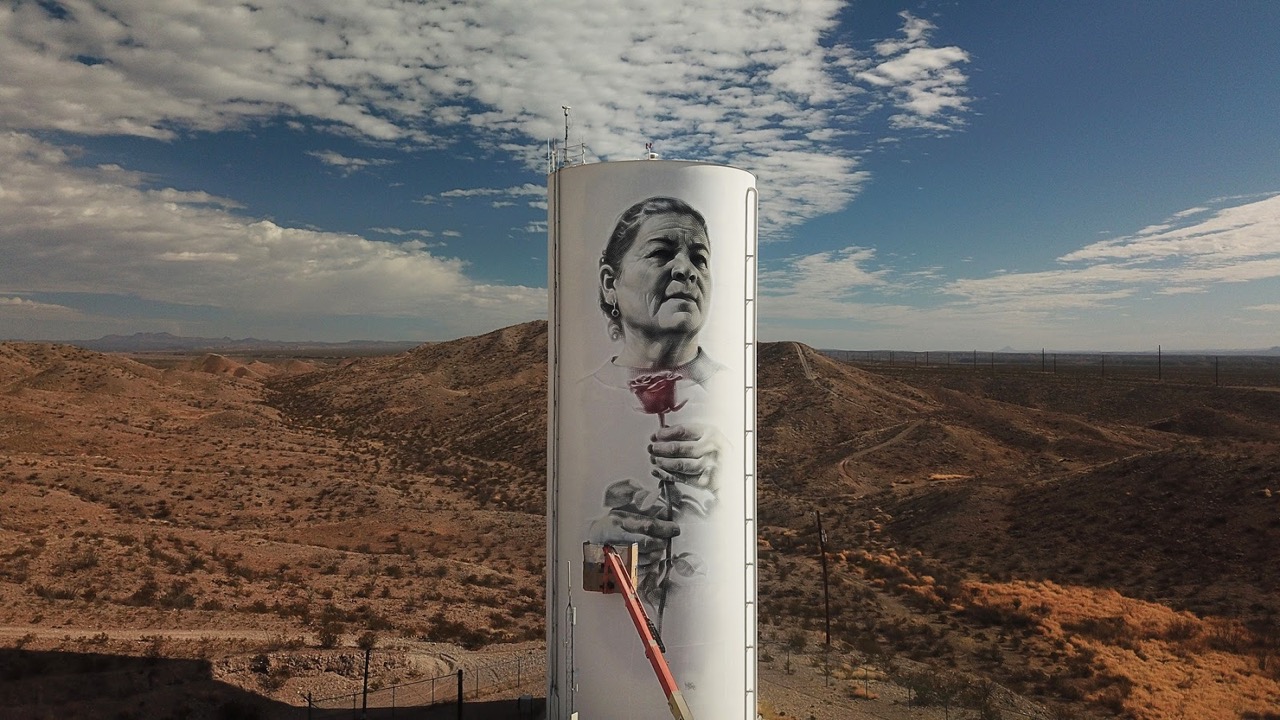 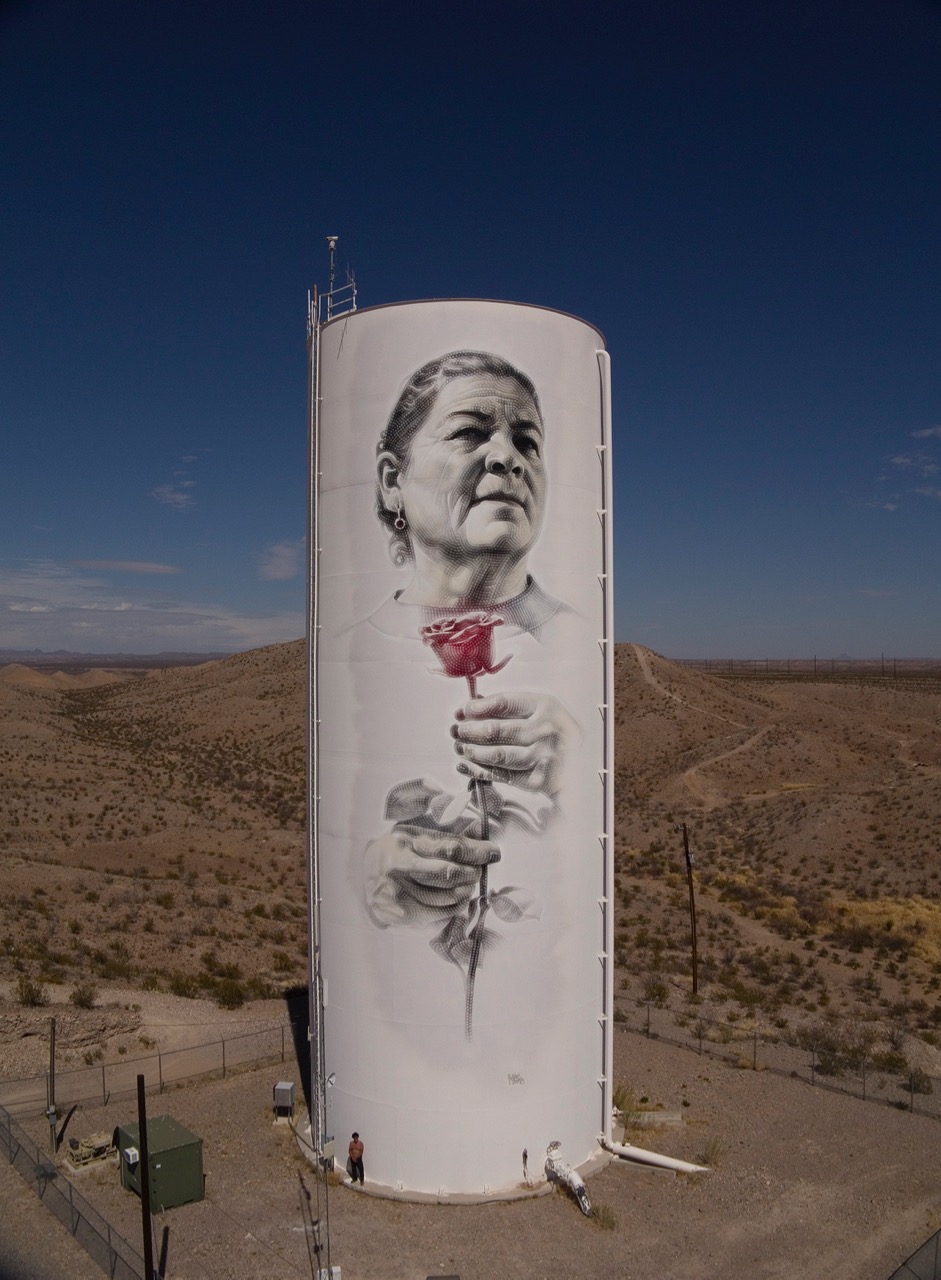 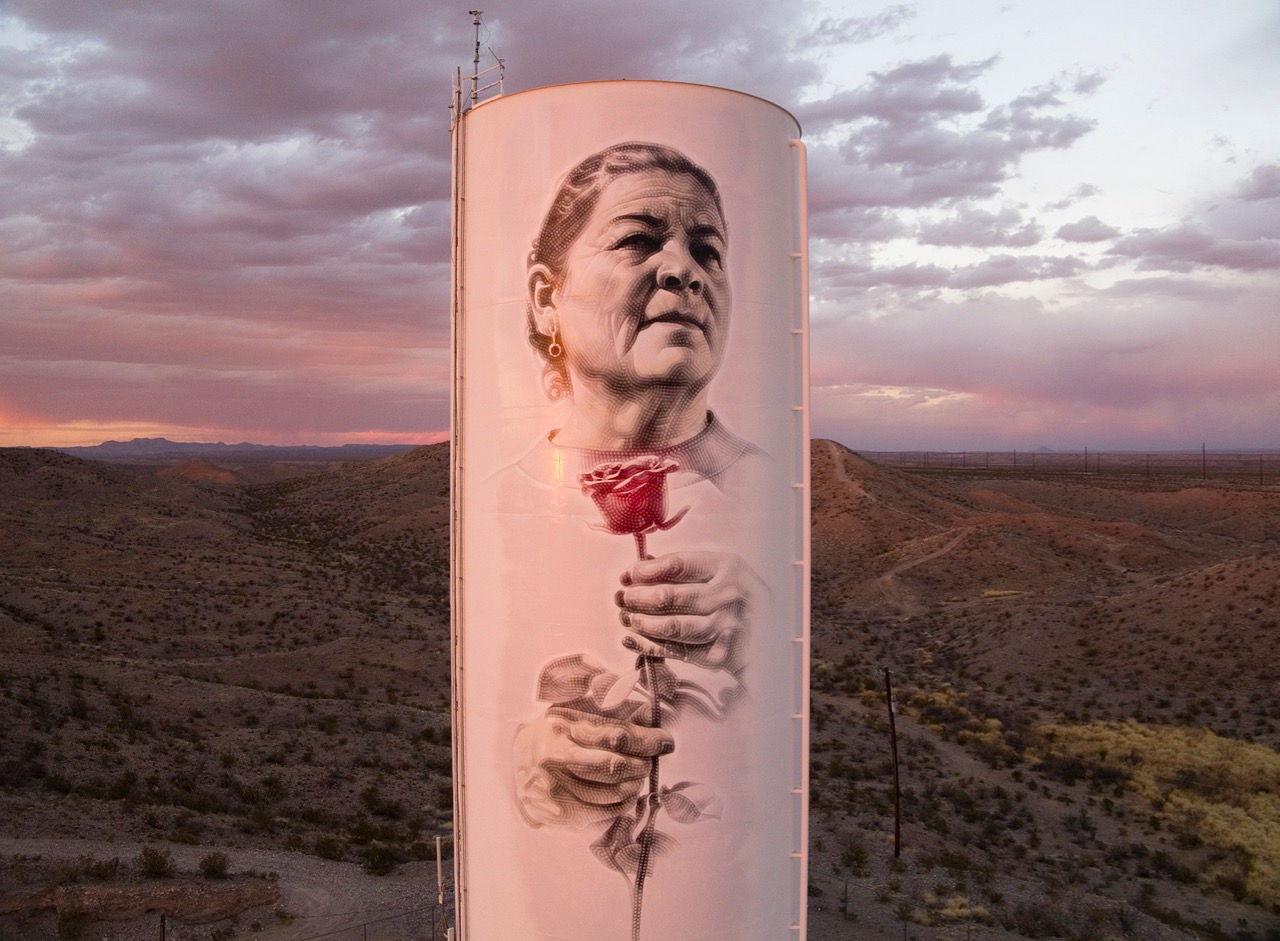