Conor Harrington (interviewed) recently returned to London with a new solo exhibition entitled The Story of Us and Them at HENI Gallery. Fascinated by art history, especially from the Renaissance and Baroque era, the Irish born artist combines classical oil painting techniques and graffiti influences to explore patriotism and contemporary social-political themes.

The exhibition features 12 new large-scale works featuring two fictional male figures dressed in ornate uniforms fighting each other and brandishing their bright coloured flags as weapons. “The works are set against a background of a fictional nation state and feature two so-called ‘blind patriots’ engaged in combat,” the gallery said. “By using predominantly red and blue in their apparel and the flags they brandish, Harrington draws on the various political and cultural connotations associated with this pairing to make a comment on society today.”

The viewer is immediately transported into this semi-fictional tale, through bold and vibrant colours, while the energetic brushstrokes accentuate the feeling of drama and movement. Duality is an omnipresent theme – realism vs, onirism – and a sense of political division occurs through the use of palette and flags. Harrington’s painting techniques have also evolved with more loose paint gestures, as well as with the use of solvent and extinguishers to create some blurring effects while some elements of the composition are in focus with intricate details such as the uniforms or expressions of the faces.

A short film by Andrew Telling included below looks into the creative process for the exhibition. 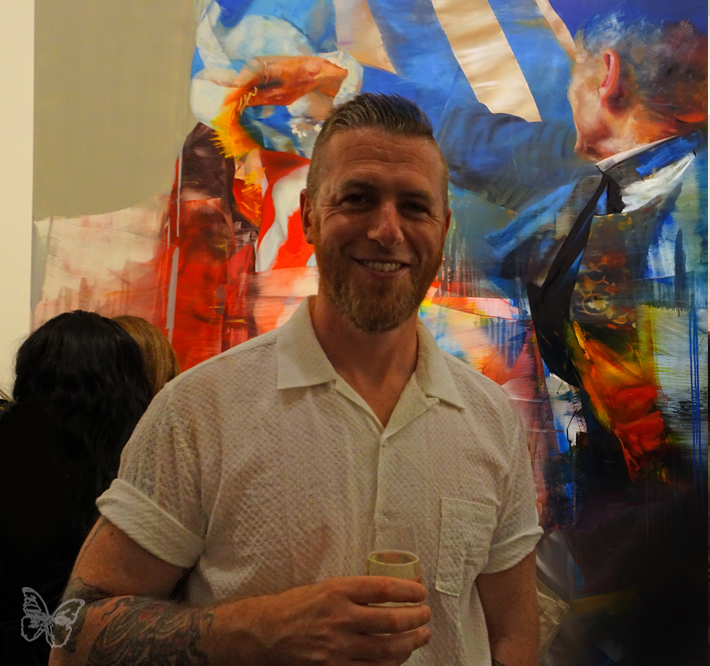 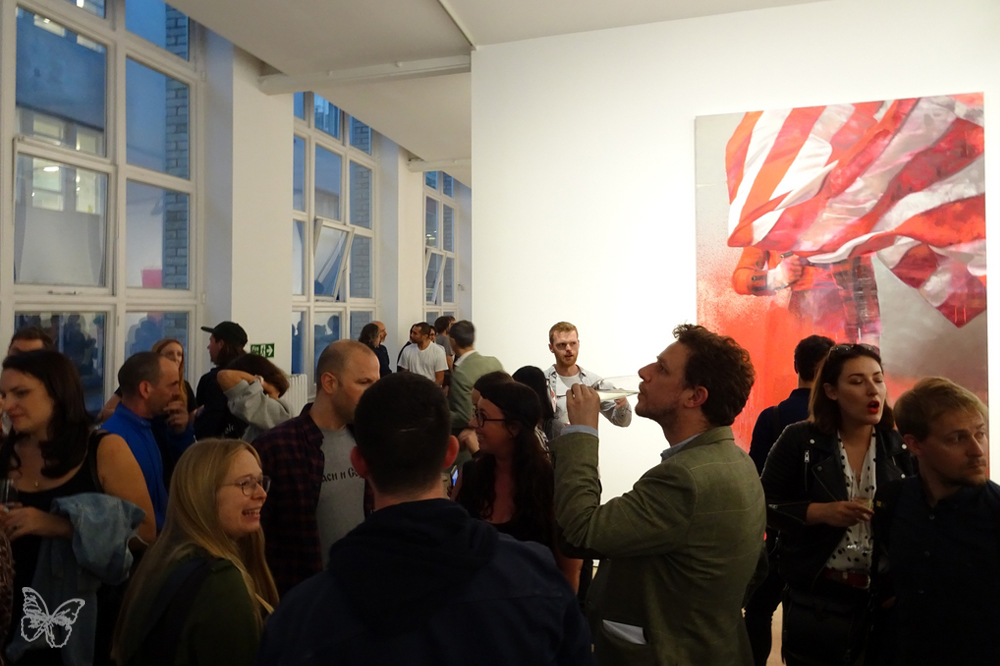 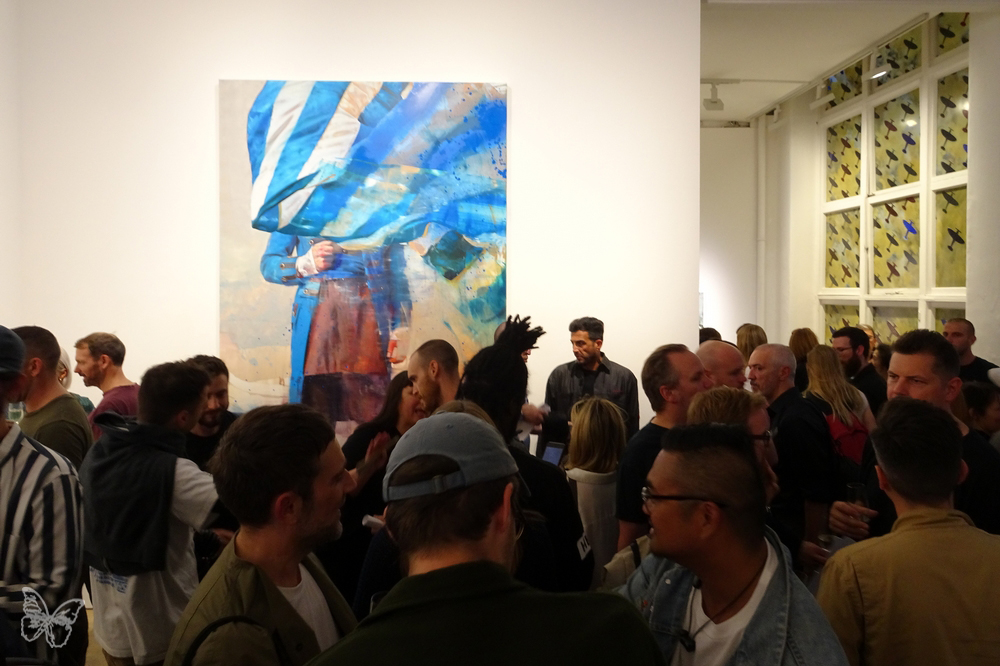 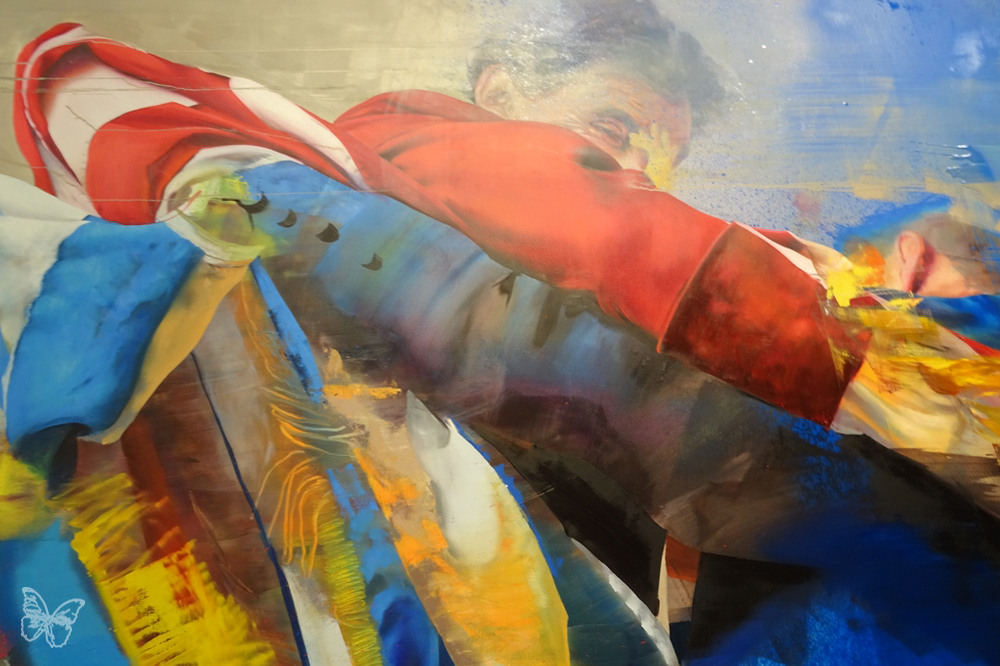 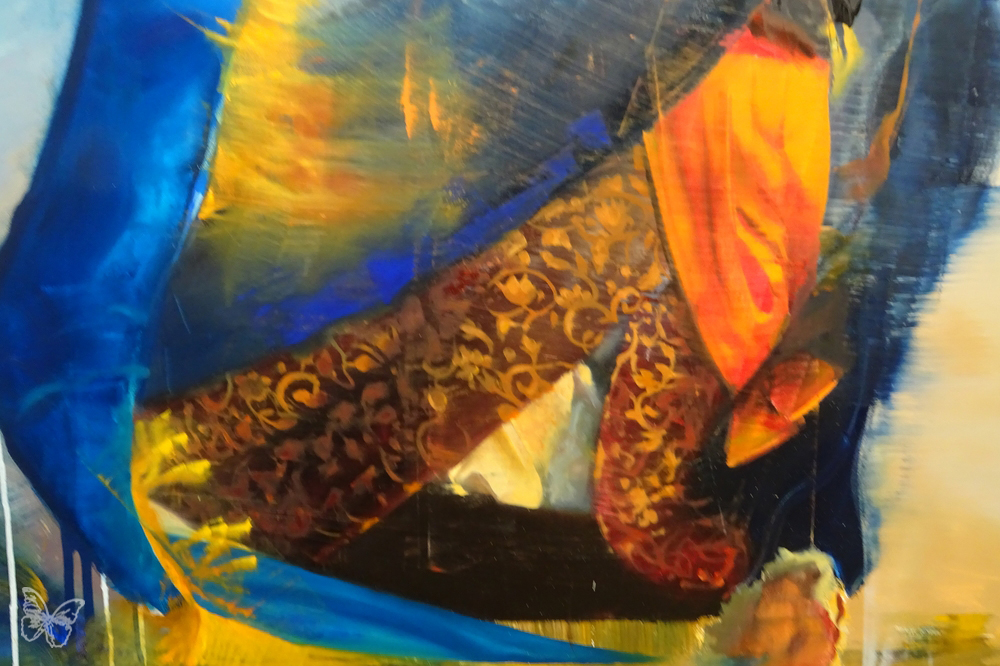 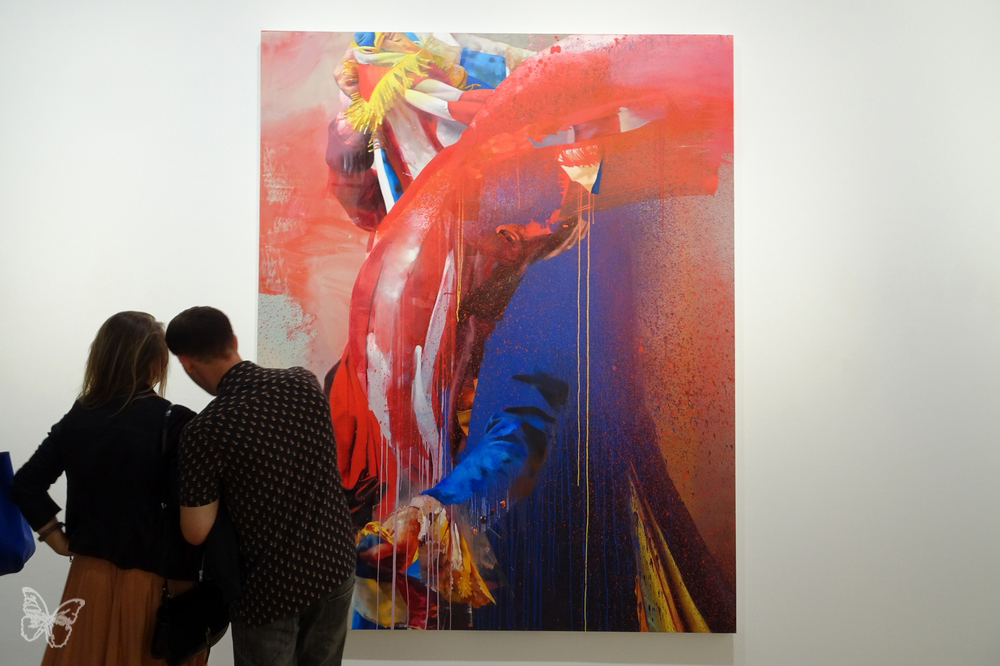 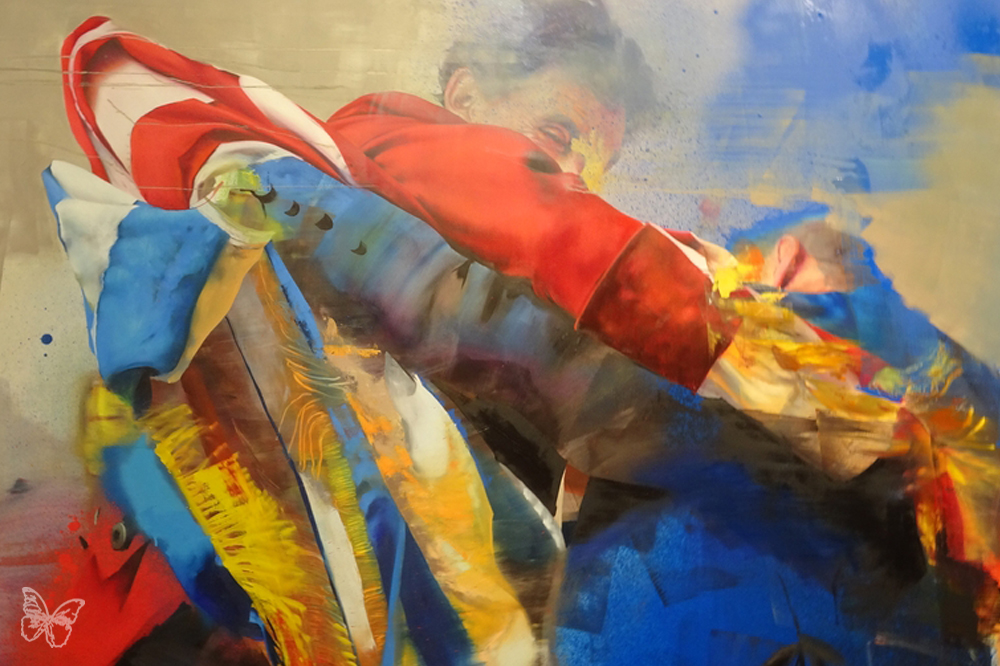 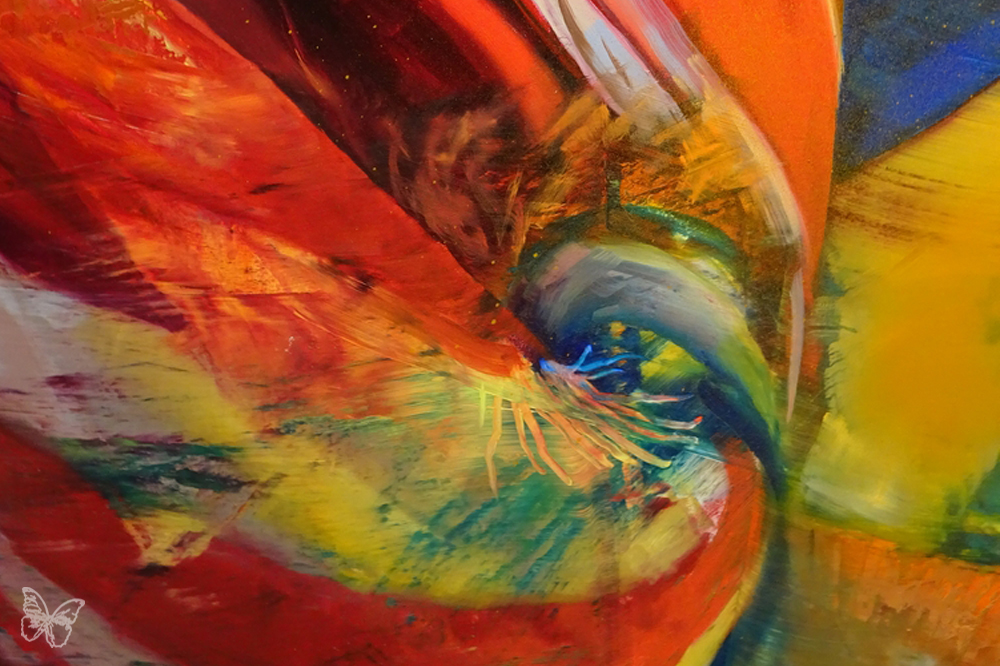