For the fourth edition of Murals In The Market, anamorphic street artist Leon Keer recently finished a piece entitled Urban Colonization. Painted on a decrepit building around Detroit’s Eastern Market, the wall featuring the Dutch artist’s considerable 3D skills (aided with some sculptural additions aka painted tires) deals with some of the controversy surrounding the city’s water drainage rate or “rain tax.” He states – “Seems like the water shutoffs and massive drainage charge in Detroit has been set up to seize poor people’s homes and land to conclude deals which embraces more money on the table.” 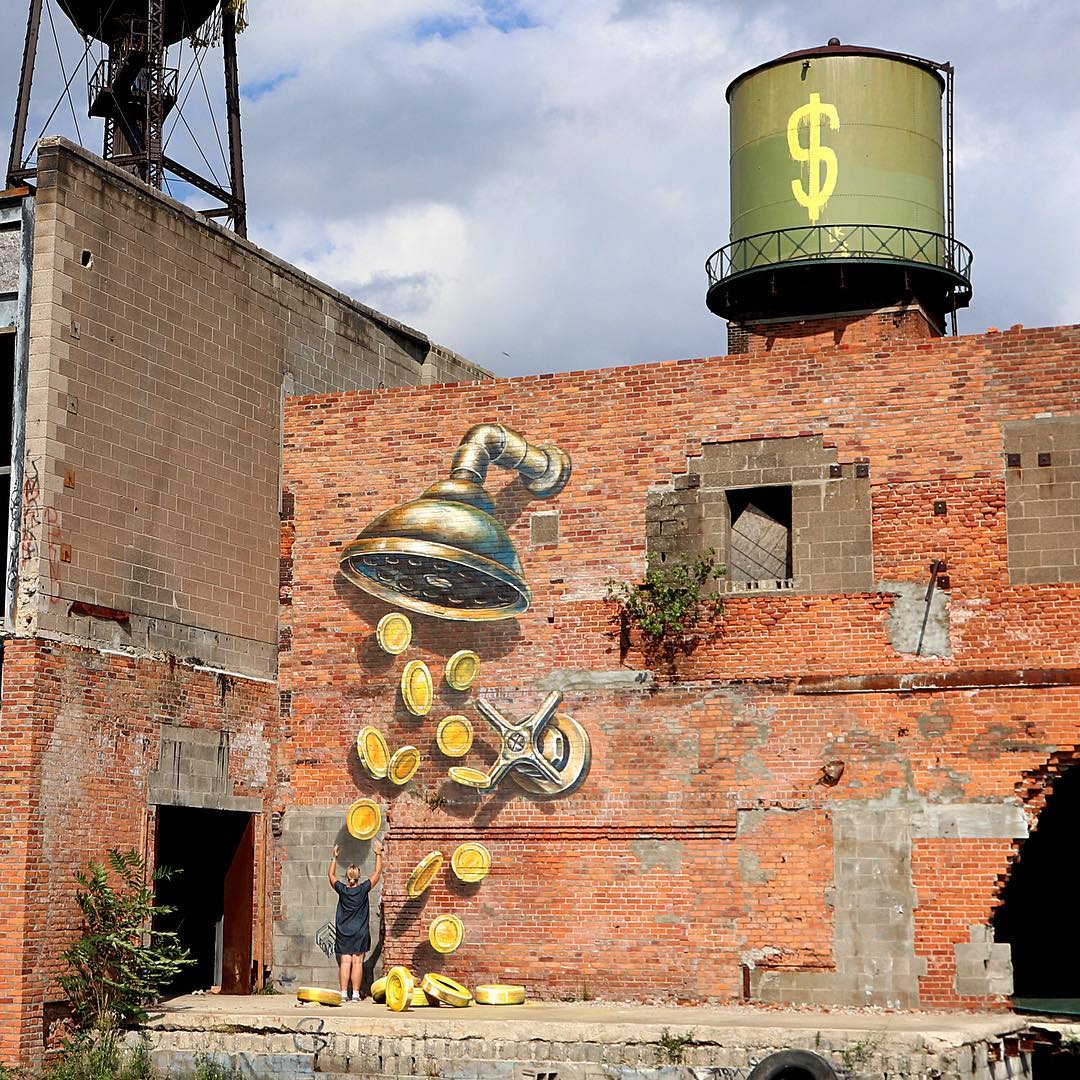 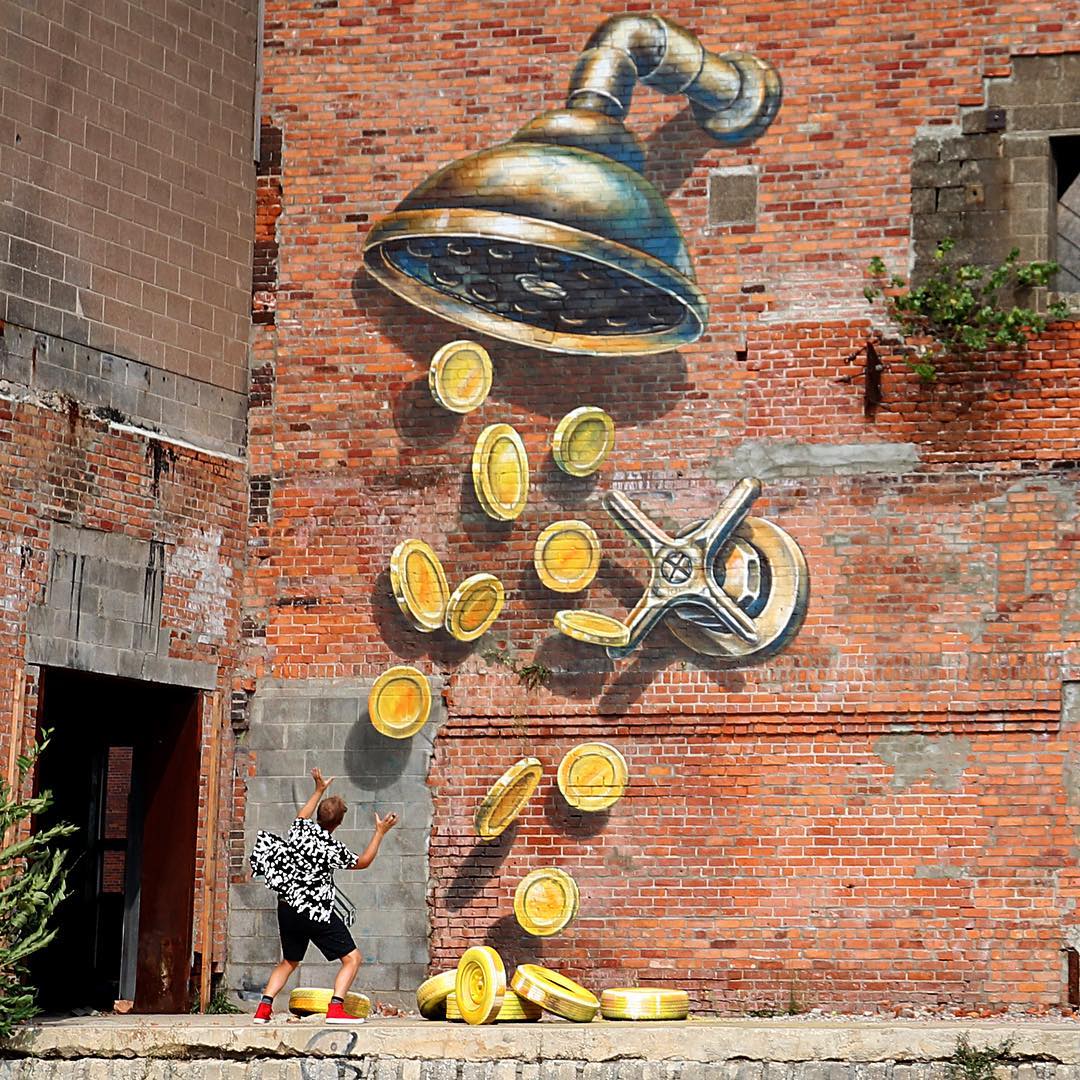 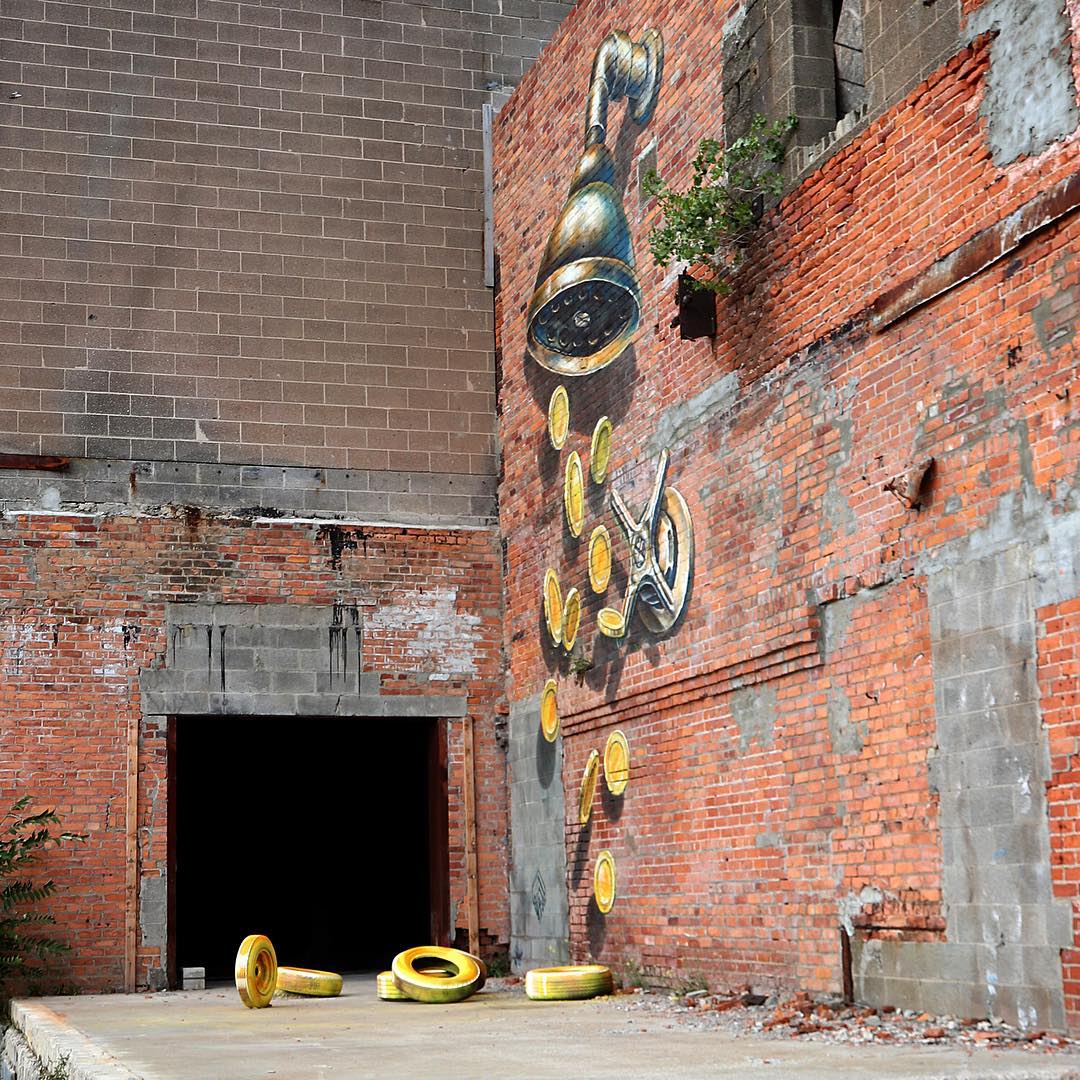 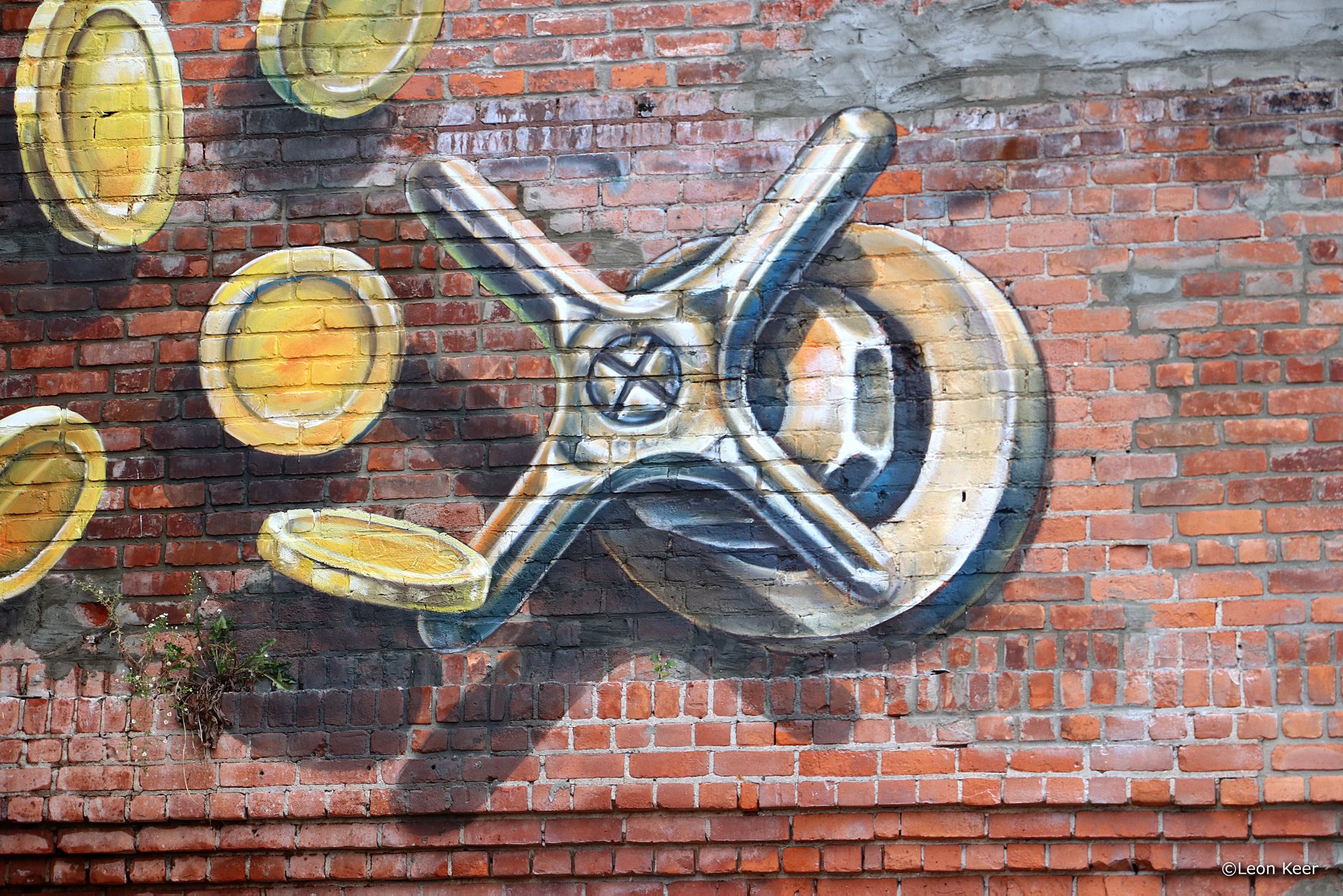 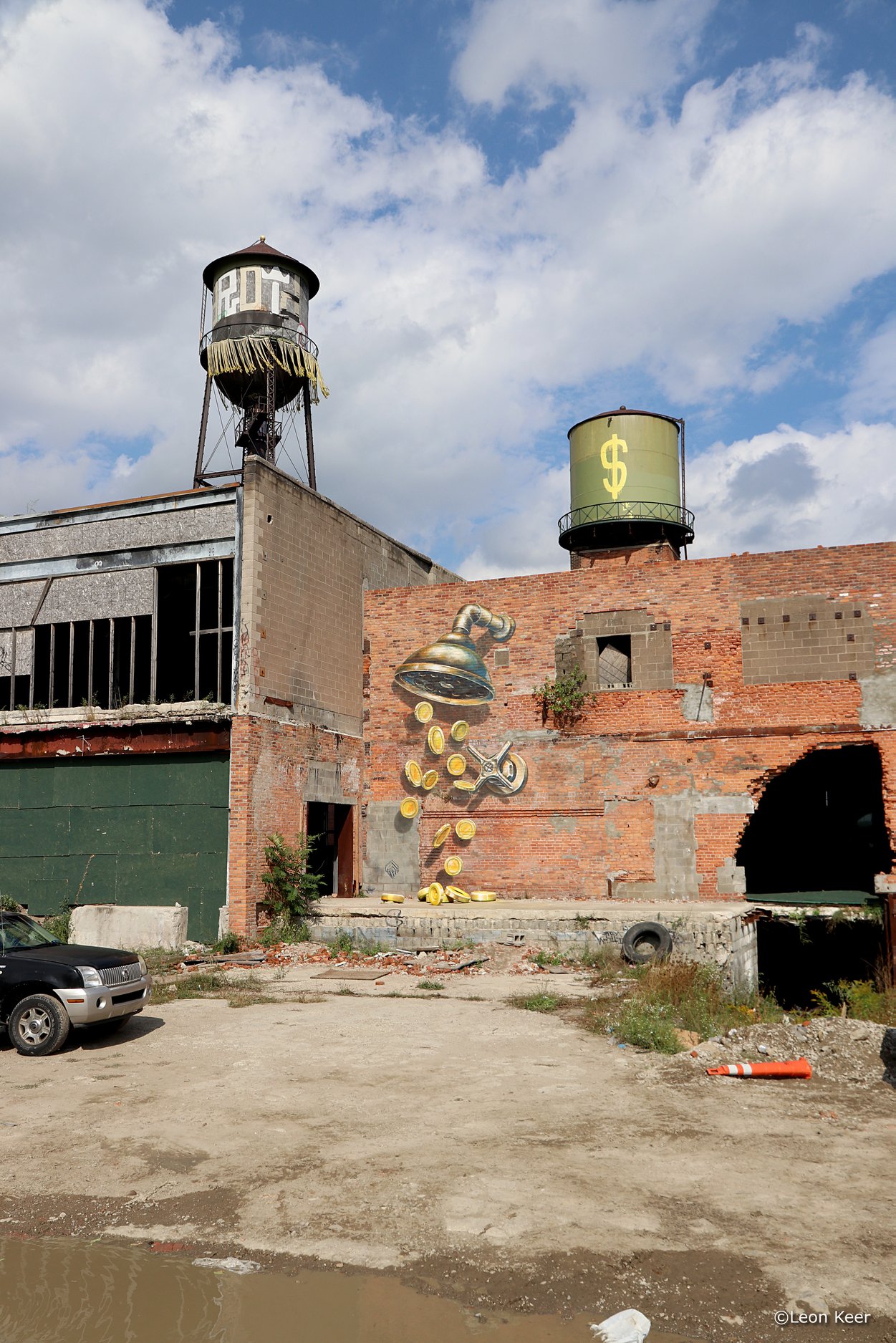 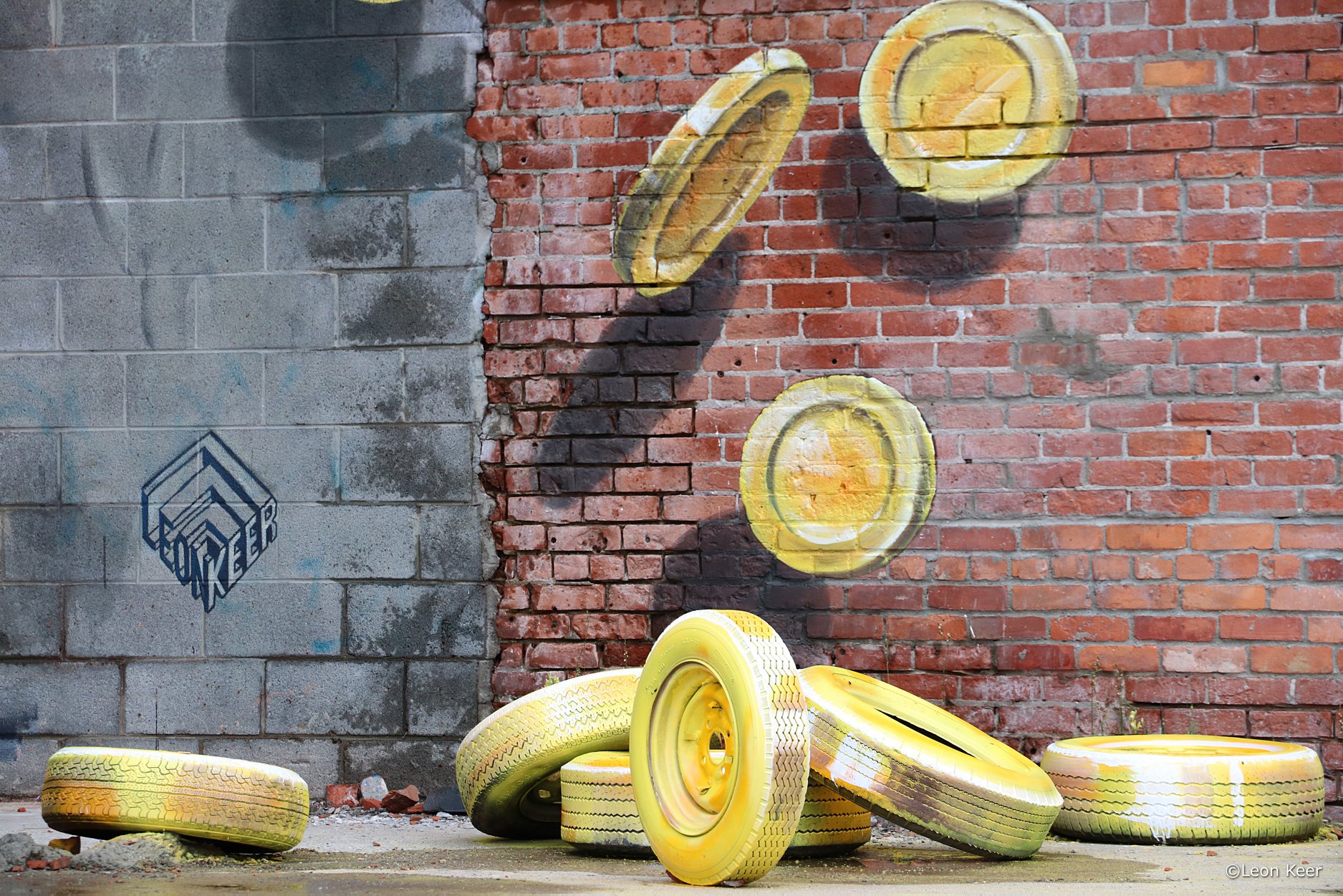 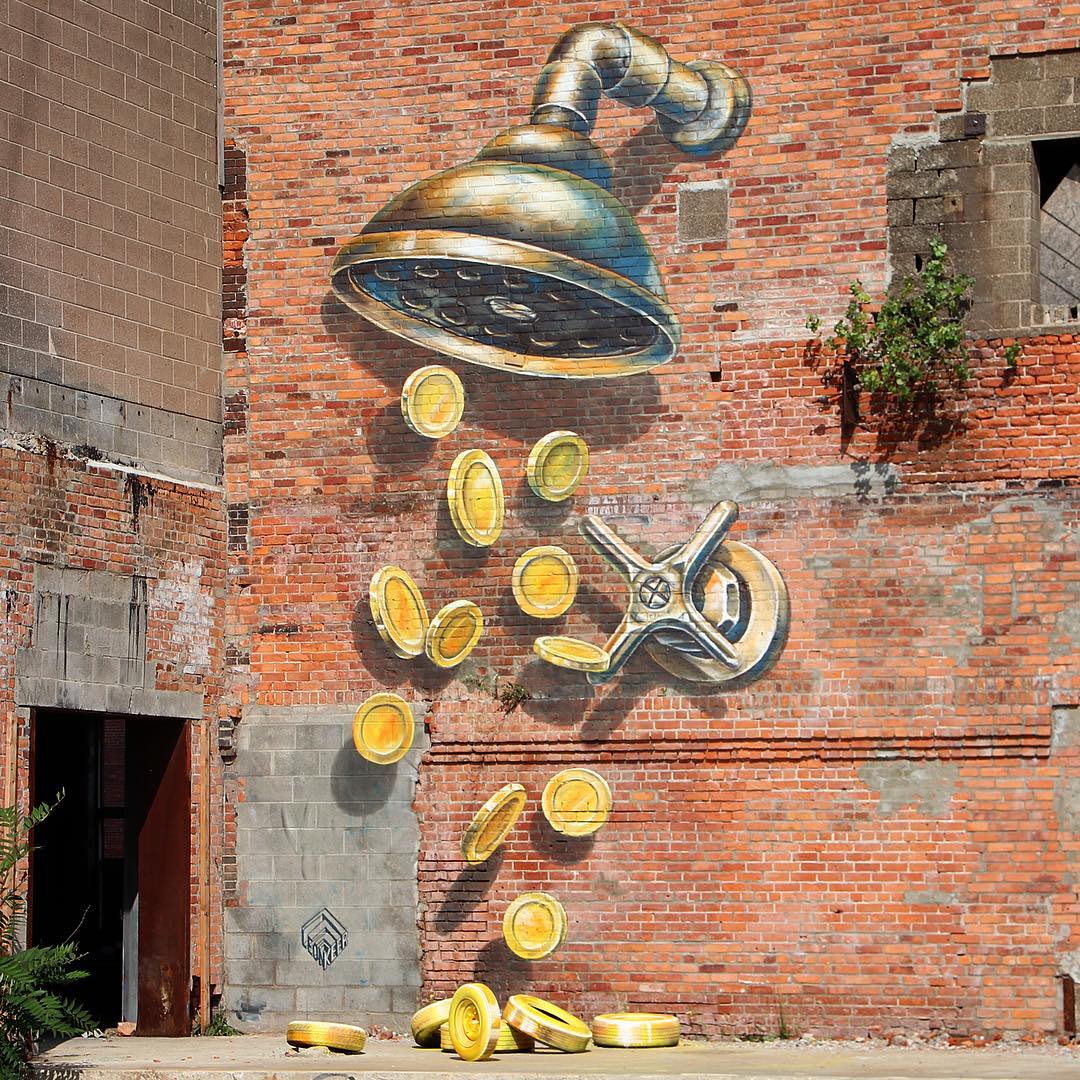 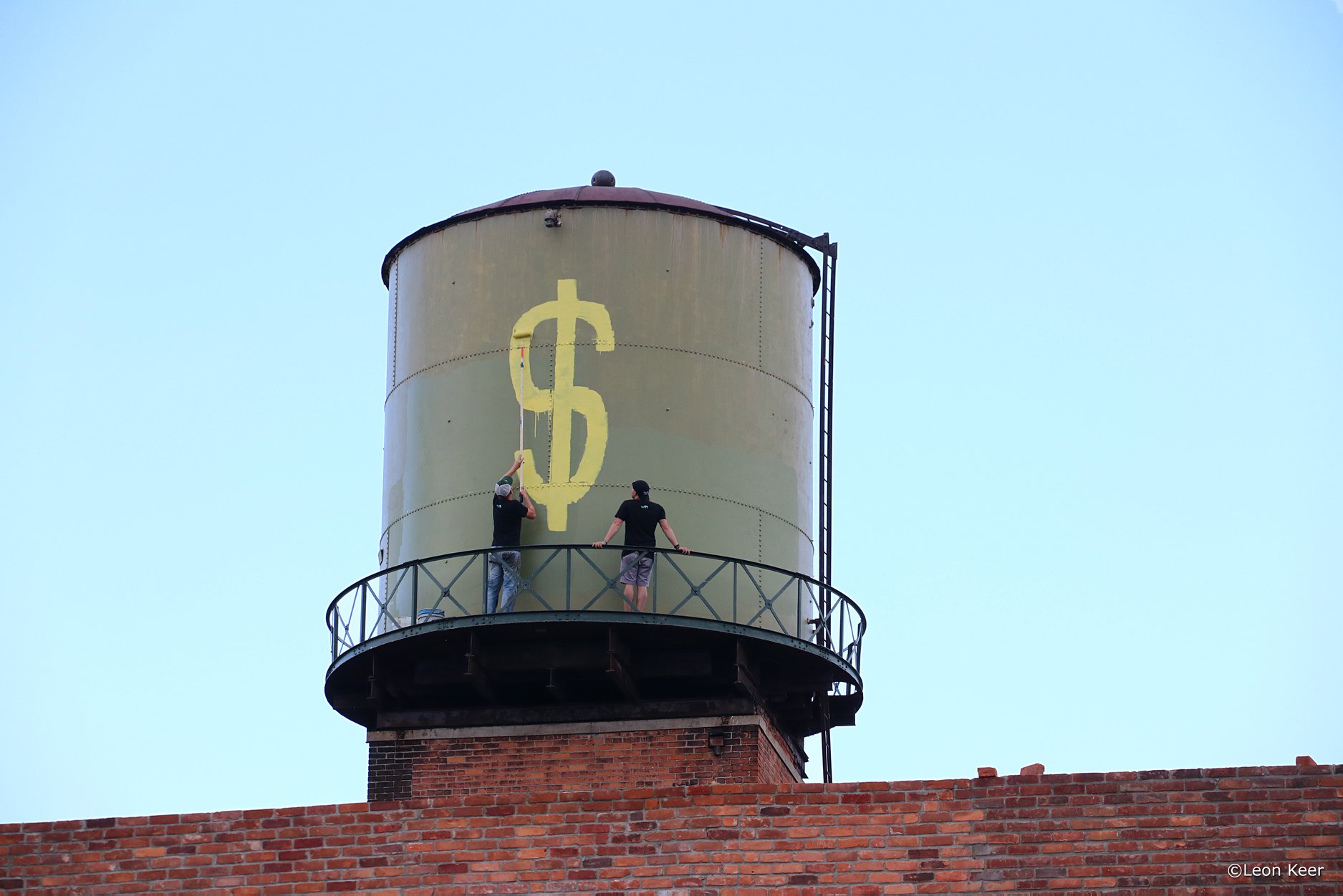