Thursday night in Tokyo, Hajime Sorayama took his signature fembots to the next level with a 39-foot-tall sculpture that took center stage for Dior’s pre-fall 2019 menswear show, towering over the laser-lit catwalk. Creative director Kim Jones’ second collection for the European luxury goods company follows in the artistic footsteps of his debut effort where he tapped KAWS to create a 32-foot-tall statue made of flowers for the Spring/Summer 2019 campaign. No less stunning, Sorayama’s contribution was a 20,000 pound representation of the “idealized female figure in robotic form, a futuristic monolith echoing Monsieur Dior’s constant celebration of the female form divine.” The Japanese artist also reimagined the Dior logo as well as put his accents on the details of the collection. 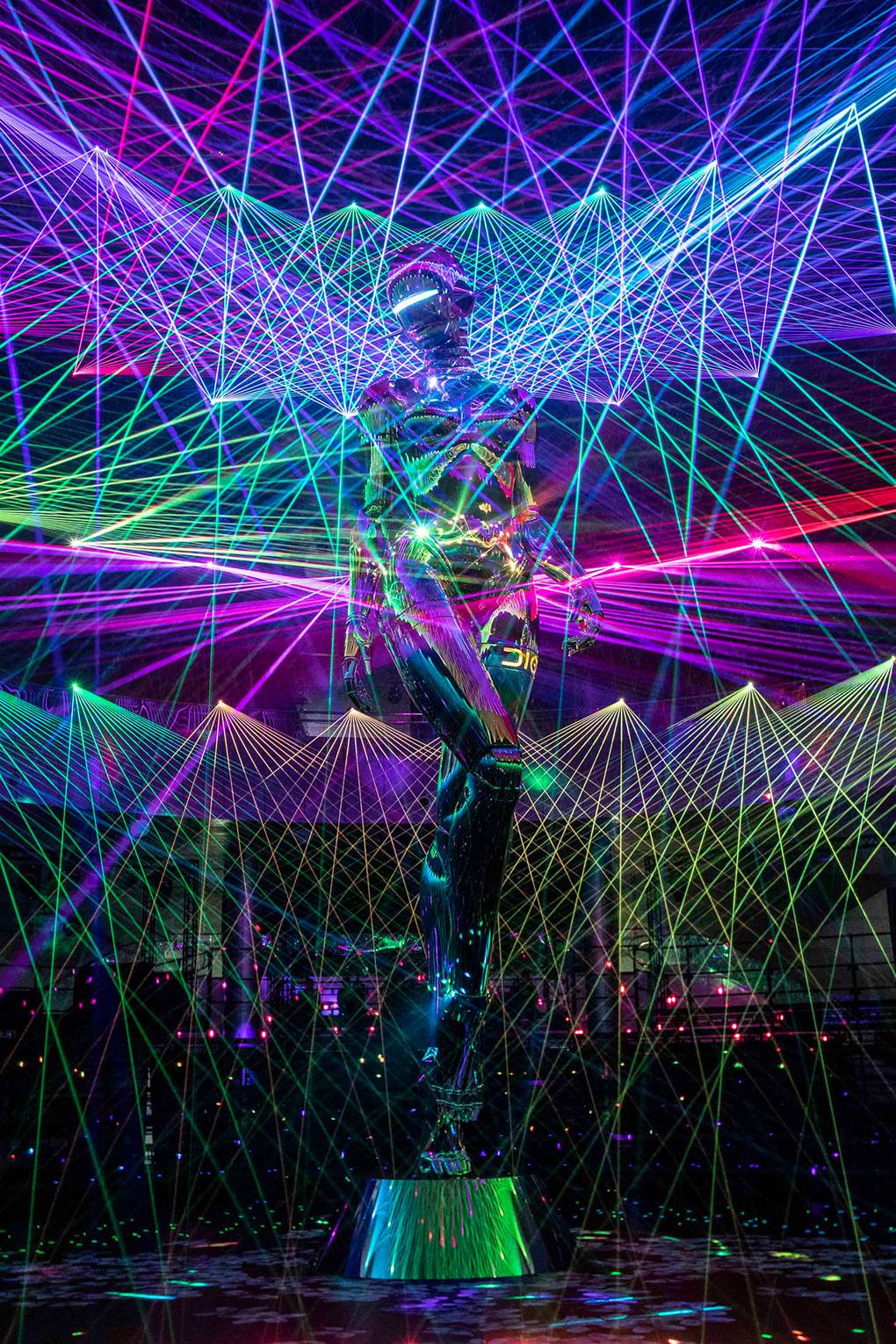 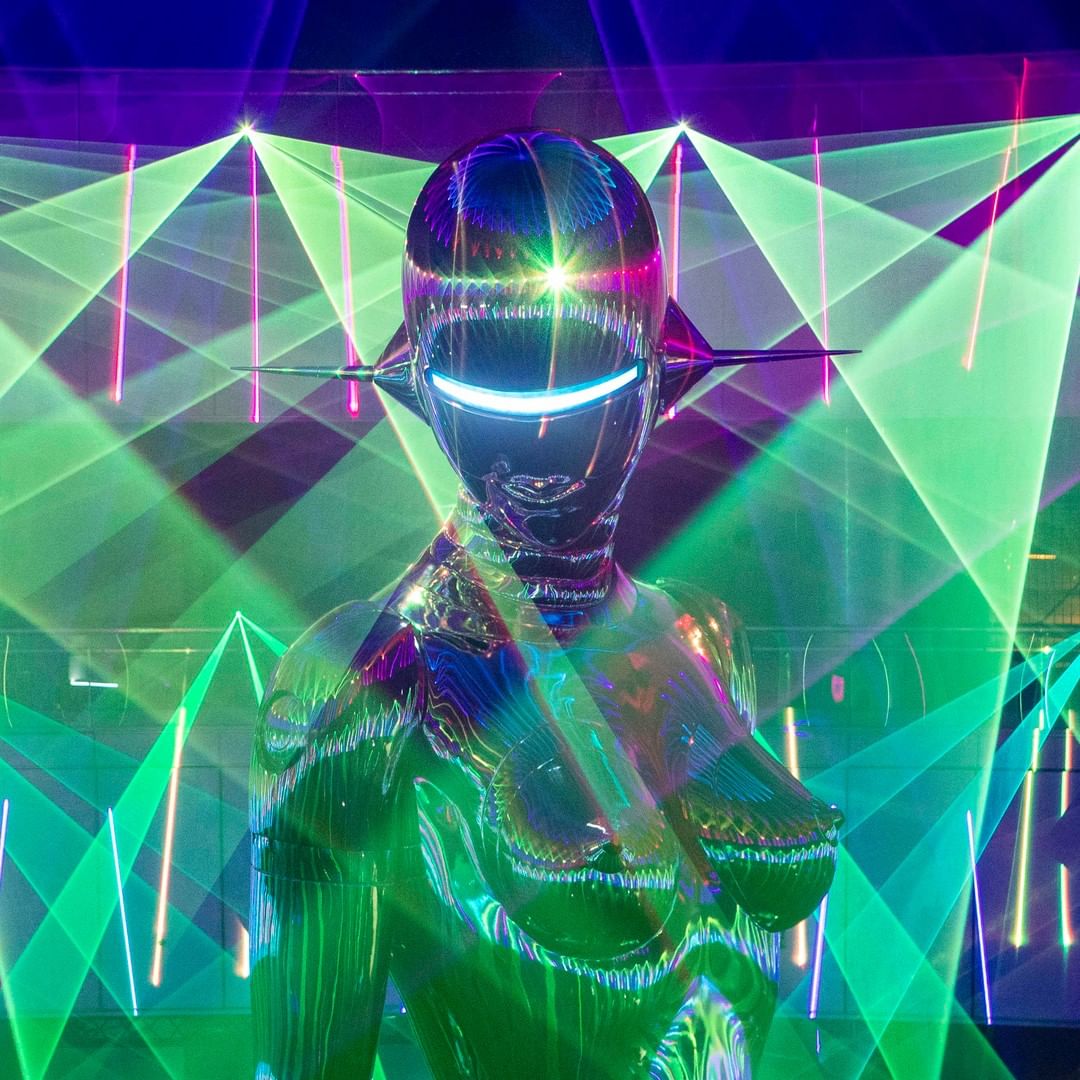 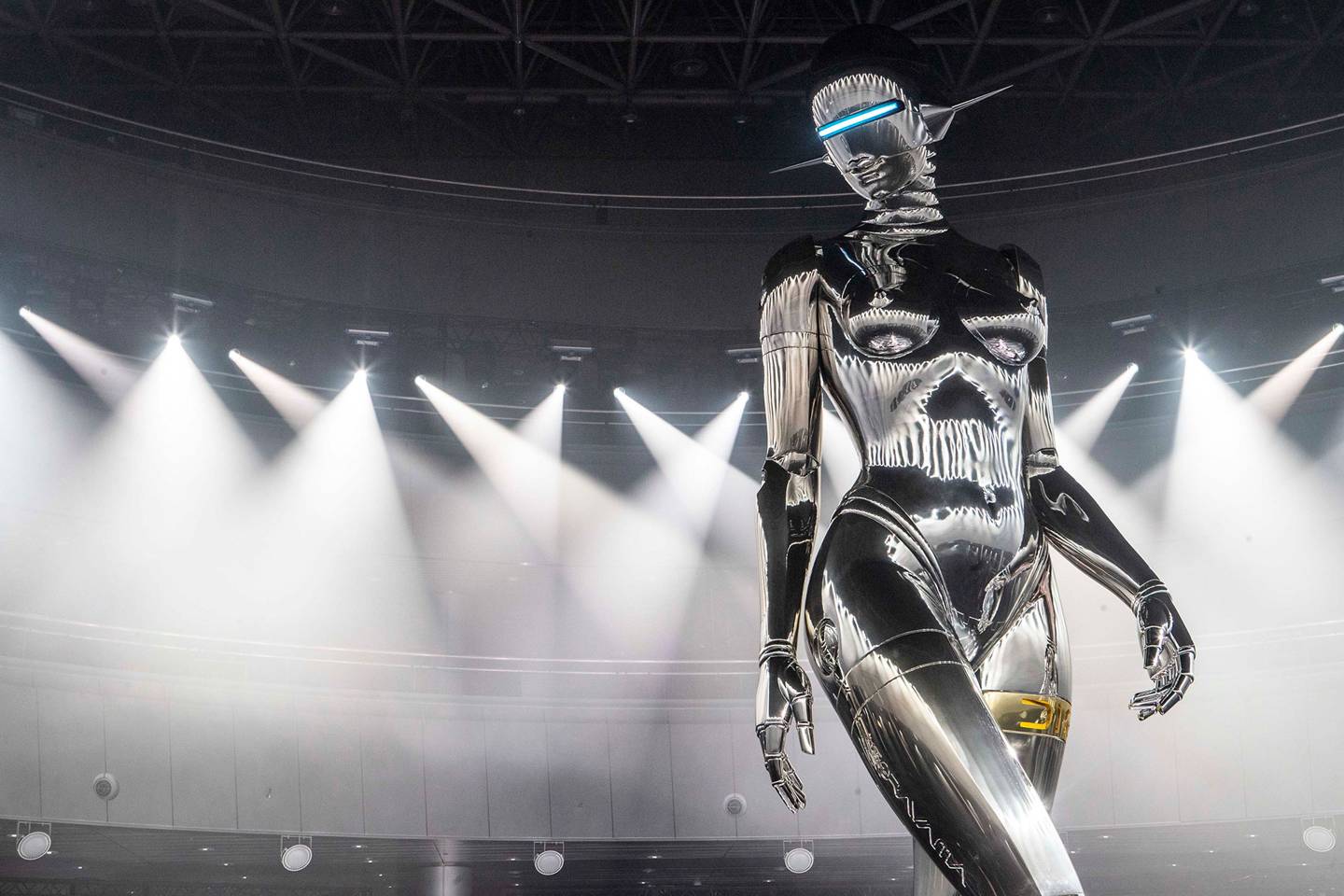