Continuing to build on his longstanding fascination with Switzerland (see his recent performance at Frieze London), Tom Sachs opened a show today in St. Mortiz. Hosted by Vito Schnabel Gallery, The Pack features the American artist applying his signature technique of bricolage to question the Swiss model of an ideal society. Repurposing found materials, Sachs creates sculptures that stem from “a desire to remake the world not as it is, but the way it ought to be.” An example of the complex layers of thought and planning that go into each piece can be seen in the three motorcycles he made for the exhibition – explained below…

“The Pack (2018), which itself references Joseph Beuys’s seminal 1969 installation of the same name. Beuys’s work consisted of a Volkswagen van disgorging twenty-four wooden sleds from open rear doors. Each sled was equipped with a felt blanket, a flashlight, and a lump of animal fat — objects providing protection, navigation, and sustenance in an emergency to ensure primitive survival. In Sachs’s sly homage, the materials of the German Beuys morph into a reference to the Pontifical Swiss Guard. Three fully functioning electric motorcycles, each named for a city in the African states (ie. Lagos, Mogadishu, Kinshasa), are outfitted with Swiss blankets, flashlights, and such tools of ancient and modern warfare as a machete and a BB gun. The artist has equipped each of the three vehicles with a postmodern survival kit including snacks. When activated in ritualized joy ride, this moto-pack becomes a symbol one of the world’s oldest intact military units—the Swiss guards were originally mercenaries instated by Pope Julius II in 1506 for their reputation as loyal and invincible soldiers—while evoking the chaotic energy Beuys promulgated as essential to social progress.” 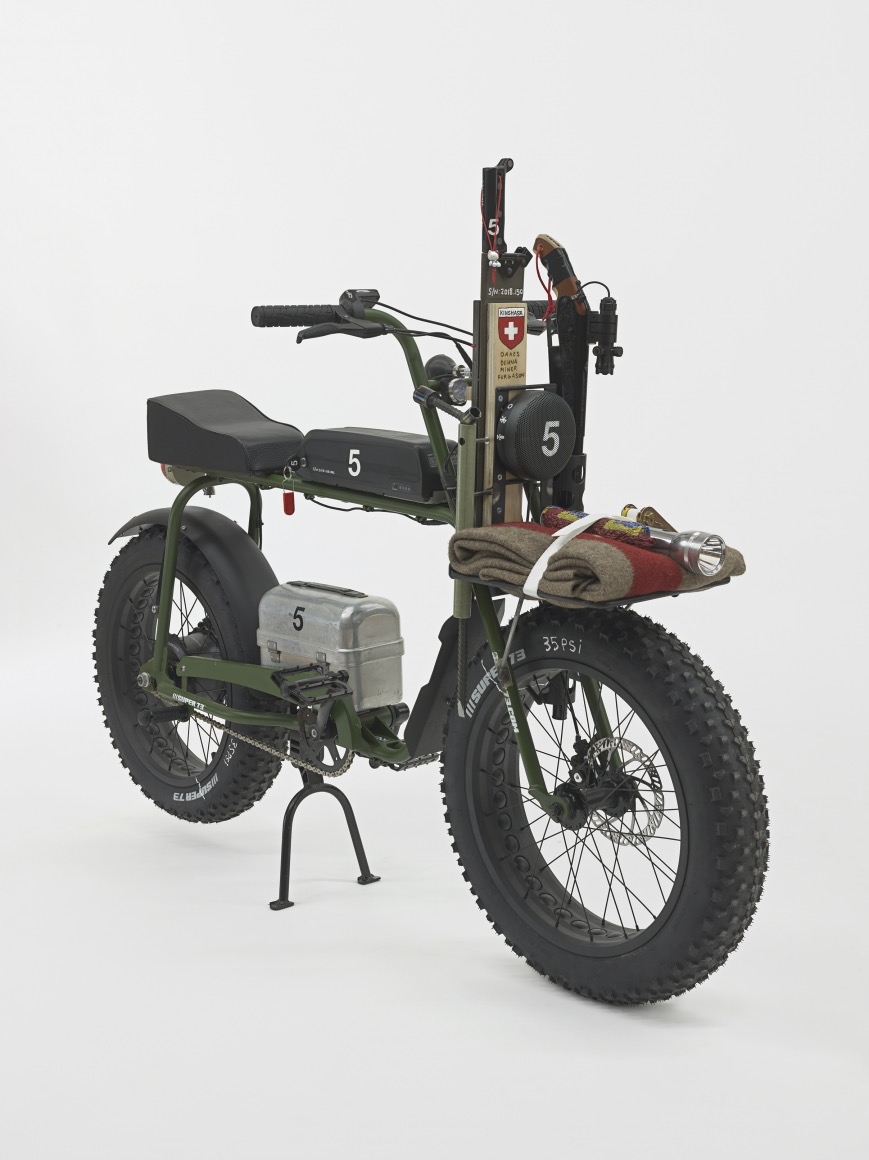 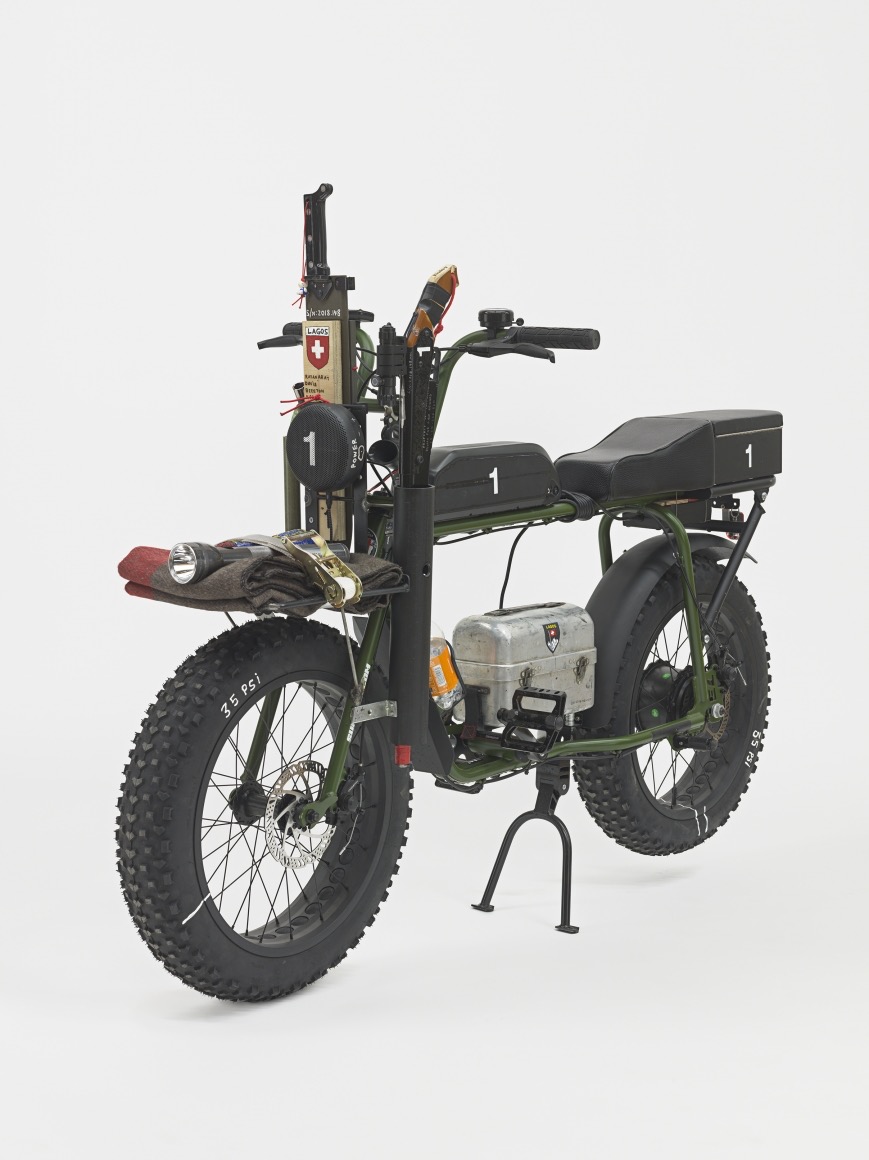 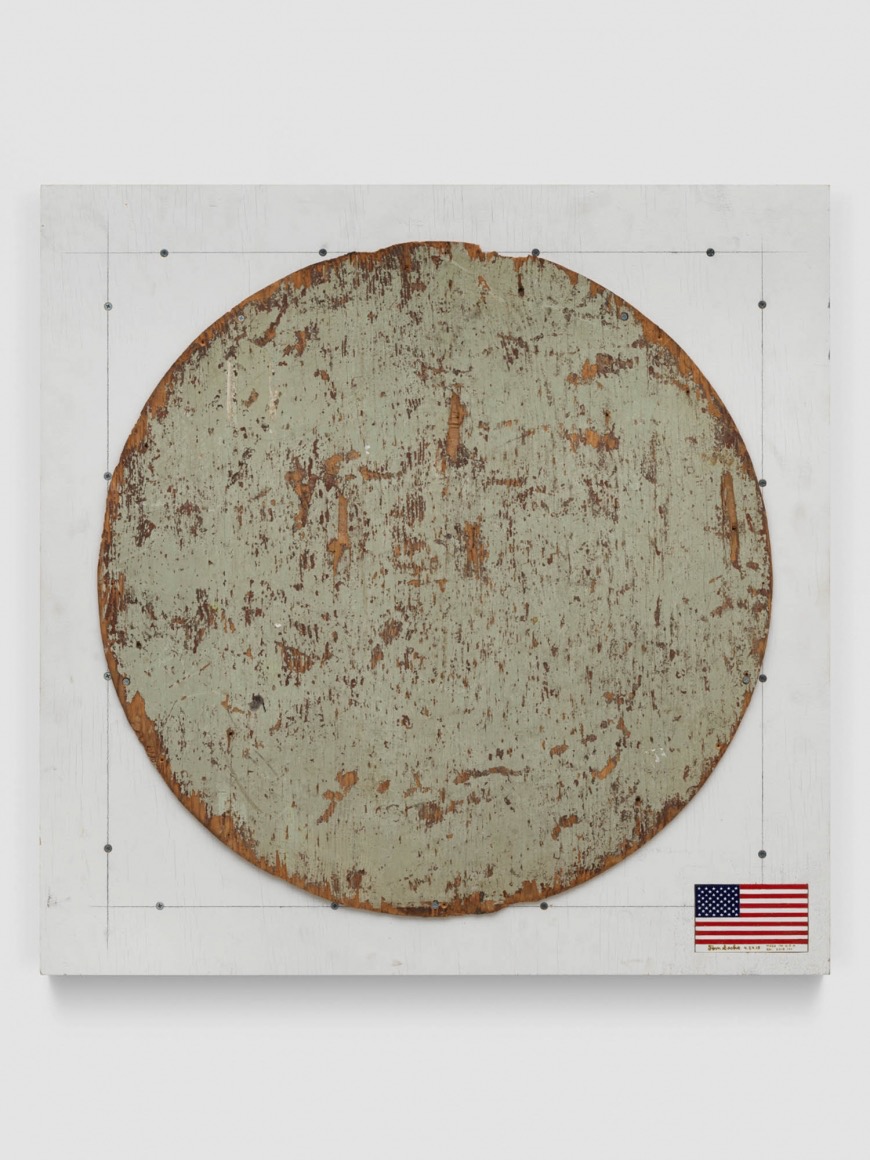 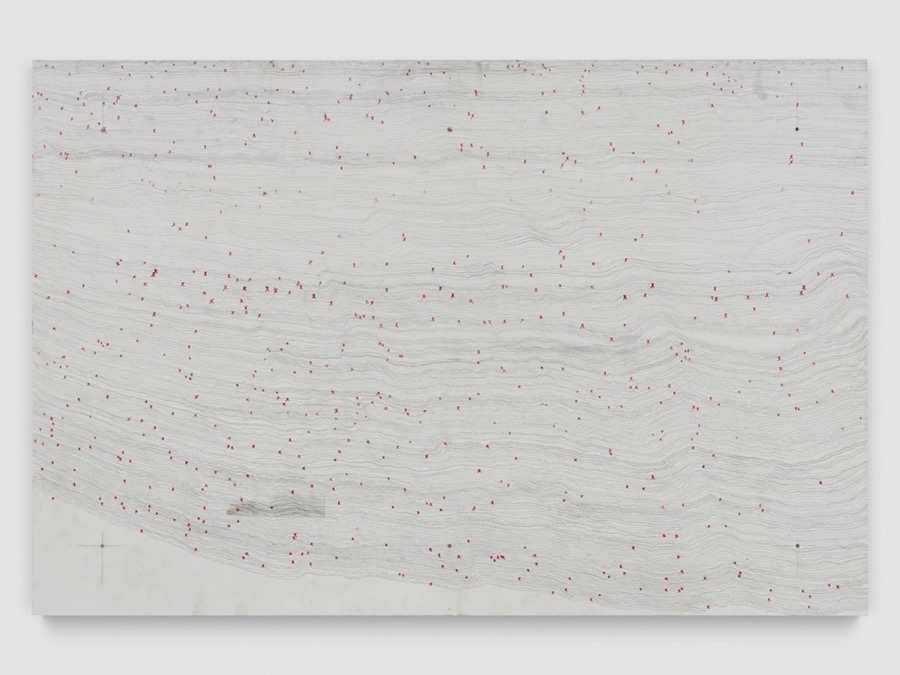 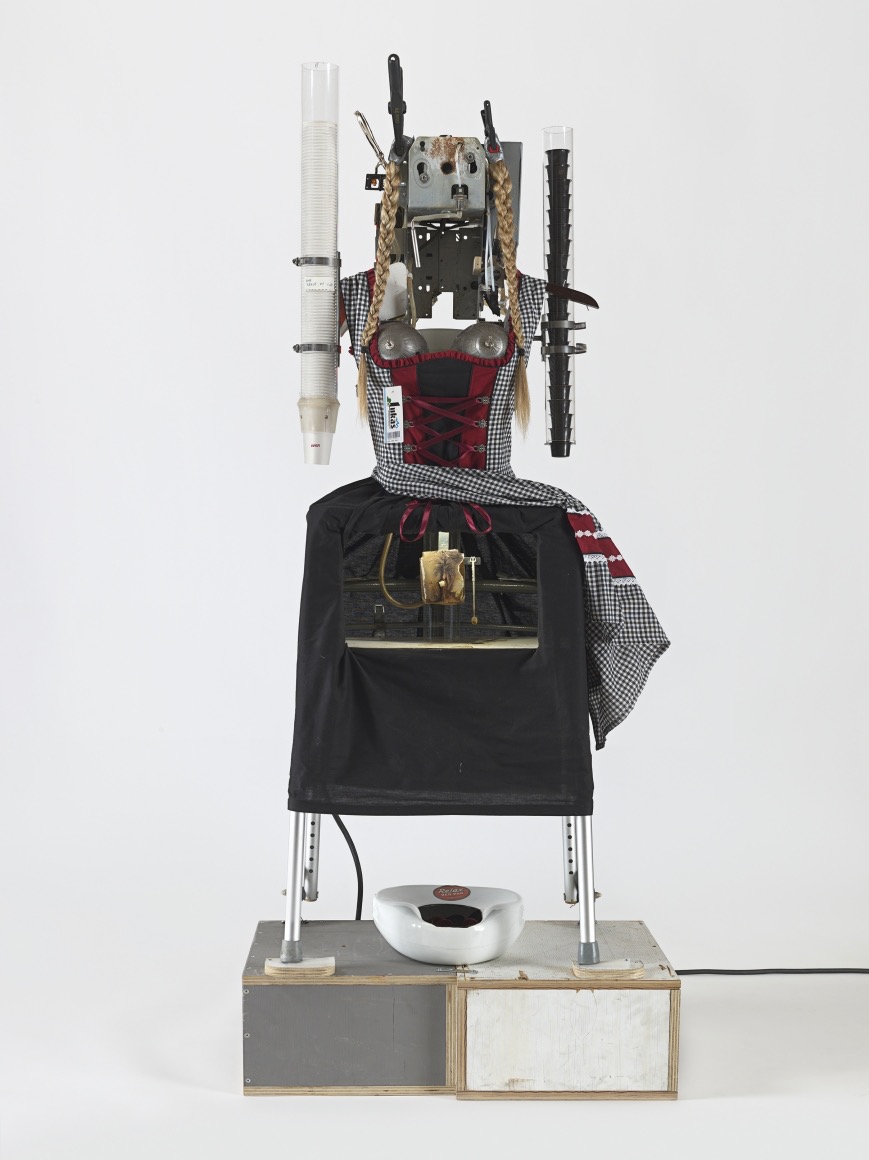 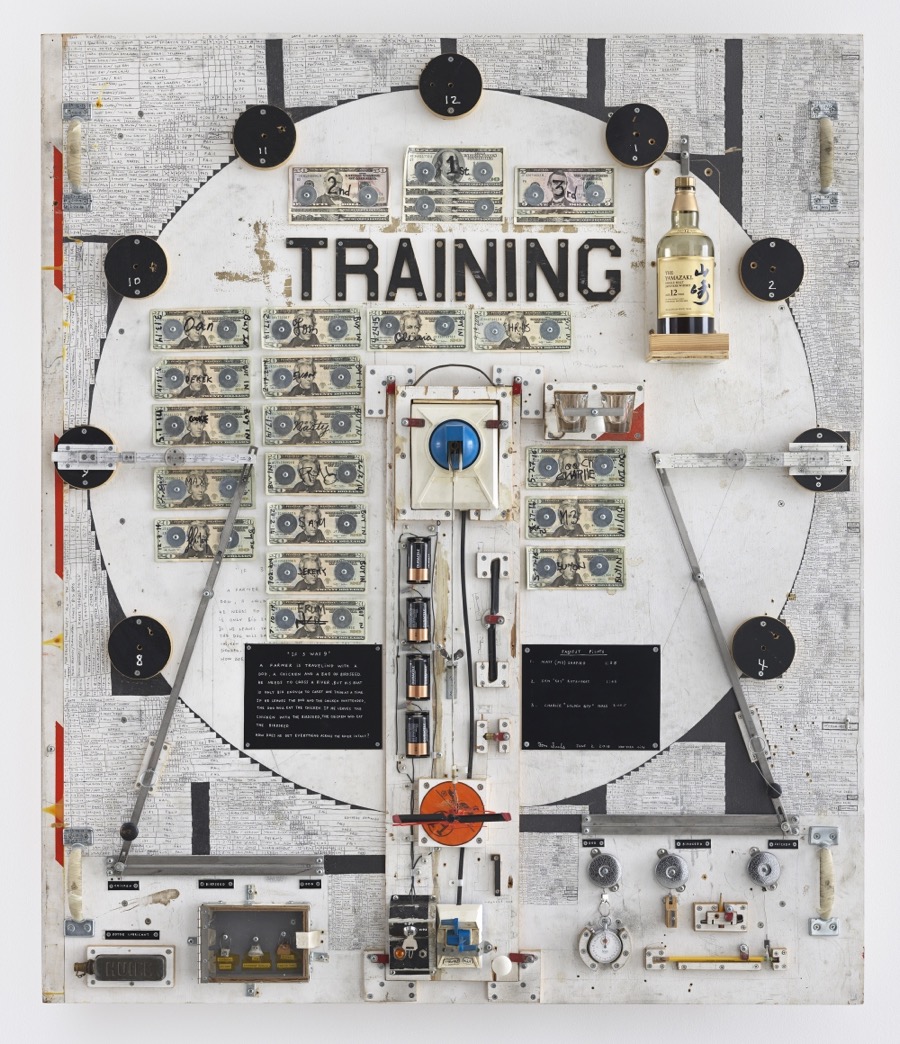 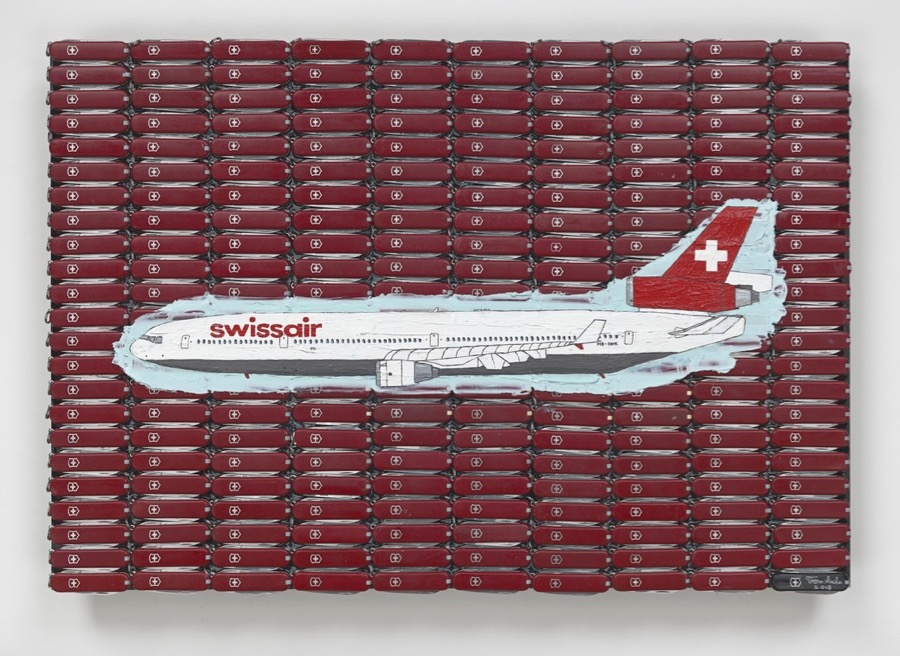 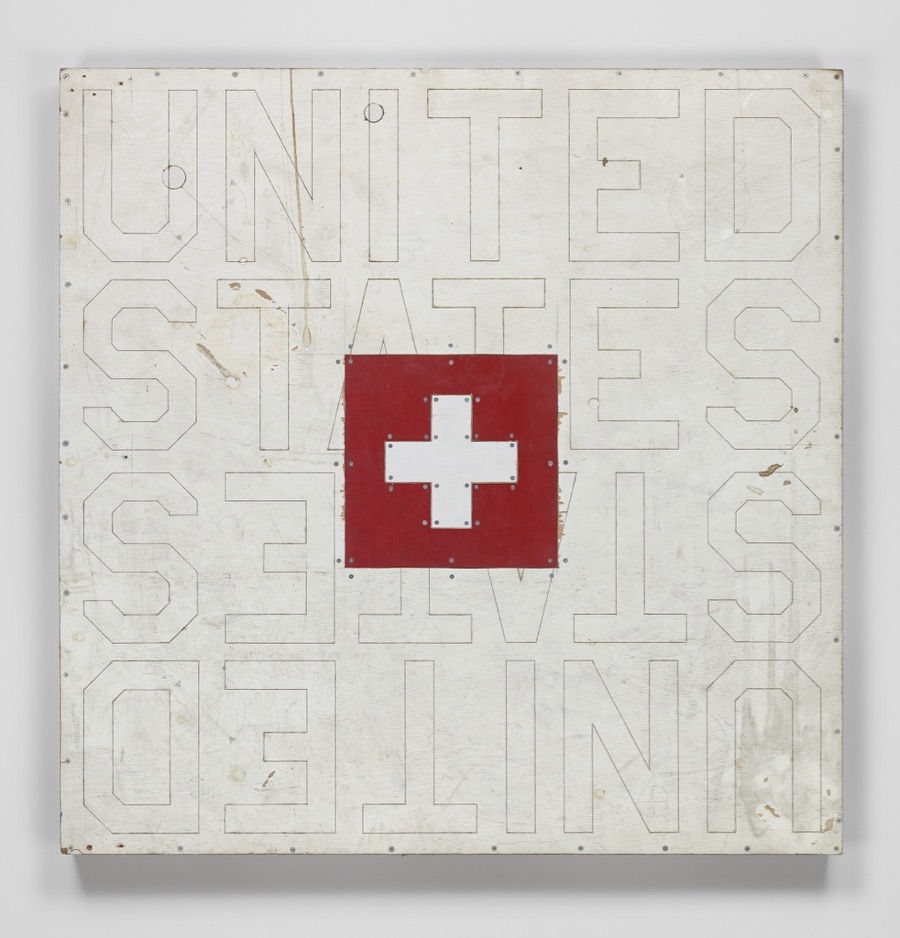