Addam Yekutieli aka Know Hope recently announced his 2019 print subscription featuring a series of upcoming silkscreen editions. Produced in an run of 50 and sized at 21 x 29.7 cm each, the set of six prints in total will be sent out individually January, March, May, July, September and November of next year. The Israeli artist has revealed the first image (seen above), which features his signature character along with some reoccurring motifs from his work like birds, wood poles, and poetic phrases. Those interested can sign up here for $300. 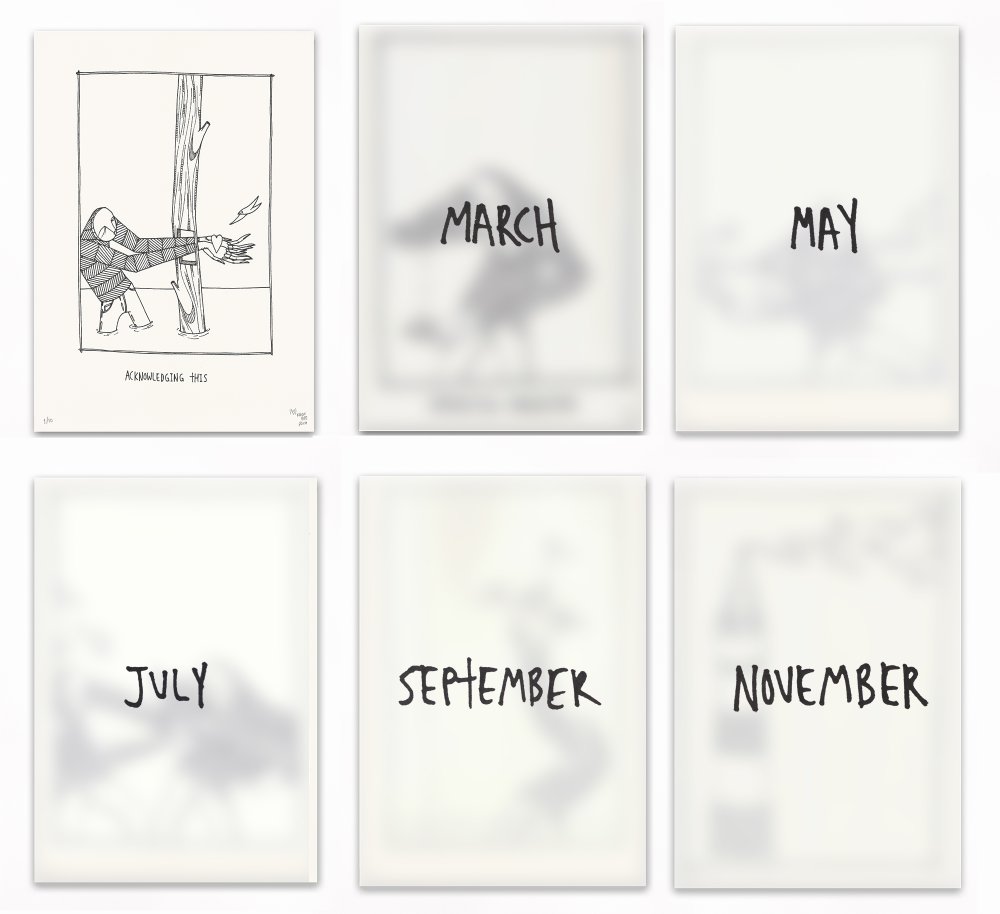 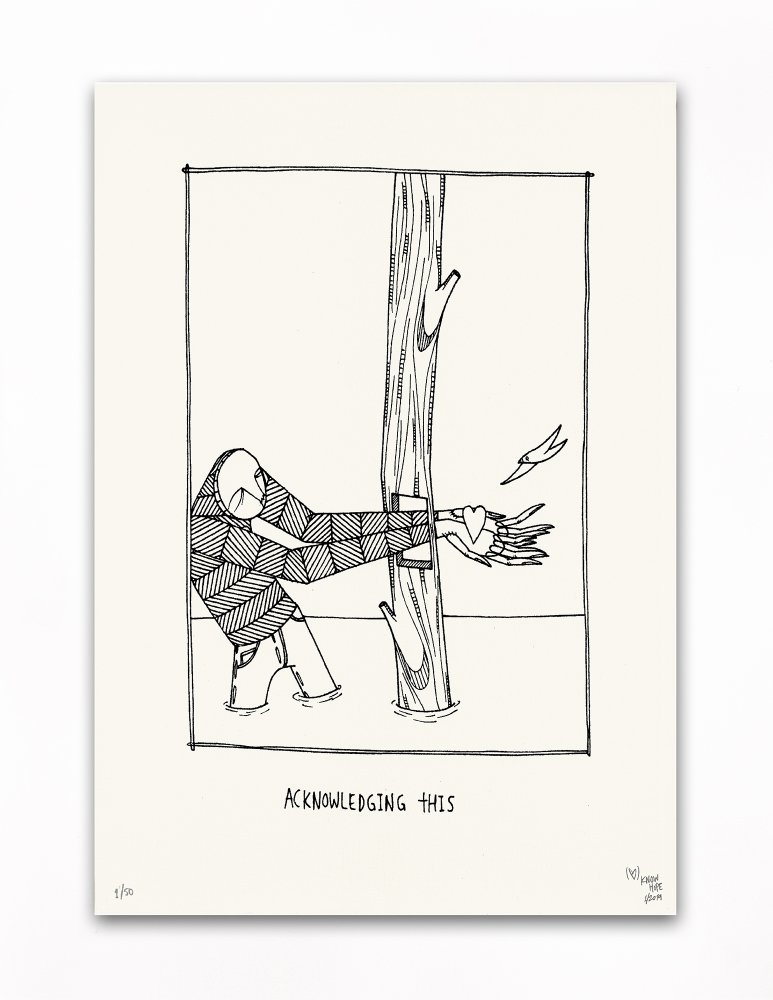