Born in Massachusetts and raised in Portland, Oregon, Meade received his Master of Fine Arts degree in 2007 from the Pratt Institute, in Brooklyn, where he currently lives and works. Over the last couple years, he started developing a body of work which plays with the idea of male figure stereotypes. Taking inspiration from his own experiences as a young father, he exposes the fragility and sensibility of a man through beautifully layered and textured pieces. Using calming, dimmed earthy tones and regularly painting the same motif over and over again, he is also exploring the ways in which the format, light play, or color selection construct a certain atmosphere and how that affects the overall feel of the finished image.

While depicting his subjects with all the “manly” features such as a beard, big nose, glasses, or while smoking a cigarette, Meade tends to place his imagery in a more dreamy, fragile, and poetic environment. Therefore, these strong looking characters end up surrounded by petals, blades of grass, leaves, basked in warm light, or even submerged in water. By creating a contrast between their familiar appearance and the uncommon setting, he is questioning the cultural standards we have in western society. 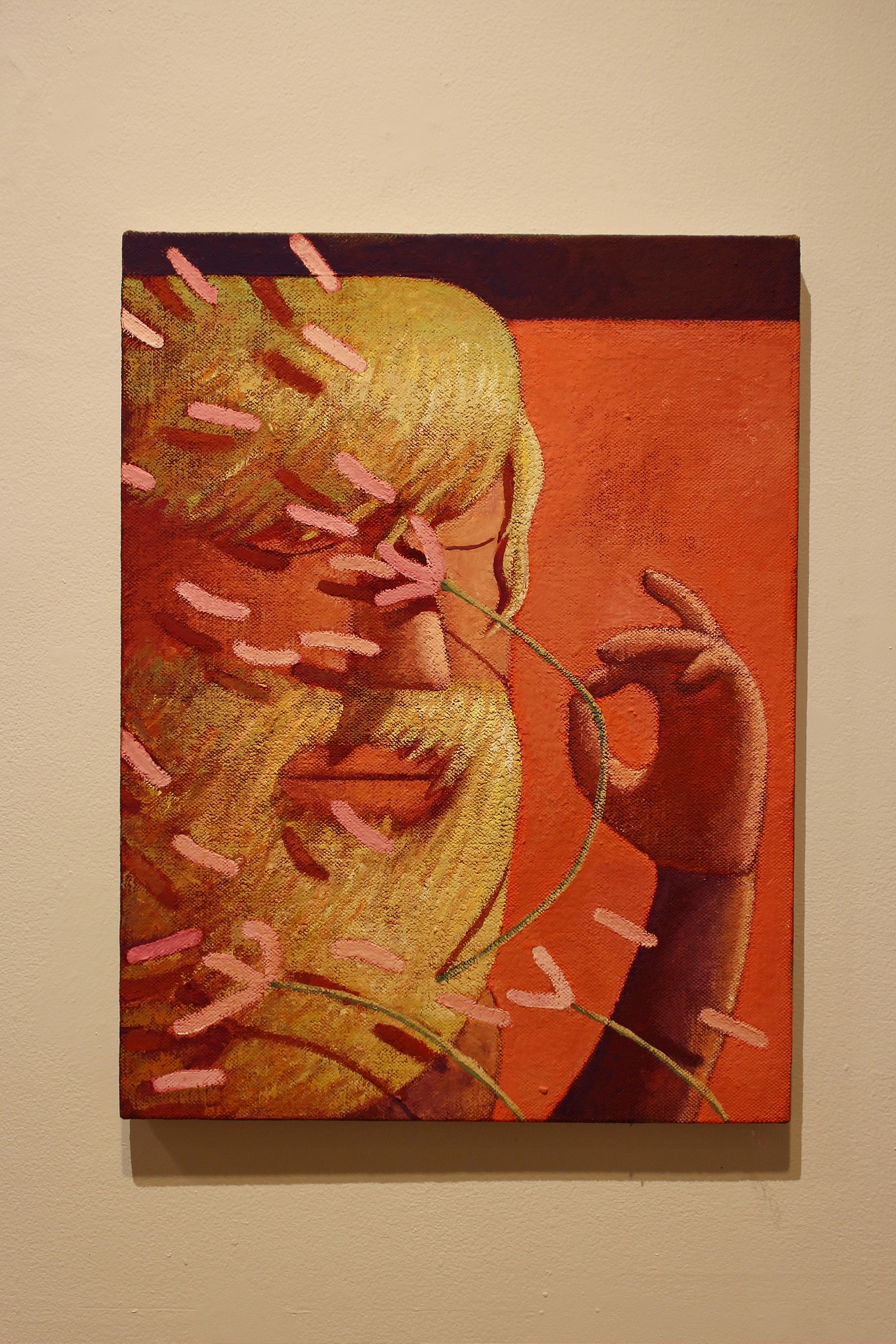 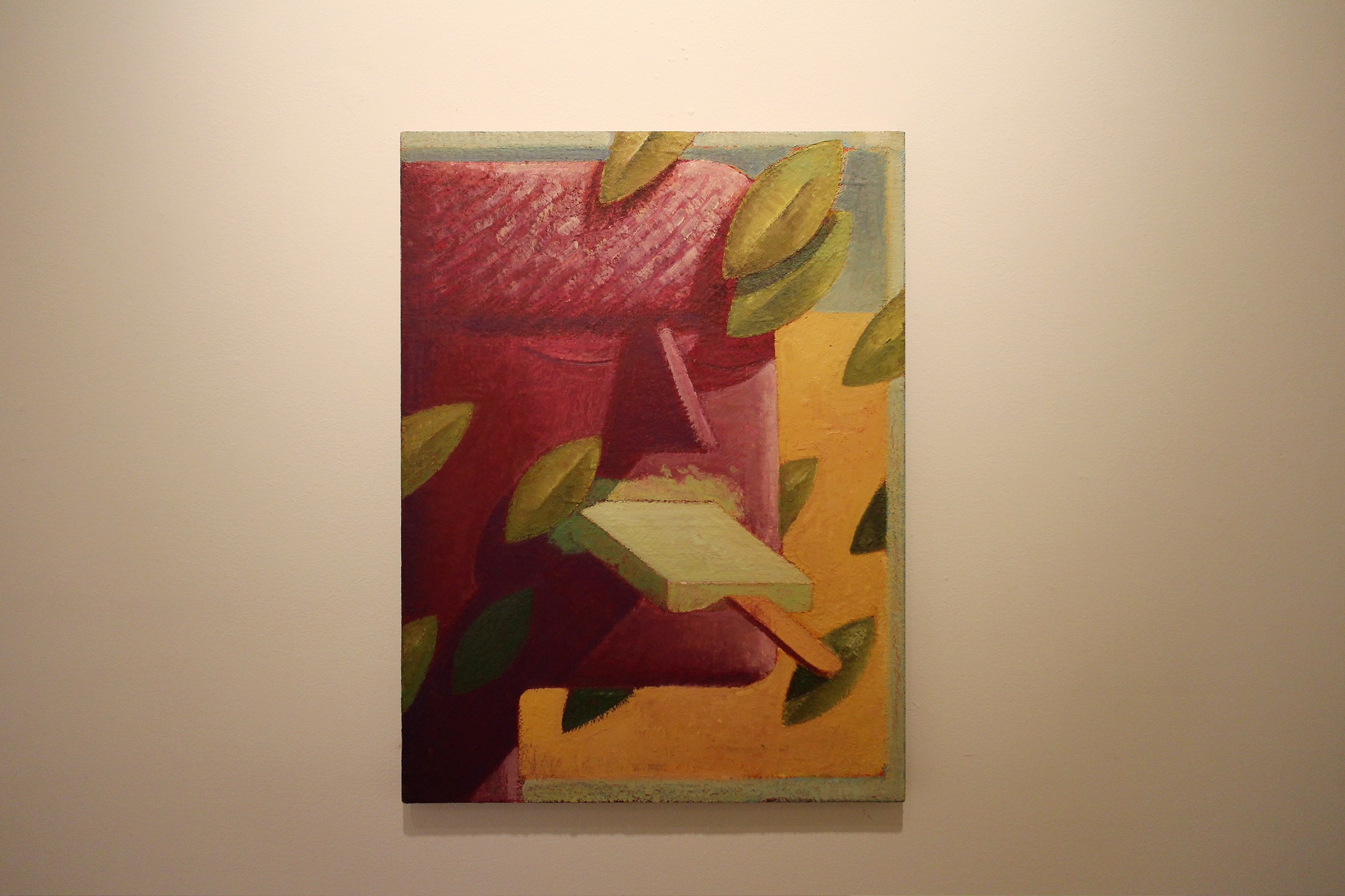 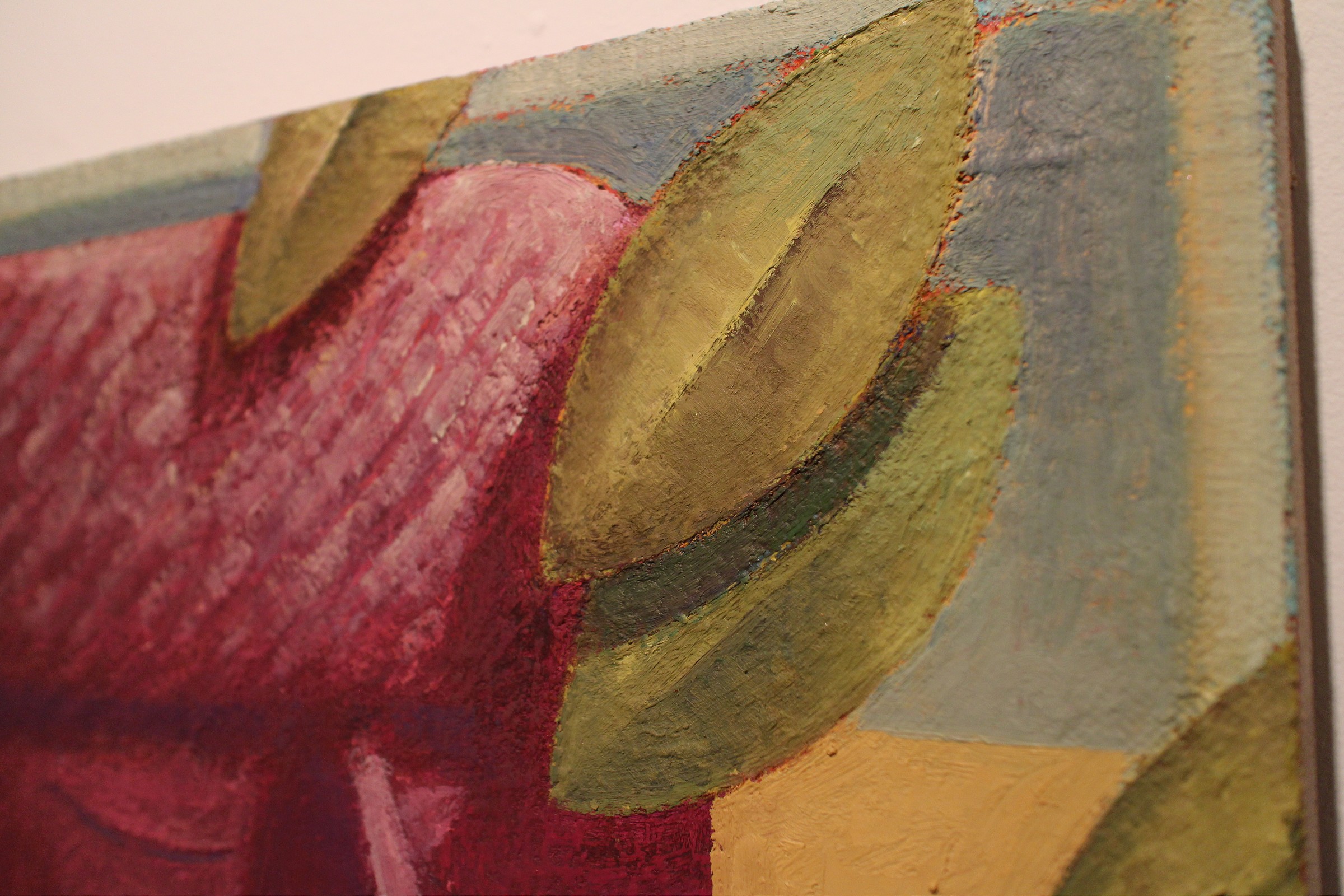 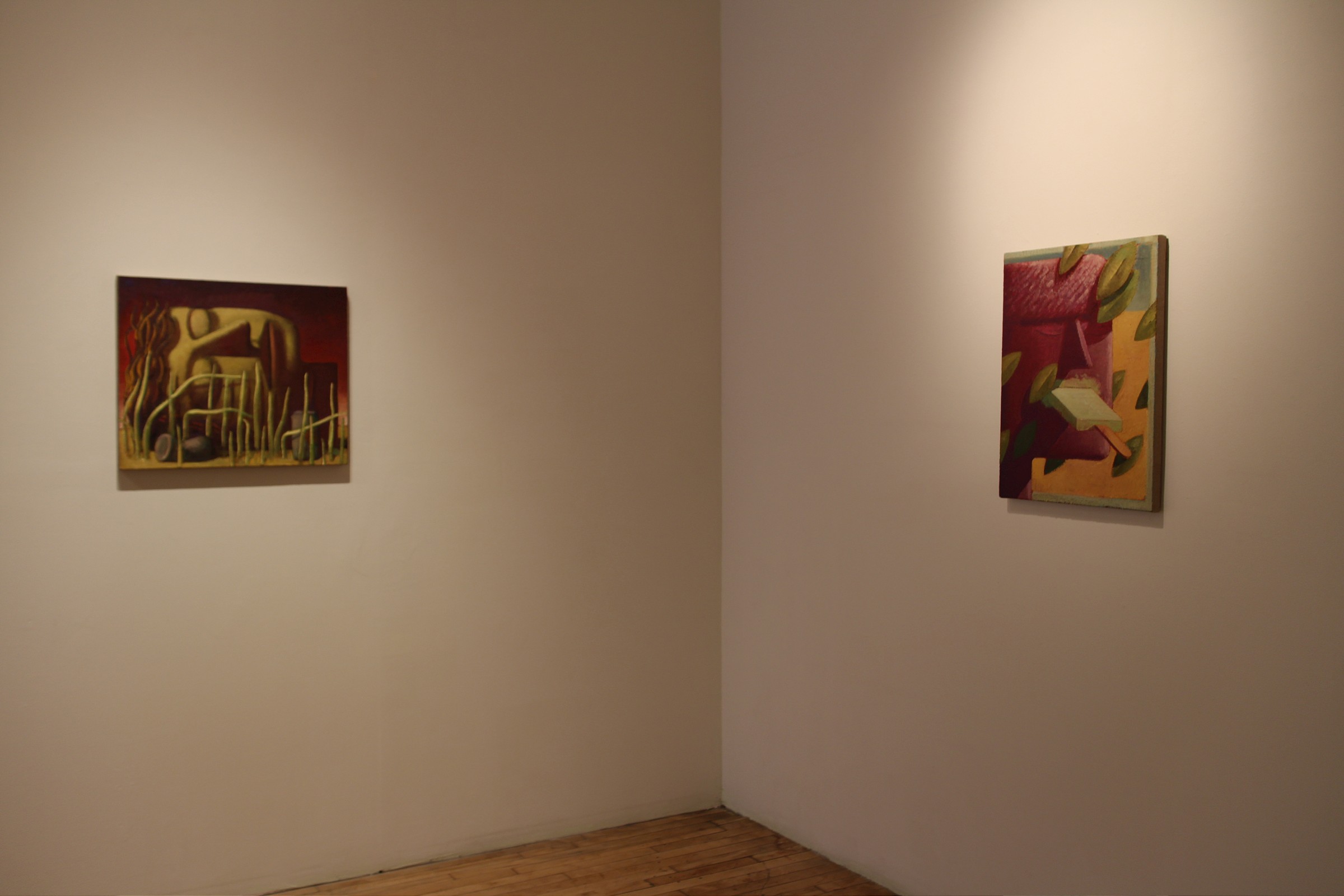 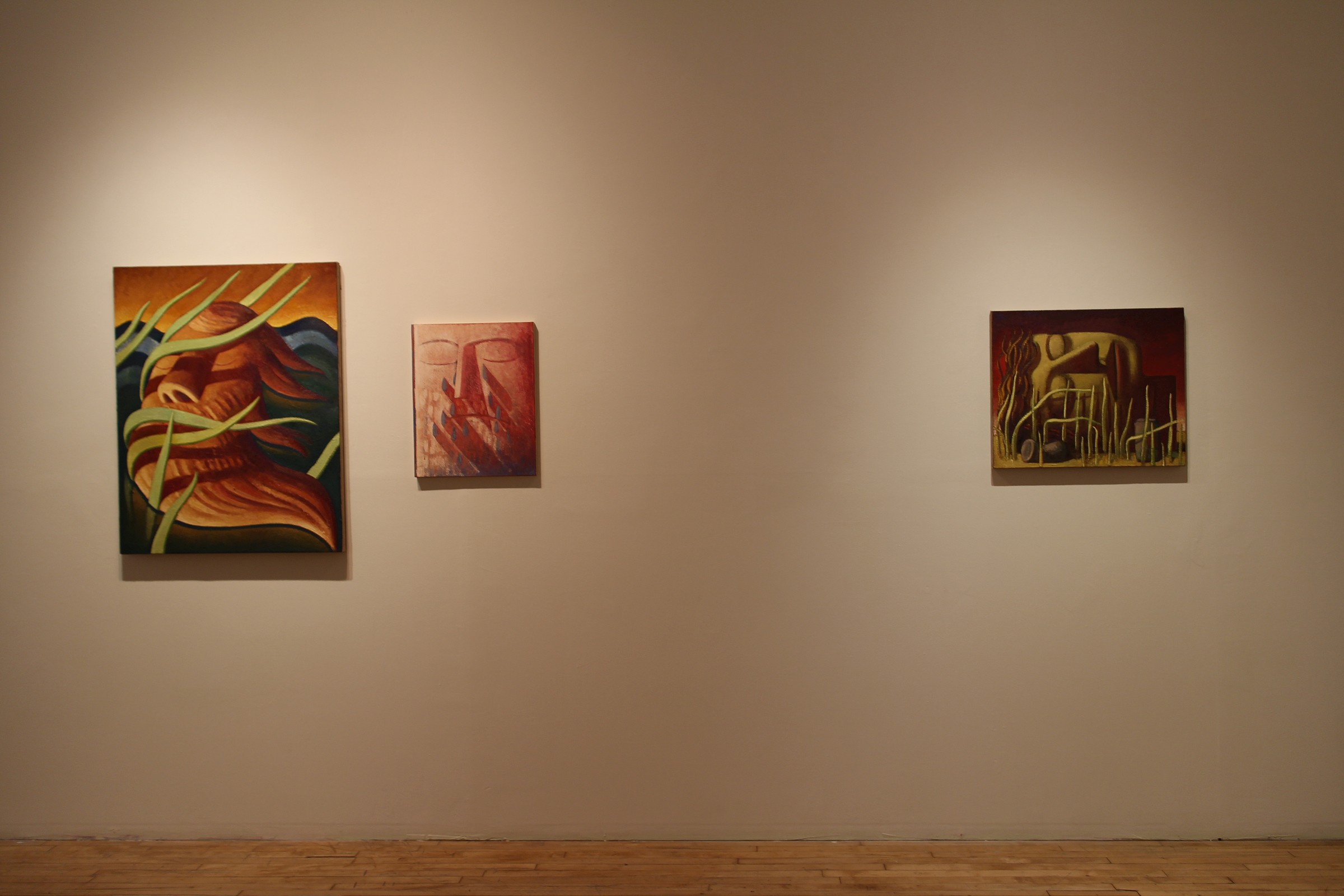 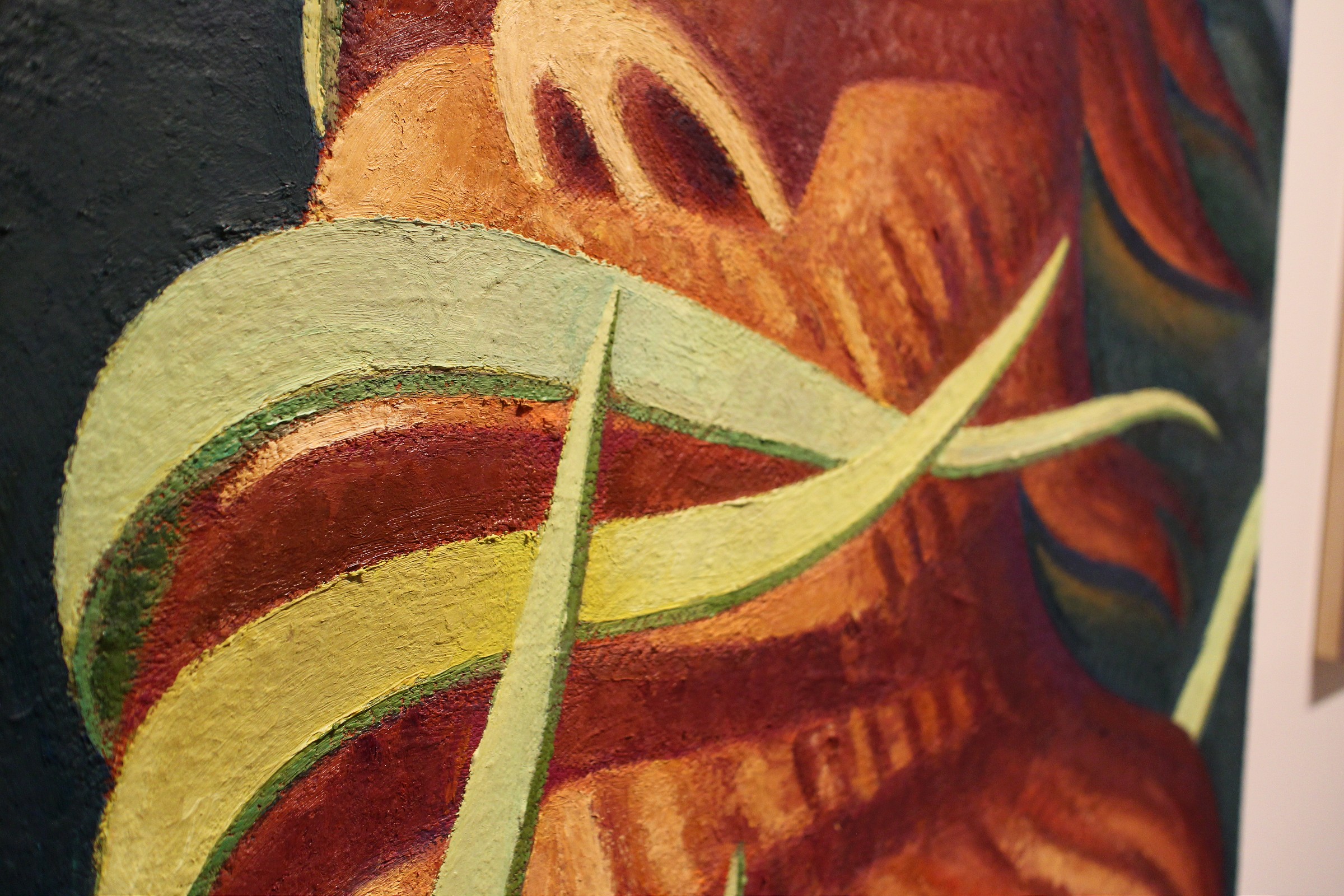 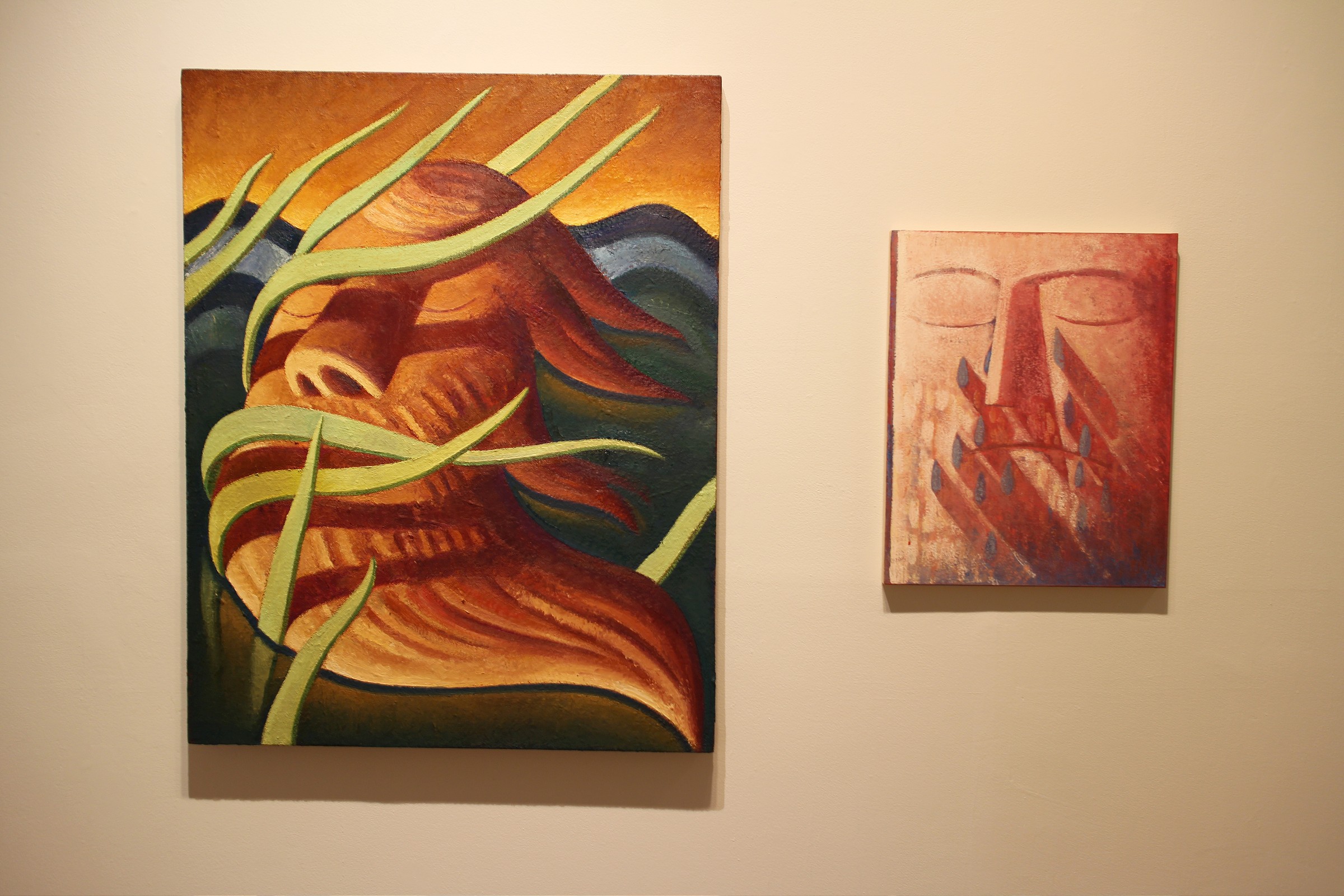 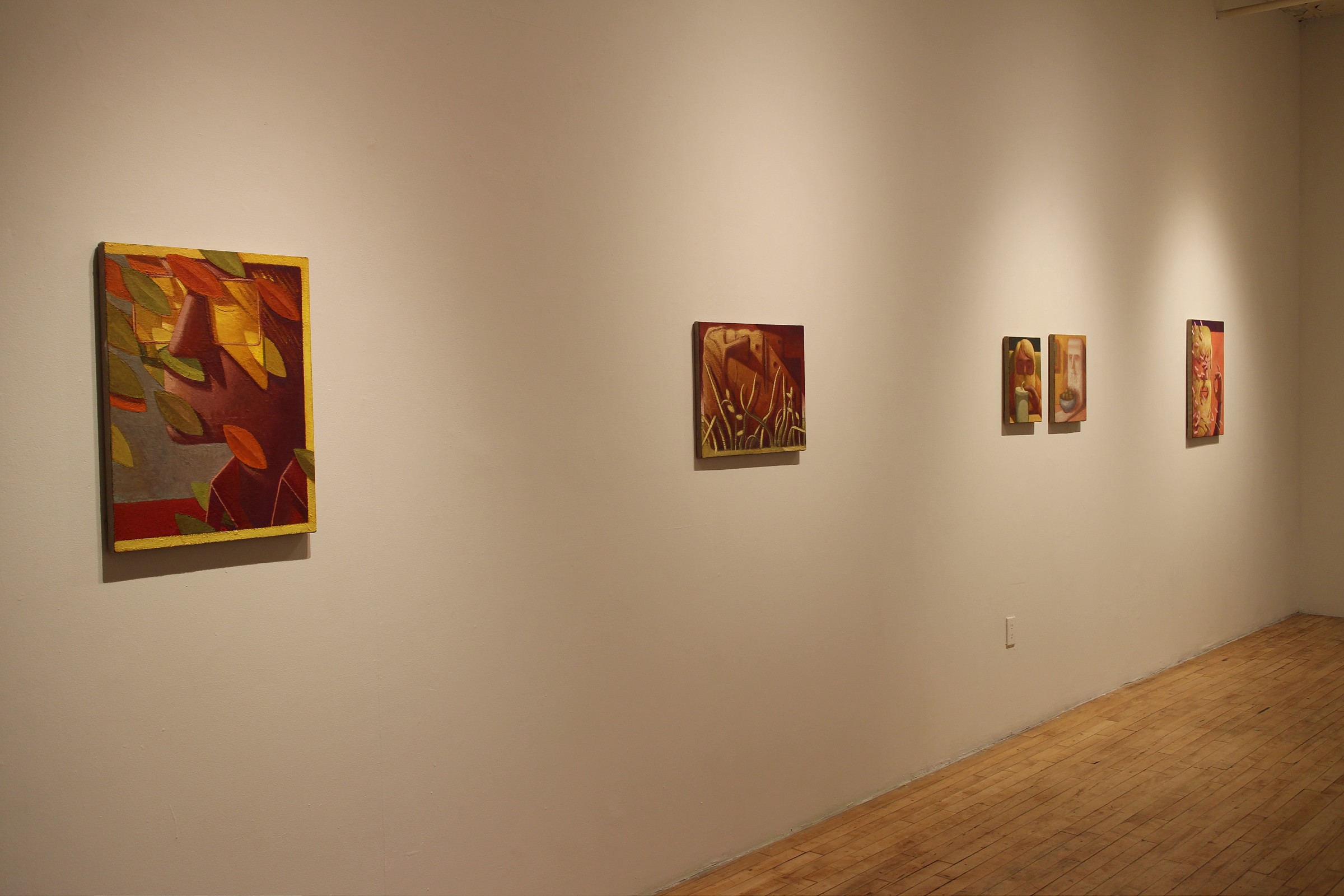