The other day, we teased some of the new public works that were being created during the recently held Nuart Aberdeen 2019. Today, we wanted to showcase the other seven artists whose work we’ve enjoyed during our stay. Working around the idea of telling stories, the artists uncovered less known parts of the city’s history (Vhils), revealed another side of important events (Axel Void), and referenced the unfortunate reality the city is facing (Strøk). Scattered around the city center, these pieces show the variety of practices that urban art utilizes, as well as festival’s strategy to place the works through the cityscape in an effort to reclaim the public space on a wider scale.

Arguably one of the most anticipated artists this year and the festival’s longtime friend and collaborator, Axel Void, painted two large buildings on the entrance of the student housing area. Choosing two locally sourced photographs as his references, he painted a moment of the queen’s visit and juxtaposed it against a simple image of a girl playing hula-hoop. Through such an approach, Void created a somewhat humorous contrast between of genuine joy of playing and somewhat unreasonable joy of seeing a member of the royal family. Another big name this year, Portuguese artist Vhils, painted and jackhammered a large image based on a photograph of local people who fought in the Spanish civil war, fighting fascism. Using white paint and carving out some parts of the building, he achieved a subtle, ghostly appearance of a distant memory, now appearing on the parking lot wall of the local mall. Another figurative, painterly mural was created by Helen Bur, who worked on two images on the ends of a big building, creating a narrative between the two characters. Nearby, Hush painted his signature Japan-inspired imagery, also appropriating the architectural elements, and Ememem installed a couple of their tiling pieces, pointing out the imperfections in public space and using them as a source of inspiration. Finally, another large piece that quickly became a local landmark was painted by Strøk who used a tall facade of a residential building to place his perspective bending breakdancers/falling people. The Norwegian artist also created a series of smaller pieces all the way from nearby beachside to a small door under the bridge where some Aberdonians decided to end their life. 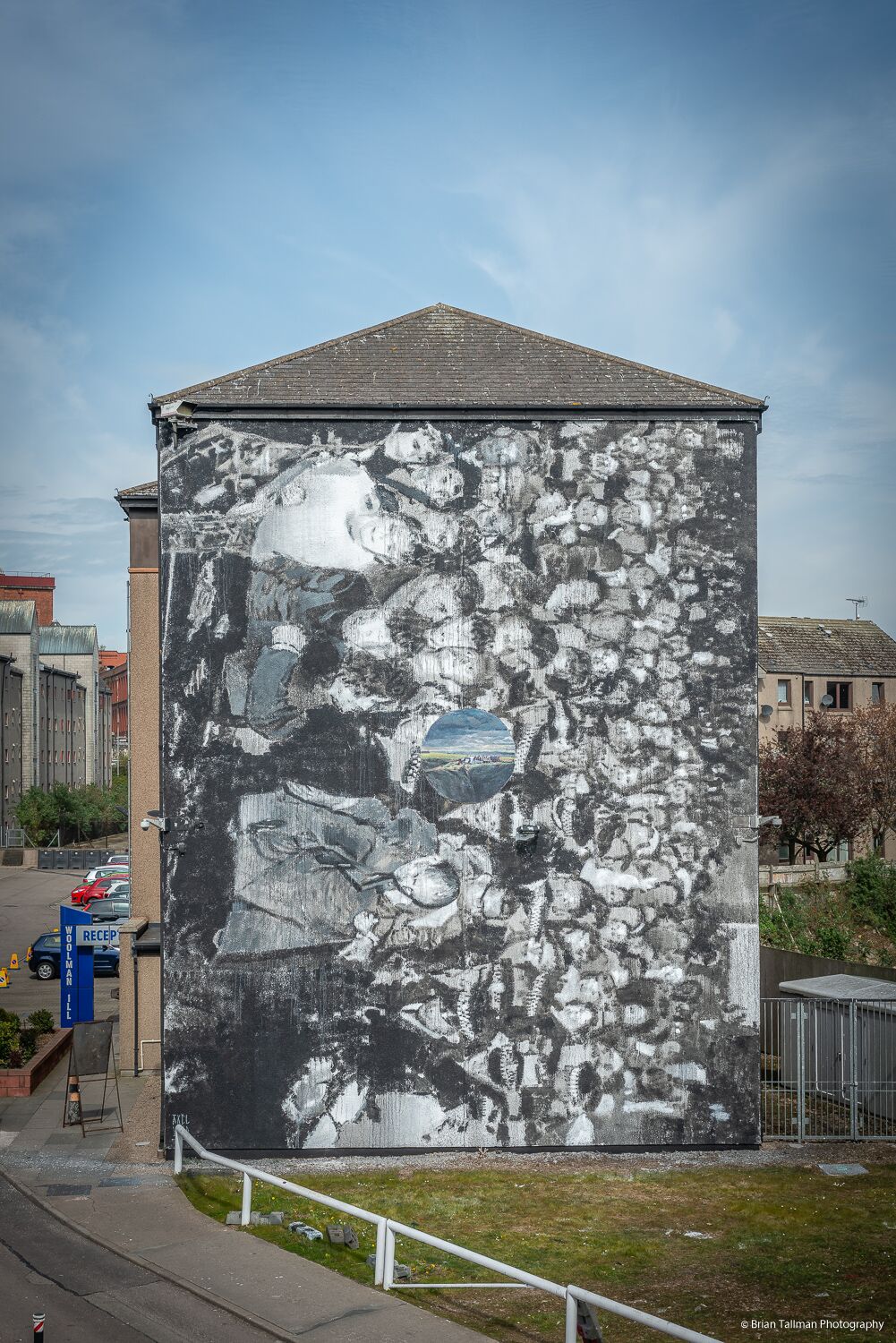 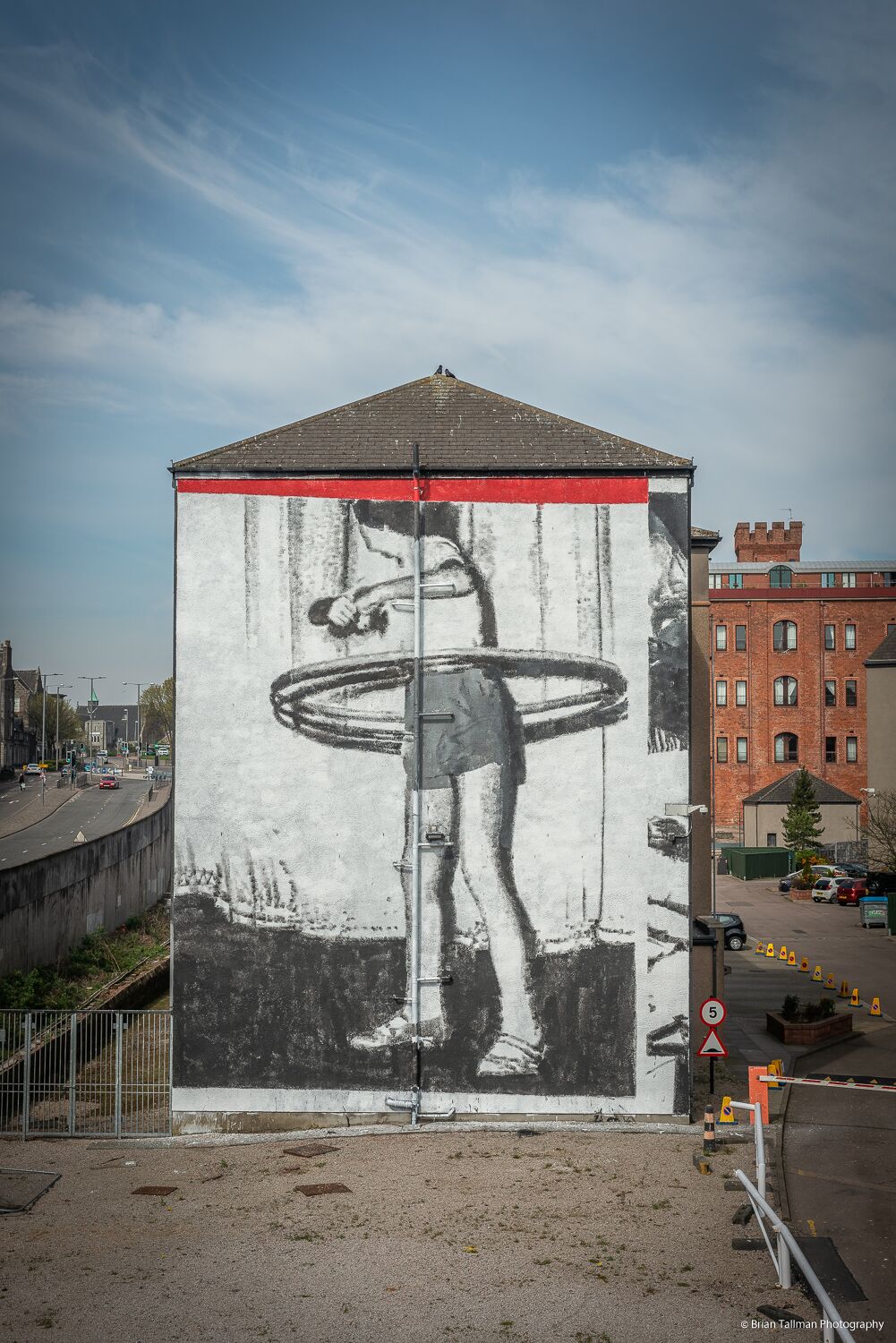 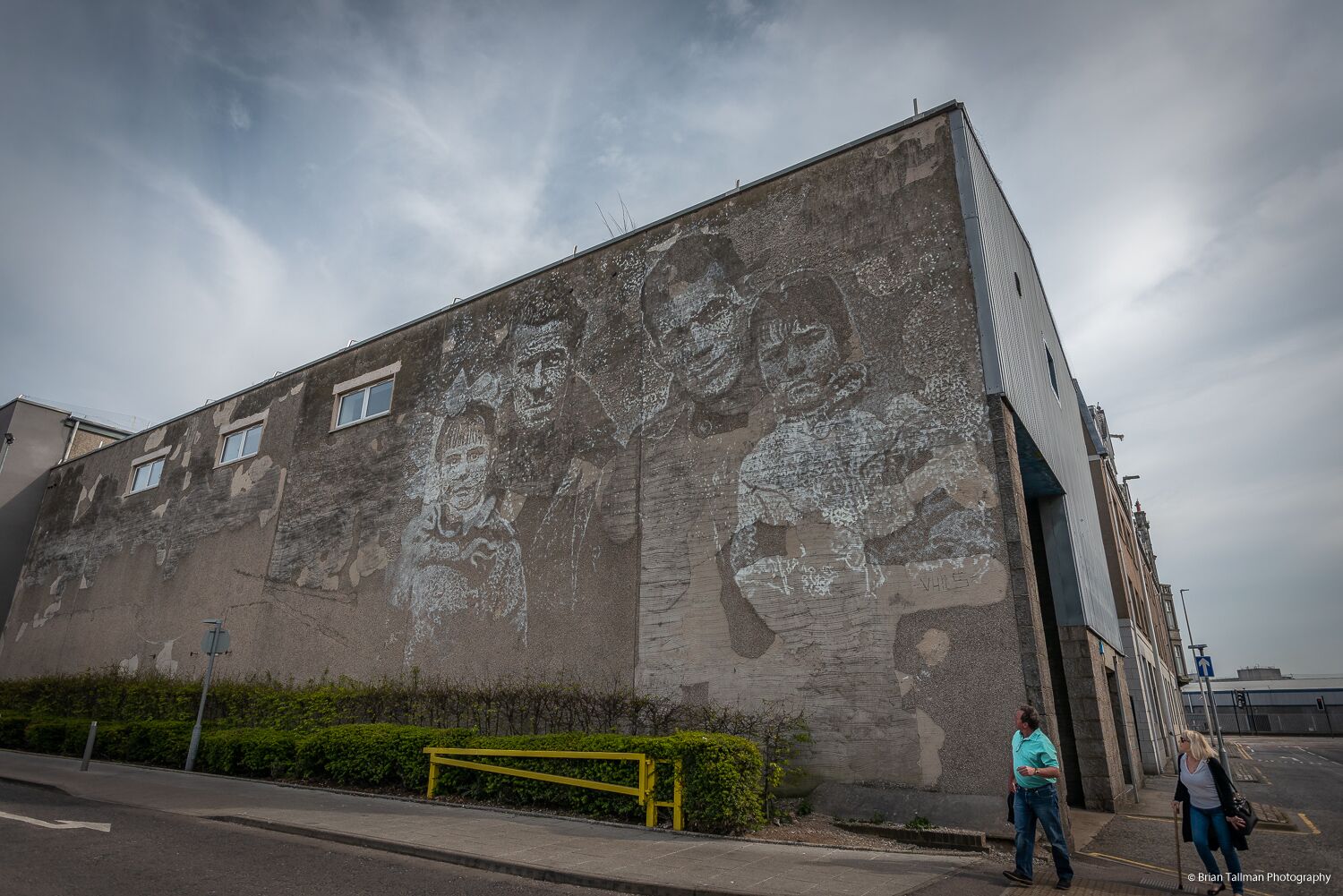 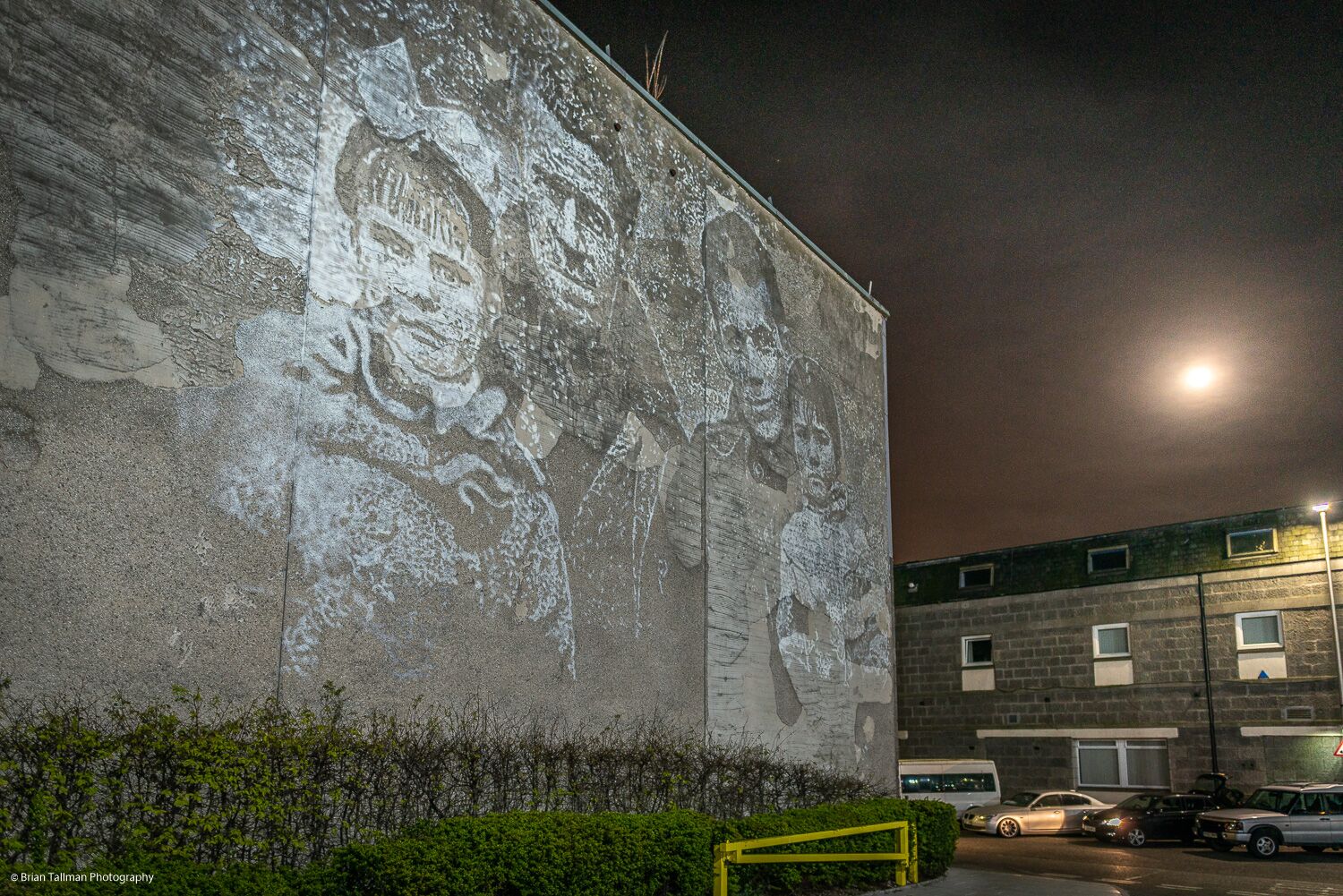 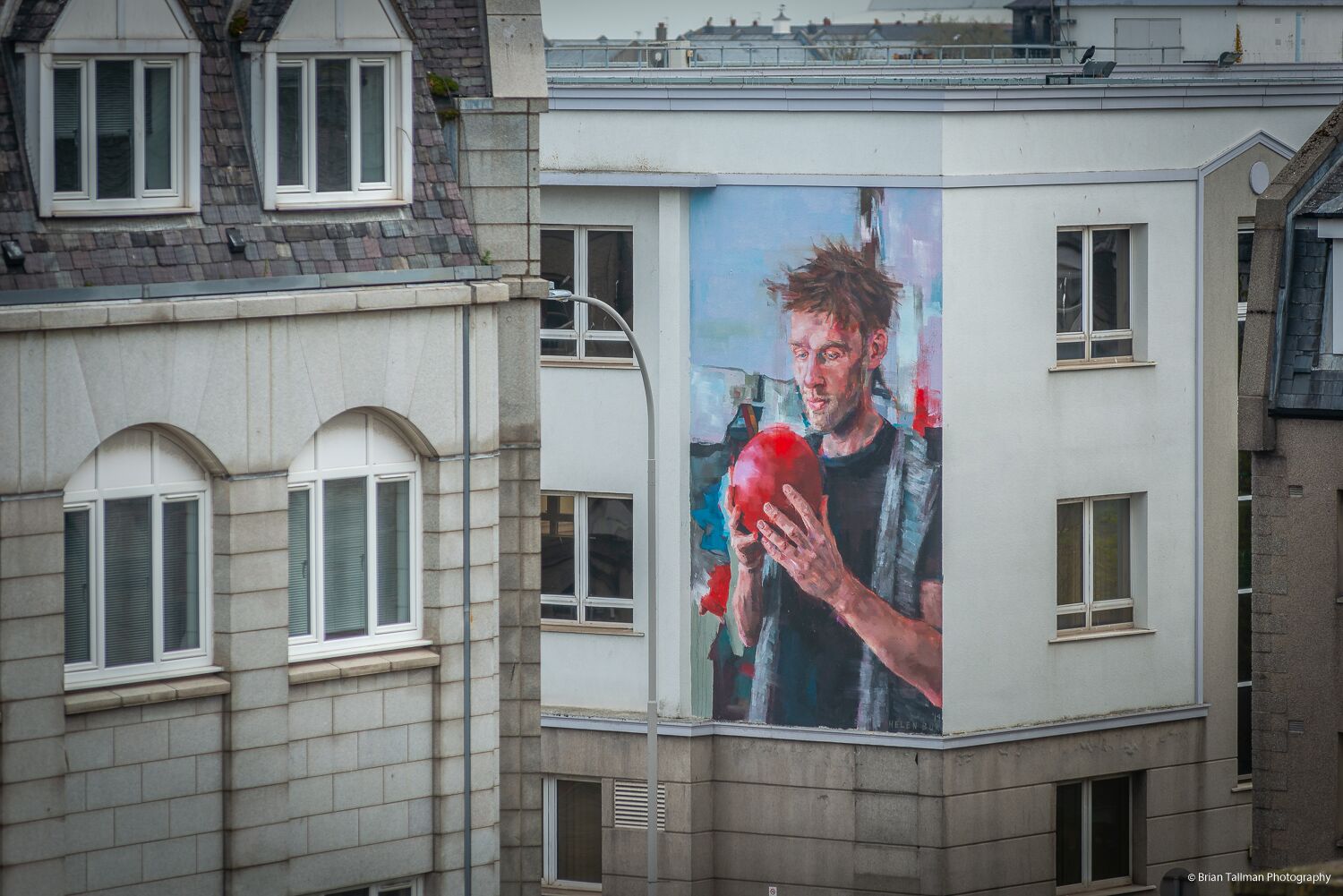 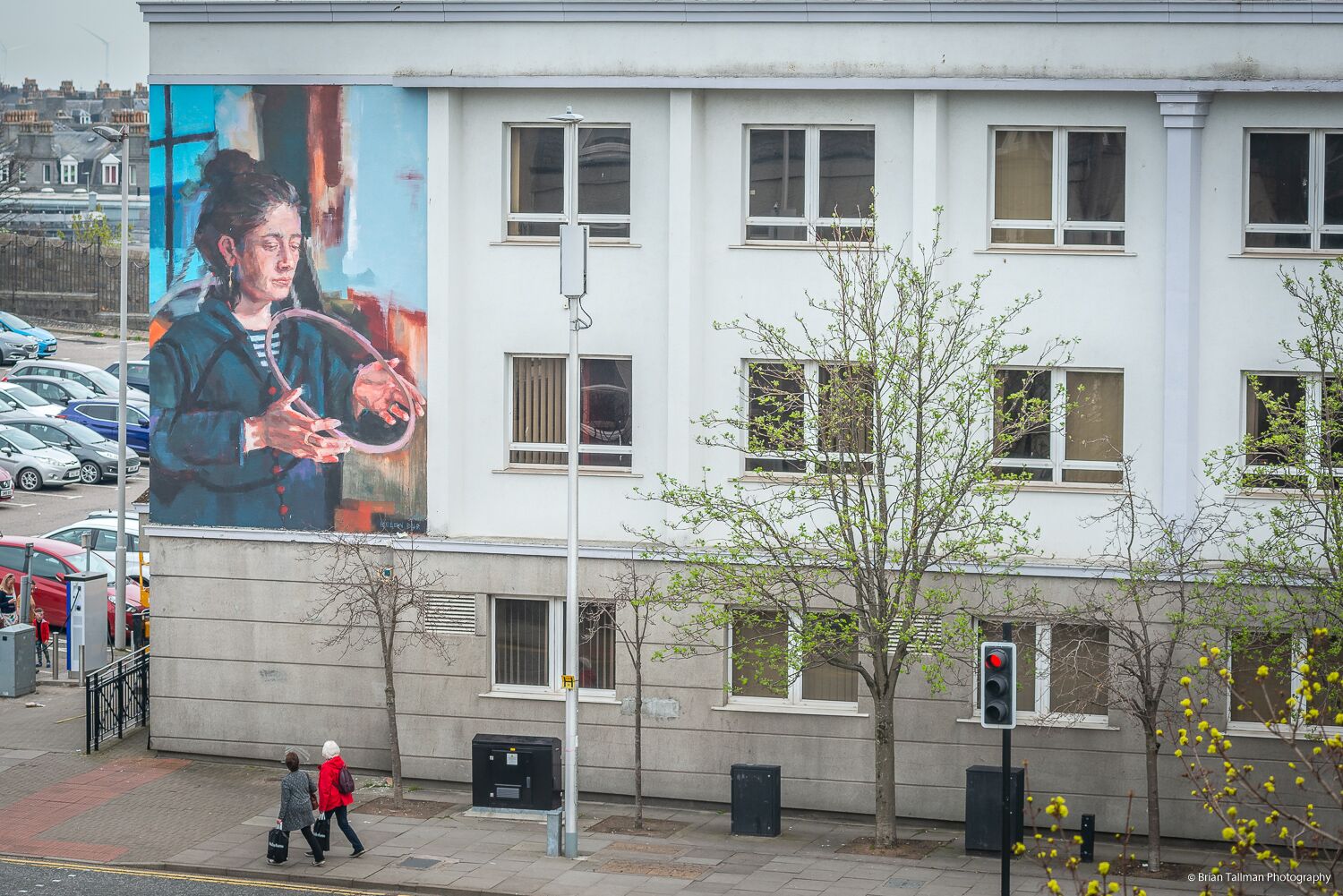 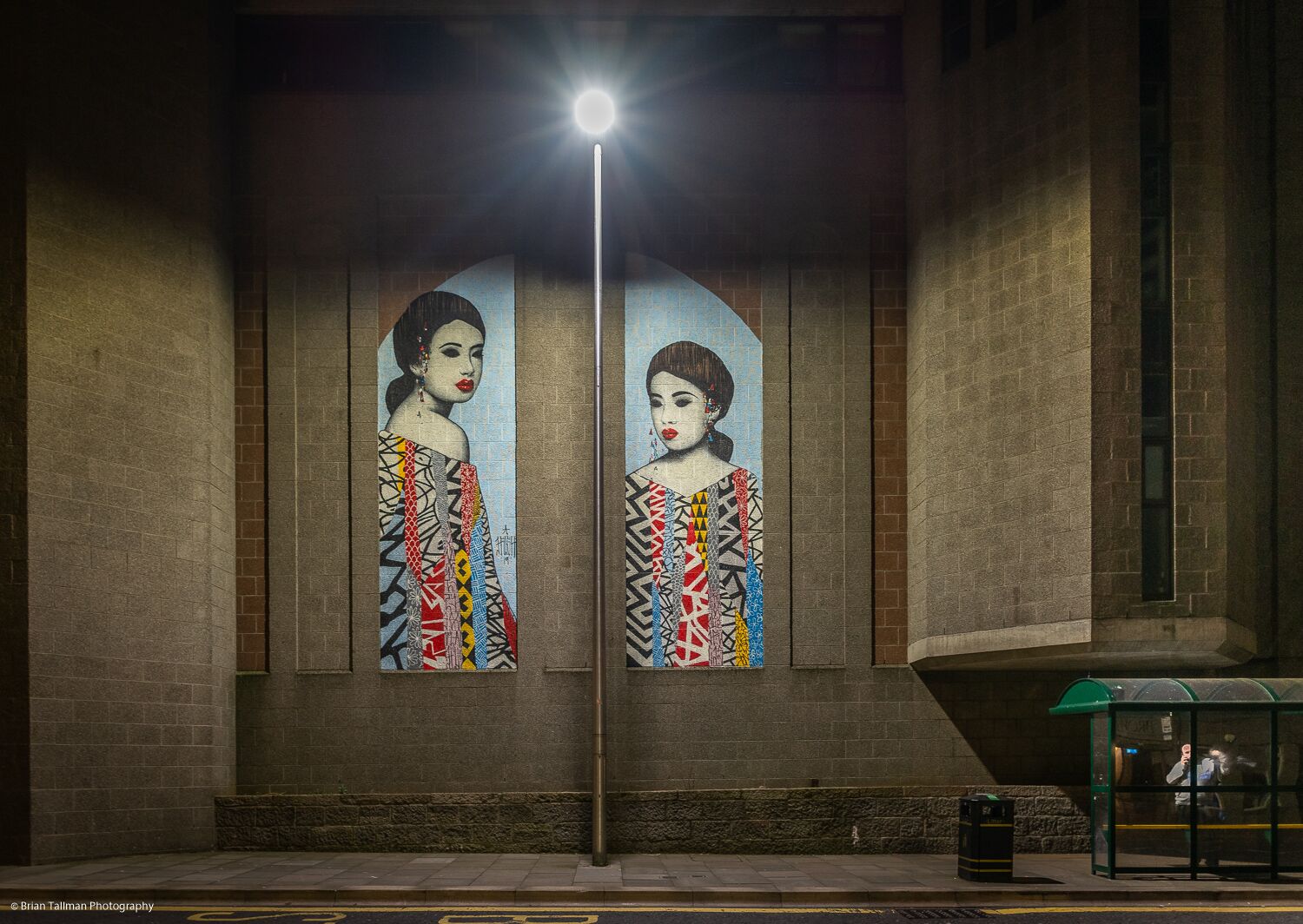