Last weekend, Corey Helford Gallery in Los Angeles welcomed in Ian Francis (featured) for another showing in their downtown space featuring a stunning new selection of mixed media works. Entitled The Call Of The Void, the exhibition highlights the British artist’s mastery with blending photorealistic and abstract elements in imagery inspired by the visual style of modern computer games.

He further explains –  “The phrase ‘call of the void’ refers to the strange sensation when you’re at a great height and gravity seems to begin pulling you at an oblique angle towards the edge, despite having no suicidal intentions. In this show I was interested in exploring the strained relationship between the modern world we’ve created and its animal inhabitants, at a time where we seem to be at the edge of an ecological tipping point. I wanted to make paintings of dystopian dreamscapes, with people interacting with strange, reconstructed forms of nature.

I’ve always loved technology, futurism and the world we’ve created for ourselves, but it’s hard not to be horrified by the impact our way of life is having on the planet. Even nominally wild animals now exist within the boundaries of a human constructed world they didn’t evolve for. Turning back the clock seems impossible, so the only real hope appears to be relying on technological solutions to our problems, but even if that’s in some way successful it feels like the result will be a strange and different world.

I was drawn to the idea of creating images of constructed animals by layering together different elements, including skeletons, polygonal structures, empty outlines and garish colors. I wanted to create a sense of facsimile, an idea of a beautiful natural thing that has been lost and replaced with something with a similar form, but distinctly different.” 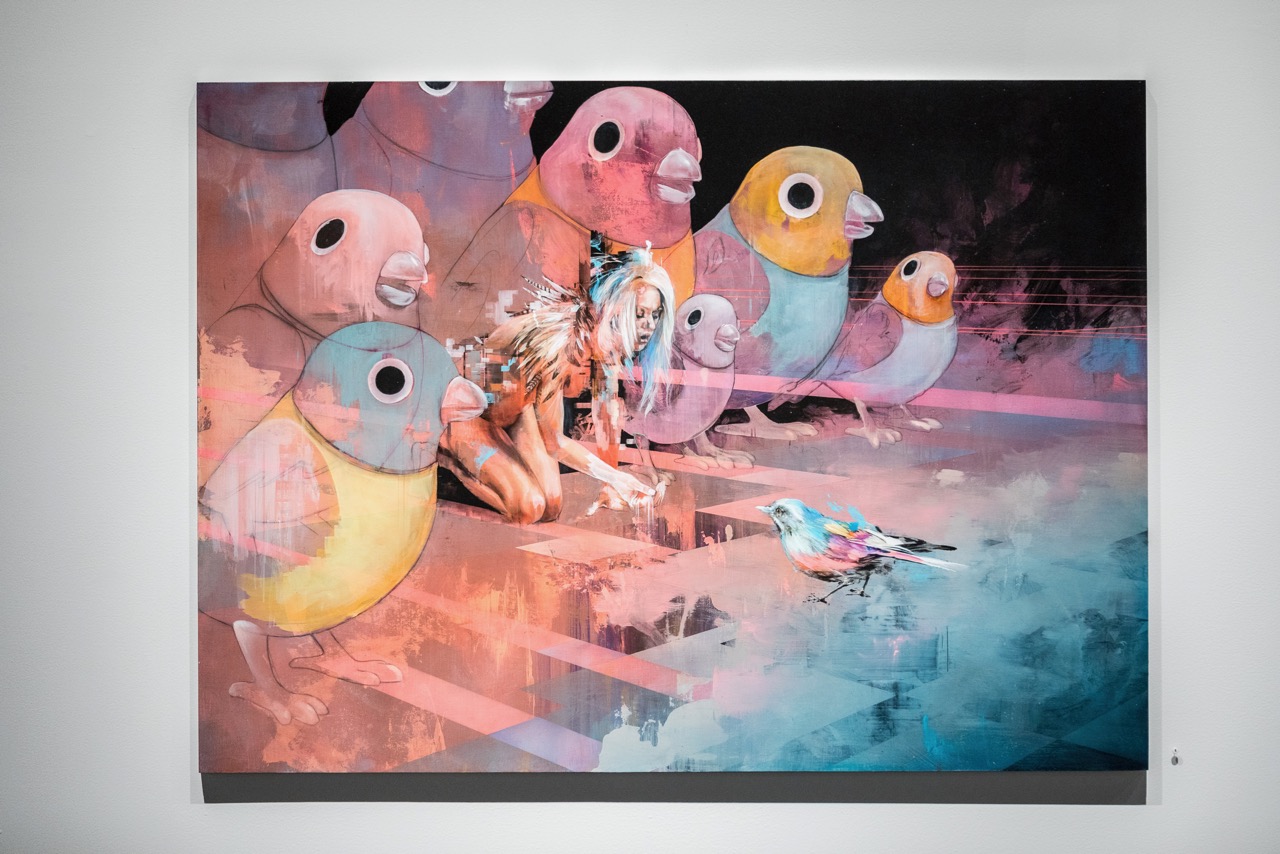 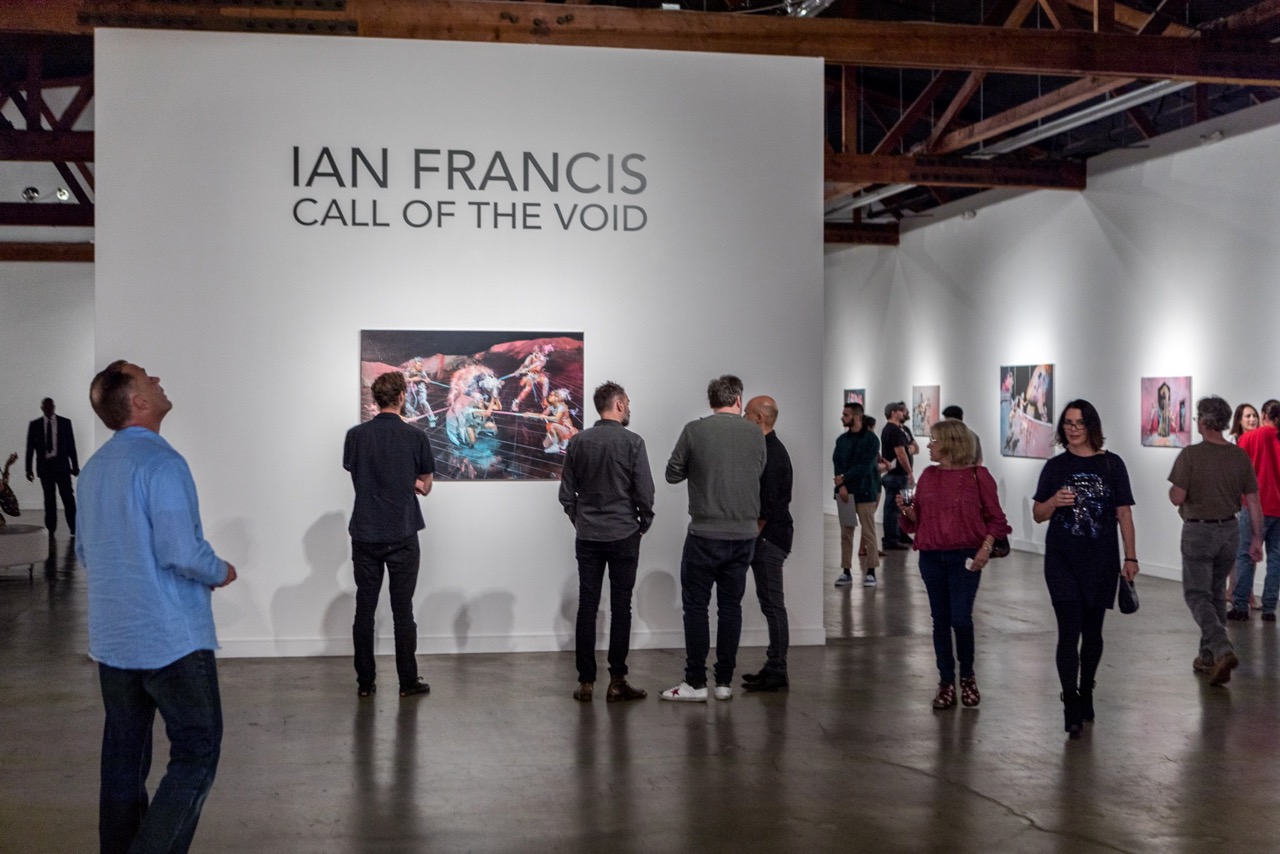 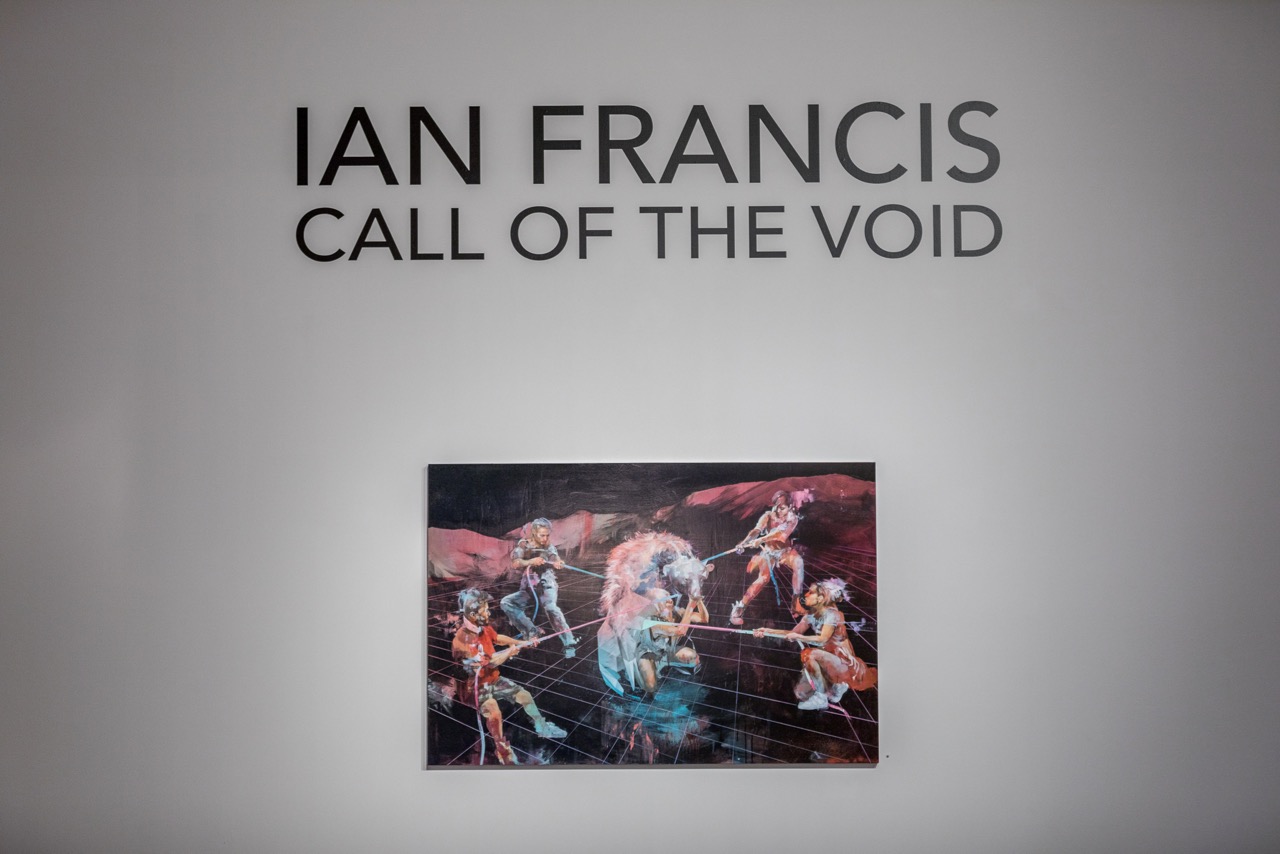 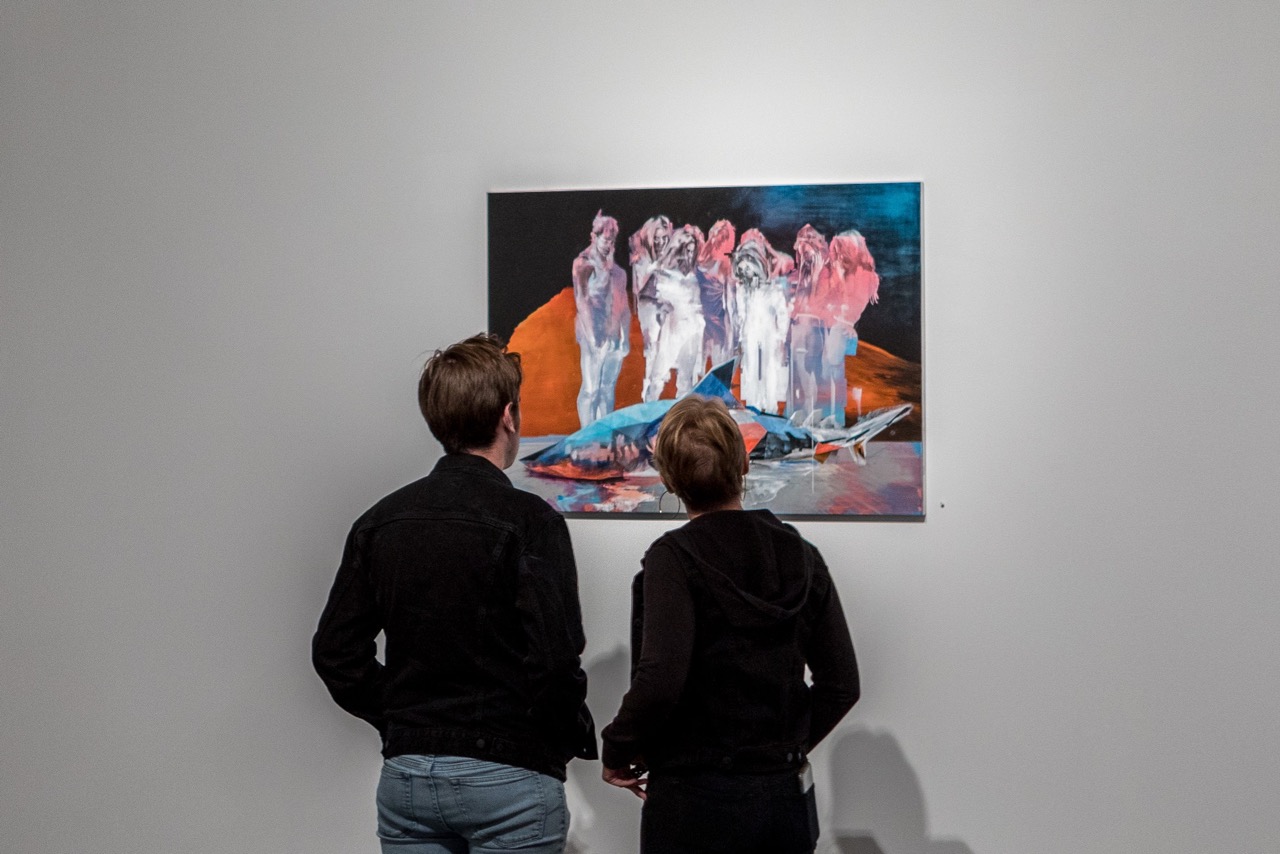 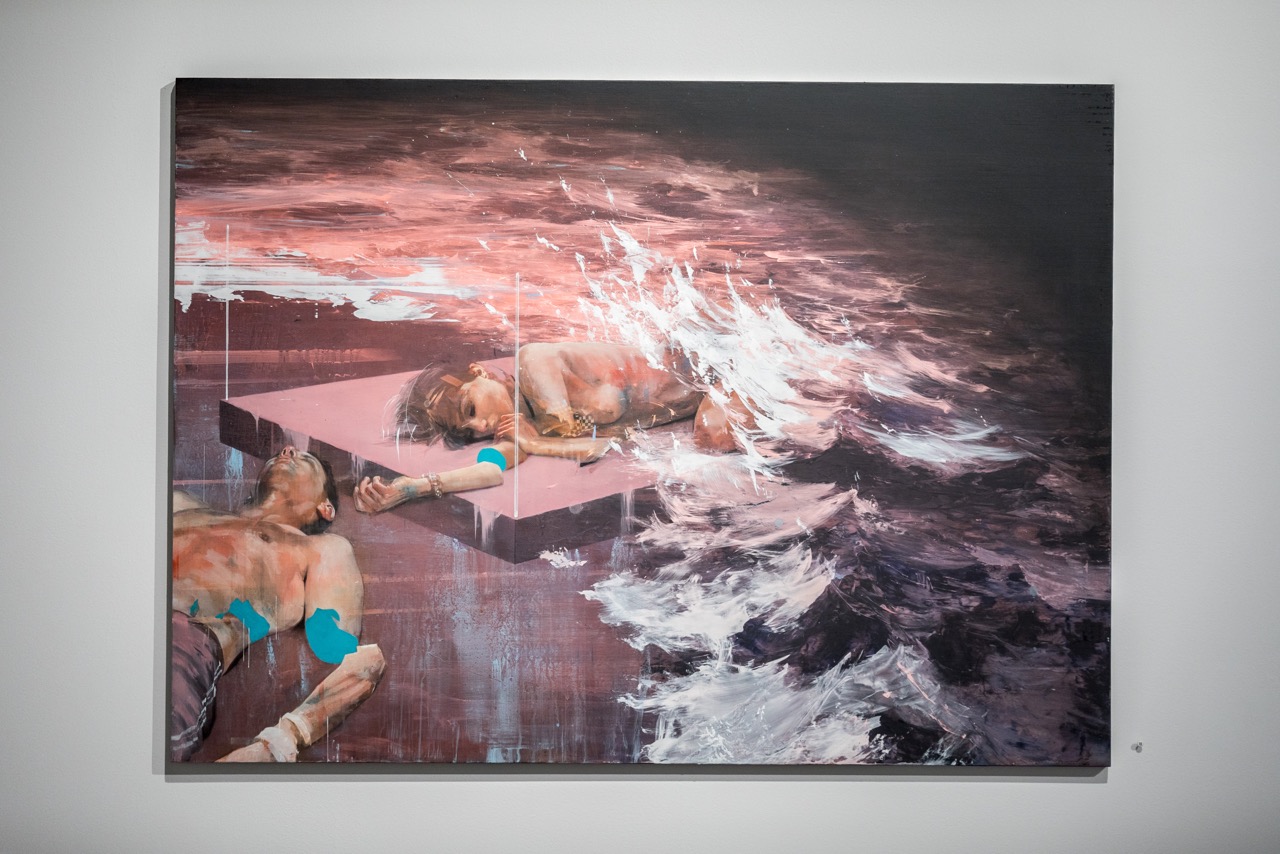 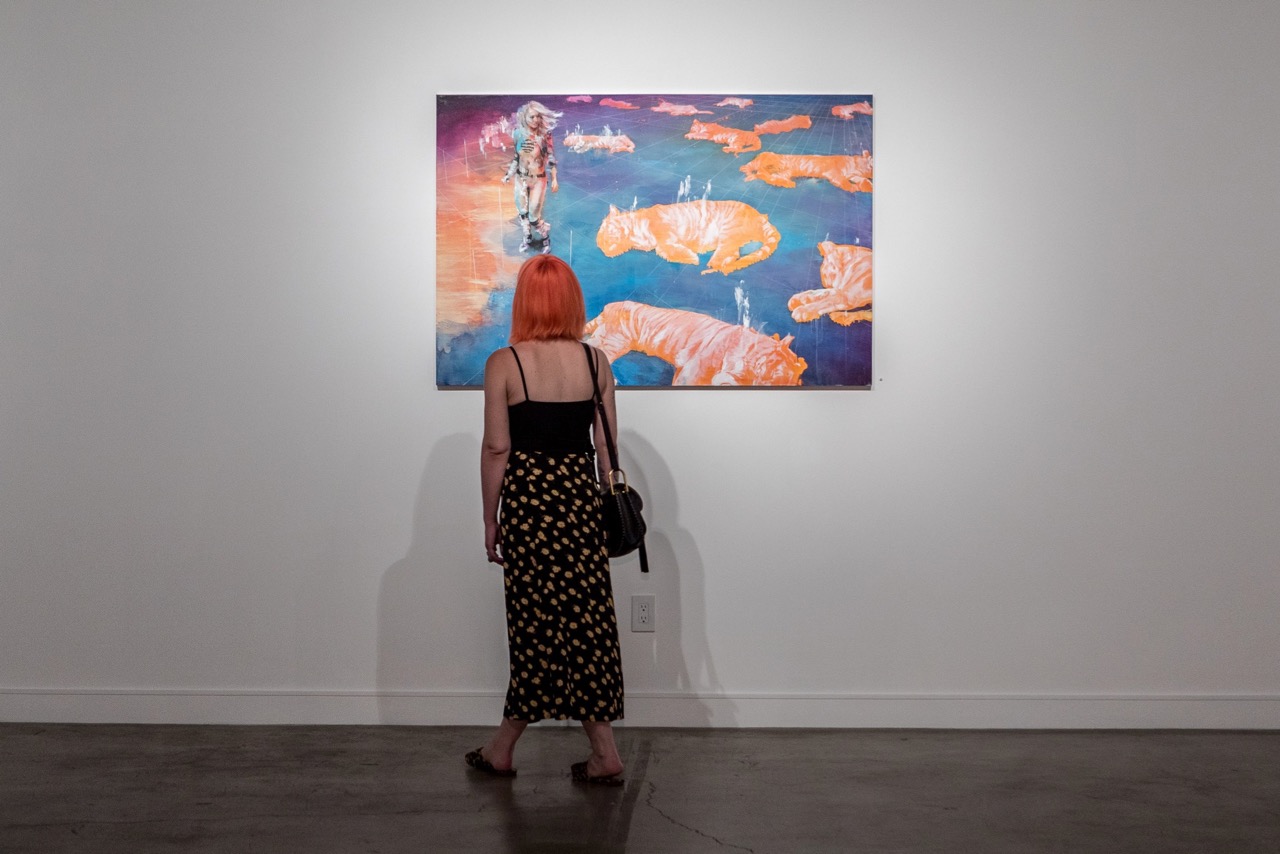 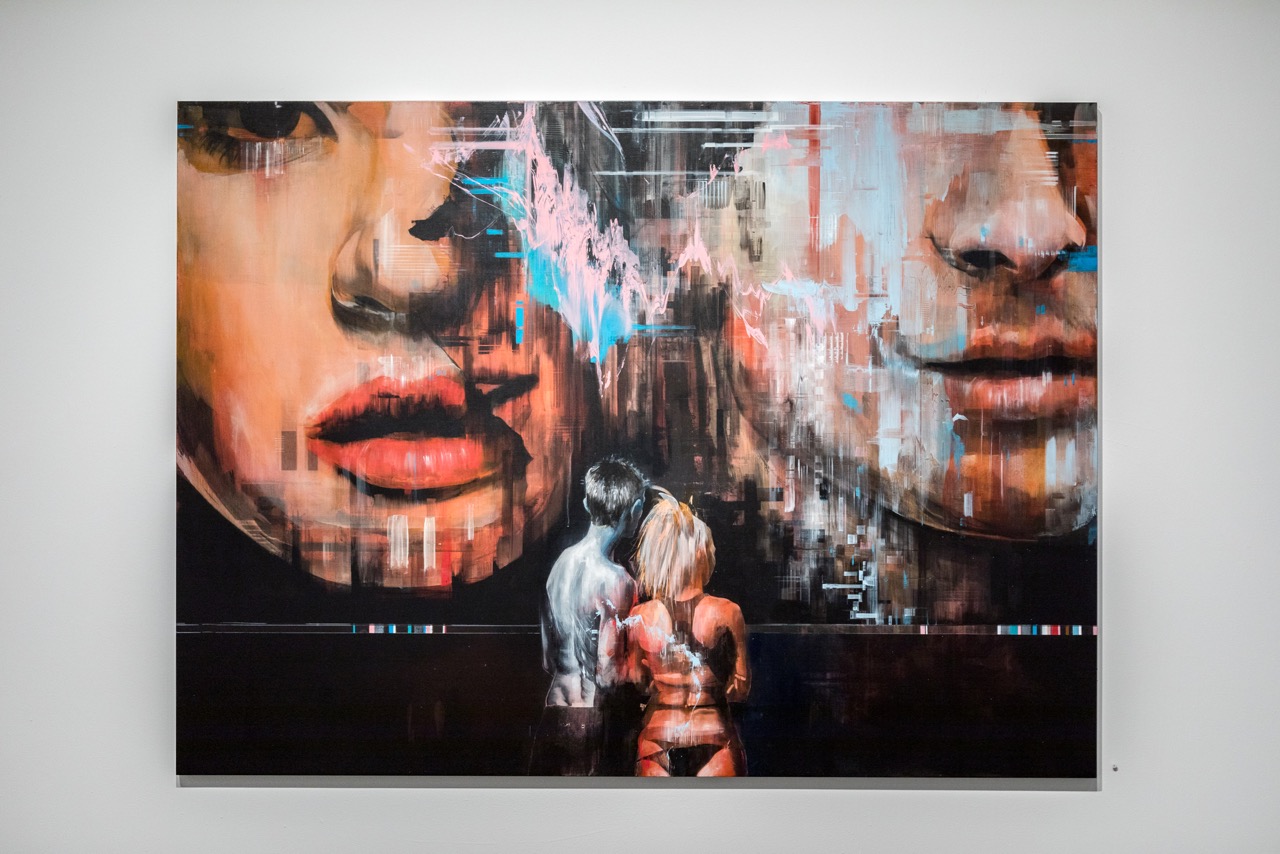 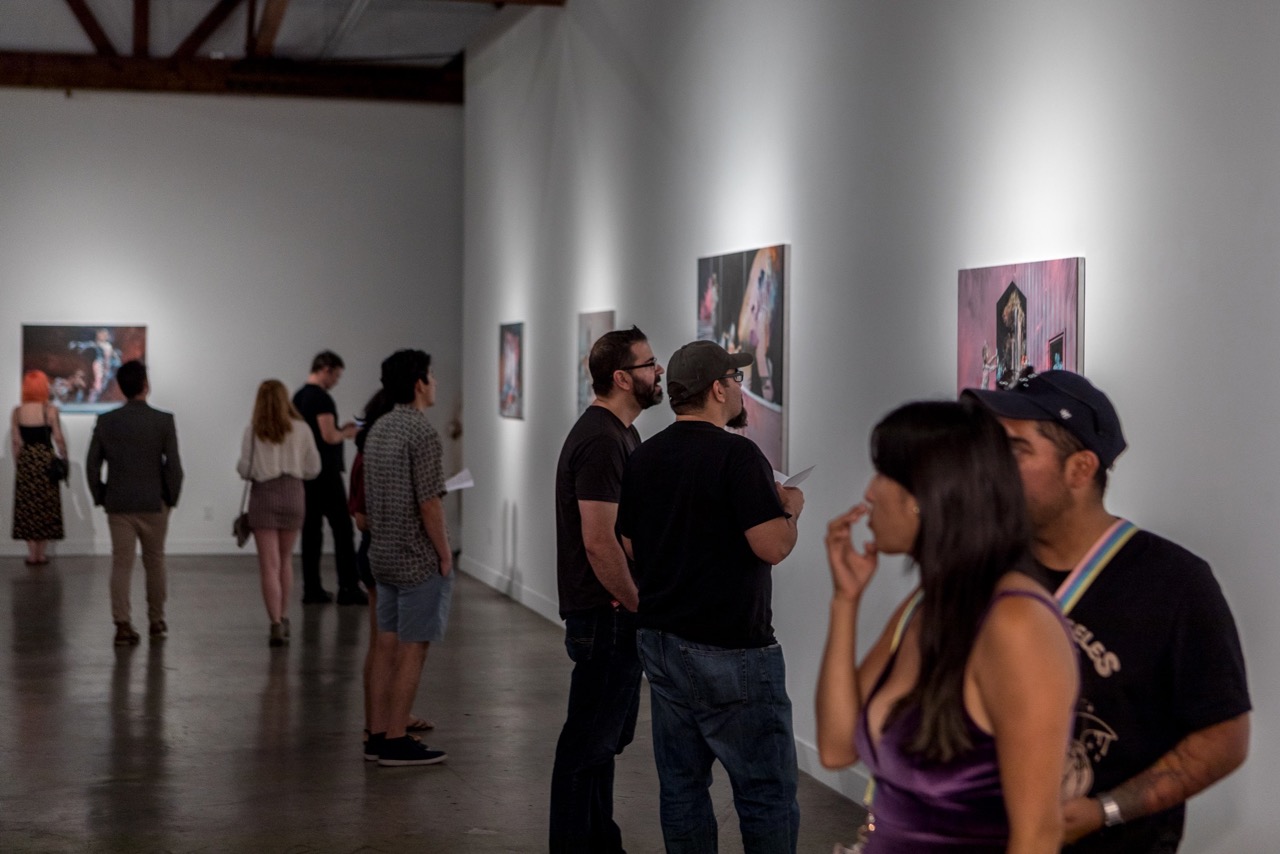