Mr Jago’s third solo show at Unit London, entitled Rewild, draws to a close this weekend following a four week run at the Mayfair gallery. The exhibition’s title references the practice of reintroducing keystone species and replanting a landscape’s flora as a mechanism for restoring an ecosystem’s resilience and helping to address more globalized environmental problems.

To be properly understood, the exhibition has to be read both as part of the lineal development of the Bristol-based artist’s practice and also within the much wider context of ecological history over the last millennia. His work has primarily been concerned with the environment since long before its more recent rise up the political agenda. And while the narrative around environmental problems has grown increasingly pessimistic as the scale of the challenge has become better understood, Mr Jago continues to remain ahead of the curve by presenting work which raises positive solutions to the existential threats which we face. The exhibition provides a historical backdrop for our contemporary world and, in so doing, provides the requisite perspective for finding new ways of thinking. Easter Island Adults references the Polynesian island which was home to a complex ecosystem and sophisticated society, both of which collapsed due in large part to acute, destabilizing deforestation. Although this provides a bleak precedent for our own circumstances, the vibrancy of the painting with its ocean-like azure blues and hibiscus pinks suggests a sense of optimism which rewilding can bring to the planet’s future.

The exhibition plays with scale in a number of respects. The works on the left-hand wall are notable for their broad and loose brushwork, which contrasts with the much tighter and more detailed mark-making on the canvases opposite. This is suggestive of the interdependence of grand apex predators and much smaller, more prosaic invertebrates in ensuring that an ecosystem can become self-sustaining. Pollinators is the exhibition’s largest work which serves as an effectual device for conveying the often inverse relationship between those organisms’ diminutive size and their considerable importance in preserving and regenerating the natural world.

The sensory nature of the works, with their saturated colors and impasto brushstrokes, engages the viewer in a way that suggests the process of rewilding isn’t solely an external experience that happens to the natural world. Instead, it’s also something which can, and perhaps must, also happen to ourselves, as alluded to in the polysemantic You’re An Animal. The philosophical basis of rewilding our own minds lies in the theories of Jean-Jacques Rousseau and Anarcho-primitivism but Mr Jago’s work conveys this process and condition instead through the praxis of the viewer becoming immersed in an abstract wilderness by the large scale, and enveloping nature, of the paintings on display. 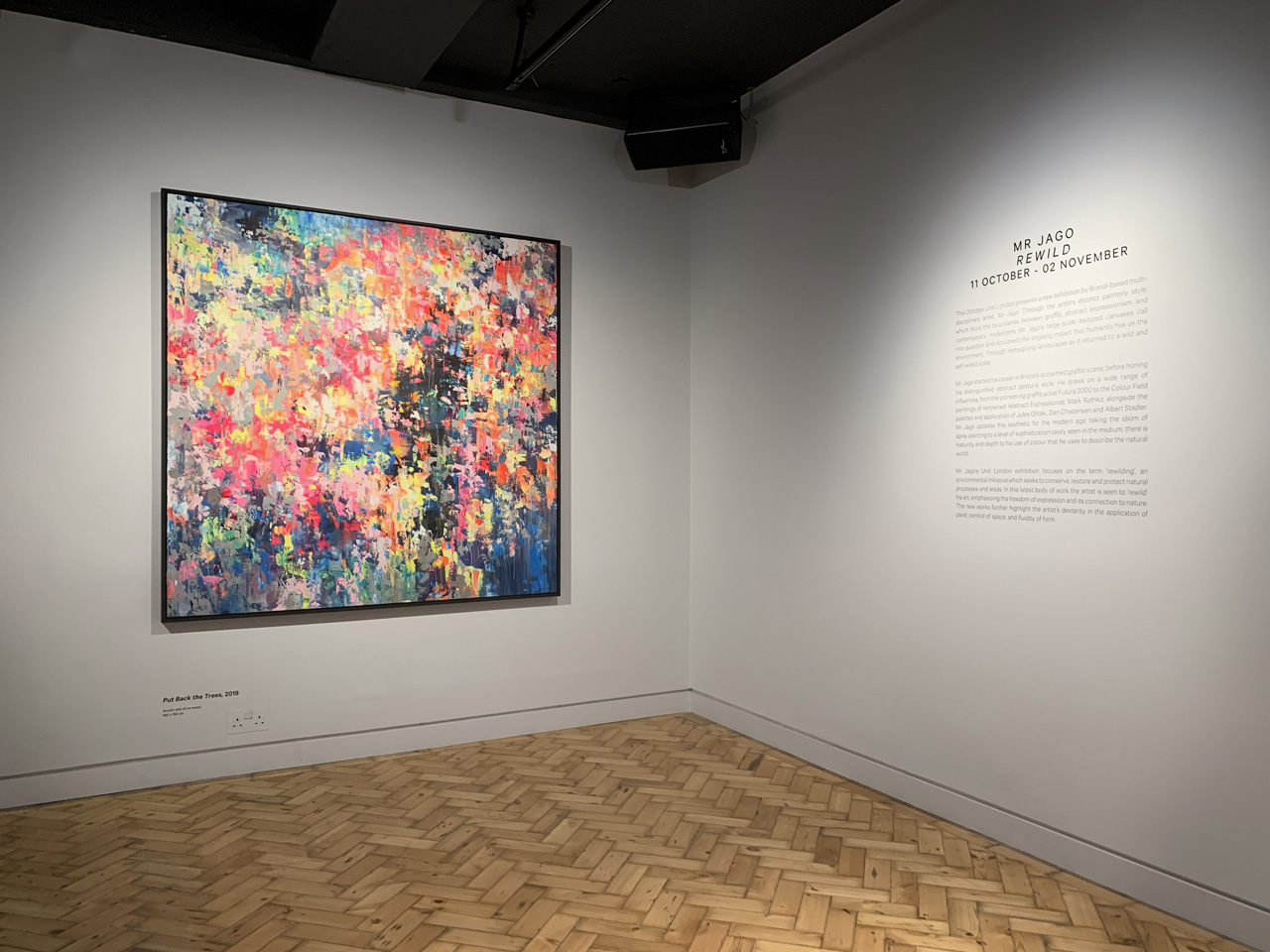 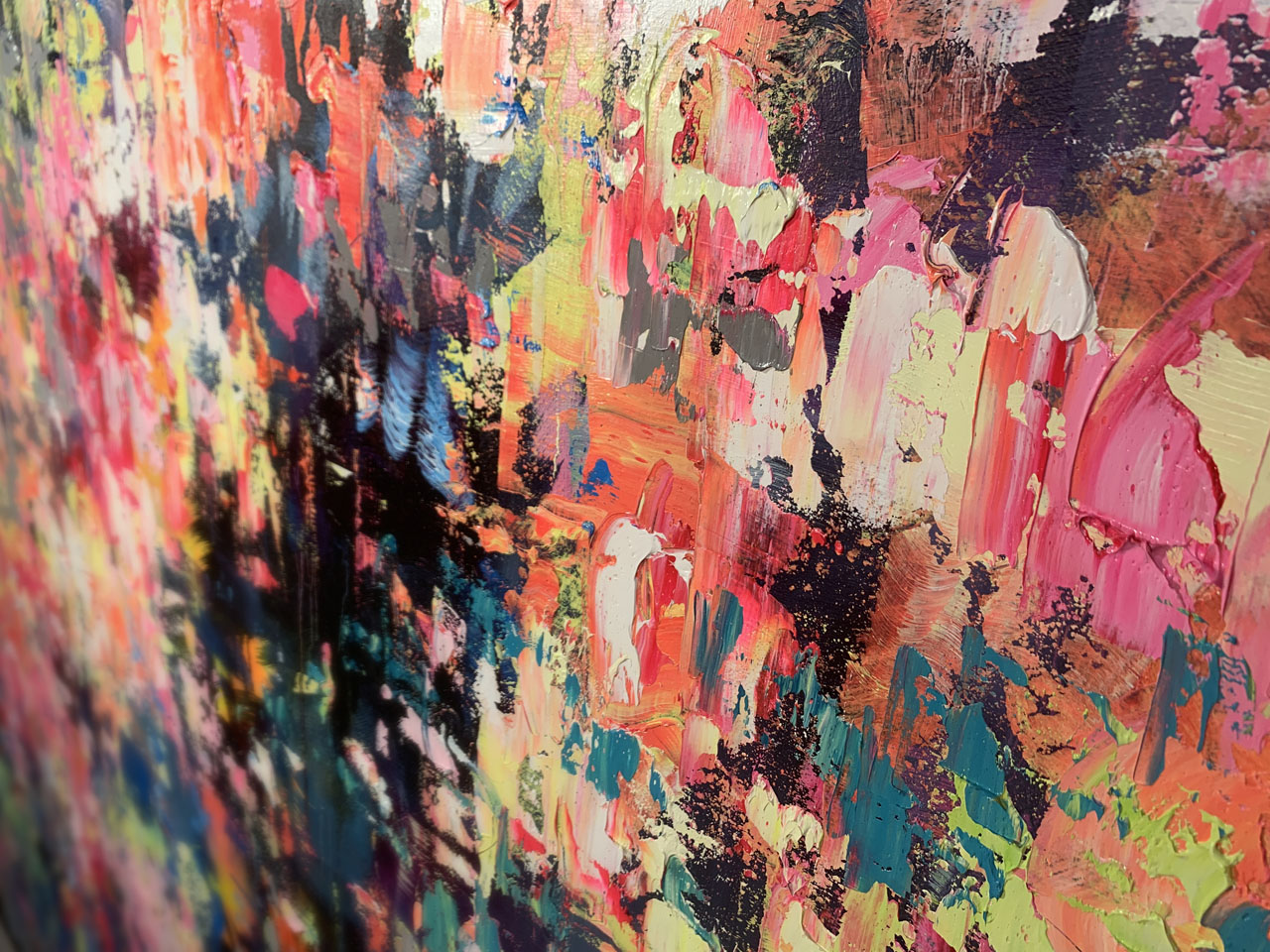 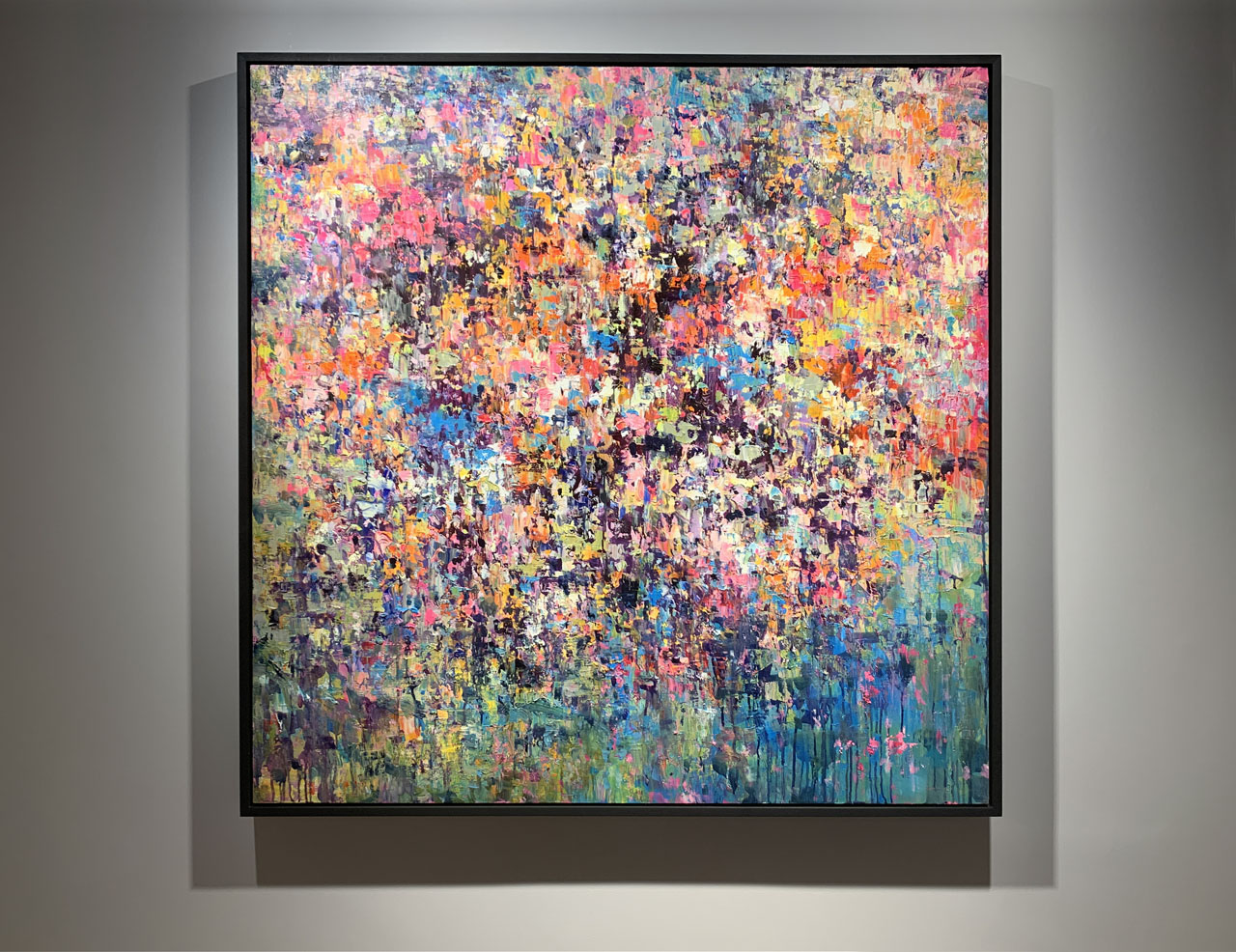 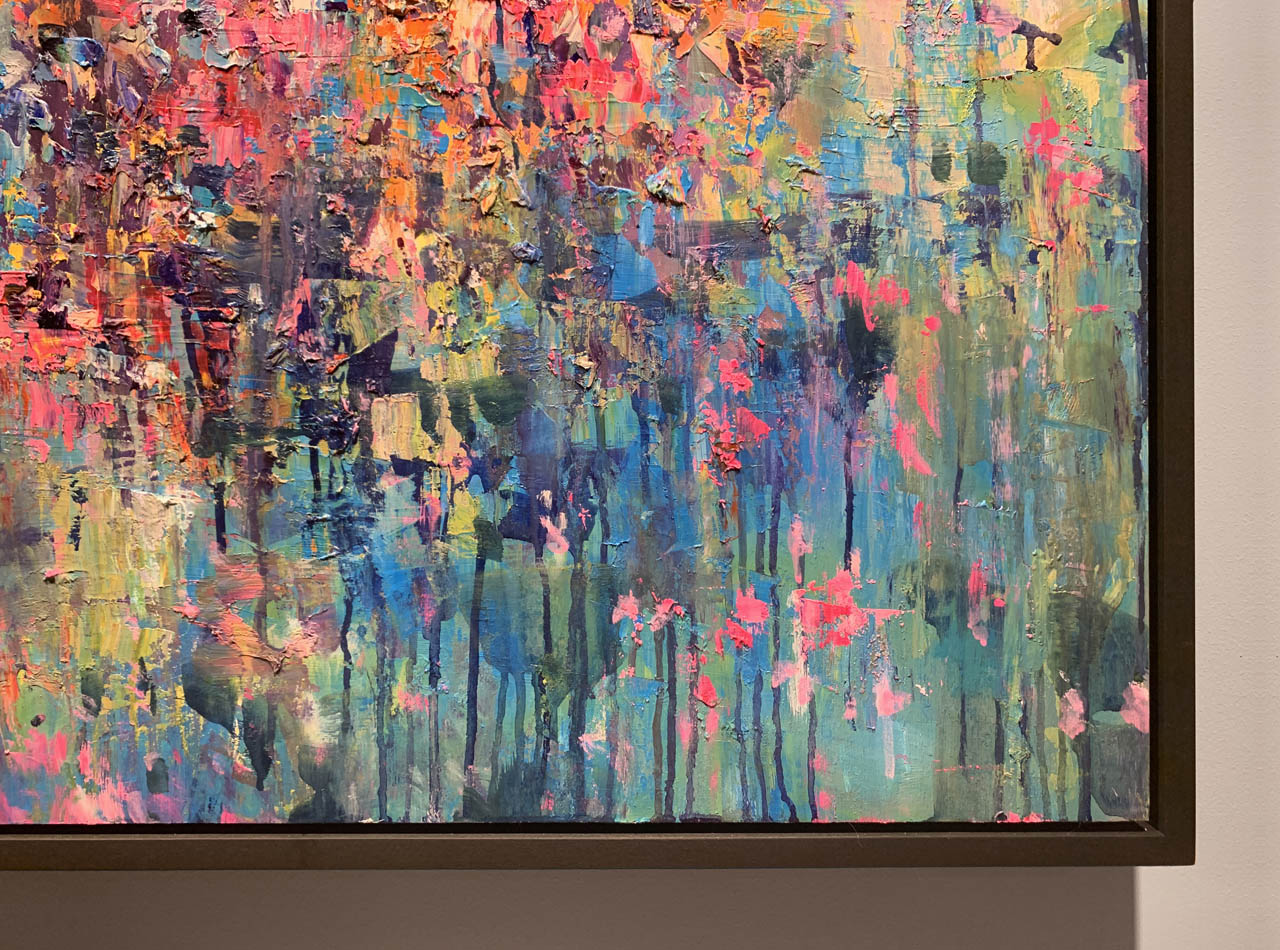 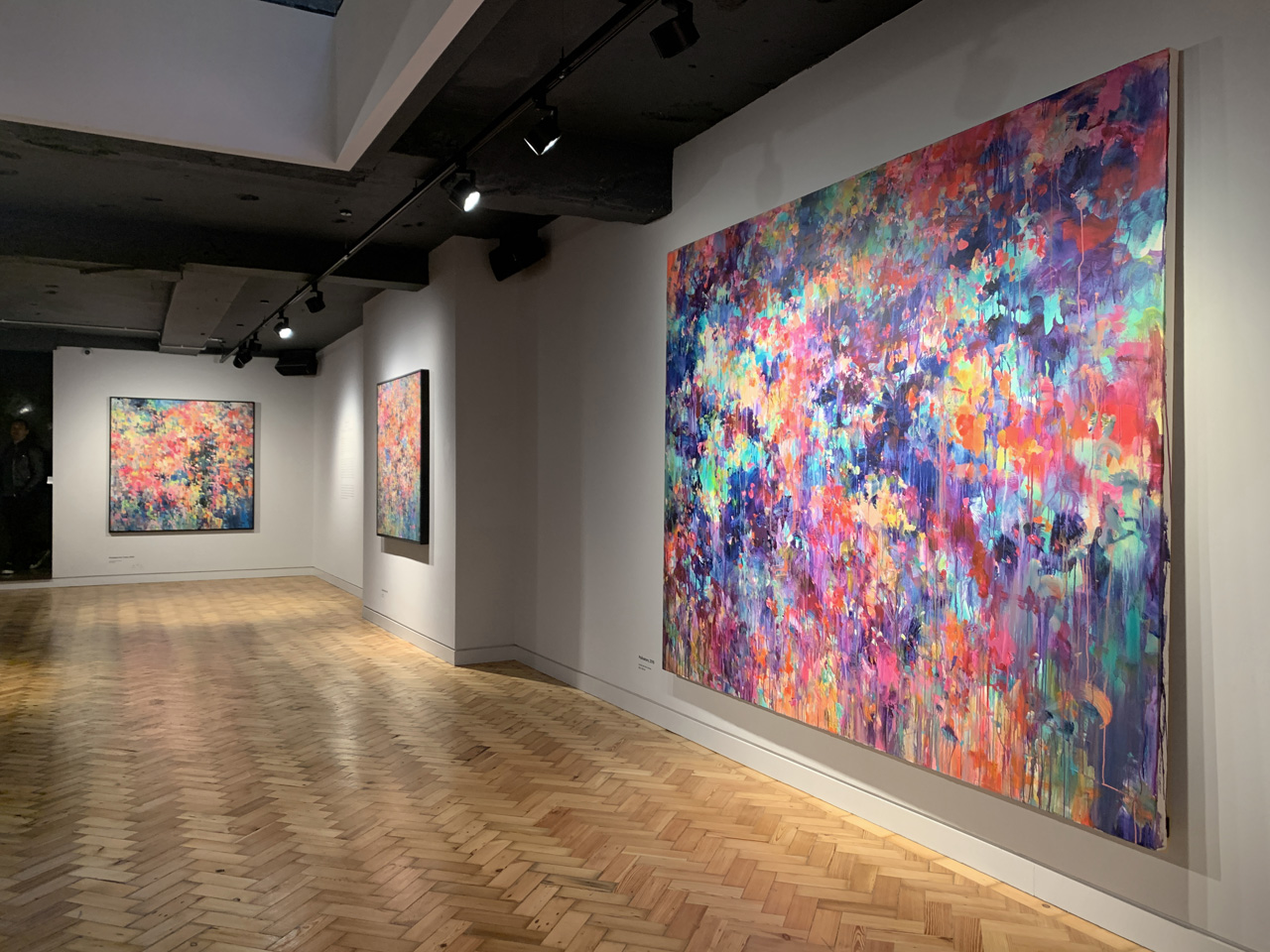 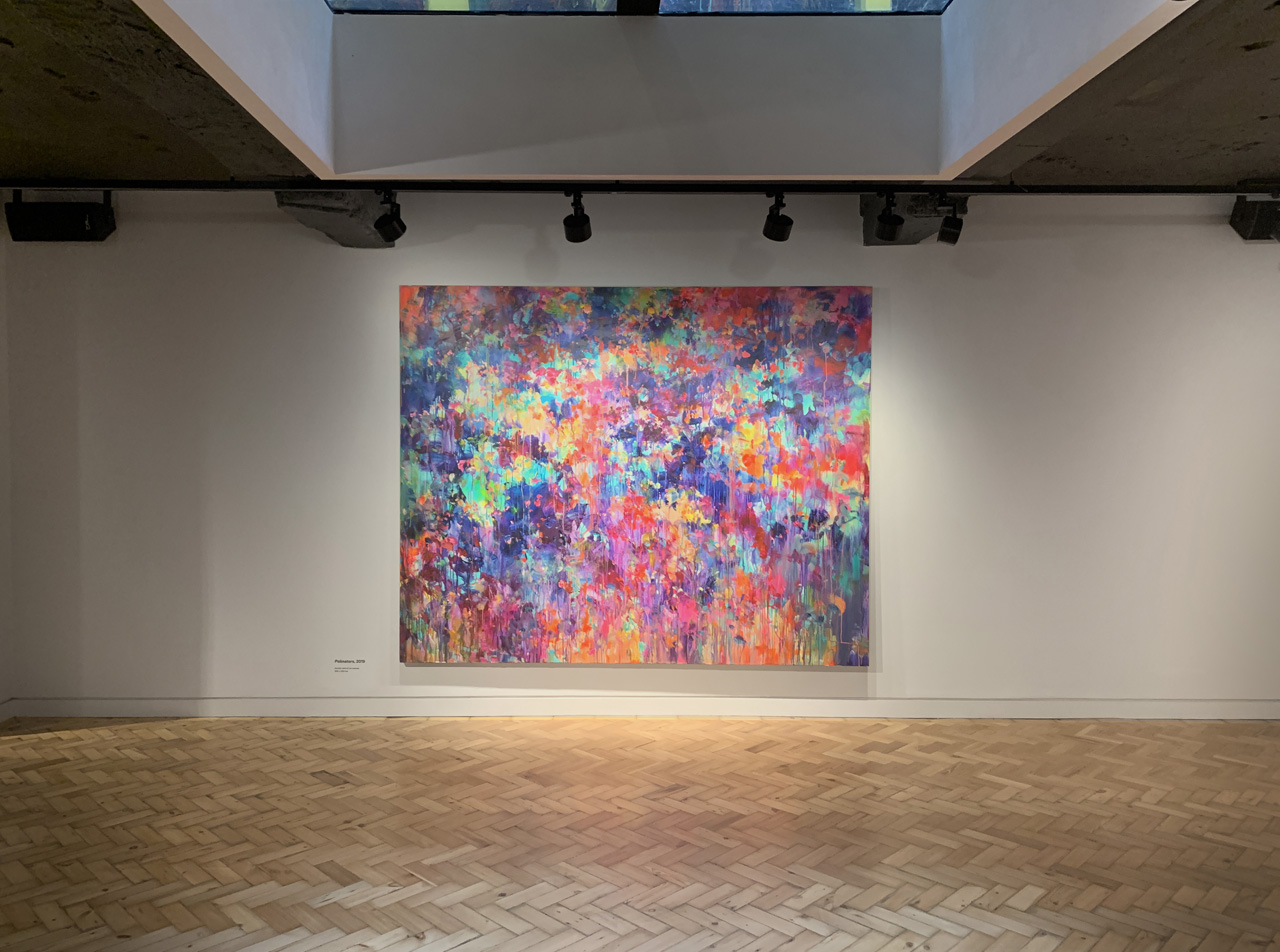 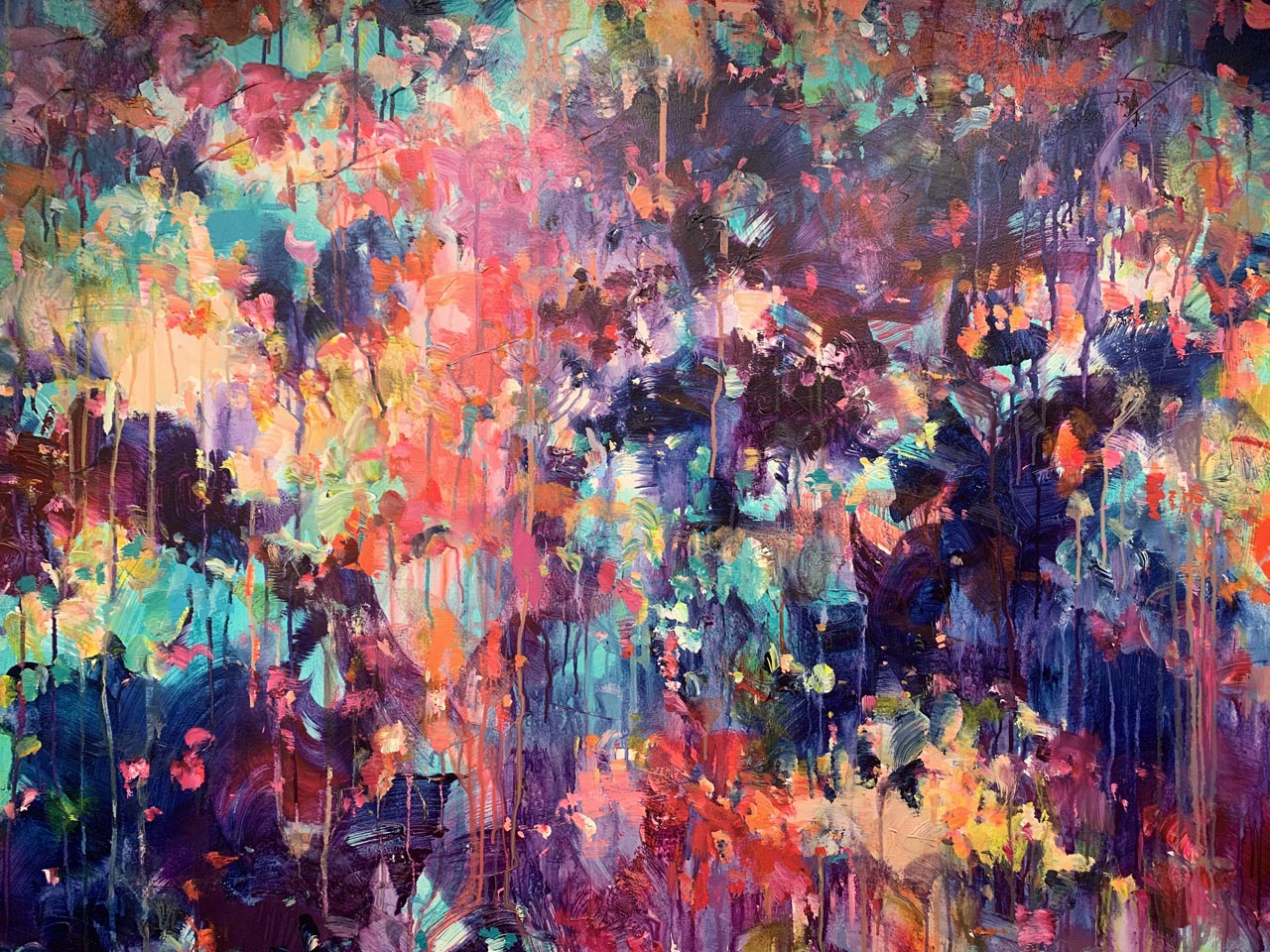 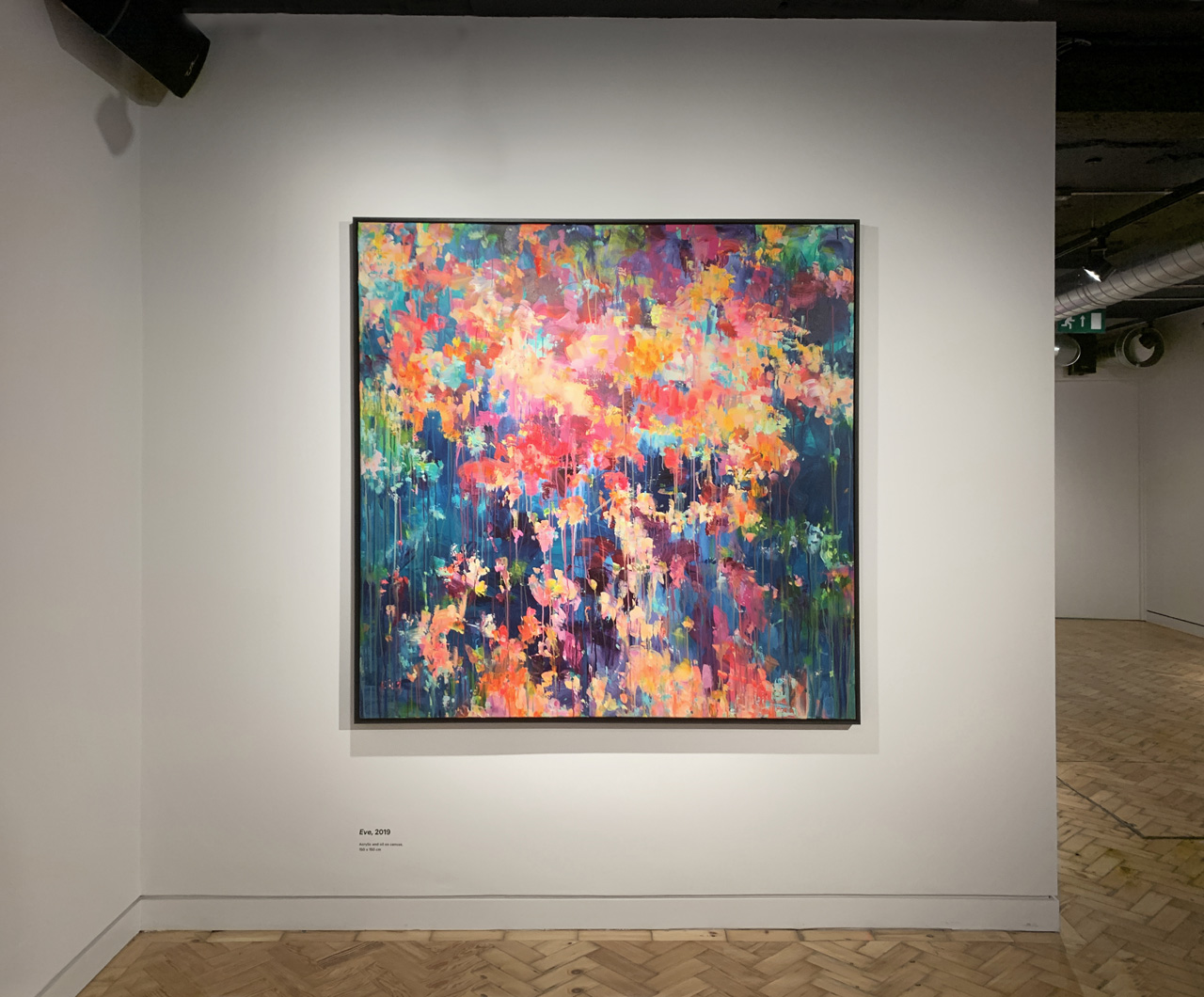