On 23rd of February, Alexandre Farto aka Vhils will be presenting his first solo show in the US, marking the launch of Over The Influence Los Angeles, an impressive 7,000 square foot gallery in the city’s Arts District. Created over the course of two years, Annihilation consists of an all new body of work inspired by the Portuguese artist’s fascination with the erosion of cultural uniqueness within the saturated environments of contemporary urban society.

Known for presenting the connection between people and urban environments using uncommon techniques and mediums, it was important for the Lisbon-based artist to exhibit his work in a metropolis such as LA. After exhibitions and projects in places like Lisbon, Hong Kong, Beijing, Rio de Janeiro, London and Paris, he is now bringing back the Western-flavored global culture to its very source. We recently had the opportunity and pleasure to chat with Vhils about the particularities of this milestone event, and learn about the thought process that lead to this impressive new collection of work. 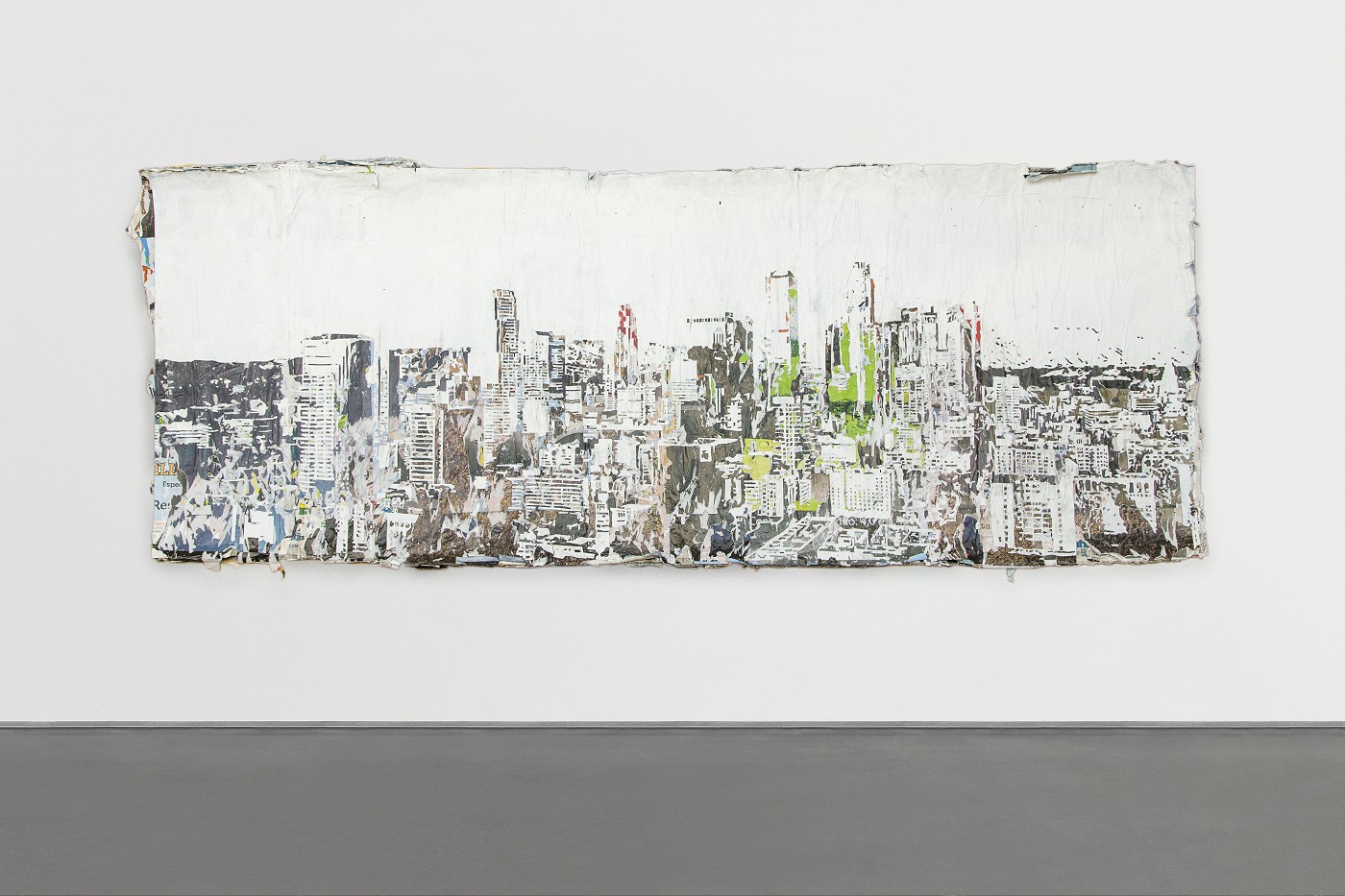 Sasha Bogojev (SB): Where does the title of the show come from?

Alexandre Farto (AF): This exhibition can be seen as a direct continuation of the work I’ve been developing recently, particularly over the last two years when I was based in Asia while also taking inspiration from other locations across Europe, Africa, Oceania, and the Americas. This has been exploring a variety of topics related to the current model of globalized development, namely its impact on local identities and its contribution towards the process of cultural homogenization we’re increasingly witnessing around the world today. It can be seen as a sum of all the themes and subjects the work has been exploring based on the idea that we’ve opened a new kind of Pandora’s box and are currently ignorant of its consequences in the long run. The concept of annihilation is connected with the process of cultural erosion but also with the impact of mass consumption and unbridled material growth and development associated with this new global paradigm on the sustainability of the planet and its limited resources. 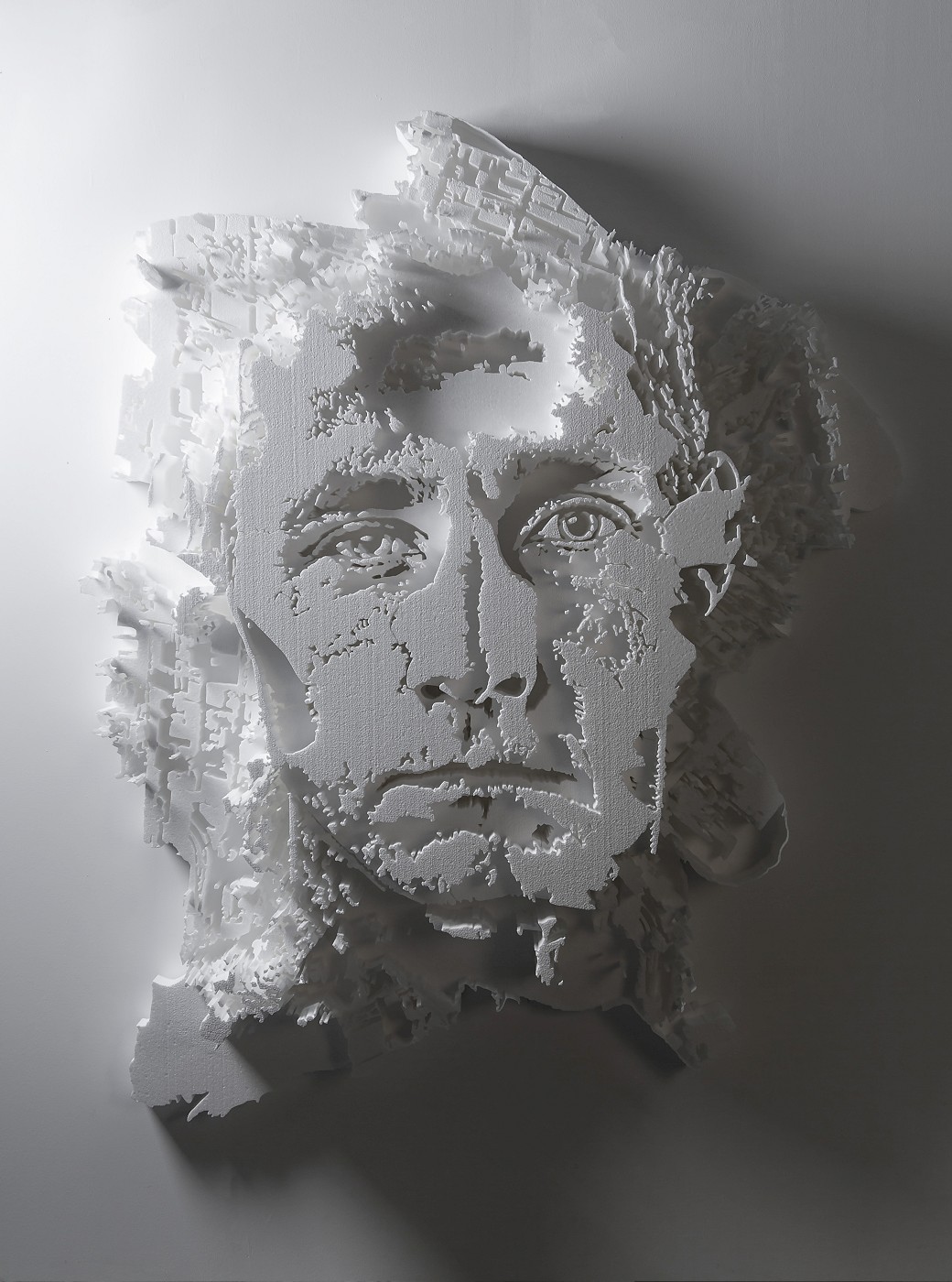 SB: Are the works in the show connected with LA or the US in any way?

AF: In order to illustrate this reflection on the reality of this new global paradigm, Annihilation features various artworks with a patchwork quality that are woven from a wide range of subjects, people and materials sourced from different locations around the world. These include Los Angeles and other US locations, but also other cities I’ve worked in like Lisbon, Hong Kong, Beijing, Rio de Janeiro, London or Paris. This intentional juxtaposition of materials and subject matter mirrors the interplay between elements from different cultures which we can see at work today in these increasingly homogenized large urban environments, and seeks to both confront and establish a dialogue that explores the underlying similarities and differences between them, which is to say, the tensions between local and global realities. 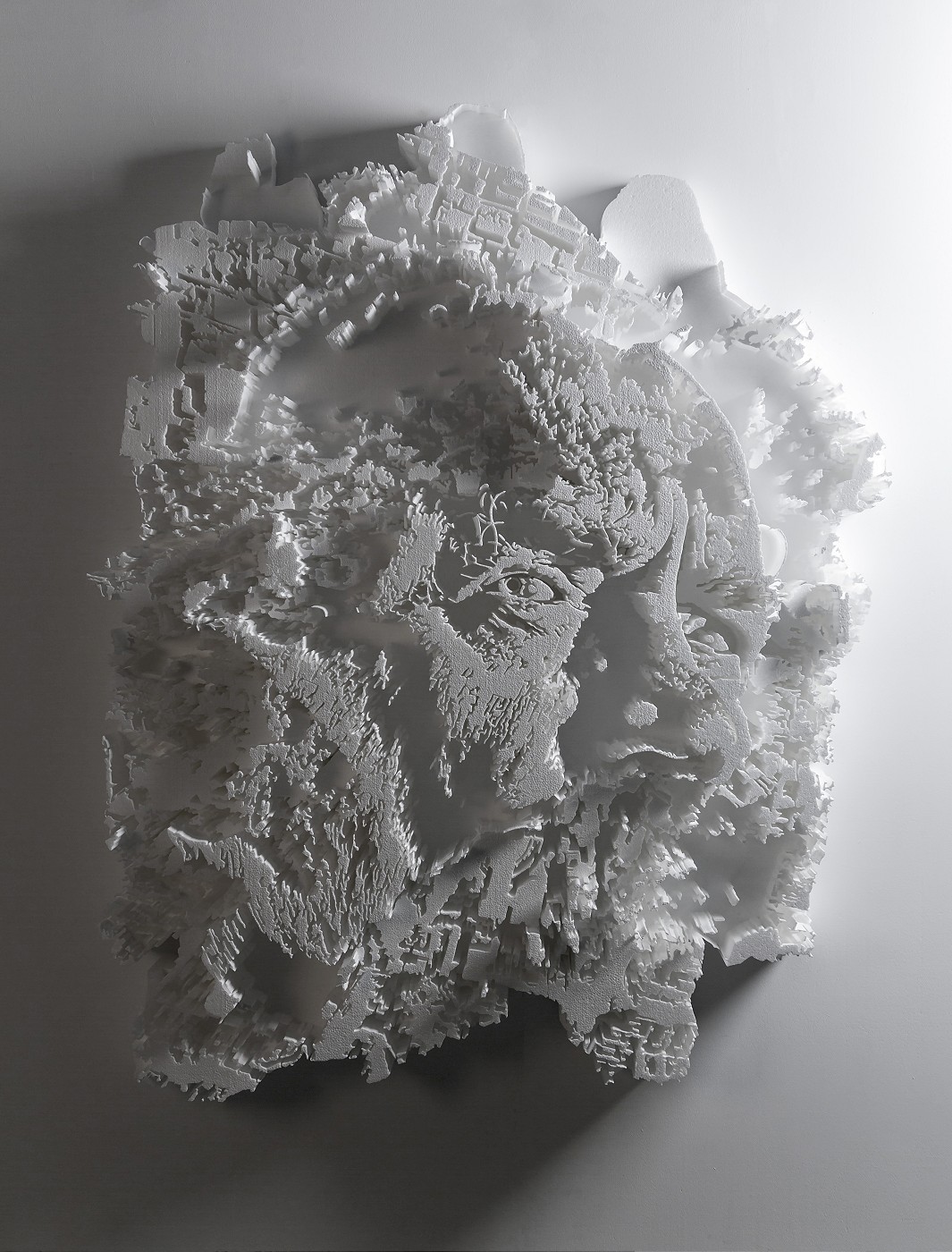 SB: Is the work in any way appropriated or inspired by local elements in the LA and/or US?

AF: Yes, it draws a lot from American culture and the leading role played by the US in ensuring the cultural hegemony of the West in today’s world, even though these references are diluted among those sourced from other countries. Being home to the powerful film, entertainment, and tech industries, Los Angeles has played a key part in the creation and diffusion of various elements that have shaped contemporary mass and popular culture around the globe, which are important components of this model of globalized development which my work has been analyzing. By taking this city as one of the key locations of this new world paradigm, Annihilation seeks to present a reflection on its contribution towards the forging of new attitudes, beliefs and behaviors by other nations and the emergence of a new transnational global identity that has been eroding the elements that once made each culture unique. At the same time, by taking some elements of this new Western-flavored global culture that have been absorbed by other countries in this process of acculturation and presenting them in Los Angeles, the exhibition can also be seen as staging their symbolic return to the city and the dominant culture from which they first emerged. So, in this sense, it also stages this full circle of dialogue and clash between cultures.

SB: How do you feel about presenting the work that speaks about effects of urban development in “the largest (area-wise) urban region in the world”?

AF: Besides the ideas I outlined above, this is yet another reason why this exhibition makes so much sense to present here in Los Angeles. Over the last two years I did a lot of work in Hong Kong and Macao, two fairly small cities (in terms of area) yet with some of the highest population densities in the world, so it’s very interesting to be working in this horizontal model of a city as opposed to the vertical models I found there and being able to compare the similarities and the differences between them. 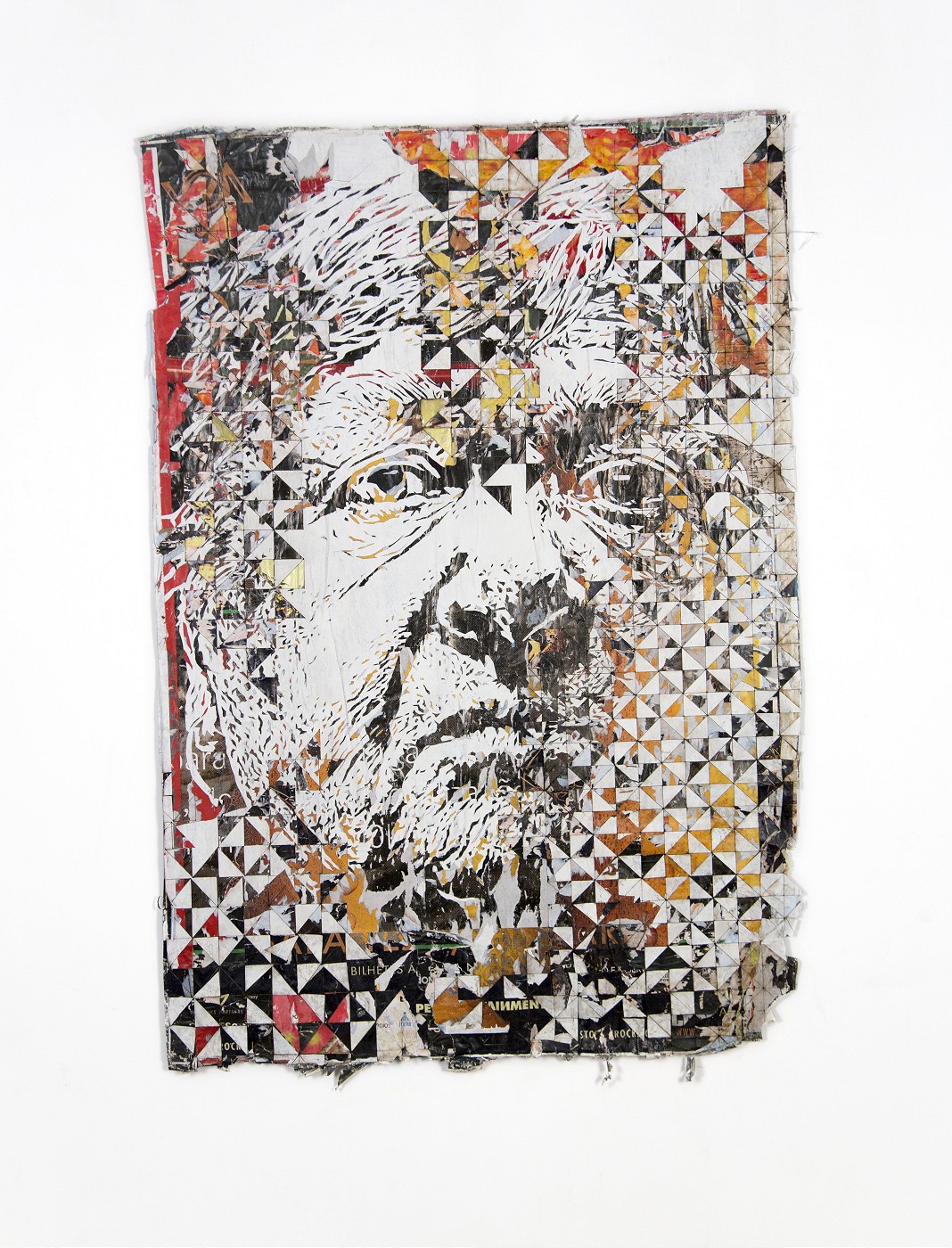 SB: When was the first time you visited the US and how was that experience for you?

AF: My first trip to the US was when I visited New York ten years ago for the Outsiders group exhibition curated by Steve Lazarides. As someone coming from a European city, the differences were quite clear but what was interesting was to find also many similarities, especially related to the contrasts by which cities operate in. The city’s liveliness and the impressive amount of things to do in terms of culture and the arts was of course very impressive but at the same time the similarities that are common to the contemporary urban model also made me think about the common challenges the world is facing right now.

SB: Did your impression match the expectations you’ve built from movies etc?

AF: This is an interesting question, as it highlights the point I was trying to make above about the cultural impact that the US film industry has had around the world. The influence of its images, but also the ideas, concepts and worldview associated with them, is so pervasive in global terms that for someone who comes from overseas it’s hard not to have already been influenced by the reality they present. During that first visit to New York, but even today after I’ve travelled and worked extensively across the US, I understood that it’s very difficult to dissociate the reality of this country from the fictionalized version we consume through its movies but at the same time it was also very clear that there is so much more to this country than what you do see in them. 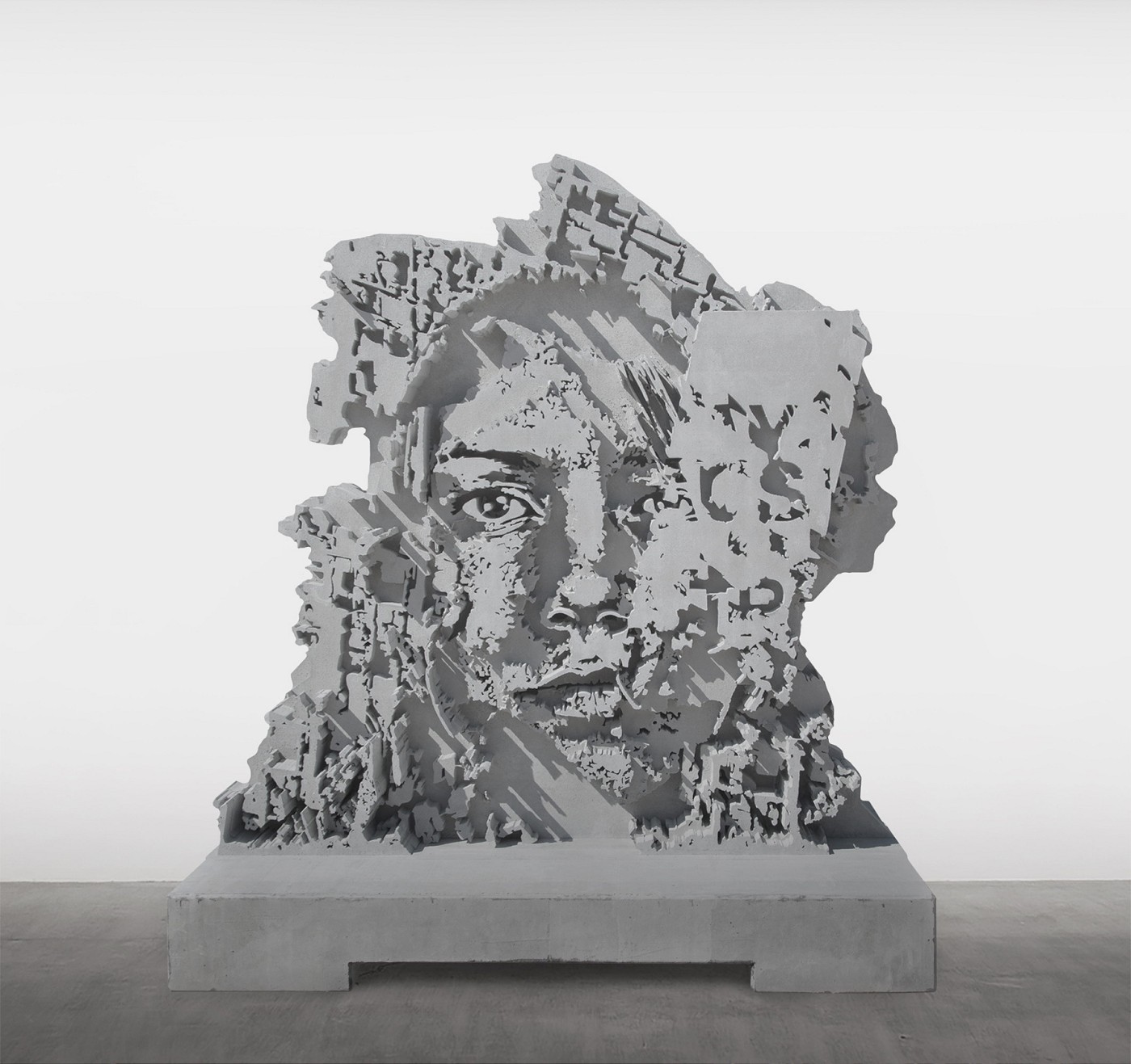 SB: How does the US compare to your native Portugal when speaking of erosion of cultural uniqueness?

AF: We know that cultures are not static. They change and evolve over time, they absorb and adapt elements of other cultures they’ve come into contact with. This has been occurring throughout history, so there is nothing new to this. The issue today is the unprecedented scale and speed at which this process is taking place, besides the fact that the entire world is being influenced to absorb and adapt the same elements at the very same time. When we speak of this Western-led cultural globalization, this doesn’t mean that the Western nations themselves haven’t been victims of the same process of erosion. In the early- to mid-20th century, this process used to be called modernization and it was also responsible for eroding many cultural traits and practices that people in the West had been following for centuries. And this obviously includes the US and Europe.

The US only started leading this process after World War II, for all the historical reasons we know, and despite the fact that, in many ways, it directed its fundamental essence, it too was transformed by it. The case of Portugal is interesting because it was only really exposed to this modernization in the last 40 years, as the country was governed by an inward-looking right-wing conservative dictatorship between 1928 and 1974. Between the mid-1970s and the mid- to late-1980s, Portugal was made to catch up with the rest of the Western nations, and the intensive process of development and modernization it underwent was brutal, in the sense that it changed the culture almost overnight. This is also happening in many other countries today. This short, sharp shock of development is what many people are finding hard to adapt to. Changes that used to occur over several generations are now taking place in the course of a few years. These are major challenges the world is facing today, and despite being led by some countries, mainly the US and other Western nations, it doesn’t mean that their populations are immune to these transformations, as we have recently been seeing in the reactionary socio-political movements that have been growing in them.

SB: How could the current socio-political climate affect the elements your work is focused on?

AF: Seeking to reflect on the present-day human condition in contemporary urban societies, most of my work has been addressing social issues in one way or another, namely those caused by these transformations I mentioned above that result from this tension between local and global realities. It does so with the intention of trying to help make visible these issues that seem invisible to most. I’m interested in these local struggles as they tell us a lot about the essence and the impact of this global transformation and can point us towards providing us with global solutions for these local issues. We can’t stop the process of globalization, but we can try to transform it, making sure it adapts to local needs. The same goes for development. There are both positive and negative features in these processes but the main issue here is that people have a right to take part in decisions that concern their future and their well-being. Development is necessary but it has to be oriented towards the people.

SB: Did the current socio-political climate affect or inspire any of the pieces in any way?

AF: As explained above, both the exhibition and the artworks themselves are inspired by the larger socio-economic themes I’ve been exploring over the years.

SB: Are there any new techniques or approaches introduced in the show?

AF: The exhibition features an entirely new body of work which includes some new elements I’ve added to old techniques, such as the new series of carved wooden doors with inlaid wooden overlays, and a series of massive pieces with hand-carved advertising posters removed from the streets, among others. As for new techniques, it will also include two concrete cast sculptures that are conceptually linked with the styrofoam dioramas I’ve been working on for a few years now. These are basically three-dimensional sculptural panoramas that can be read either as a face or a cityscape, reflecting the concept of reciprocal shaping that exists between people and the cities they live in. 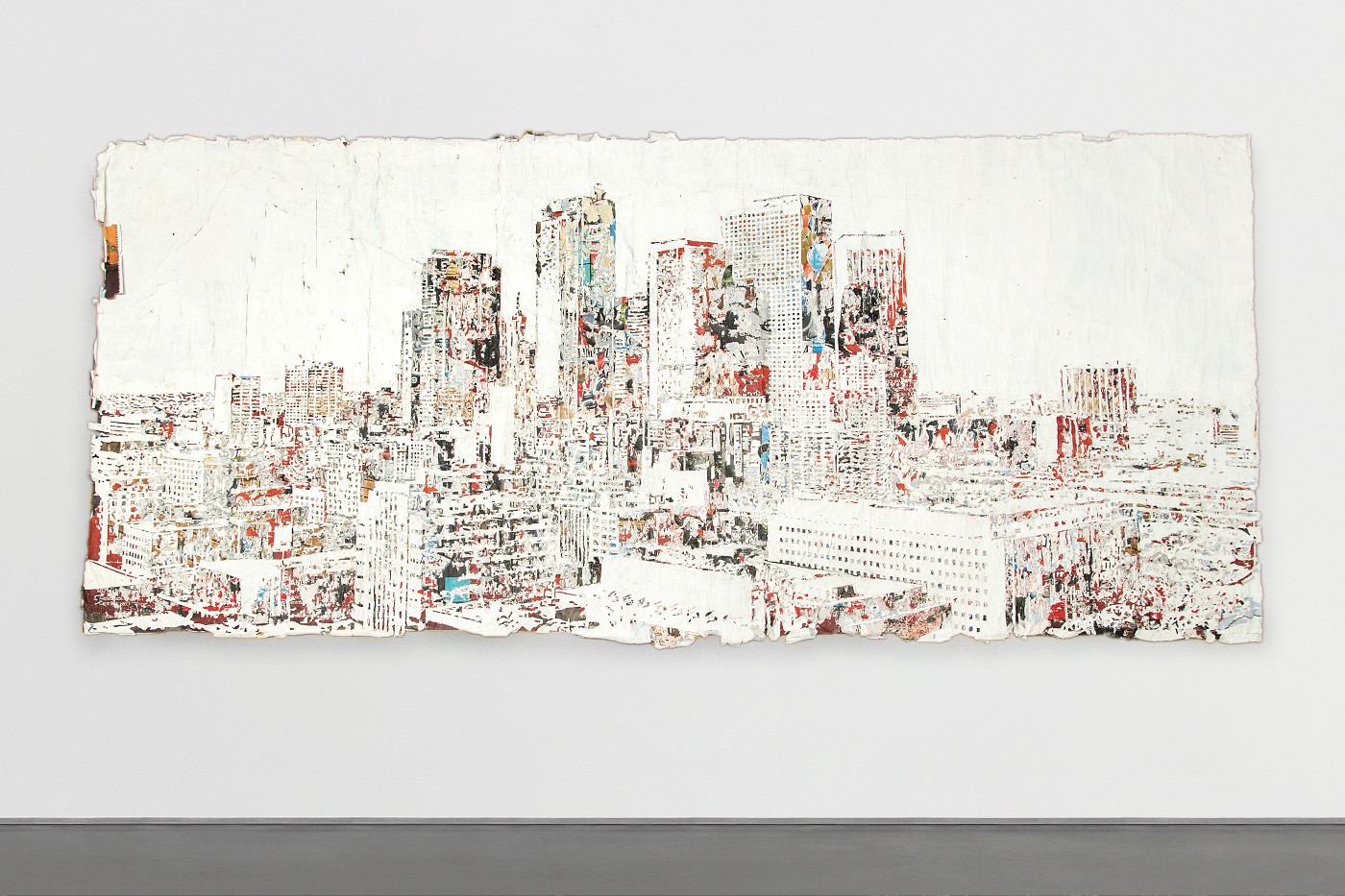 SB: What is the scale of works that will be presented?

AF: It’s very diverse, ranging from small and medium-sized works like those on acid-etched metal plates and carved wooden doors, to the large concrete dioramas and a few massive compositions with carved posters.

SB: Do you have anything else planned during your stay in the US?

AF: Yes, there are a few other projects under discussion but these will be announced if and when they are confirmed.

SB: What other projects do you have planned for the rest of the year?

AF: I’m trying to work on fewer projects this year so that I can have more time to focus properly on each. Amongst a few other surprises I have in store, I’ve been working towards a big museum show in Paris that will open in May and I’m really looking forward to this. 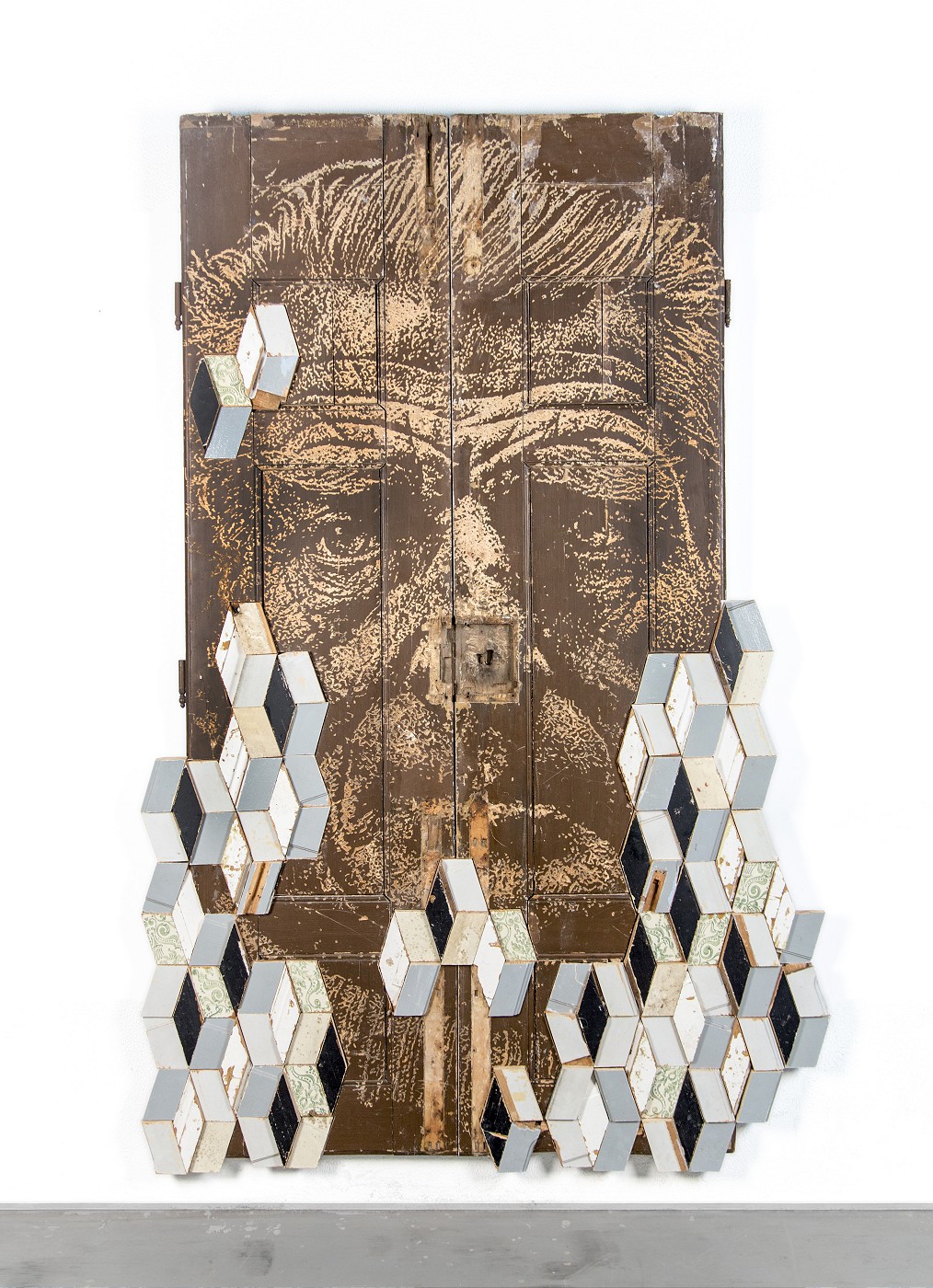