A couple of weeks ago, we had the privilege to peek inside DALeast’s (interviewed) studio in Berlin as he was preparing the new works for his upcoming solo show which opens on 2nd of November at Hashimoto Contemporary in New York. For his first gallery presentation on the East Coast in over five years, the Chinese-born artist is preparing a selection of works created with different techniques and mediums.

We’ve been following the career of DAL for almost a full decade now and we’ve always had a weak spot for the organic, ribbon-like line work that forms his imagery. From large-scale murals to small watercolors on paper, his work was always able to project the most intense energy from a single image that is sometimes literally imploding or falling apart. The newest pieces show a somewhat different approach, through the use of thinner brushes and therefore providing more detail to his unique renderings of wildlife. Living a nomadic life, constantly working and traveling, DALeast accidentally discovered some fresh mediums and techniques that will be presented for the first time during this showcase. Using watered out paint on silky smooth paper, the images are getting closer to abstraction while making his subjects feel more fragile and vulnerable.

Rippling Stone will be DALeast’s inaugural solo exhibition at Hashimoto Contemporary and will mark the release of a new limited edition HPM screen print of Asteroid RS.

He further explains – “I had a vision of a stream in the mountains that travels through different regions. Sometimes it crashes and merges with rocks, and sometimes it rests in the stillness, moving very slowly. A falling stone causes a rippling pattern, that pattern reflects, then it becomes indistinct whether the stream or the stone is rippling. The show represents a moment, so all the work echos with this idea.” 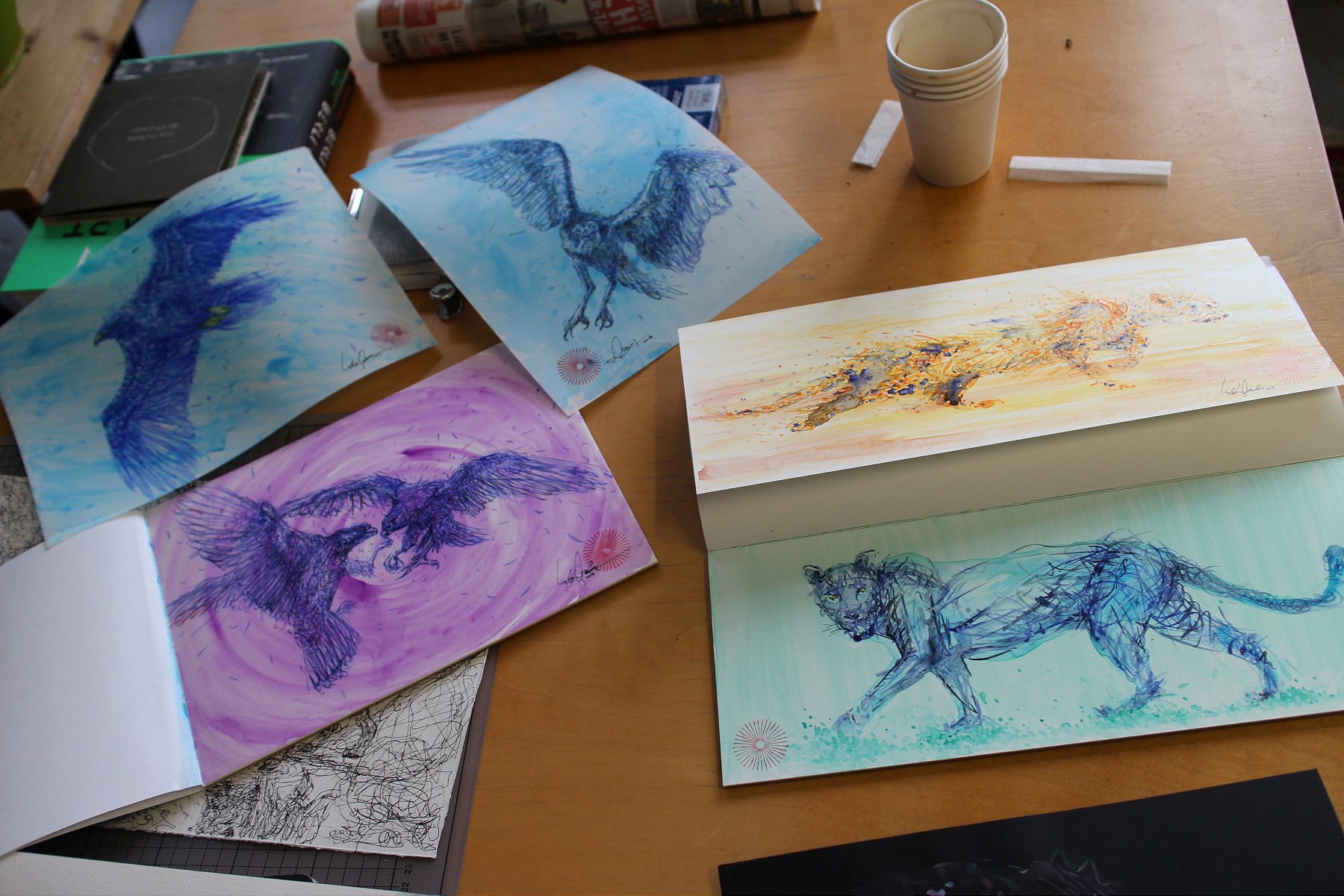 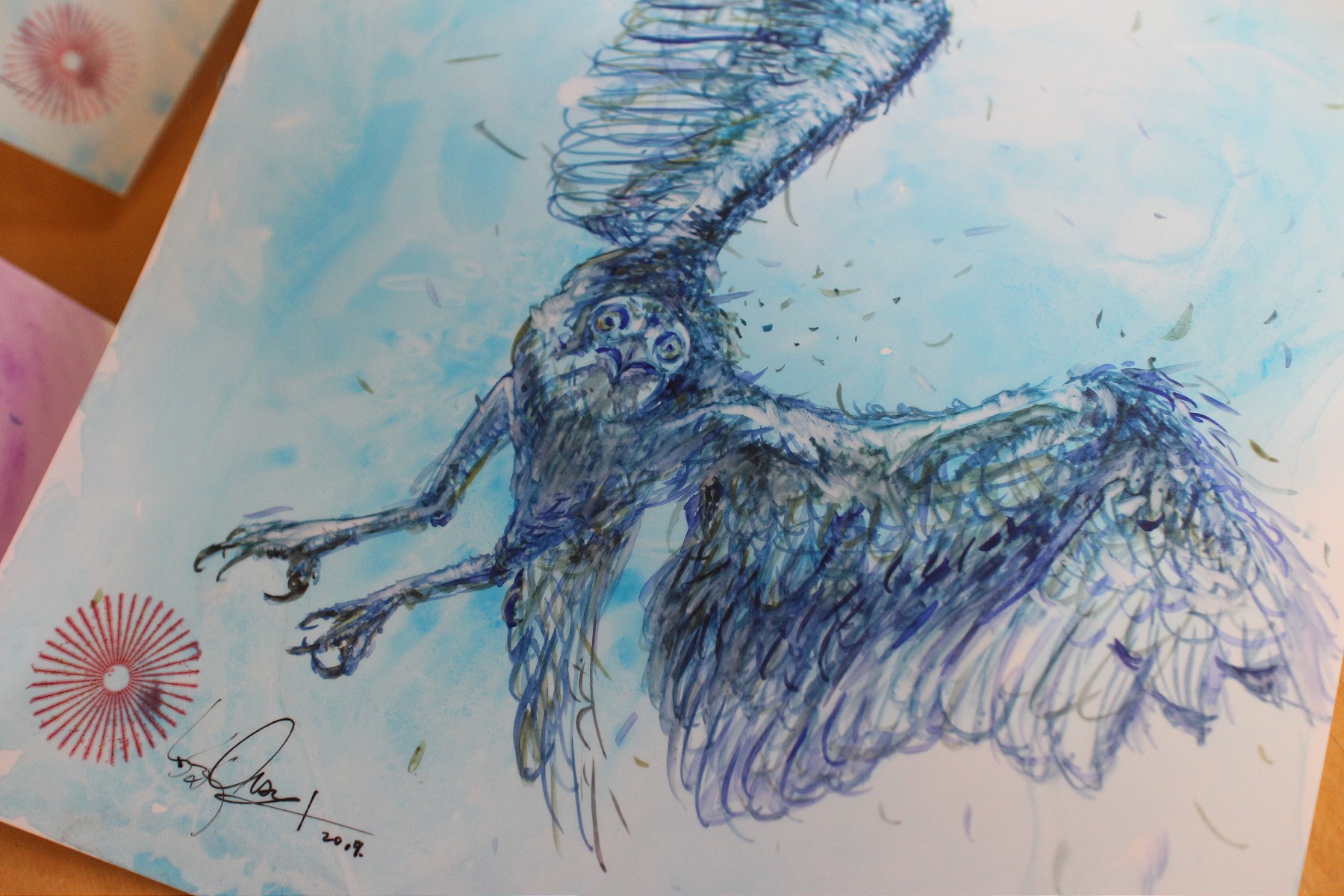 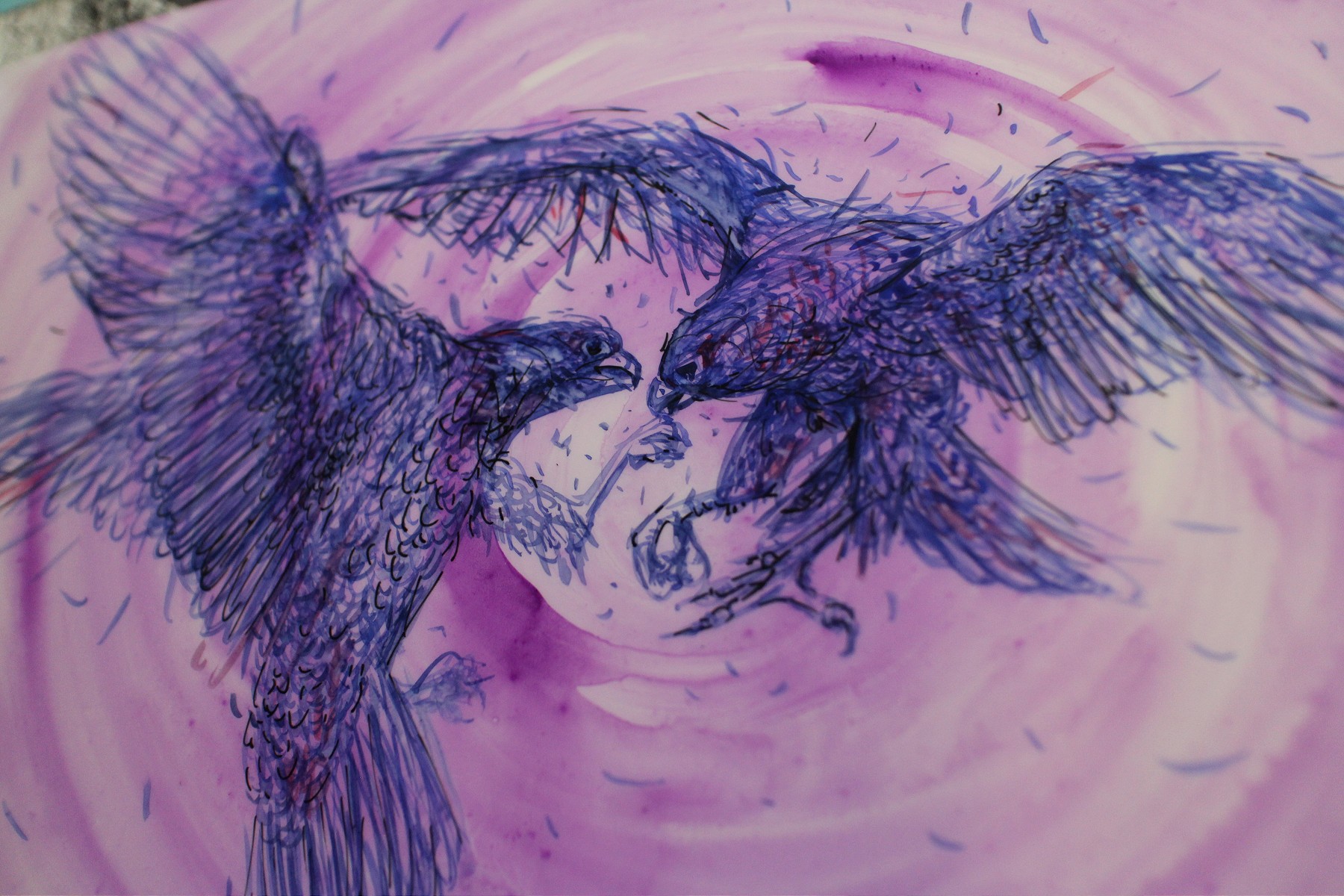 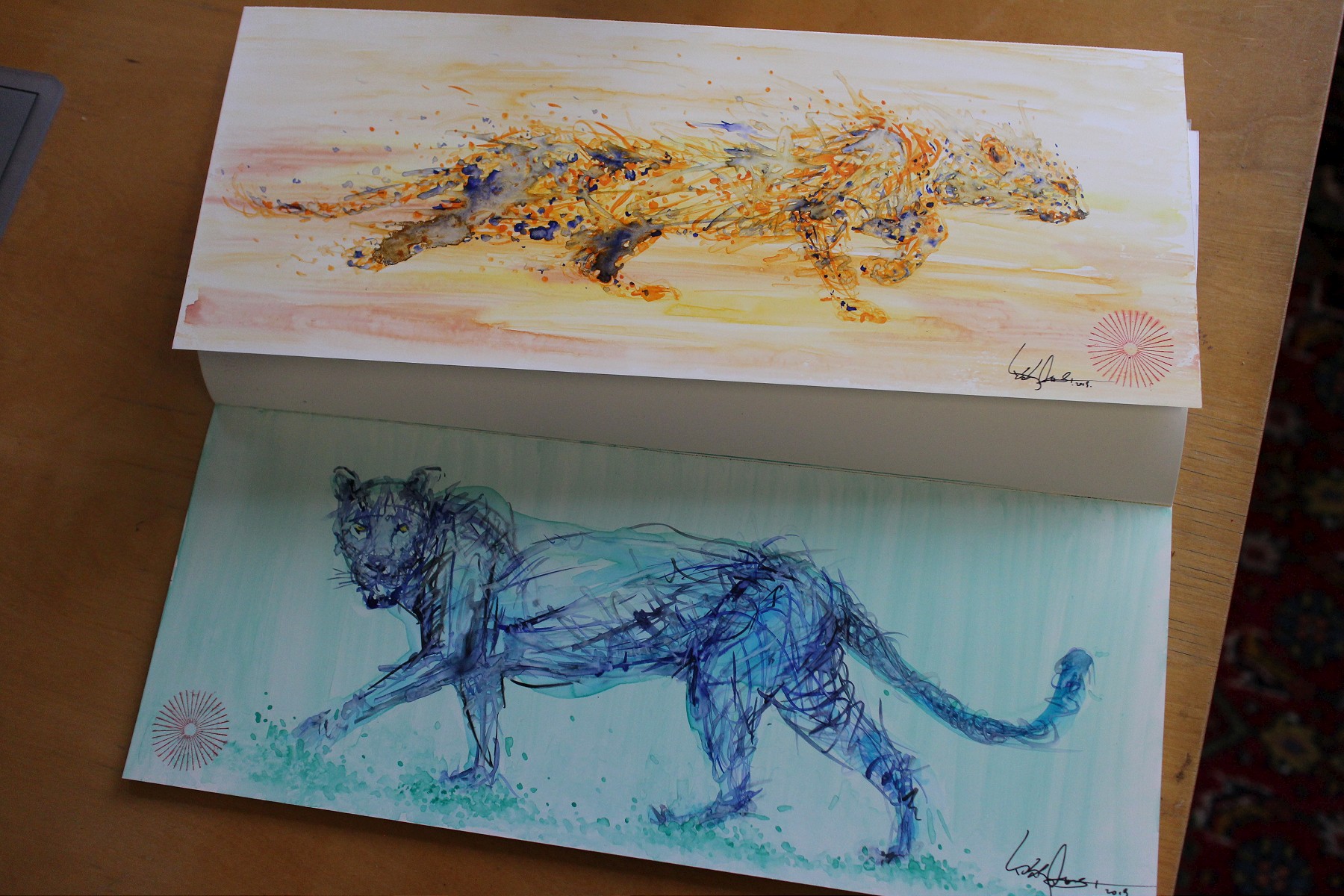 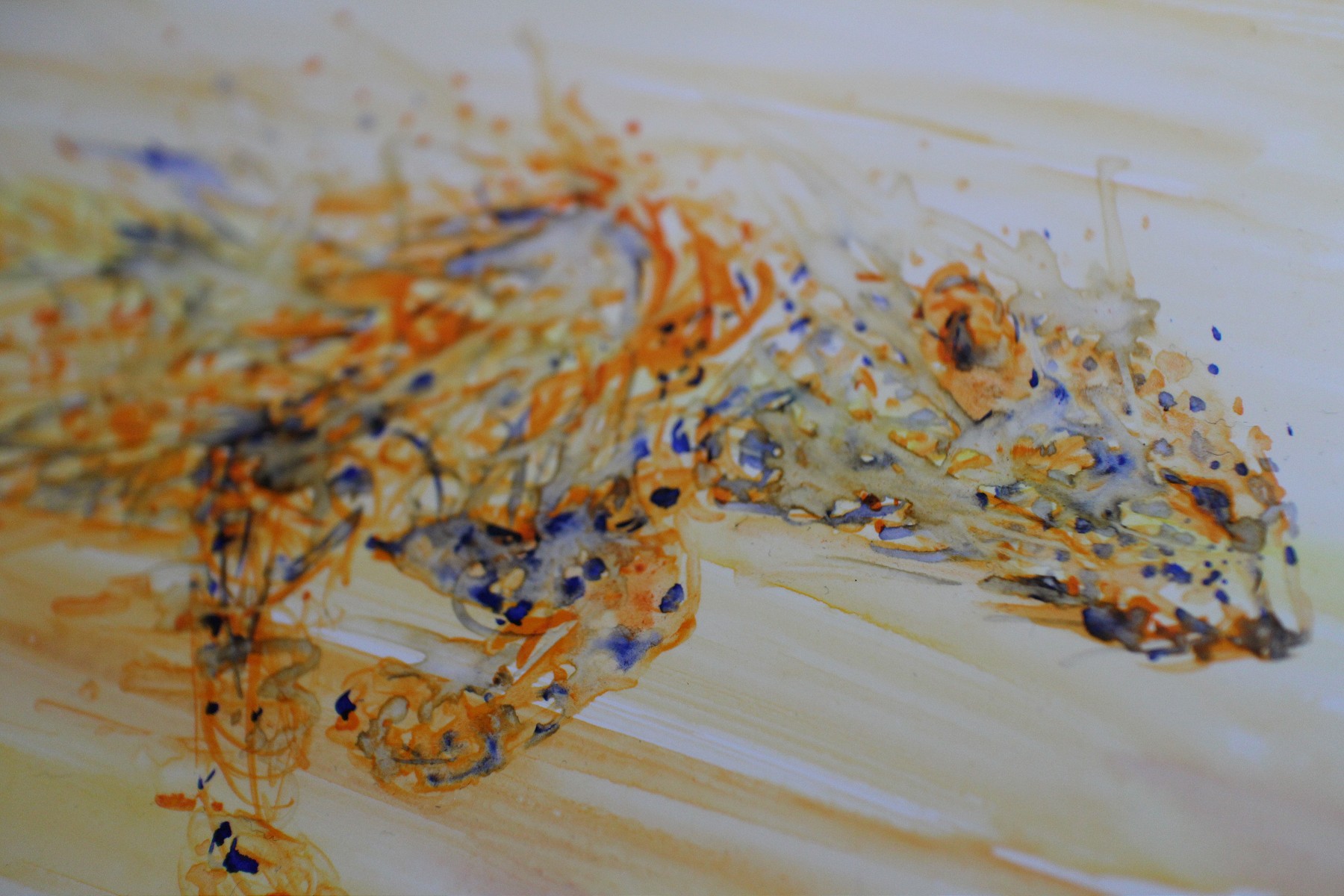 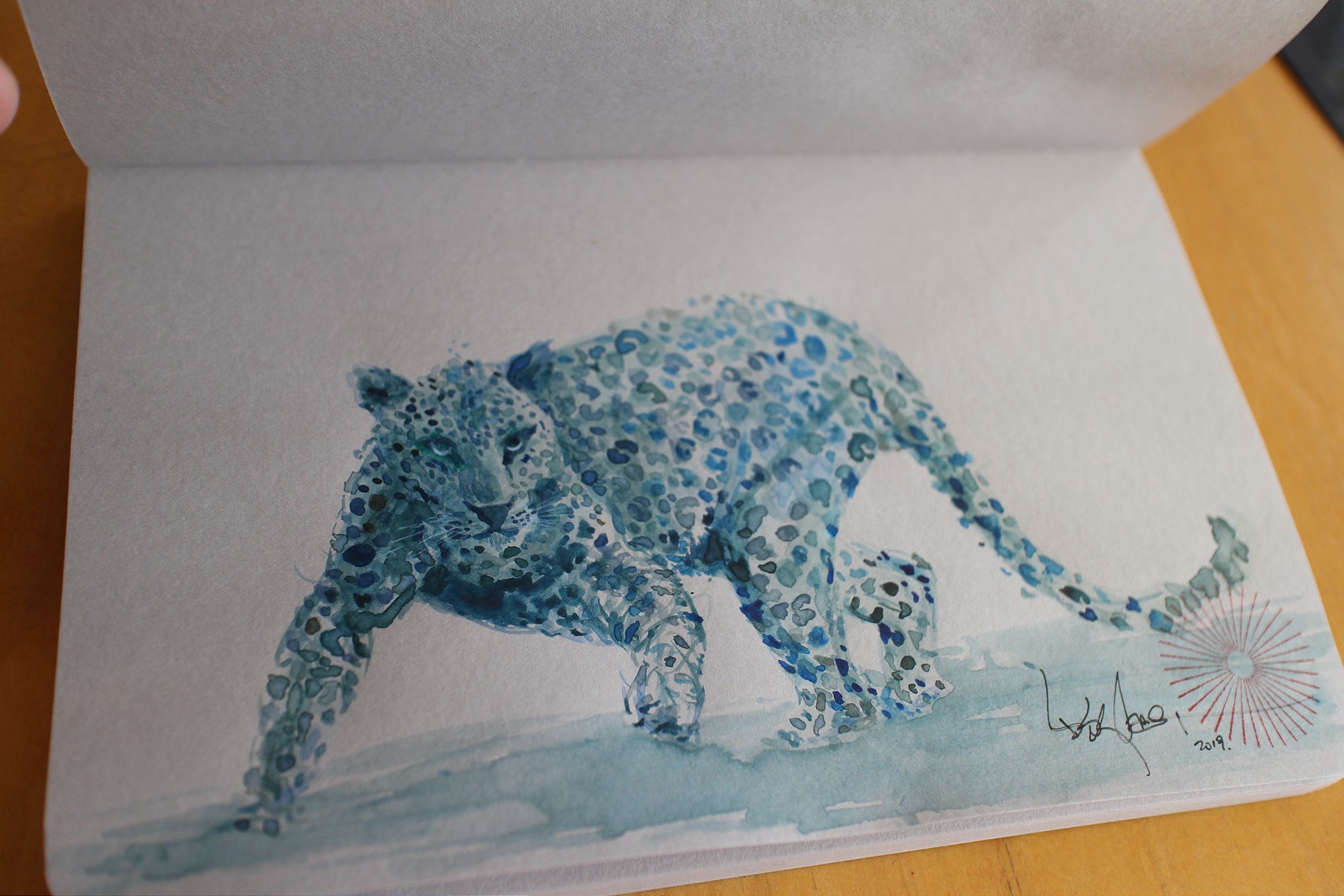 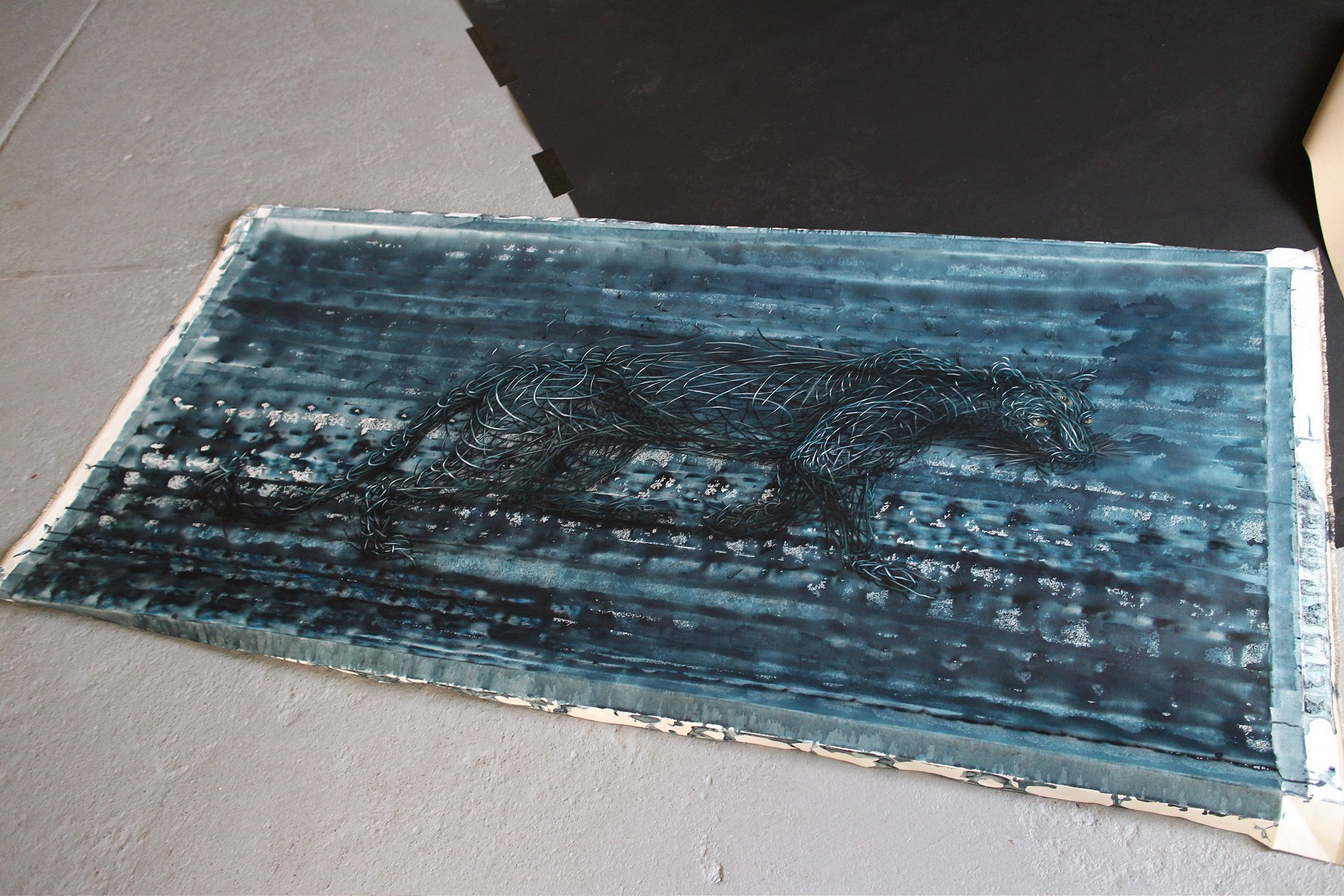 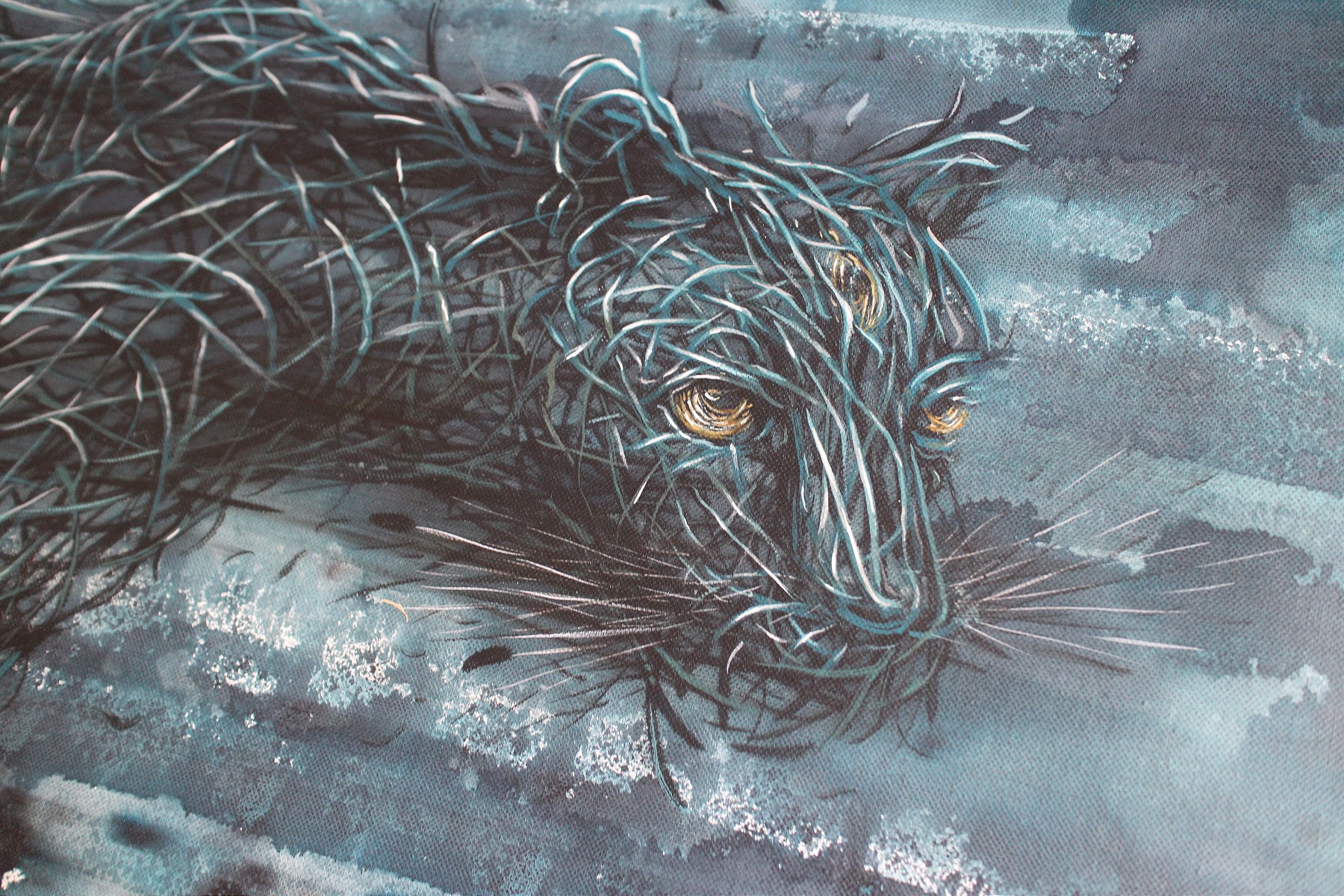