Copenhagen’s Gallery Poulsen is currently showing Smells Like Teenage Armpit, the debut solo exhibition from Super Future Kid featuring new canvases and sculptures. For this milestone presentation, the German-born and London-based artist converted the gallery venue into a teenager room-like setting, celebrating that period of her life.

Quickly gaining popularity with her quirky imagery that mixes sketching, drawing, and painting in an eclectic mix of surreal and comic-like imagery, Super Future Kid was recently added to the well-known gallery’s roster. After successfully introducing her work at art fairs, the long-awaited solo presentation included a full body of new works and an immersive installation.

Inspired by her teenage years and the discovery of all the shiny goods available behind the “iron curtain” after the fall of Berlin Wall, the new imagery portrays the familiar life of a youngster growing up in the ’90s. Depicted through an unambiguous, often humor-imbued visual language using an abundance of hyper bright and neon colors, Super Future Kid creates an almost euphoric setting that is emphasized when presented on walls with starry skies and above colorful pixelated flooring. With a variety of universally recognizable memorabilia and gadgets scattered through the interiors, the works focus on the simple pleasures such as listening to a CD or enjoying a can of soda and just being a carefree teenager with big expectations and a hyperactive imagination. 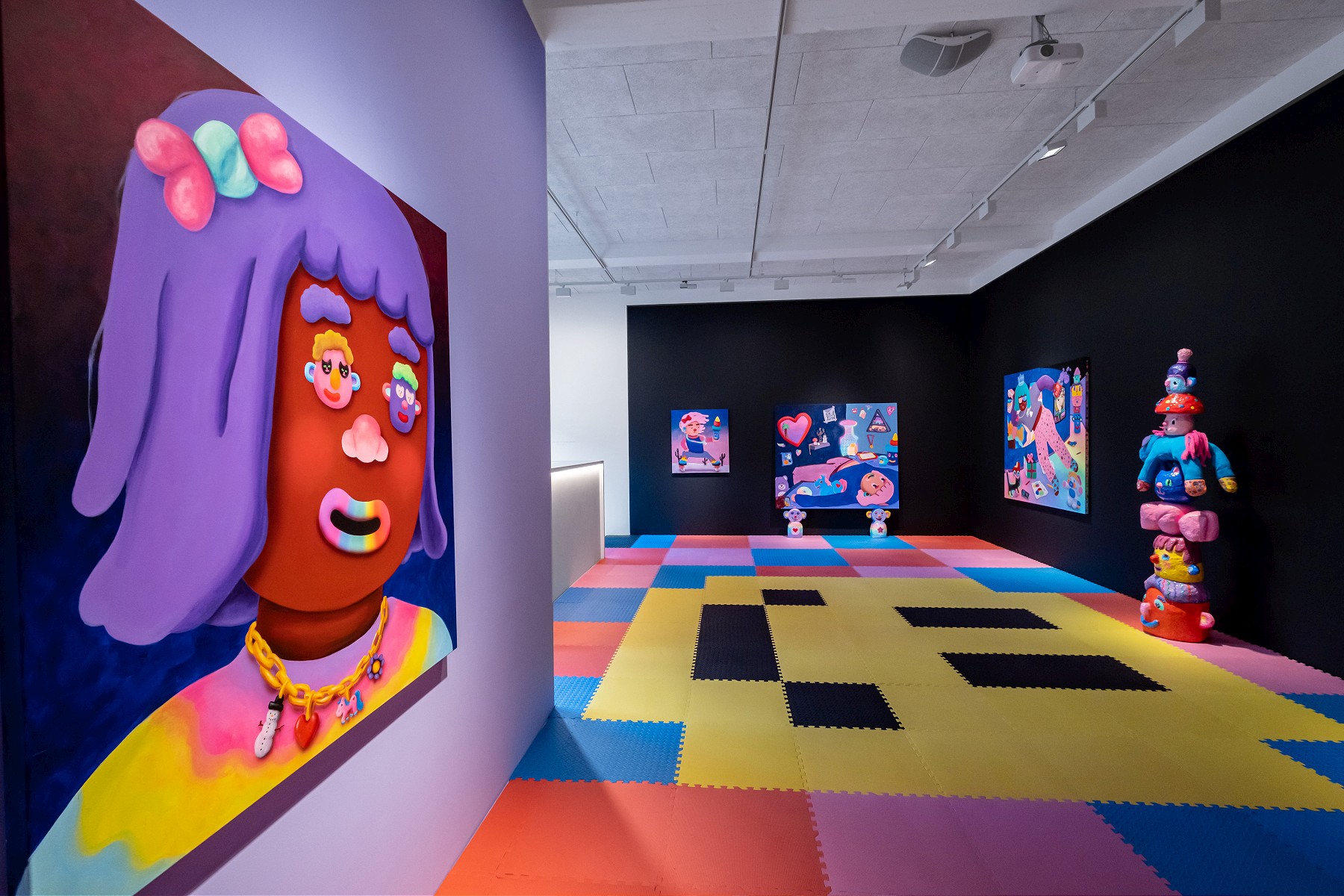 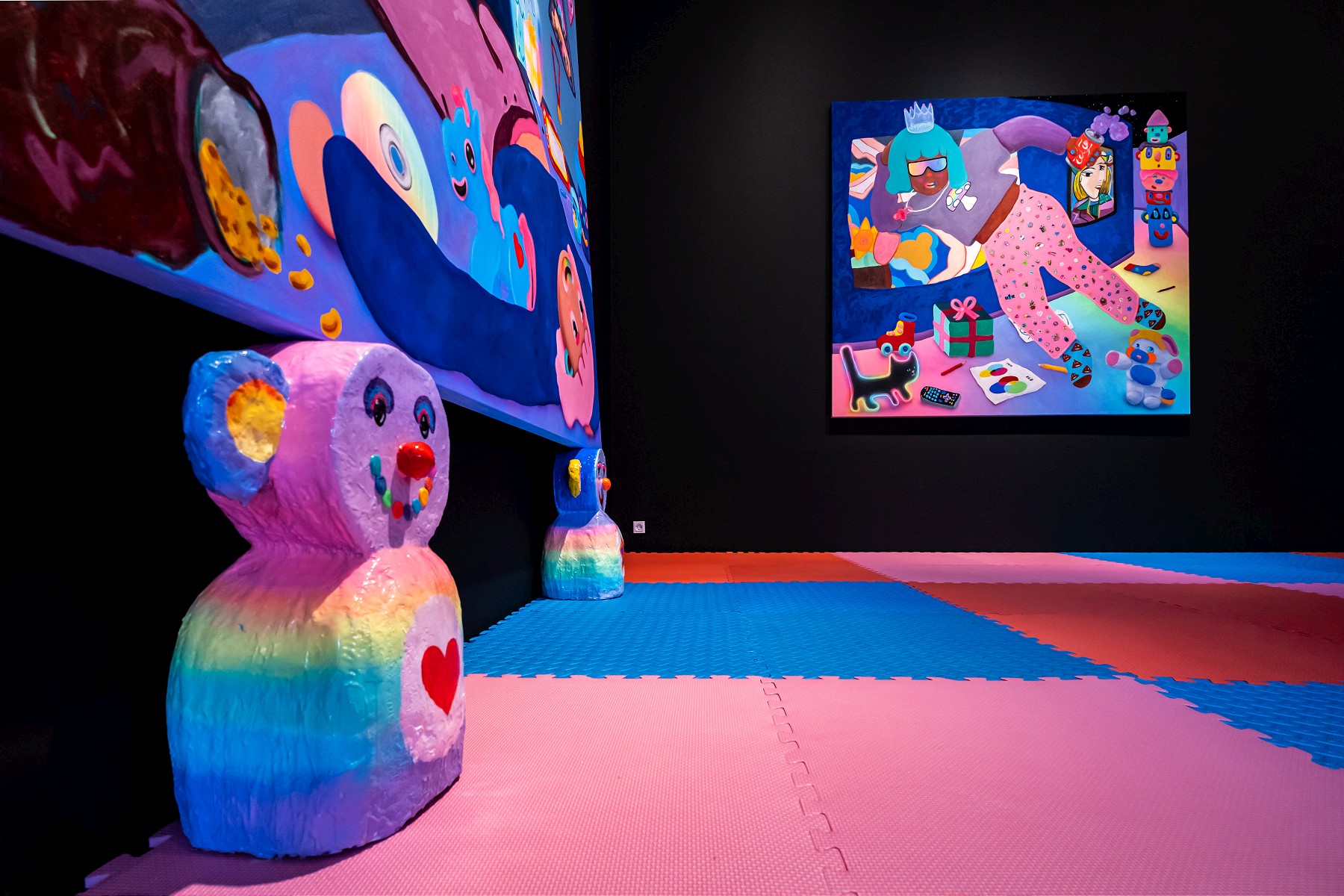 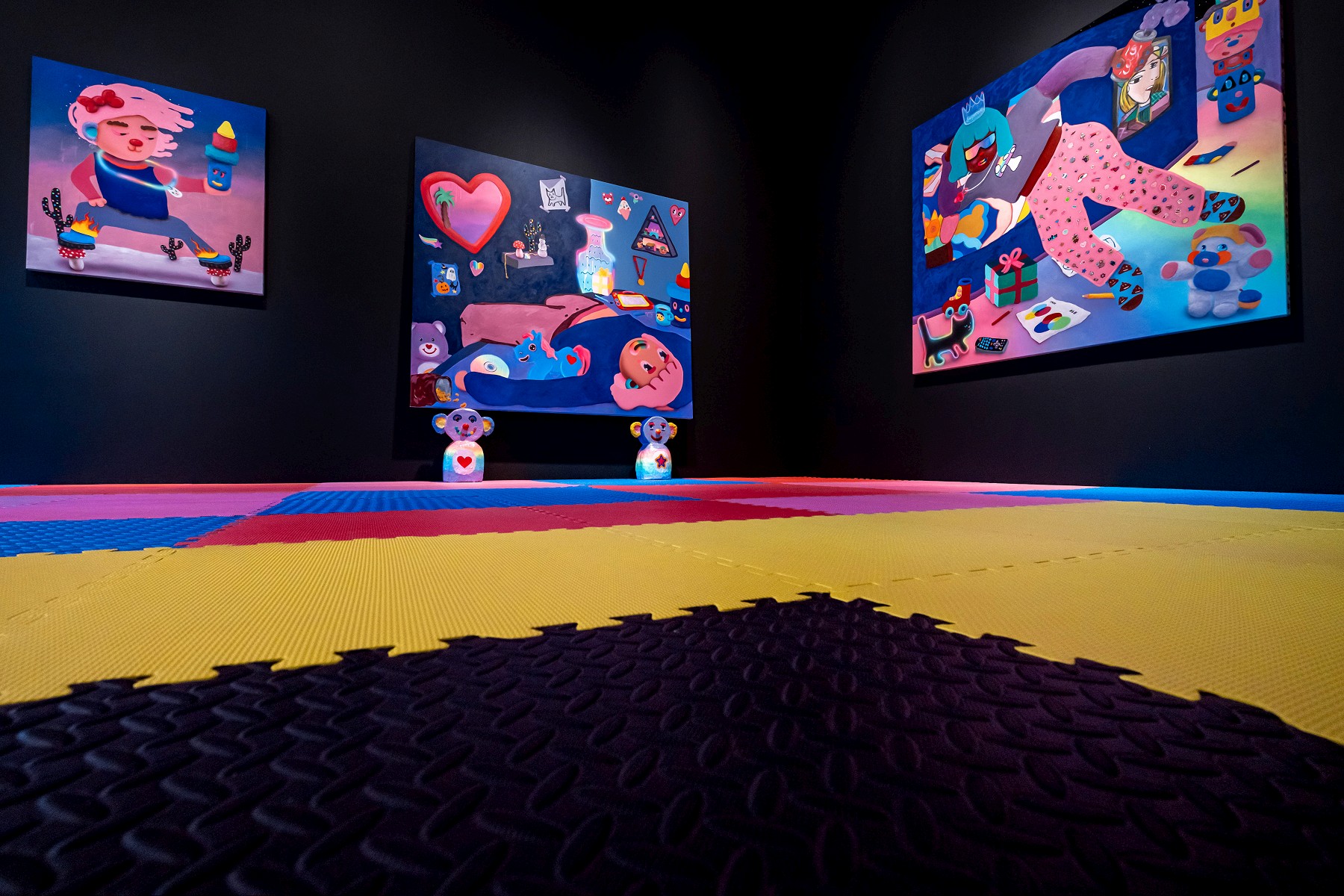 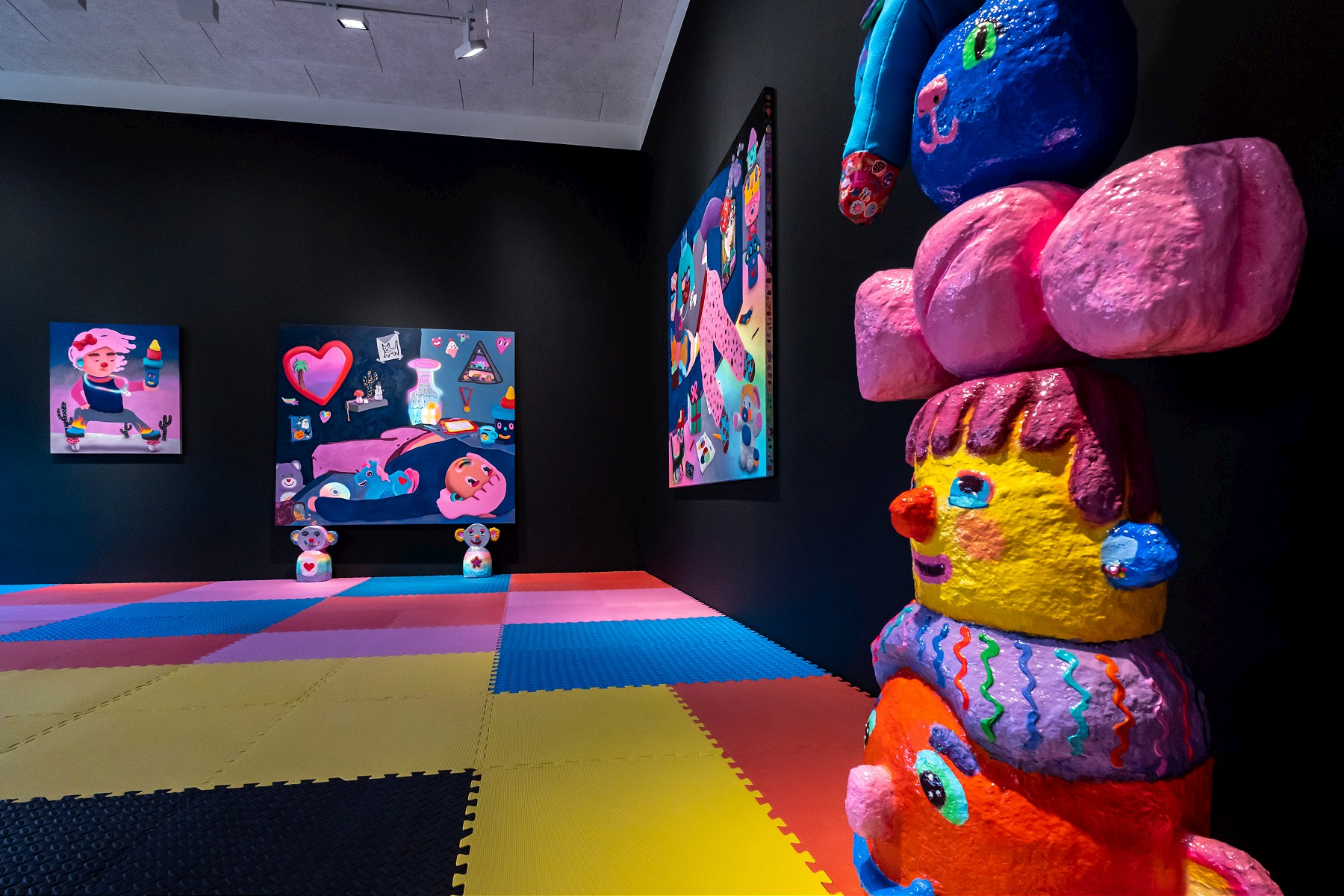 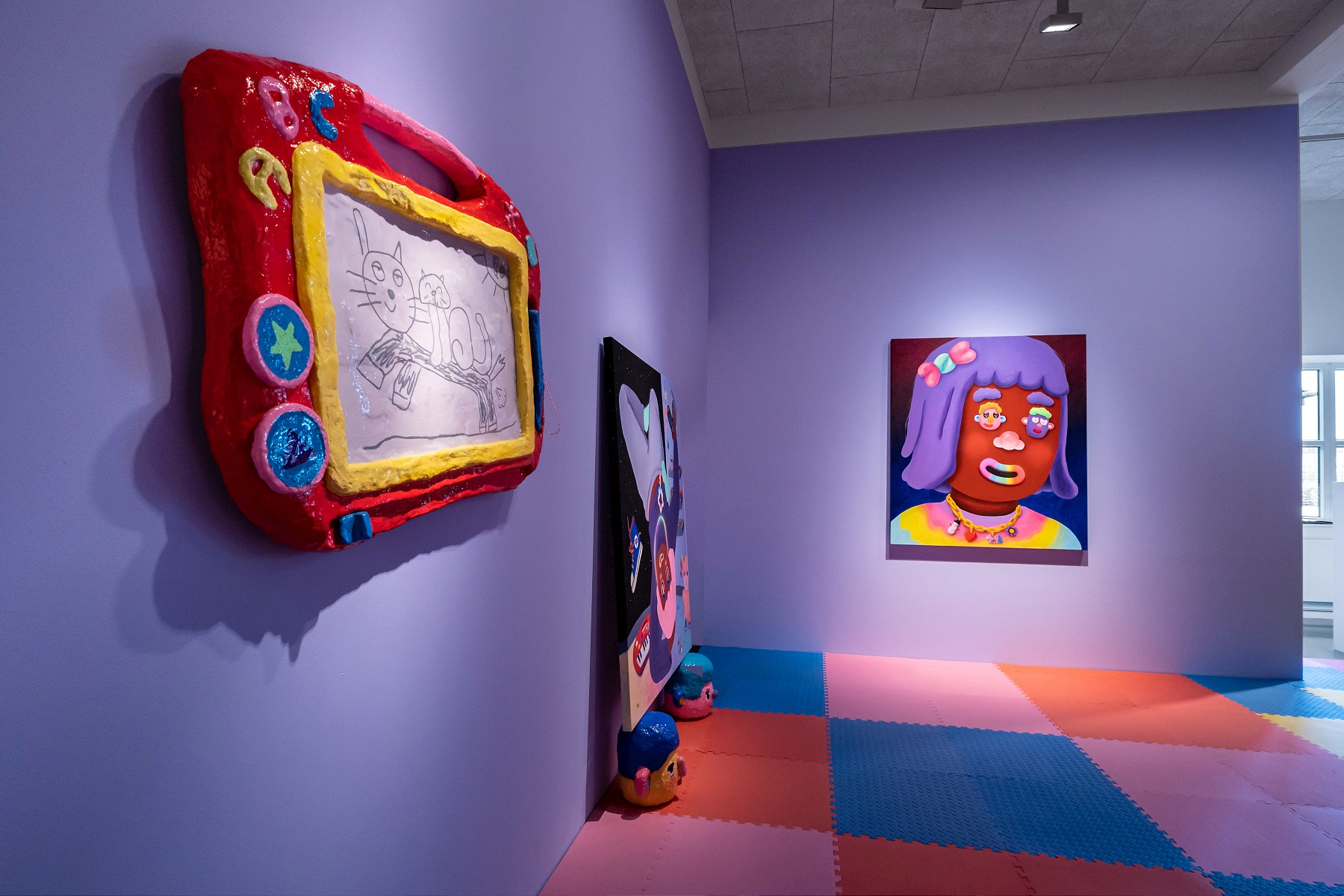 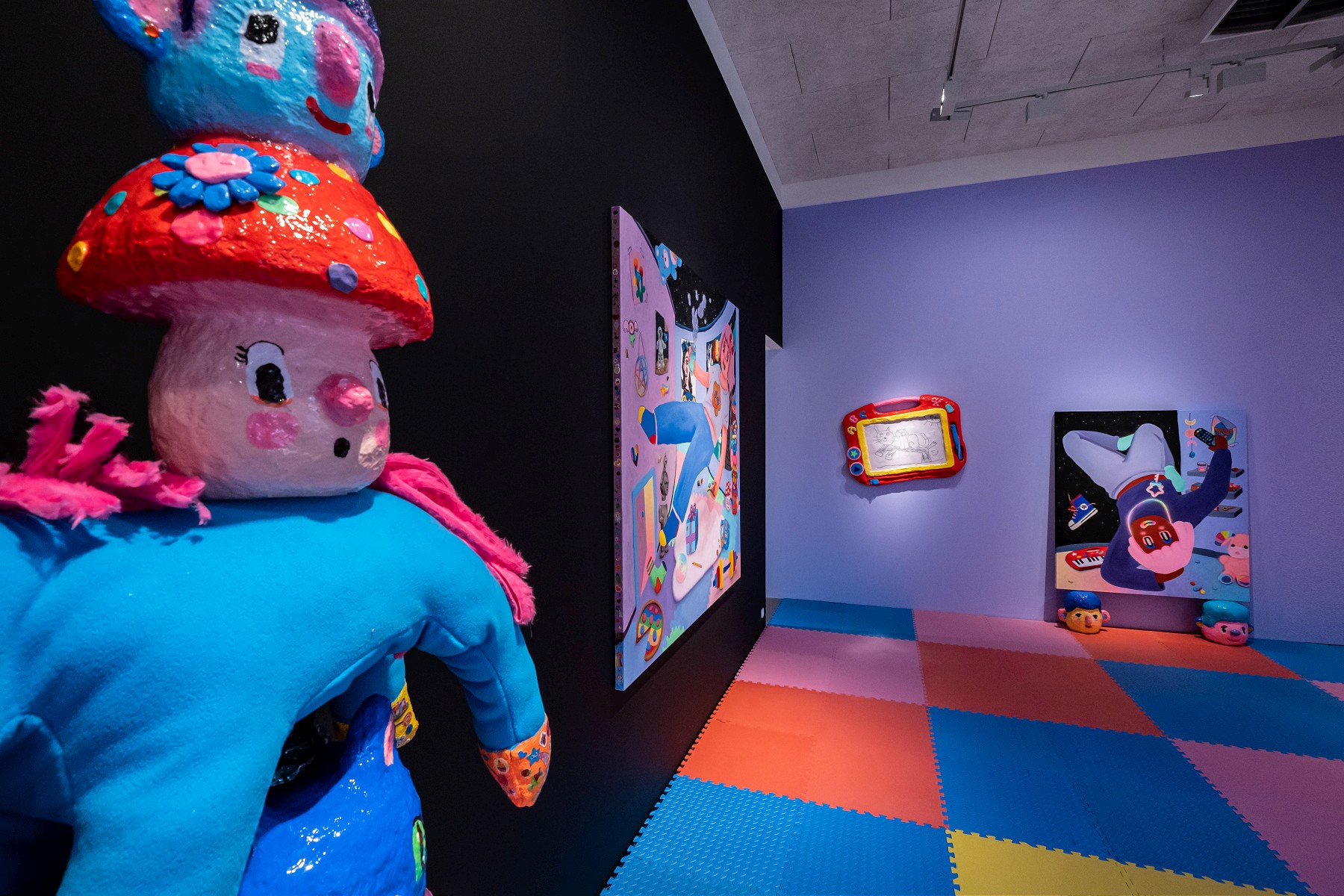 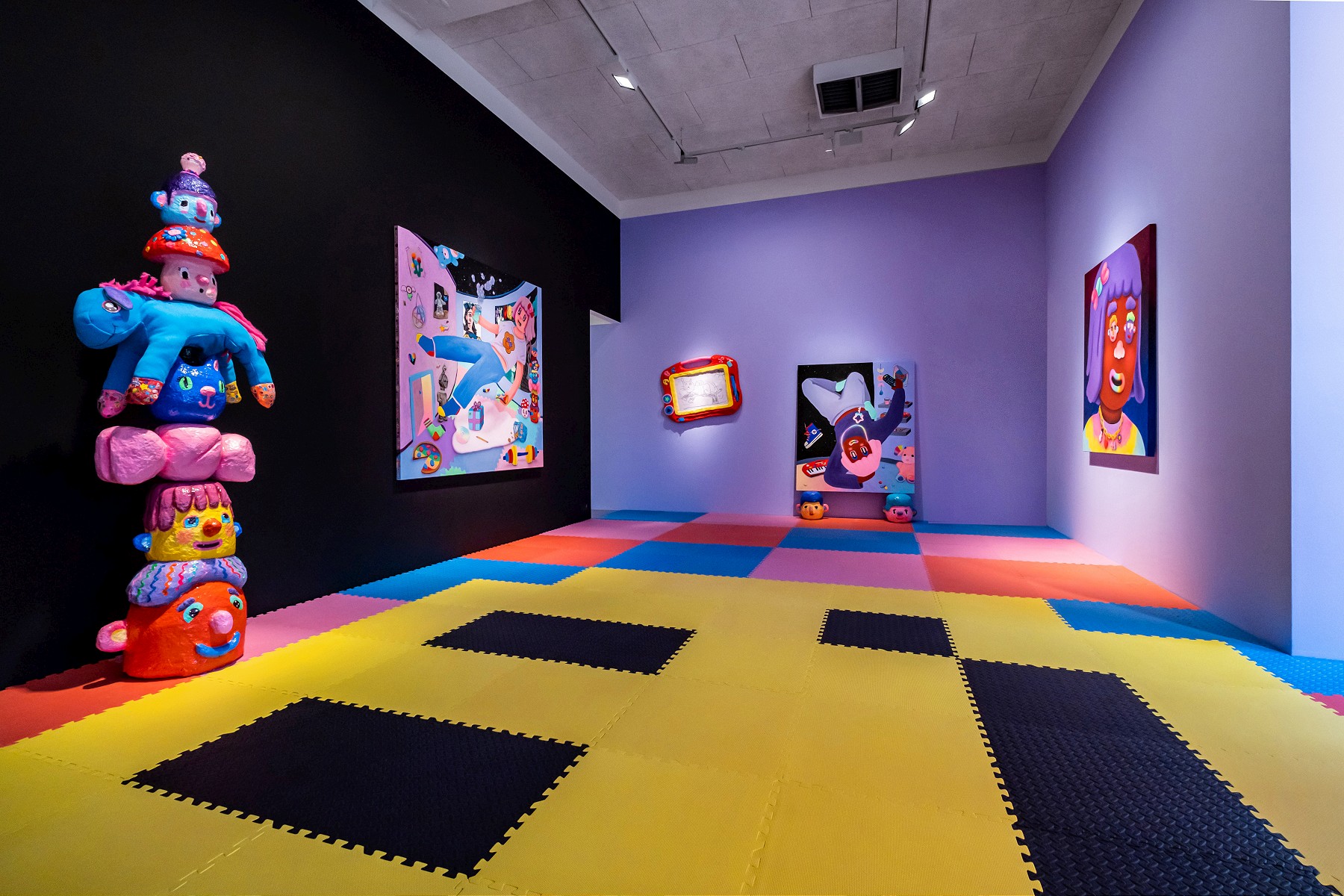 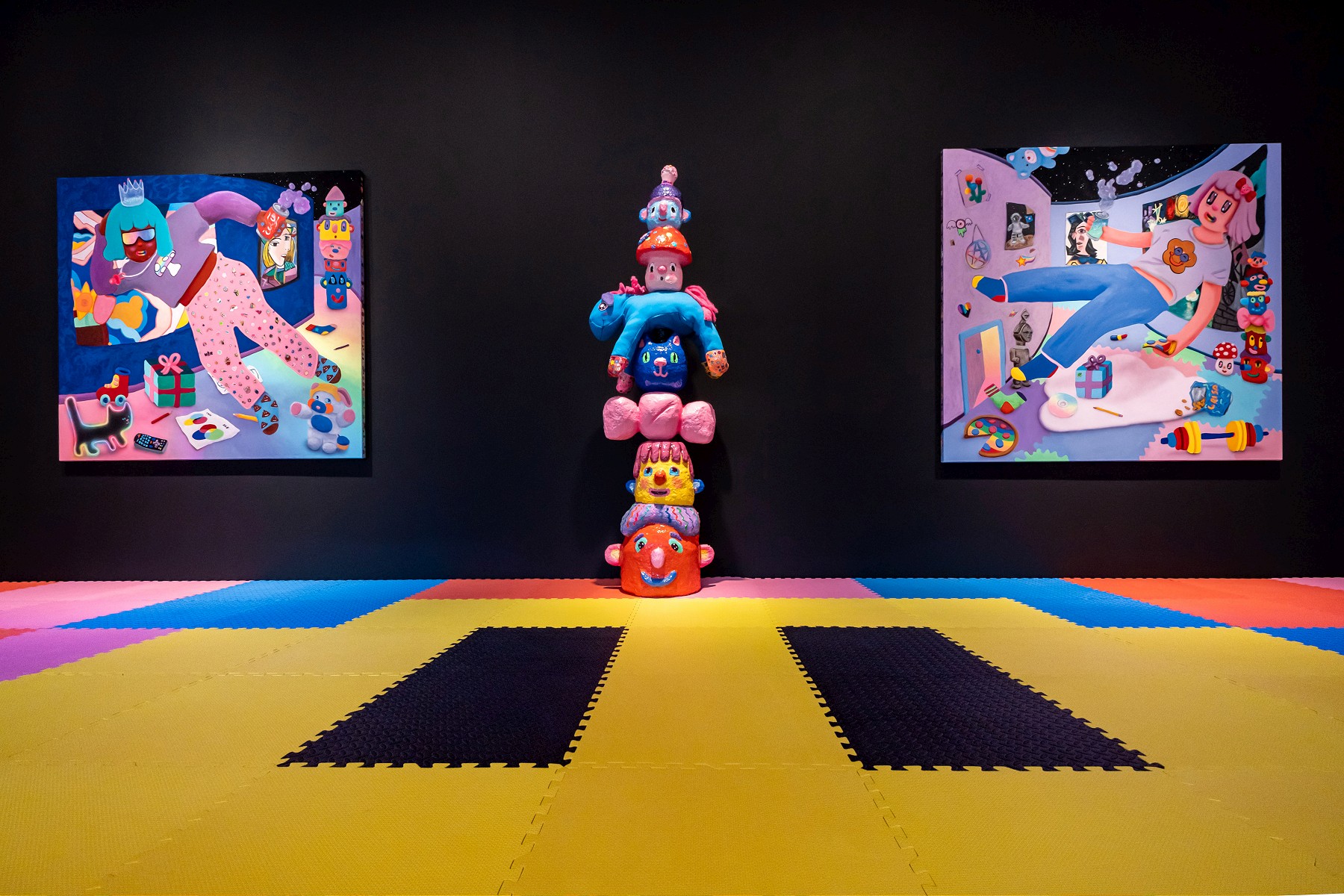