Returning for his third exhibition with Unit London, Mr Jago is currently presenting a new body of work entitled Imbolc. The name is derived from the traditional Gaelic festival which marks the beginning of spring and the large-scale canvases, which strike a deliberately hopeful tone, are a celebration of renewal and new beginnings. Imbolc falls at the midpoint between the winter solstice and the spring equinox and there is a sense that the show’s optimism for brighter days to come is grounded in the realistic understanding of the darker days from where we’ve come. This is best exemplified in Brigid, which references the syncretic goddess/saint whose feast day coincides with the festival; the loose, wet-on-wet brush marks are an explosion of luminous pinks and corals and the more muted turquoise beneath can only still be seen at the periphery.

Hulking, robotic figures have been a continuous presence in Mr Jago’s paintings for over 20 years. As the work evolved, first their outlines dissolved and later their bodily mass become progressively more hidden within the image until the point where they were all but invisible. The gradual move towards abstraction corresponded with an increasing focus on the dissonant relationship between nature and humanity and in that dialogue, these bodies came to represent the latter. So it is of no little consequence that Imbolc is primarily concerned with optimism and that this show is the first where these figures have entirely ceased to be present. The significance of these two things coming together at once is that it suggests that nature can heal itself if it’s given the space to do so. This is an idea which has been giving credence over the last year as the lockdown-induced ‘anthropause’ has allowed ecosystems to begin to rebound and wildlife to return to urbanised environments; this positivity of vision is expressed in the exhibition by works such as They Grow In Clusters.

Even when highly abstracted, the robotic figures fundamentally influenced the structure of the Bristol-based artist’s paintings and their absence has altered and decentralised their composition. This is perhaps no more true than in Spore 1 where sweeps of Prussian blue encircle a void of warm light in the middle of the canvas. This work is just one of several mycologically-titled works alongside Working With Mushrooms, Mycelial Network and Stoned Ape Hypothesis; the latter of which references the paradoxical theory that it was Homo erectus’ consumption of magic mushrooms which caused the otherwise unexplained leap-forward in cognitive abilities to that displayed by Homo sapiens. While decidedly unglamorous, spores provide an excellent symbol for the promise of renewal after our extended period of dormancy. These cells, which are a key stage in the reproductive cycle of plants and fungi, can withstand high temperatures, humidity and other adverse environmental conditions before bringing forth new life. Taken as a whole, the paintings freely celebrate the promise of spring and demonstrate the continuing organic growth within Mr Jago’s practice. 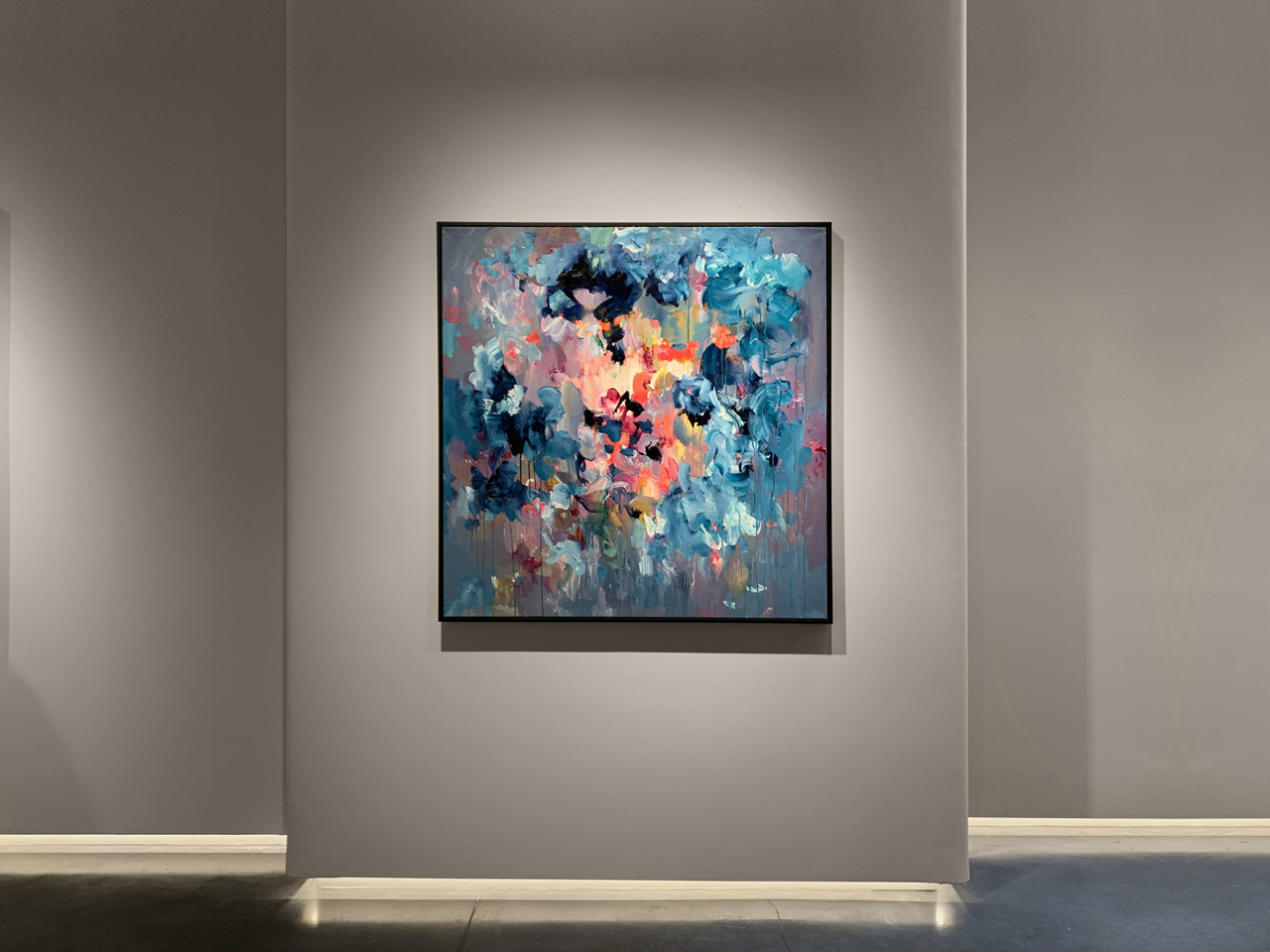 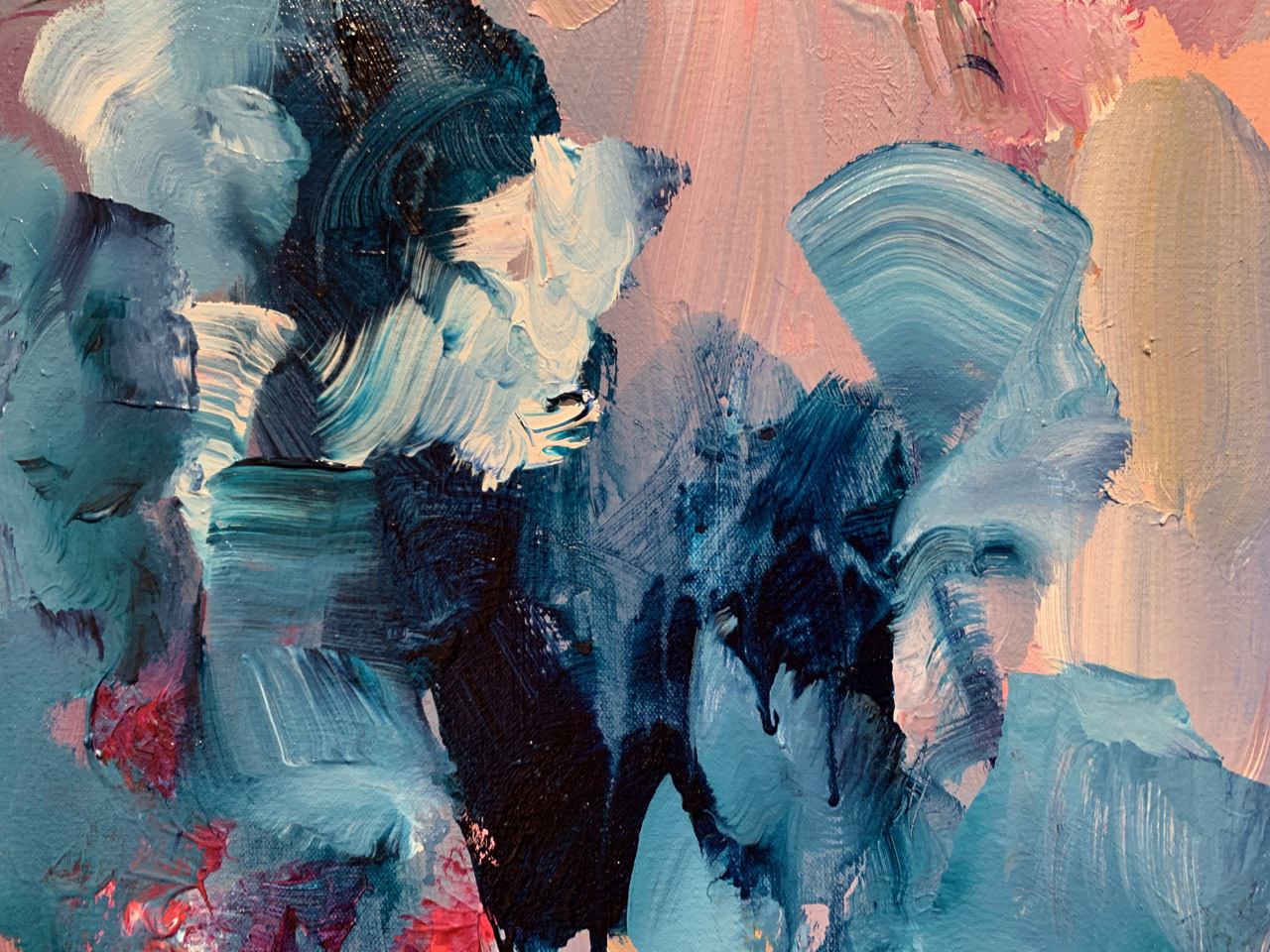 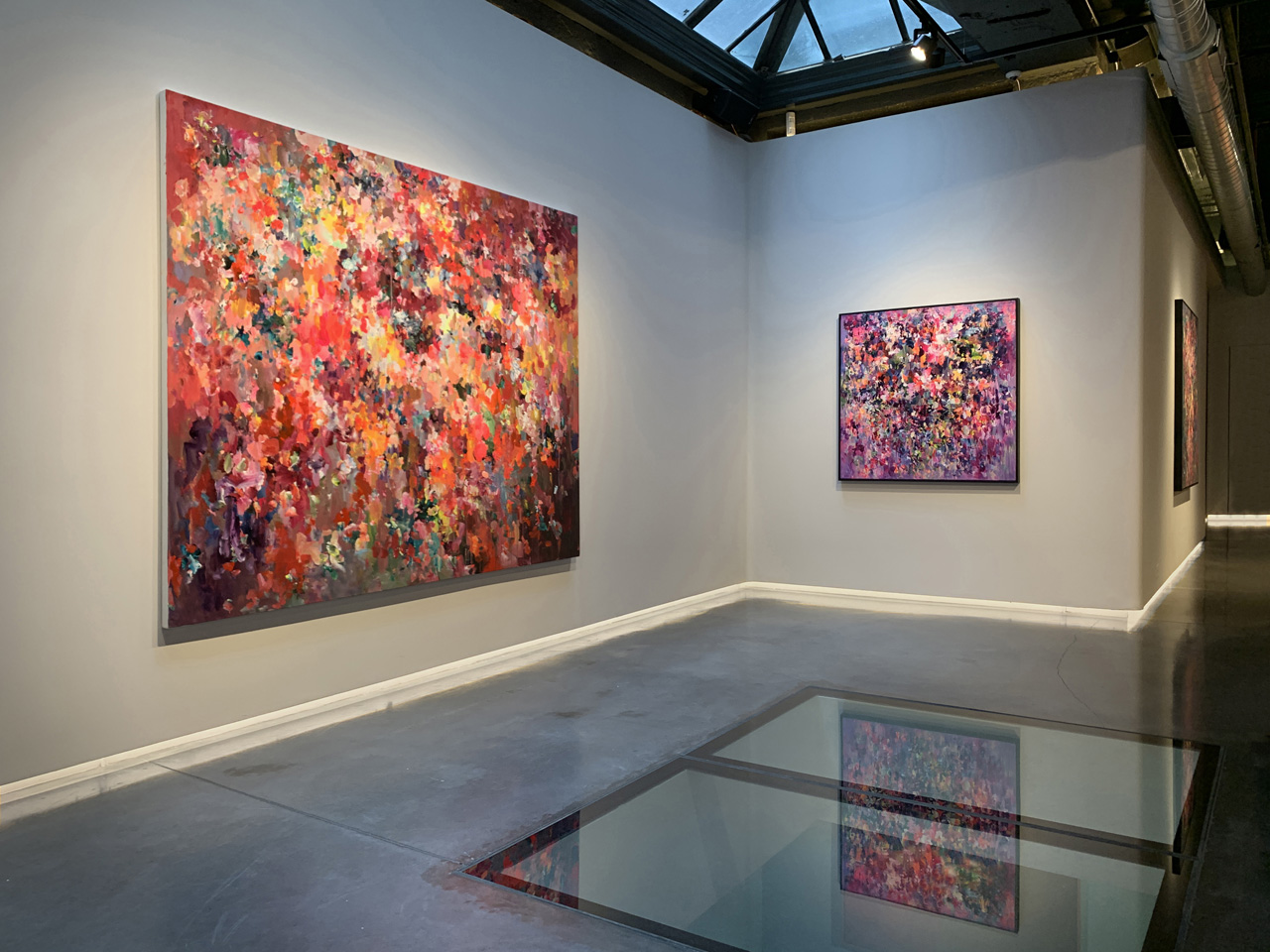 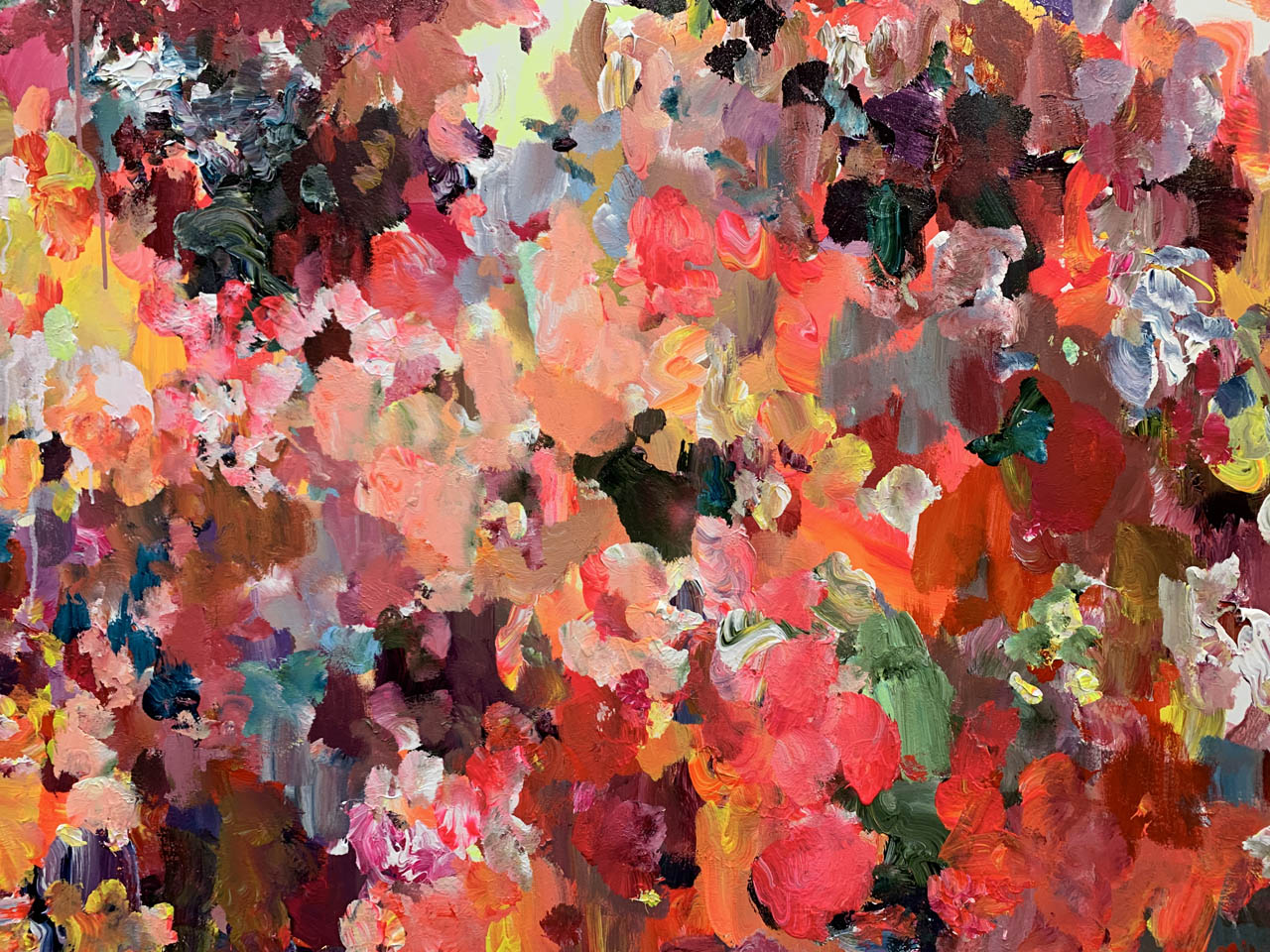 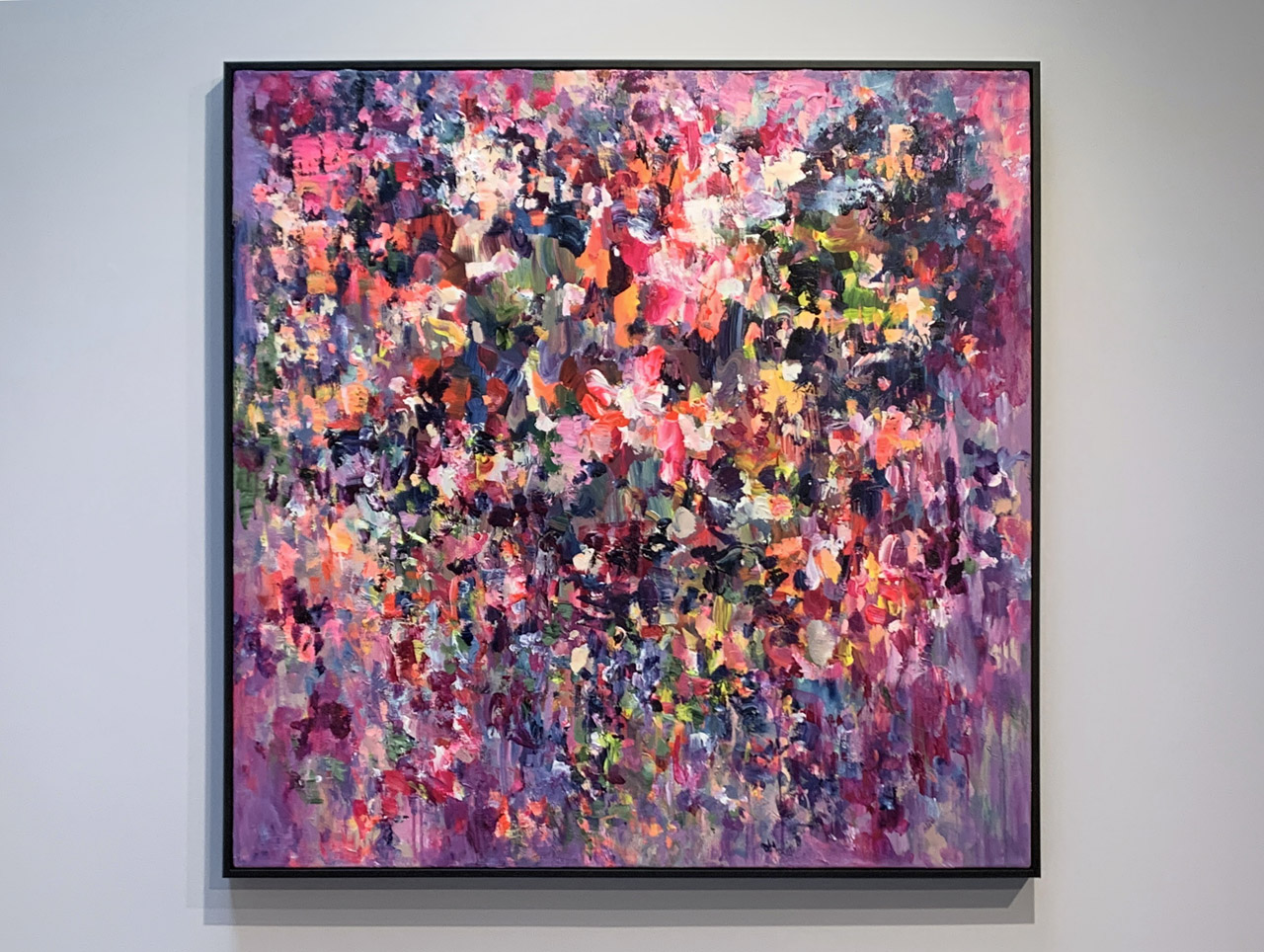 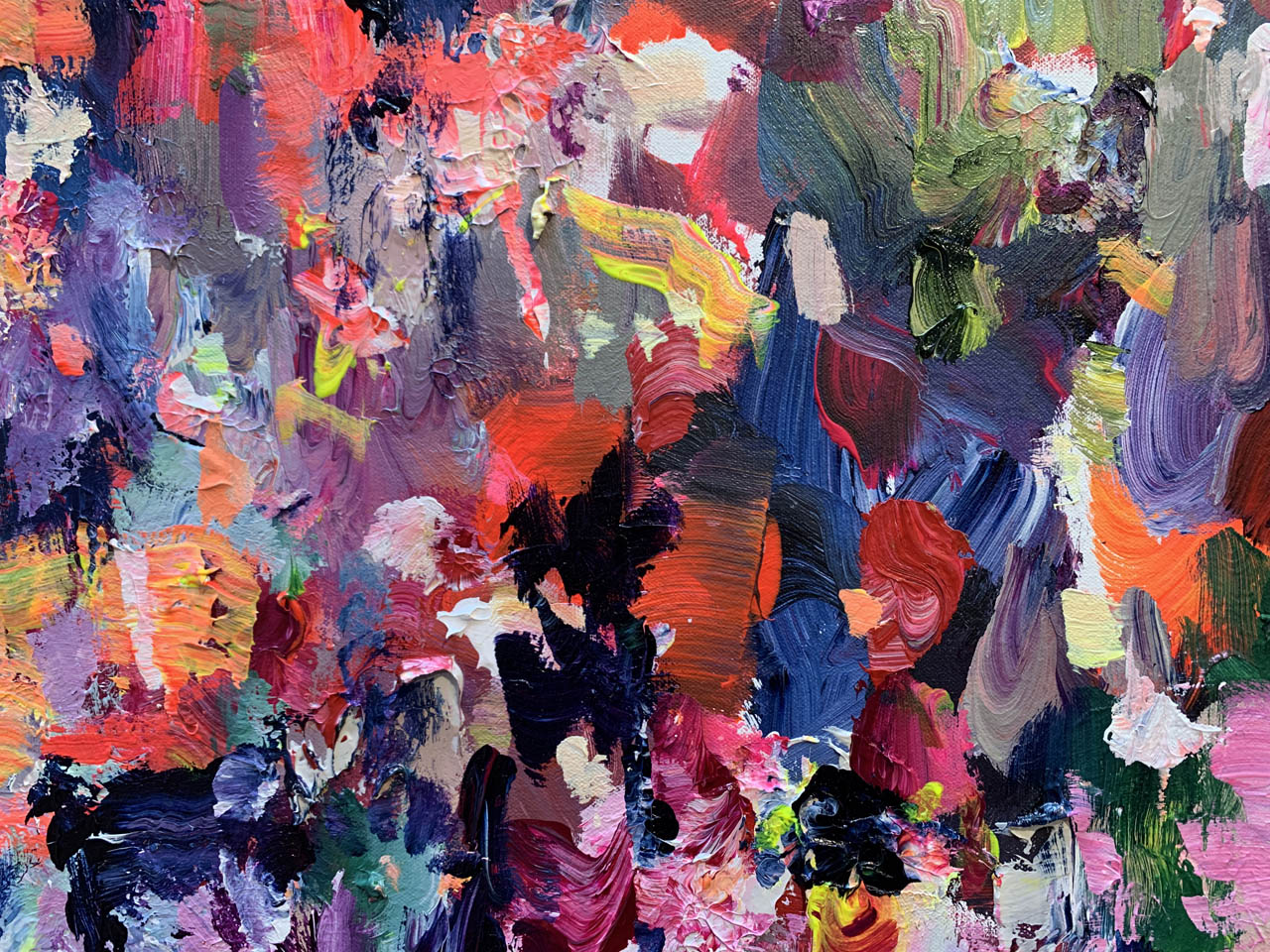 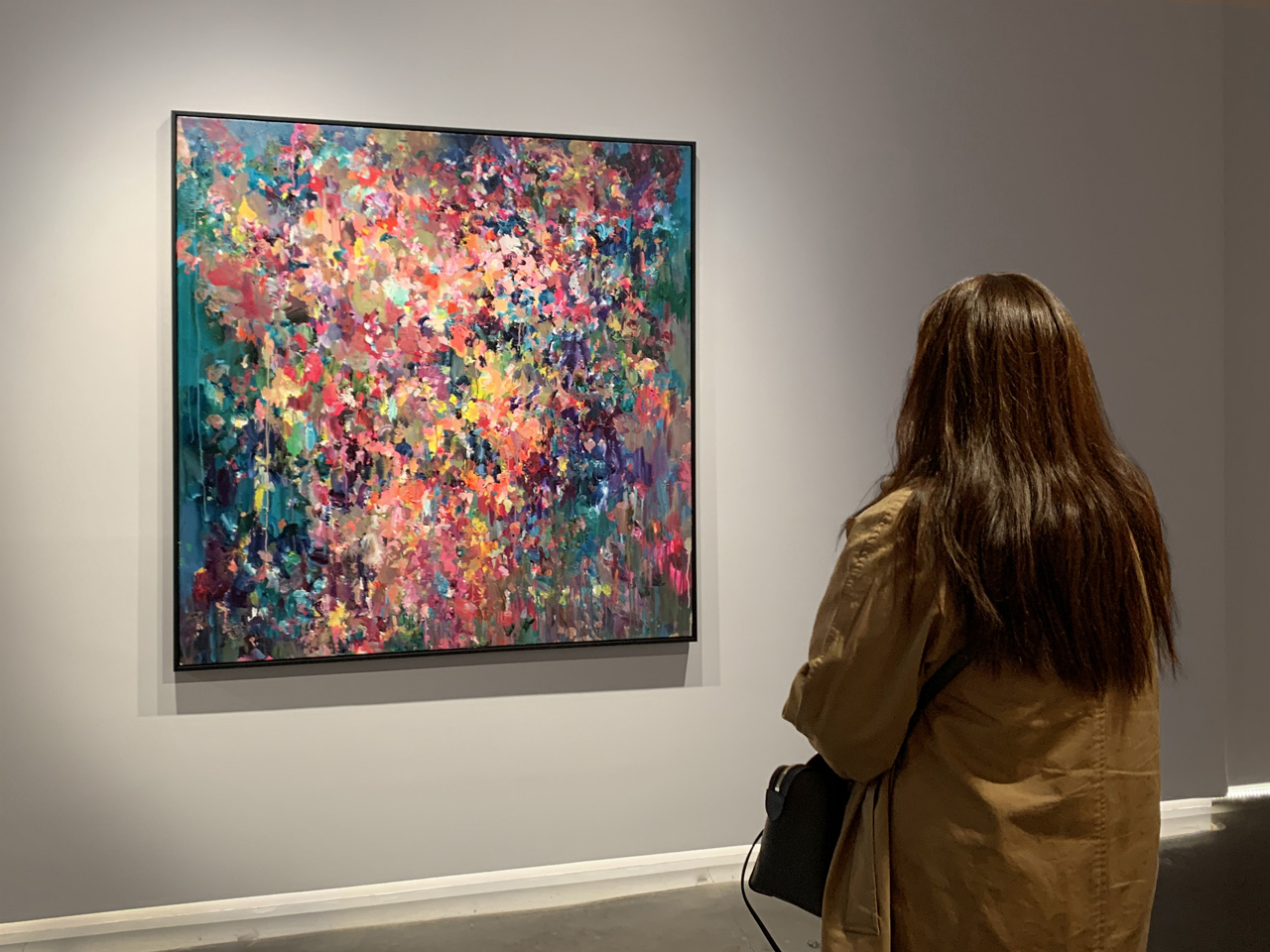 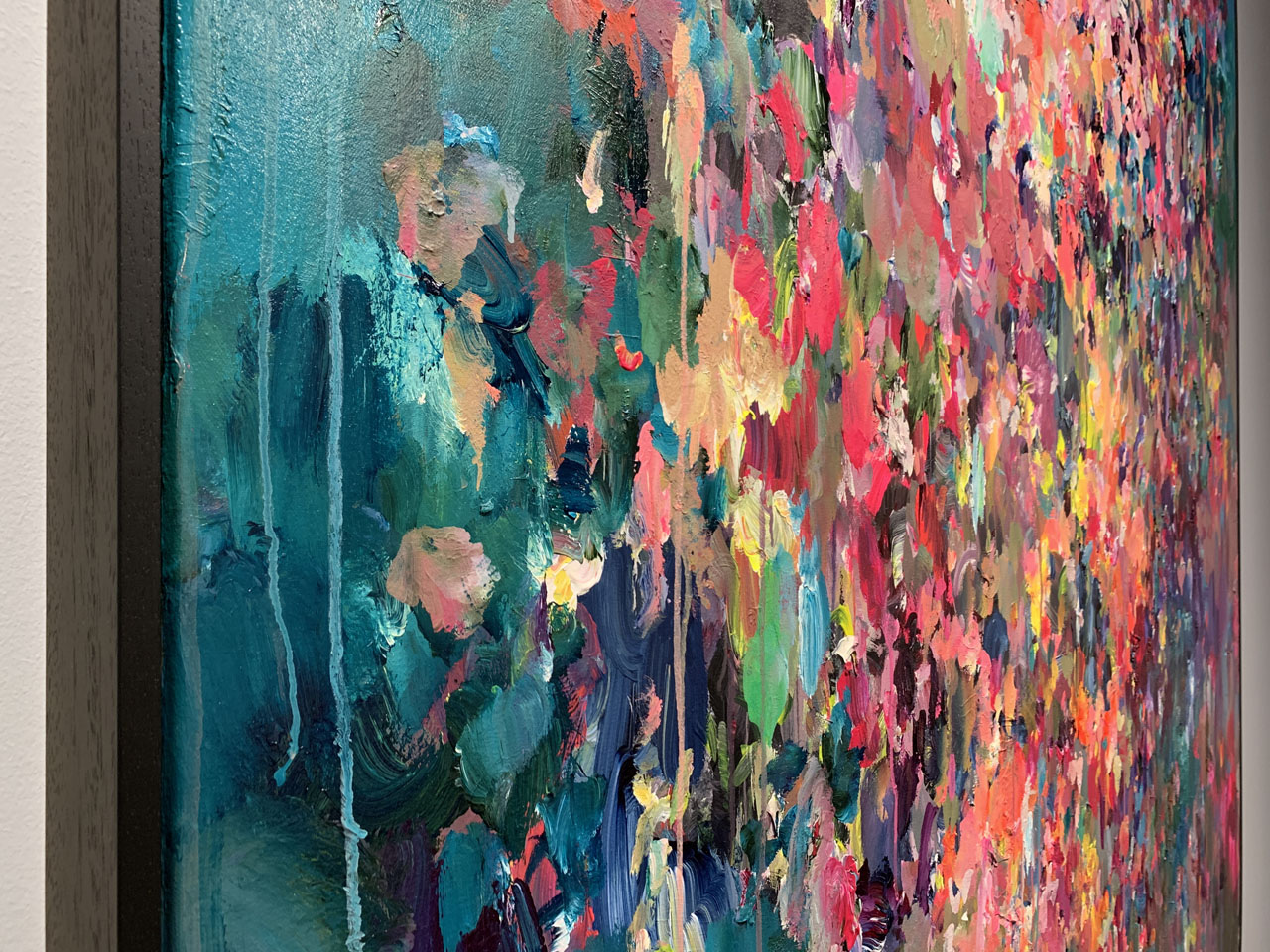