Last weekend saw the conclusion of Maya Hayuk‘s Spin Cycle exhibition at Alice Gallery in Brussels. The influence of Hayuk’s history, identify and personal narrative stand visually proud in her abstract compositions: the X’s are evocative of the cross-stitching her grandmother taught her as a child, the kaleidoscopic rainbow of colors underscores her sense of queer kinship and the visual engagement of her work reflects her long history of social activism. But, her use of multiple transparent and opaque layers take individual paintings far beyond these singular points of reference; they are intertwined with the sensationalized perception of an acid trip, the unbounded punk energy of the bands which featured in Maximumrocknroll and an immeasurable number of other subtle but equally important influences. This multitude creates something which is perhaps less reminiscent of an ecosystem that sustains a living being and more reminiscent of the organism itself.

As a complete body of work, Spin Cycle plays extensively with opposing compositions. Nature has informed both the Beehive and Seaweed series but in very different ways; the former contains all the ordered, stable geometry that we associate with honeycomb, while the latter is contrastingly organic, freeform and unstructured.  Elsewhere, the Letterform “XYZ” paintings appear rooted in graffiti culture but their angularity conflicts playfully with the spherical pink donuts that Hayuk was creating during her nascent days painting on the streets around the Bay Area.

Even for an artist know for her vibrant use of colour, the new works stand out as particularly hyper-saturated; for example, Double X’s On The Y is shot through with dazzling yellow and the hottest of pinks. The equally vibrant, and considerably larger, Pyramid exemplifies the Ukrainian-American artist’s deconstruction of the fallacy of perfection. From a distance, the diagonal lines appear straight and true, but on closer inspection you can see them waiver and cut through with drips from above; it is in these idiosyncrasies that so much of the painting’s beauty and interest can be found. 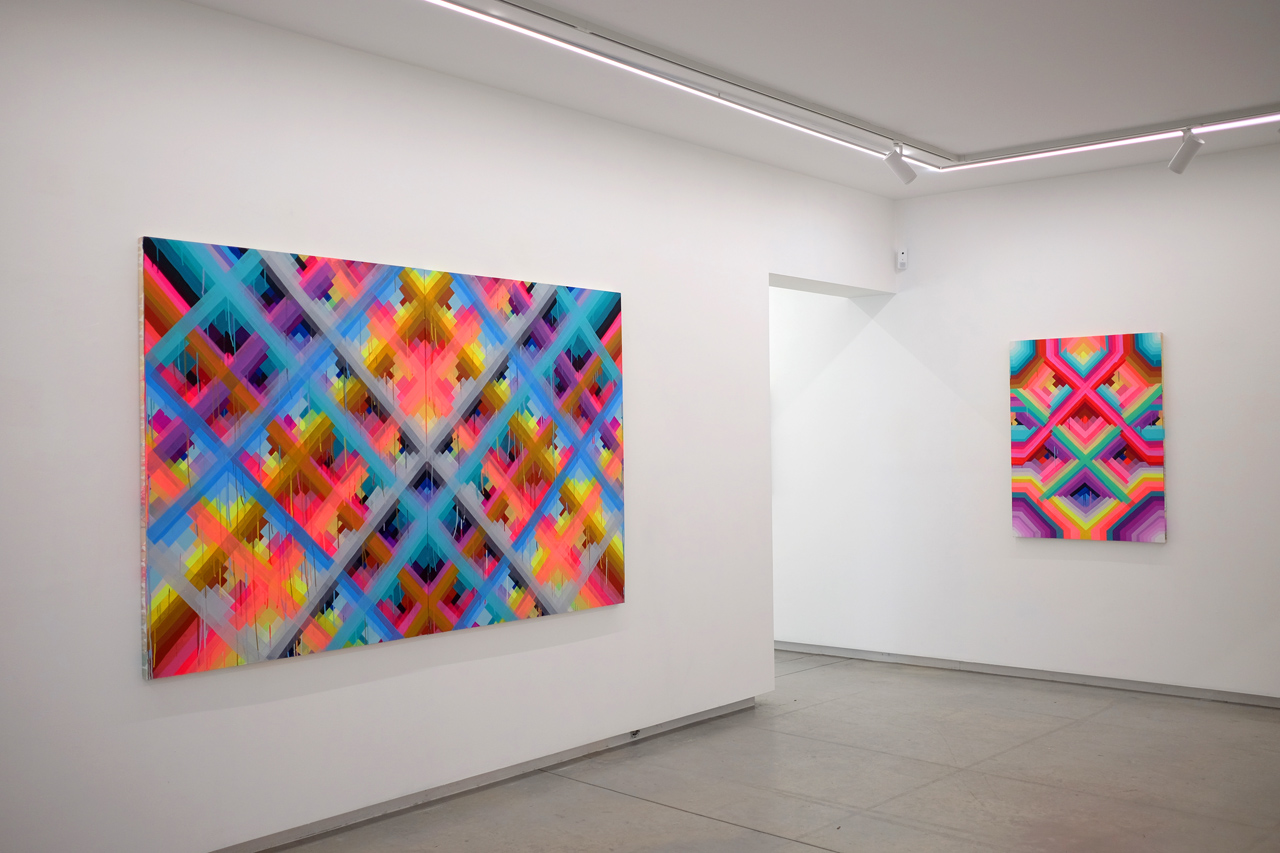 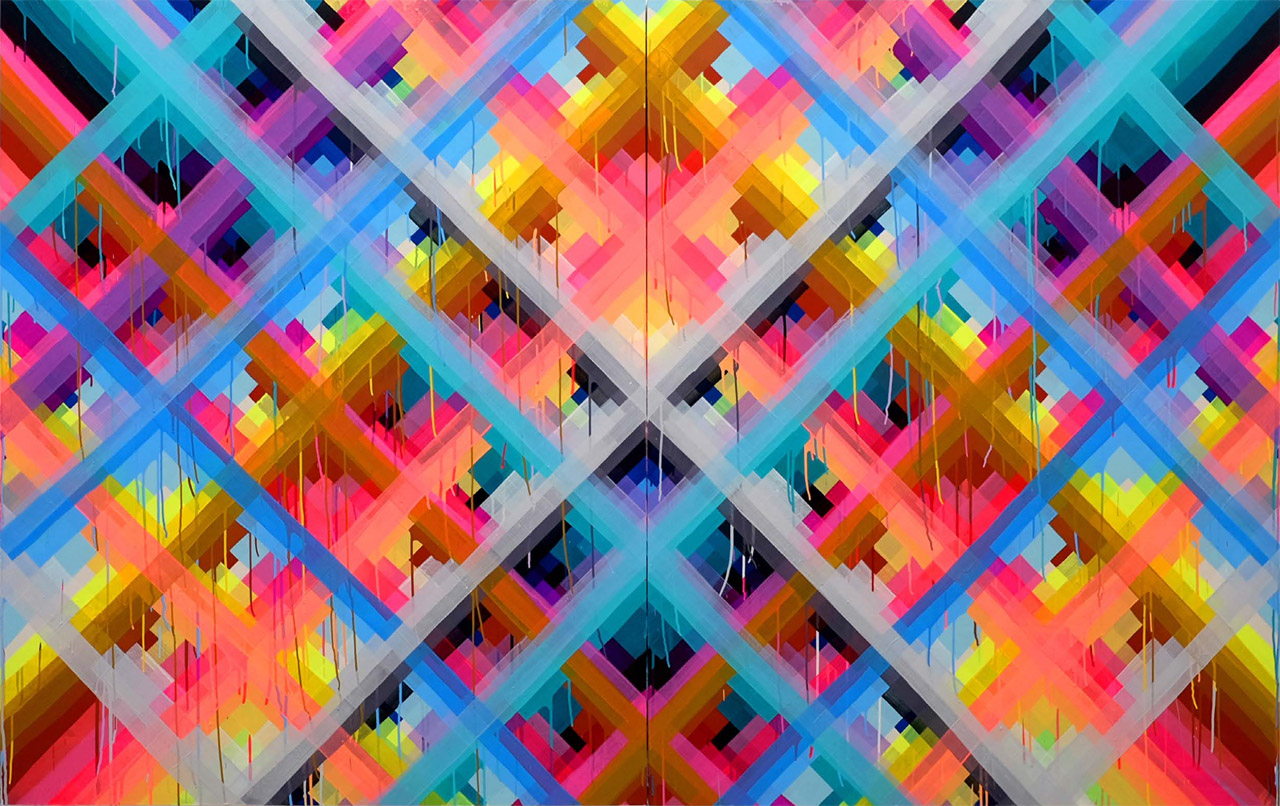 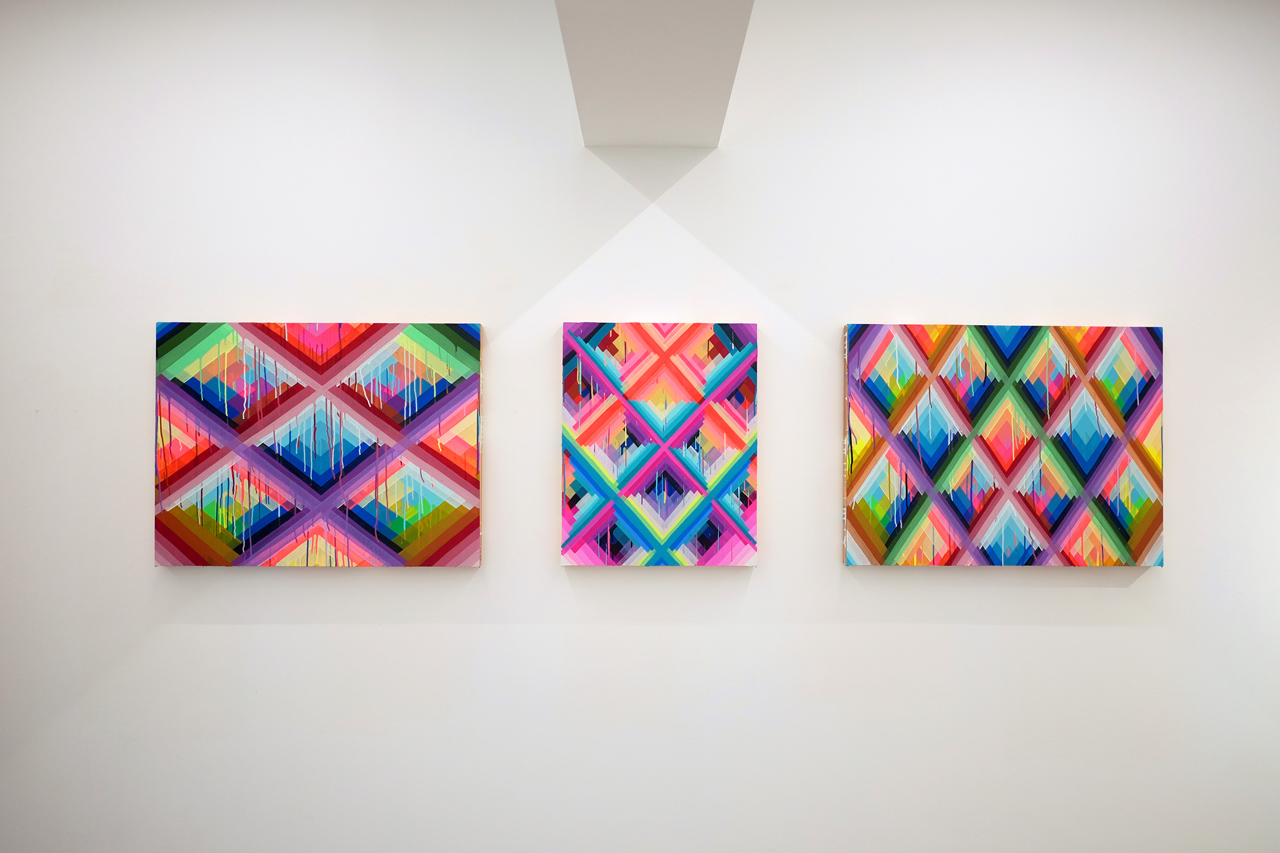 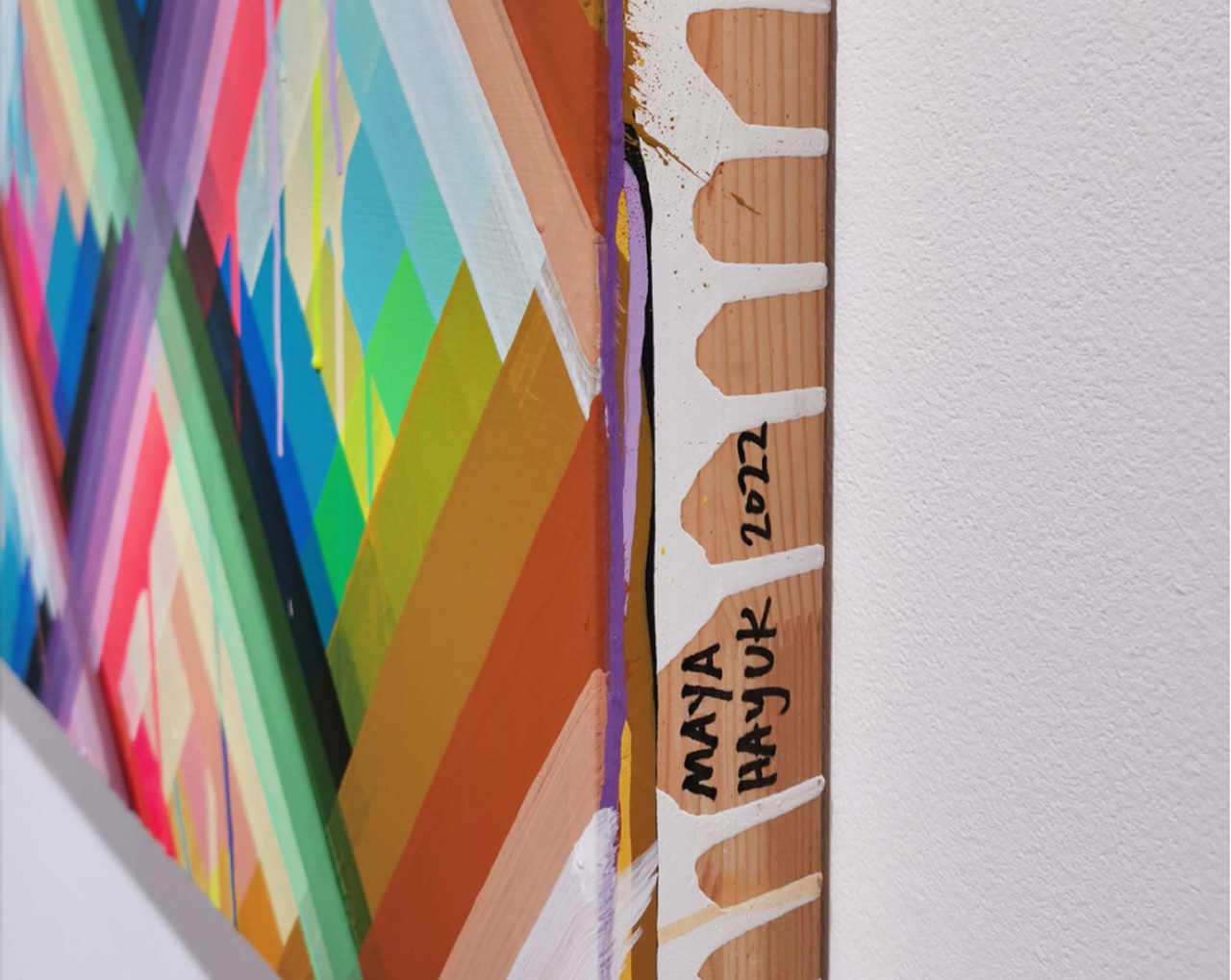 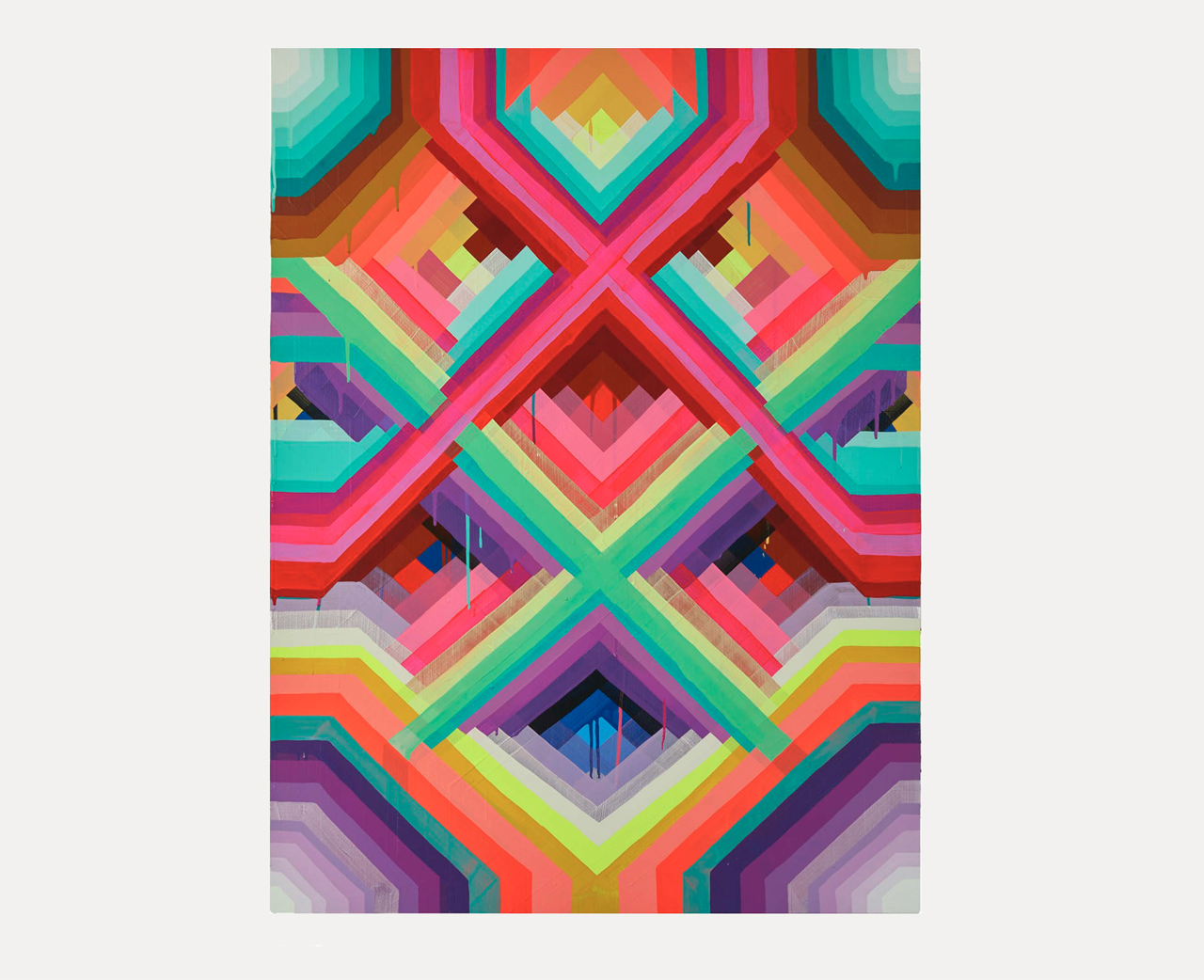 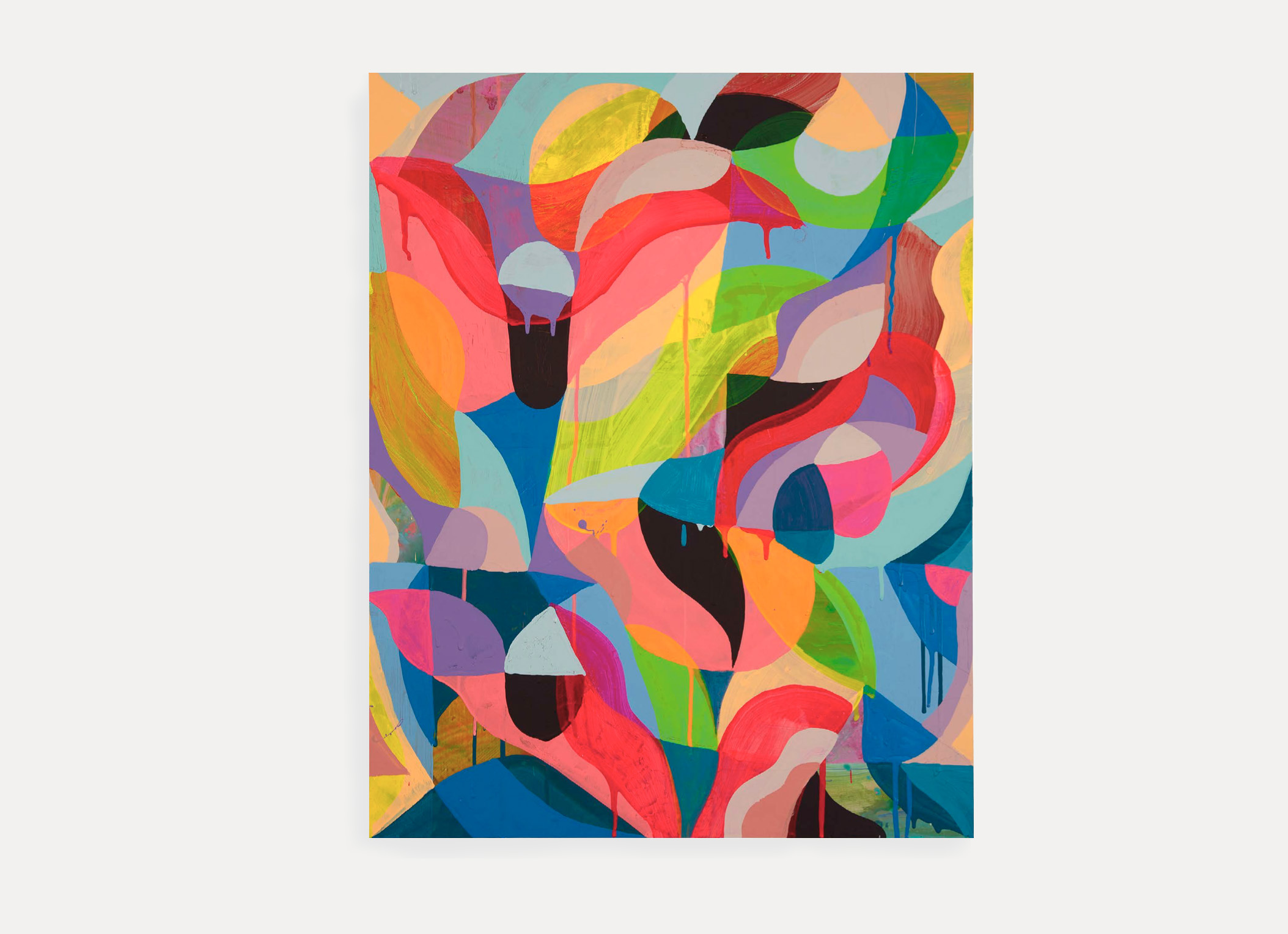 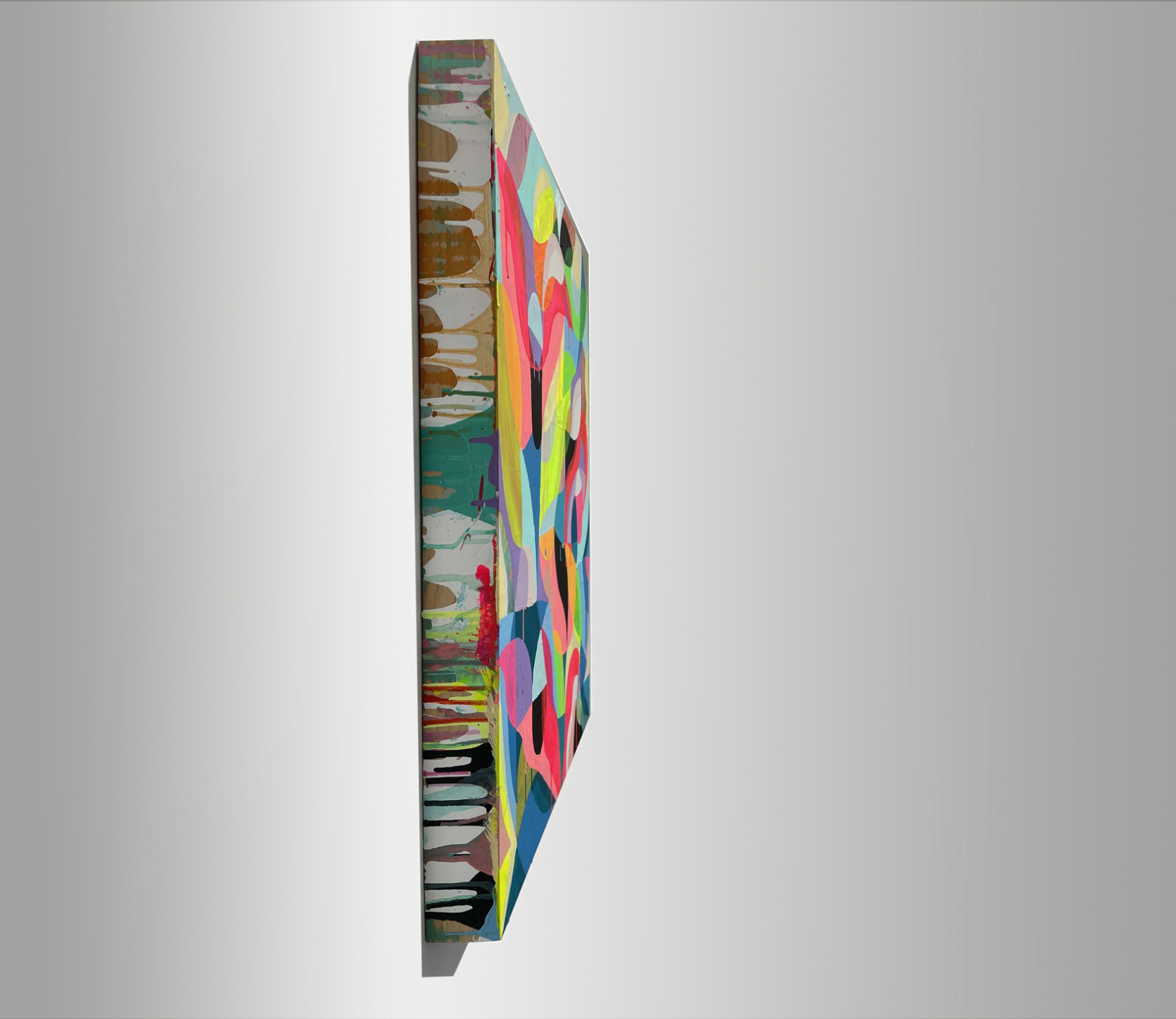