The Brooklyn-based artist’s street work is created in response to the physical form of the host building; but this, in turn, alters how that structure is perceived and the two form a symbiotic relationship where the painting subtly changes the nature of the architecture and vice versa. Hayuk’s improvized approach allows her to respond to, and enter into an ever-evolving dialogue with, the architecture and its environs as the mural develops, so that the two effectively become one. On a macro scale, her street and studio work is unified by a common palette of vibrant color but on a more subtle level there is also a clear cross-pollination of ideas; for example, the highly diluted layers in Circle Jazz are suggestive of her recent rain-soaked mural in Dunkirk.

However, the new body of work also demonstrates a subtle but important distinction between the two; while the paintings in public spaces are primarily informed by the environments in which they are created, the studio work instead creates its own environment which envelops the viewer and in which they then come to reside. Paintings are often referred to as being metaphorically devoured by the viewer’s eye, as they hang passively on the wall; but it would be more accurate to describe the works in this current exhibition as actively consuming the viewer in the most caressing and humanitarian way possible. Viewers are enveloped into a sanctuary of ‘just good vibes’, insulating them again both internal anxiety and neurosis and societal hostility and confrontation.

The cocoon has been woven from a broad spectrum of influences. Holding Pattern shares the strong geometric patterns which are synonymous with Ukrainian crafts such as biscornu and pysanky. Real Feel suggests the warm intimacy of an embrace, while Untitled #3 is a joyously yonic celebration of sex and the human body. The landscape elements of Drive Bye High could equally evoke our own long, lazy summer days at home or indeed the sun setting over the Mongolian steppe during Hayuk’s recent trip to the country. Circle Jazz replicates the shape of a TIE fighter from the much-loved Star Wars franchise and the works made from industrial and household adhesive tape are suggestive in their construction of an almost literal Band-Aid for the soul. However, the paintings function on a very human level and the exhibition’s title references the phenomena of our mind’s ability to discern our own meaning from ambiguous forms based on our own terms of references. Each viewer will bring their own associations to each work dependent upon their own points of reference and prepossessions, so the works mold to the uniqueness of that particular individual. 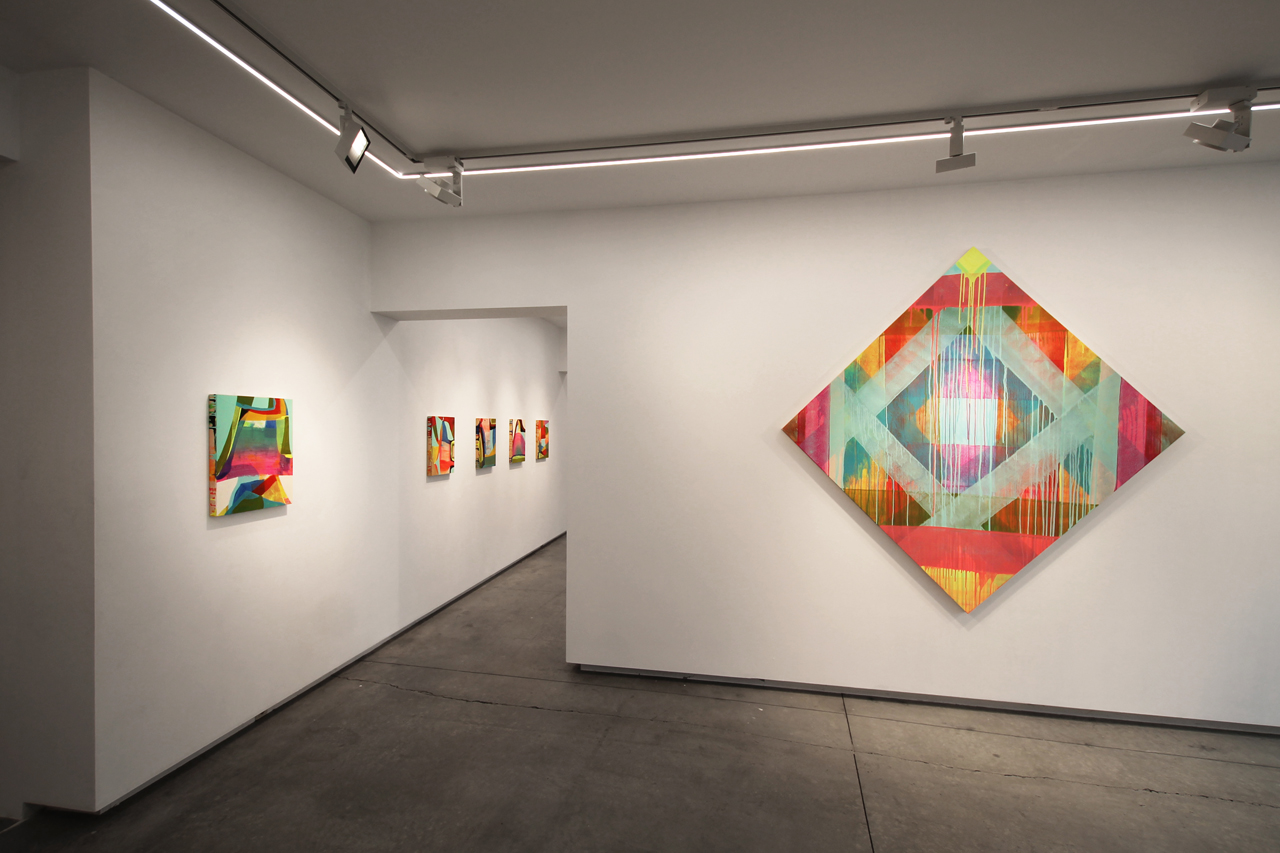 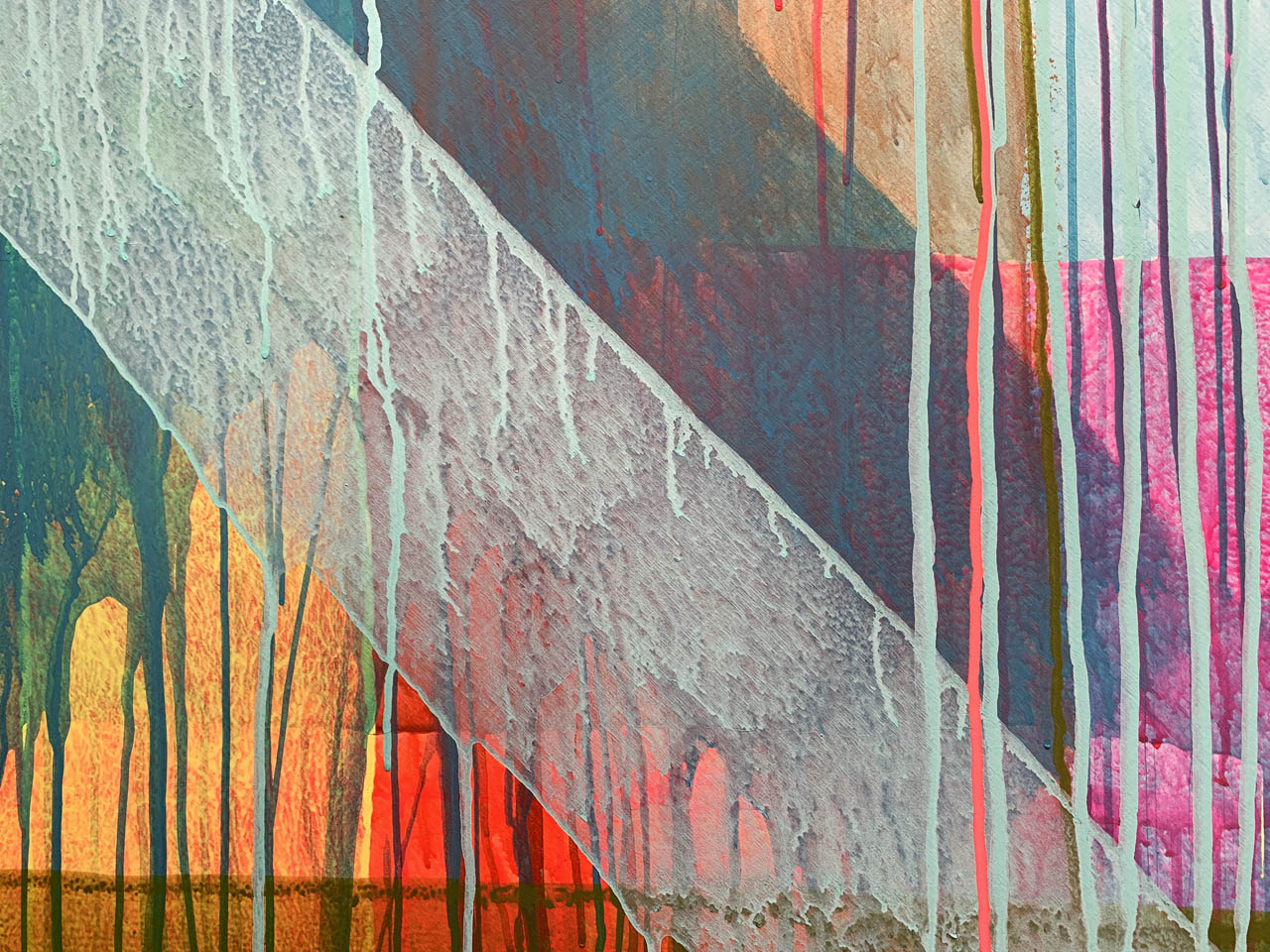 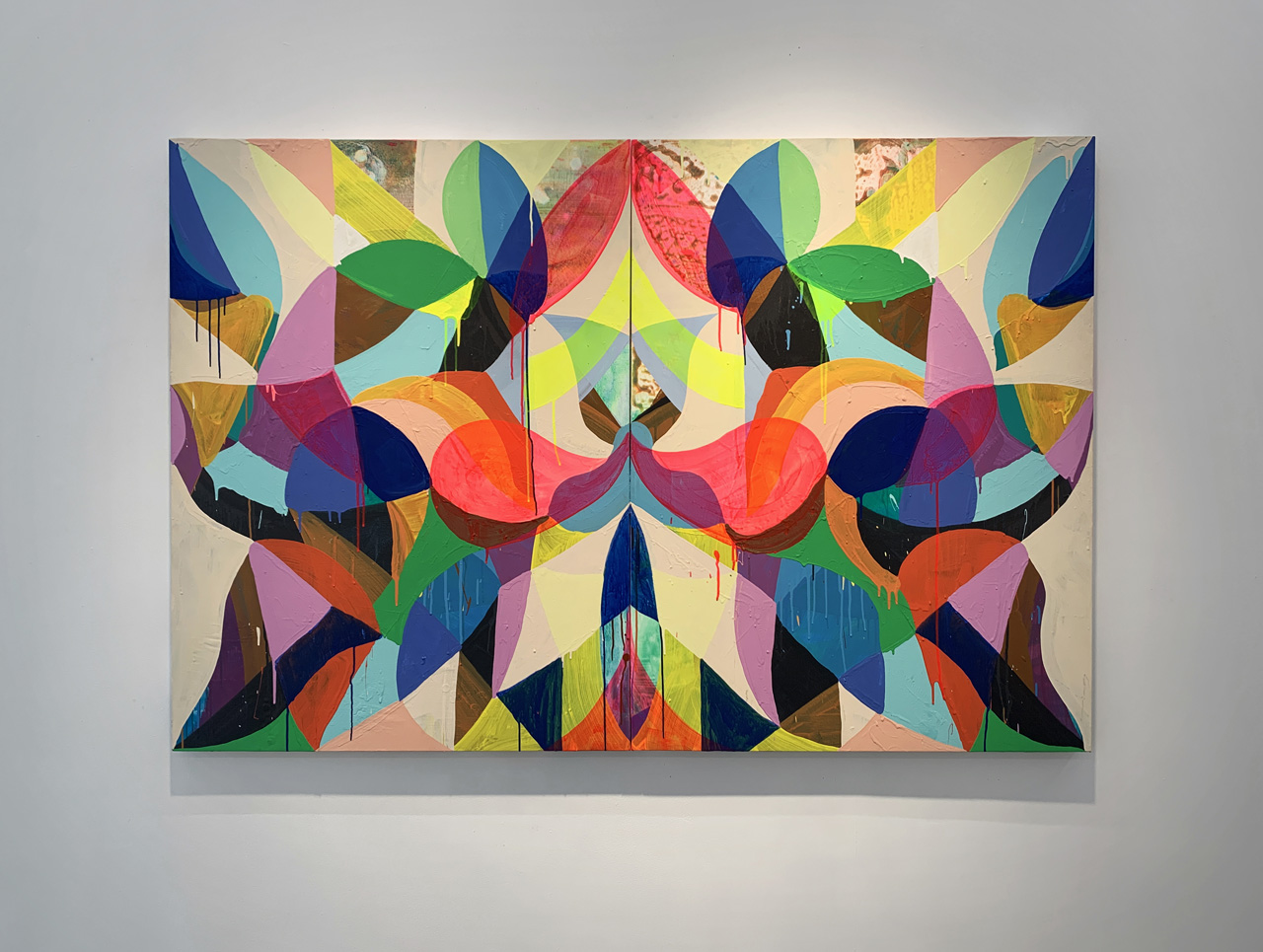 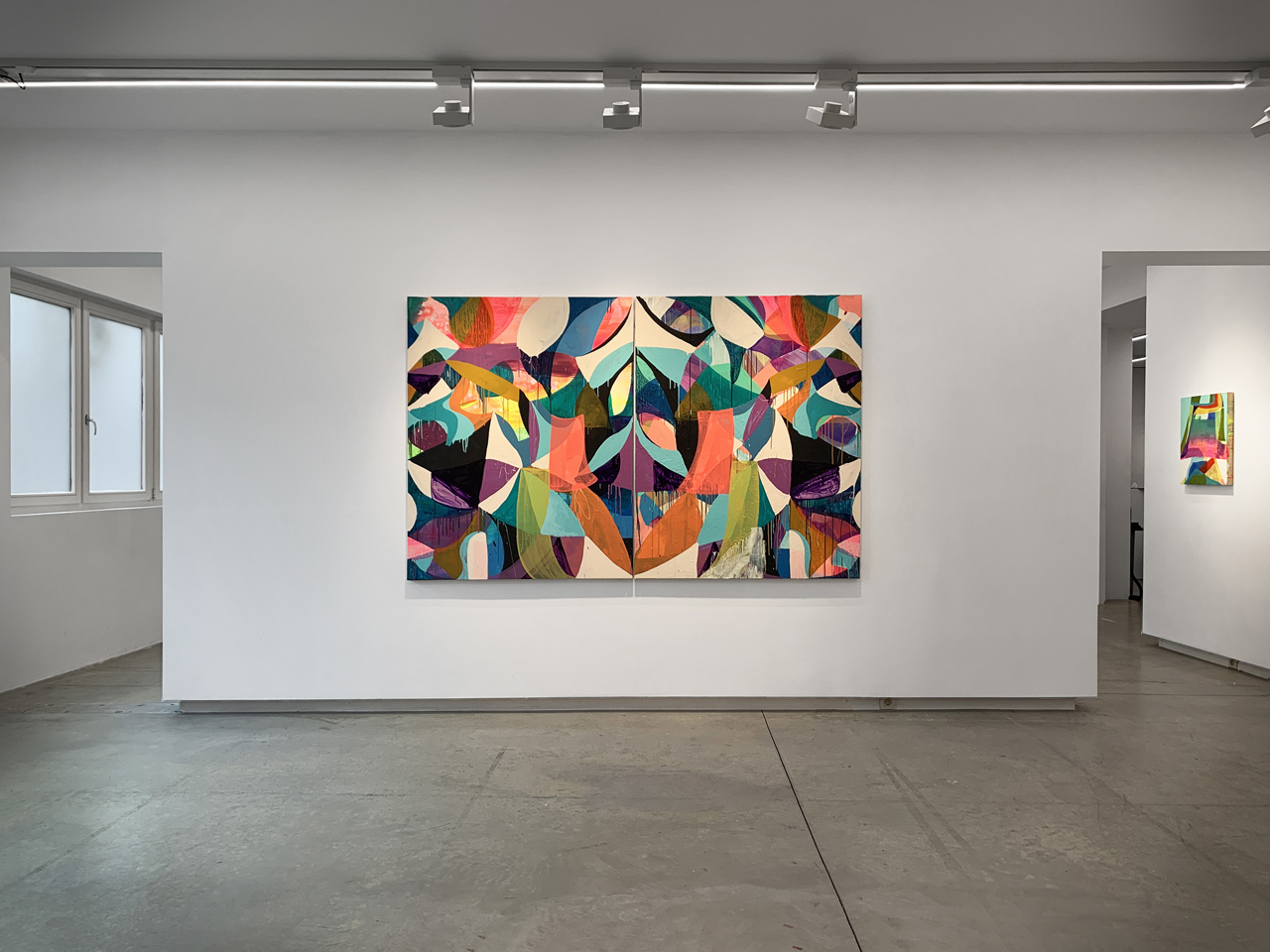 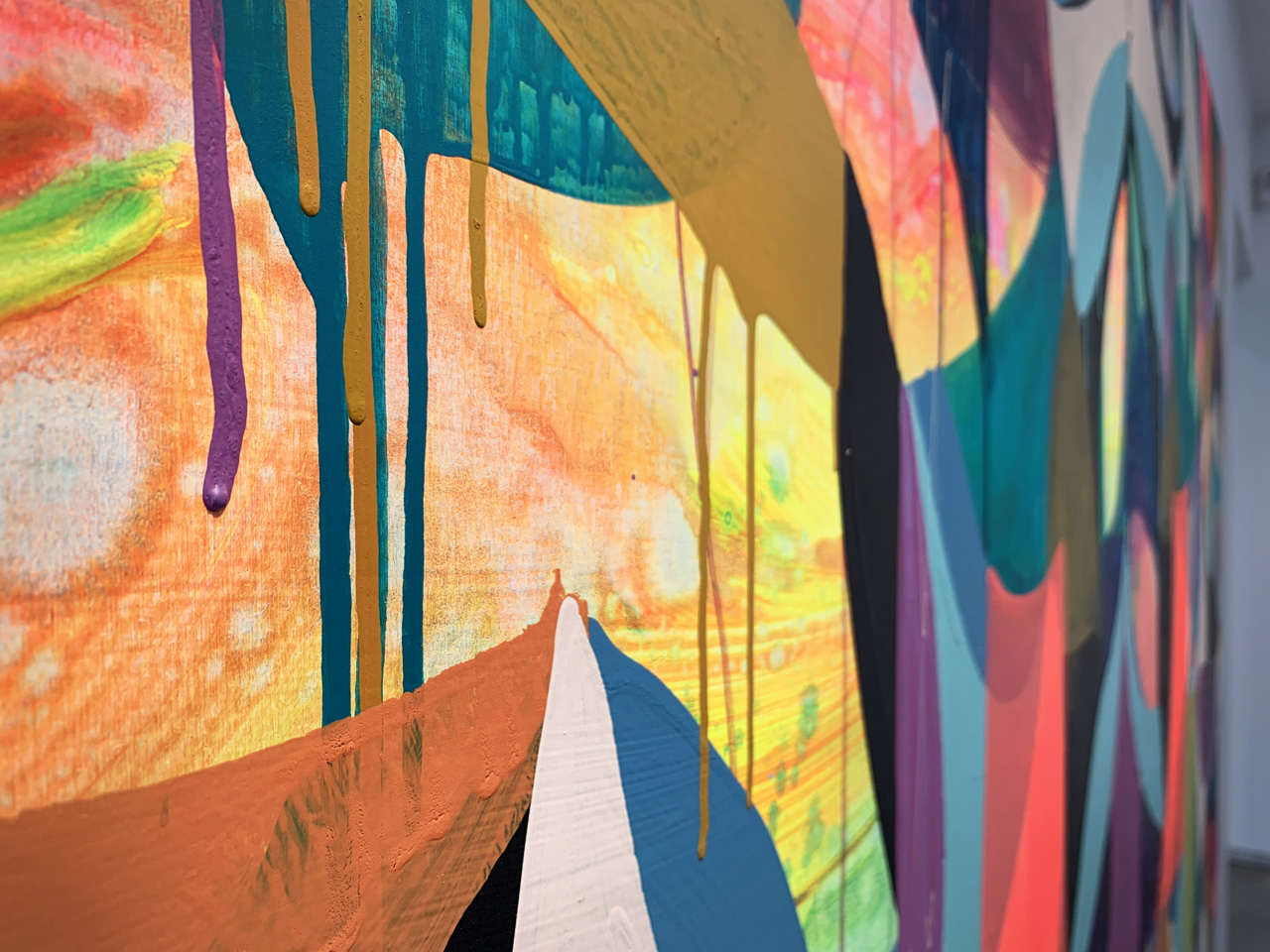 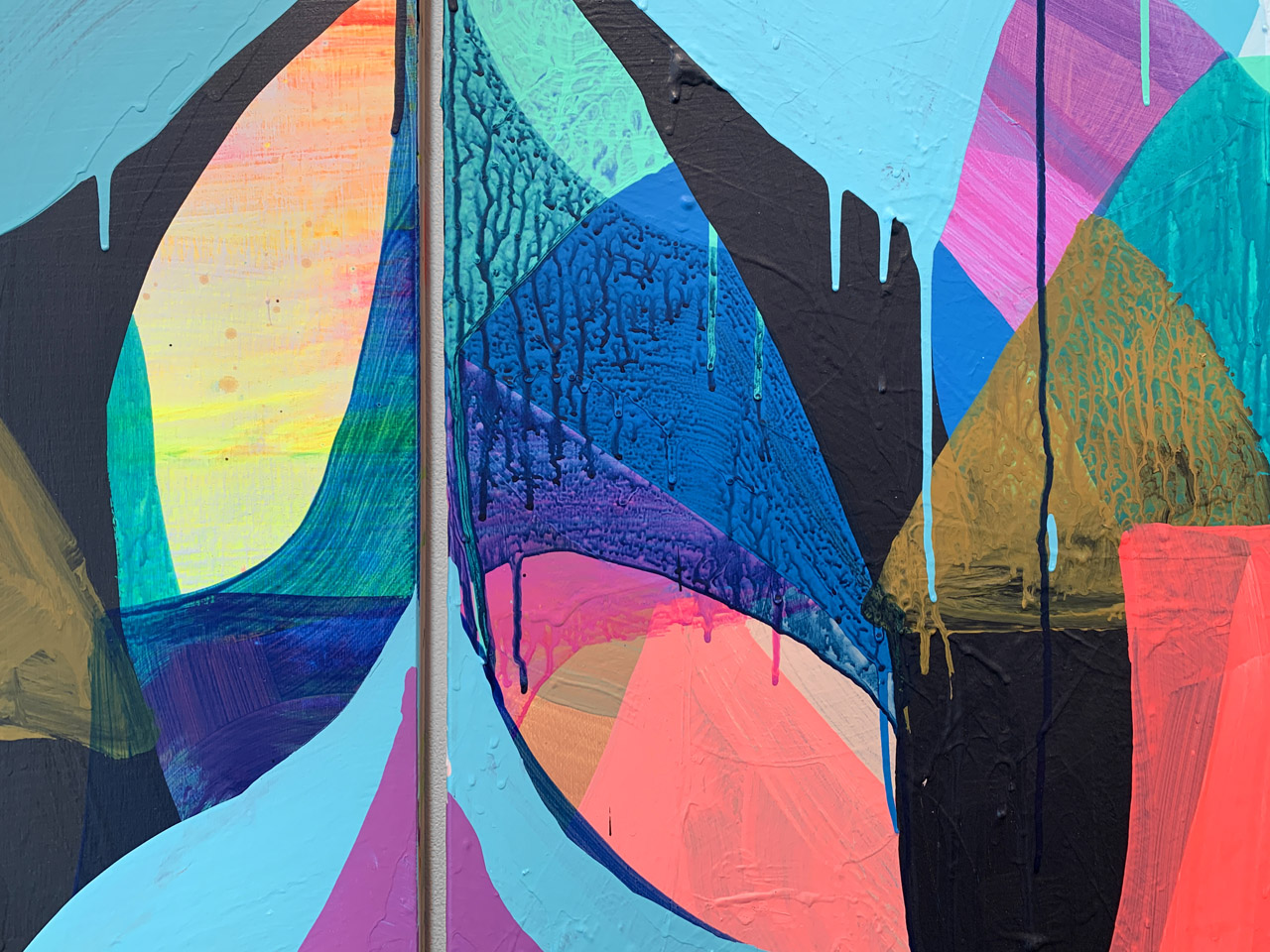 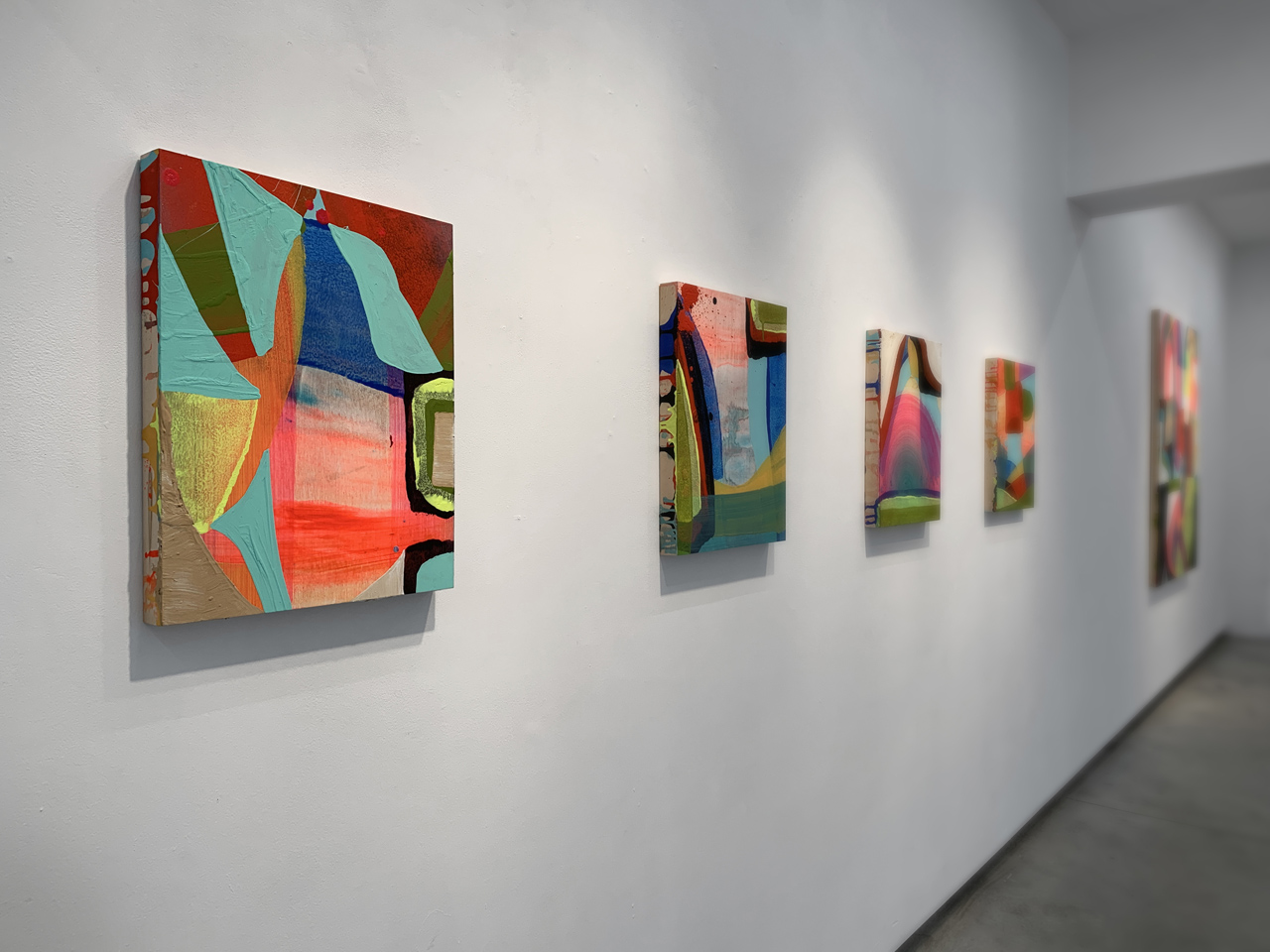 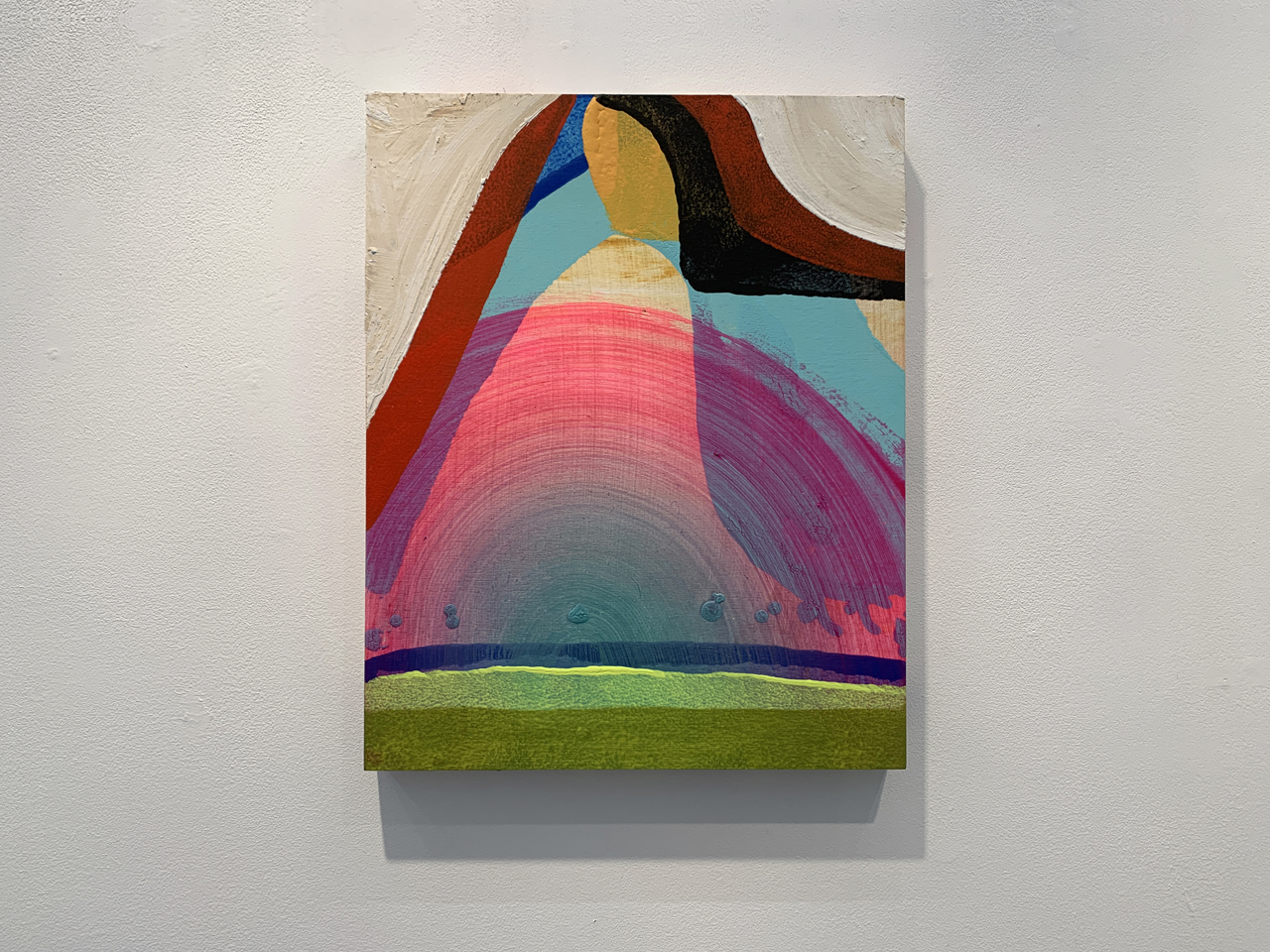