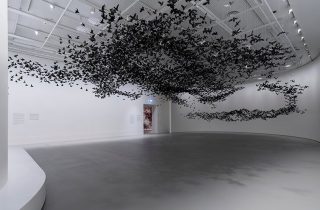 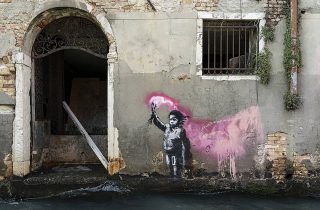 Before his stunt of setting up shop without a permit to make a point about tourism on the streets during the Venice Biennale, Banksy had previously left an unconfirmed stencil on an abandoned house next to the canal. Created at water level, the elusive British artist must have used a boat to steady himself as he painted a young child wearing a life jacket and holding a pink flare up in the air. The piece located on the island of Dorsoduro continues Banksy’s work addressing the migrant crisis. Photo via […]
Continue reading... 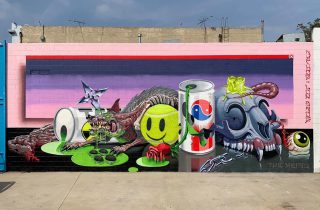 Earlier this month in Los Angeles, Austrian artist Nychos and German duo Low Bros teamed up for a mural in the backyard of new gallery Studio MOMÉ. The wall is not the first collaboration between The Weird Crew members, and while it features Nychos’ signature dissected imagery, it interestingly seems to be missing the retro futuristic geometric forms from the Low Bros who opted to instead add some of their repeating motifs – tennis ball, soda cans, and rose – to the composition. Check out some more […]
Continue reading... 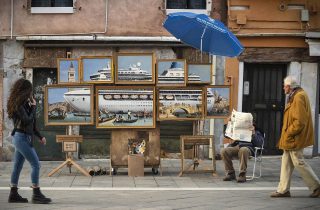 Making an uninvited appearance in the city during the Venice Biennale, Banksy decided to set up shop and appear to sell his art on the streets along with all the other vendors. The difference being he didn’t have a permit to do so and the art done in the elusive artist’s uniquely tongue-in-cheek style. Before he was told to leave, passerby’s were intrigued and confused by his paintings of Venice with the addition of the ubiquitous massive cruise ship in the background. Check the video below for […]
Continue reading... 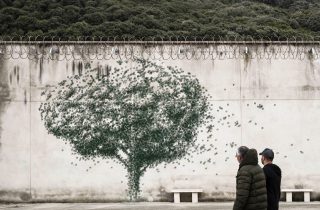 Continuing his penchant of working on unconventional creative projects, Pejac recently completed a few interventions at the Penitentiary Center of El Dueso in Spain. Situated at the entrance of artist’s hometown of Santander, it was built at the beginning of the 20th century on the remains of one of Napoleon’s old forts and is considered the oldest prison in the country. Over the course of 11 days, the Spanish artist completed two murals and modified the backboard of a basketball hoop with a trompe l’oeil element. Considering where these […]
Continue reading... 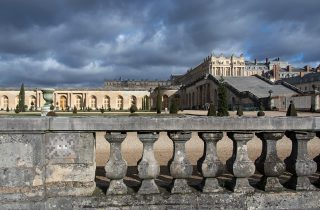 French artist Invader recently unveiled an ambitious project he has been secretly working on for two years now at the historic Palace of Versailles. The anonymous street artist has placed about 40 of his infamous tiled works around the city, with some that look to be hidden in plain sight on the grounds itself. If you follow him on Instagram, you will see he based the works on various artworks, motifs, and attractions (ie: the Hall of Mirrors and Sun King symbol) associated with the national […]
Continue reading... 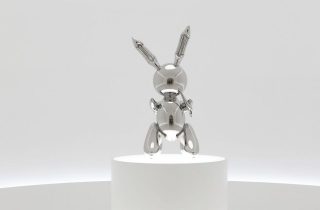 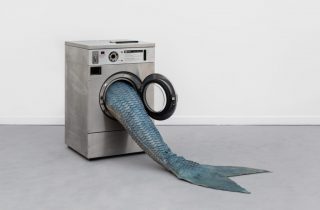 Artnet shares their 6 best new works from Frieze NY including Olivia Erlanger’s washing machine mermaid tail. Artsy’s 10 best booths from Frieze NY. Frieze New York 2019 sales report. Jaume Plensa is one of the artists in NY inaugural launch of Frieze Sculpture 2019. Venice Biennale 2019 preview. Why the Venice Biennale is still important. Shows & events worth seeing at Venice Biennale, outside the main event. A new art fair with four disruptive ideas on how to sell art. Learn how to be an […]
Continue reading... 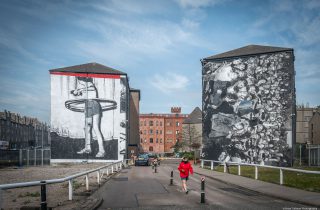 The other day, we teased some of the new public works that were being created during the recently held Nuart Aberdeen 2019. Today, we wanted to showcase the other seven artists whose work we’ve enjoyed during our stay. Working around the idea of telling stories, the artists uncovered less known parts of the city’s history (Vhils), revealed another side of important events (Axel Void), and referenced the unfortunate reality the city is facing (Strøk). Scattered around the city center, these pieces show the variety of […]
Continue reading... 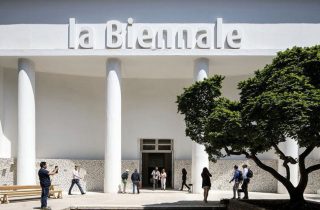 More stories below from this week (click on bolded words for more information): What to see at this year’s Venice Biennale. What to expect from the Italian Pavilion of the 58th Venice Biennale. 15 must-see exhibitions in Venice during the Biennale. Meet Augustas Serapinas, the youngest artist in the Venice Biennale. Why this Claude Monet haystack could sell for over $55 million. Lee Krasner painting could break artist record at Sotheby’s. Louise Bourgeois ‘Spider’, estimated at $25 – $35 million, could set new record for women […]
Continue reading... 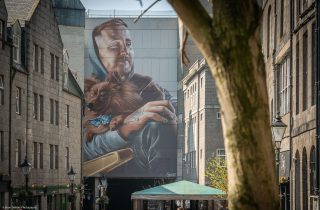 As we previously reported, for the third time in a row we’ve spent the Easter weekend taking part in Nuart Aberdeen‘s program while enjoying the new works created on the streets of sun-basked Aberdeen in Scotland. This year’s festival included 13 artists from around the globe, who added their signature marks to an already impressive collection of public art produced throughout the city. Fully aware of the risks of possible oversaturation with large murals, Nuart Festival director and curator, Martyn Reed, made sure the works did […]
Continue reading... 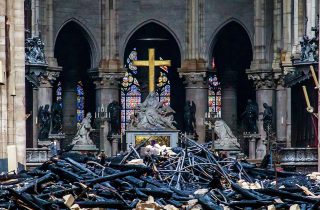 More stories below from this week (click on bolded words for more information): Witnessing the catastrophic fire of Notre-Dame. How should France rebuild Notre Dame? The cultural battle over the meaning of the Notre Dame fire. Can ‘Assassin’s Creed’ help rebuild Notre Dame? The 7 of the most precious relics that survived the blaze at Notre Dame. What sold at this years Dallas Art Fair. Is the photography market sleepy or just getting started? Phillips auction house could reset Mark Bradford record again. Why Jeff Koons’s […]
Continue reading...
Page 3 of 260«12345102030»Last »