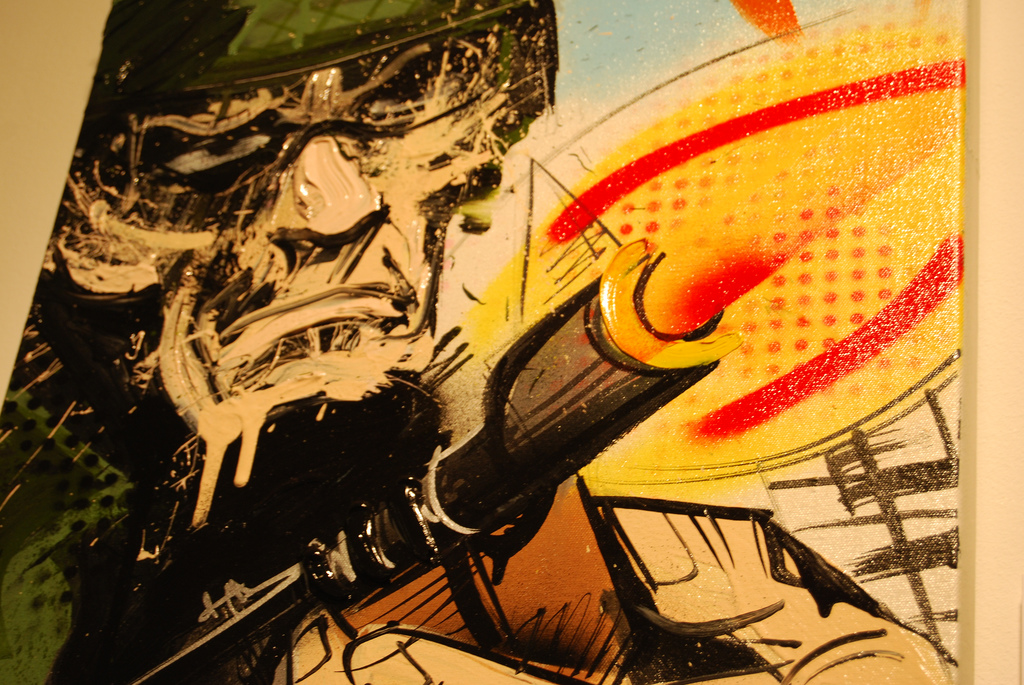 Any sneakerheads out there will recognize Dave White’s oil paintings immediately.Â  Perhaps generously described as the “Warhol of our generation” and well-known to the mainstream because his corporate collaborations with the likes of Nike & Coca Cola, it was actually his sneaker portraits that first attracted our attention.Â  He has since moved on to other subjects such as Super Cars, Star Wars, and more recently Superhero paintings.

Dave had a brief exhibition that ended last Sunday at the Kounter Kulture art fair produced by Opus Arts.Â  The theme this time appears to be comic book scenes of old school fighter planes, tanks, and other images of war.Â  Channeling Lichtenstein and using some of his characteristically loose and wonderfully textured brushstrokes, he produced stunning body of work for this show. Photos after the jump.