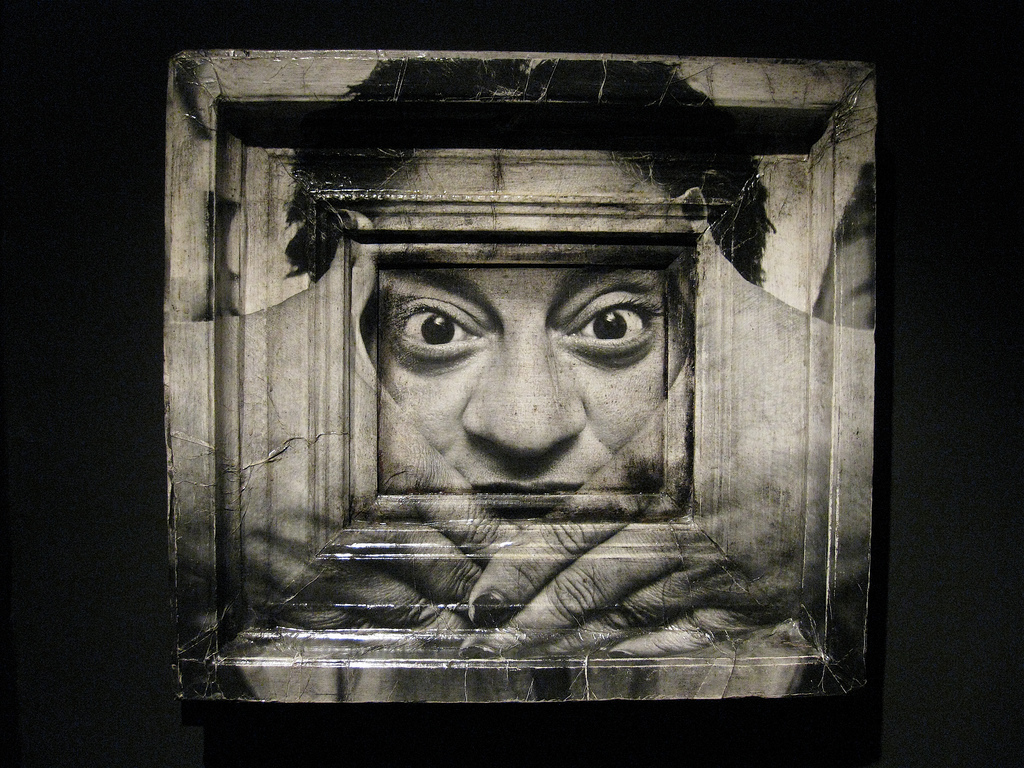 Famed street photographer JR opened his show in London last Friday. Much anticipation had built up over the last week because of the large installations he had put up in Soho (teased previously). We had wondered how his art would translate into the gallery setting, but it looks as though he was able to maintain the “feel” of his work quite nicely. By pasting his photographs onto uneven pieces of wood, aluminum, and even a mirror, he was able to emulate his famous style on a smaller scale. Most of the work is at the Greek Street location for Lazarides but there was a film showing his Favela work at the Charing Cross location that should not be missed.

Check out all the photos after the jump.

Movie at the Charing Cross location. 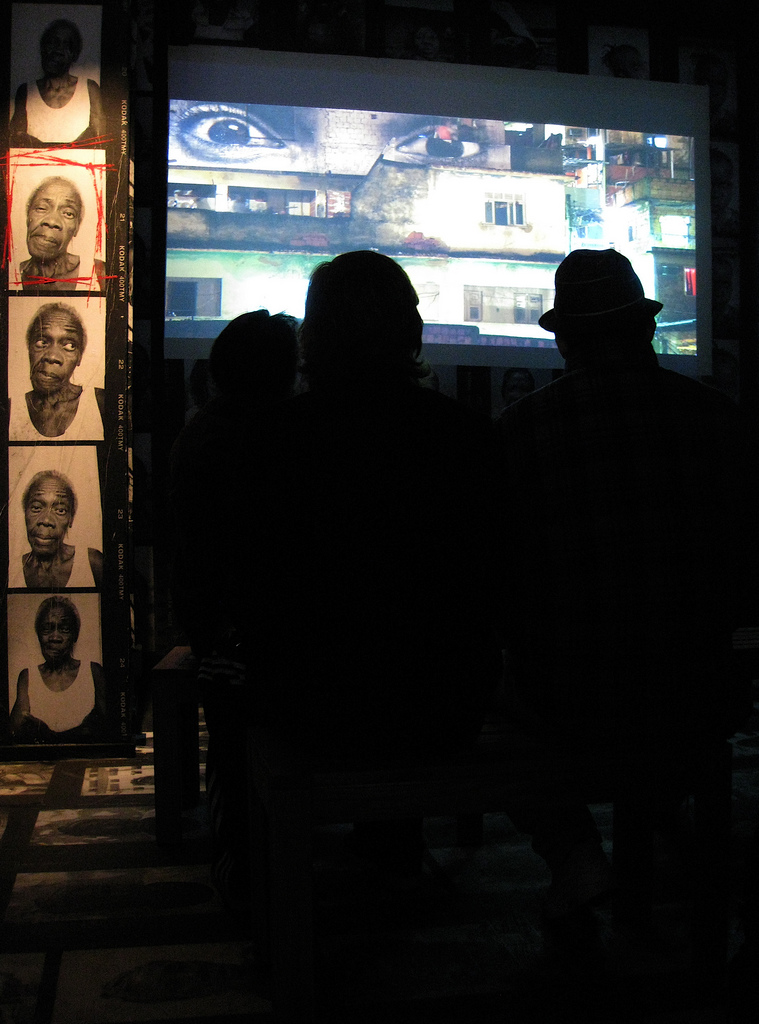 Mirror used as his “canvas.” 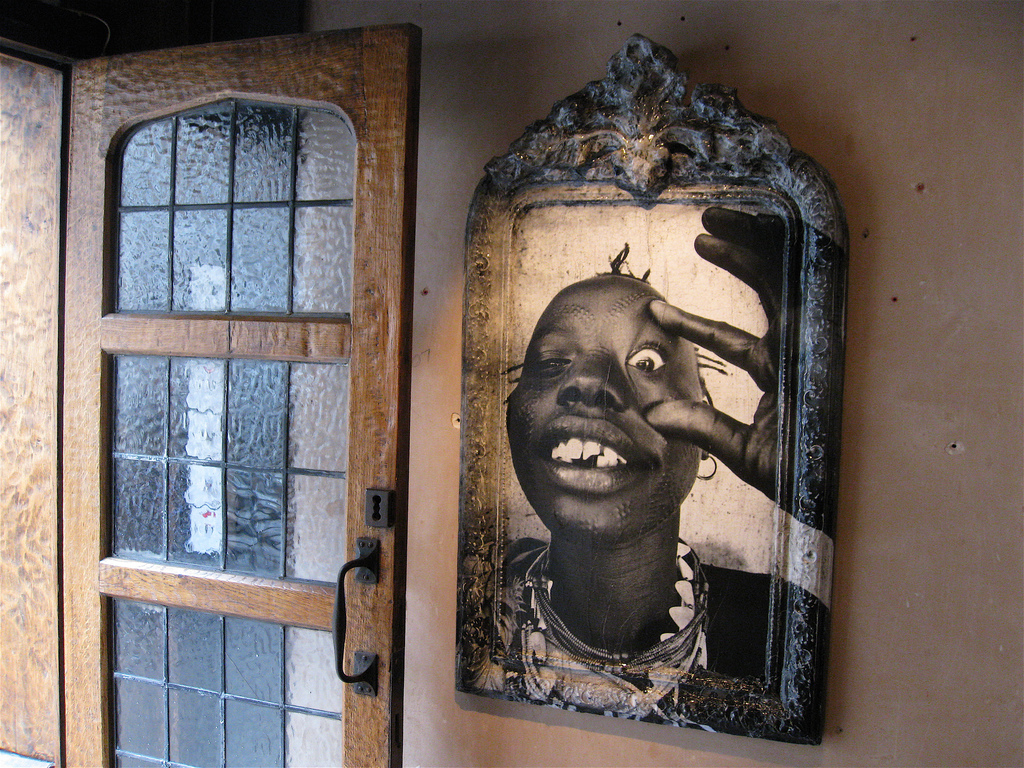 A piece from the show and it’s corresponding location on the “streets.” 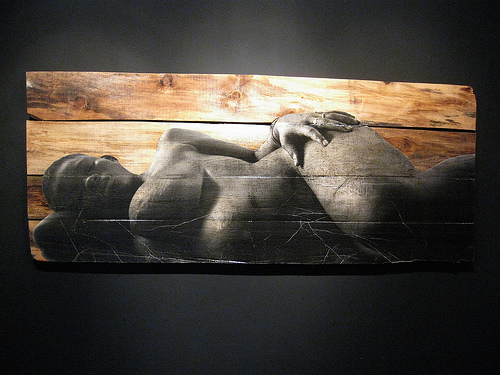 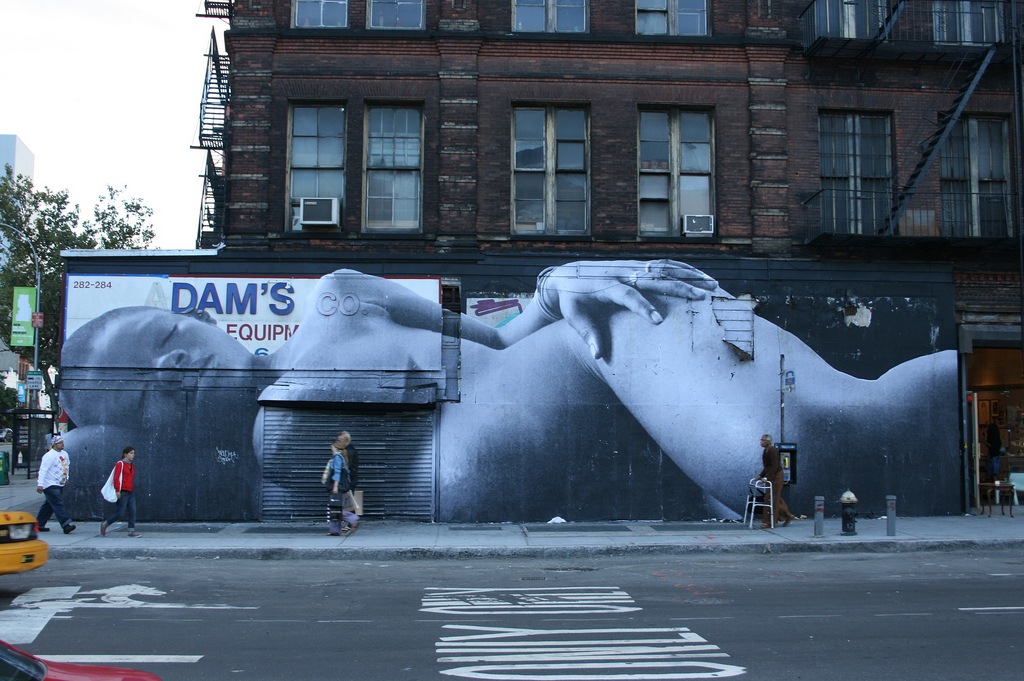 This exhibition was part of his â€œ28 Millimetres: WOMENâ€ project. Quoting the mission statement: “Women project wants to underline their pivotal role and to highlight their dignity by shooting them in their daily lives and posting them on the walls of their country. On the other hand, by posting the same images of these women in Western countries, the project allows everyone to feel concerned by their condition and connects, through art, the two different worlds.” Enjoy the rest of the photos in the gallery below.