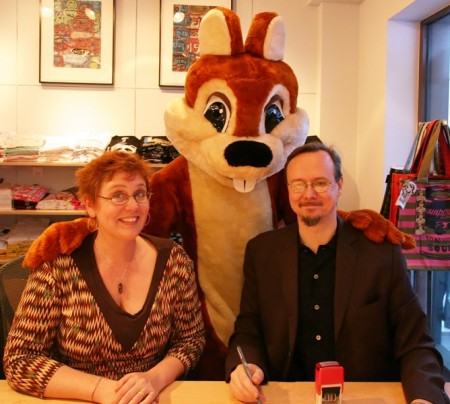 AM was on hand at Mark Ryden’s signing for his latest book “The Tree Show” at the MOCA store in Los Angeles. Hundreds of fans lined up for the opportunity to meet Ryden before he crosses the ocean for his upcoming show in Japan (teased). Ryden was joined by his partner and fellow artist Marion Peck as well as his daughter and niece, who both played the role of his assistants.

When the signing started at 3pm all of the copies of the book at the MOCA store were sold-out and there was a group of 300 plus anxiously awaiting their turn. Keeping the large crowd entertained was the always playful Gary Baseman who in keeping with the theme of the book, showed up incognito in a chipmunk suit and handed out sweets to keep the energy level up.

See the rest of the photos from the signing and a preview of the book after the jump. 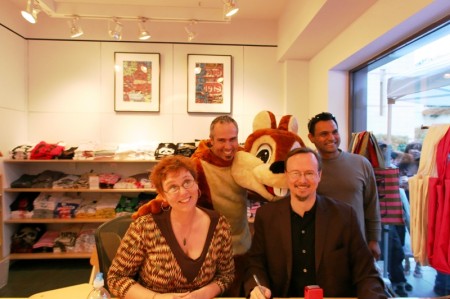 Books were sold out before the signing began!

Front of the line

The line goes on…

Ally, Larry, and their new baby!

Jamie from JapanLA with Gary Baseman

Video of the book.