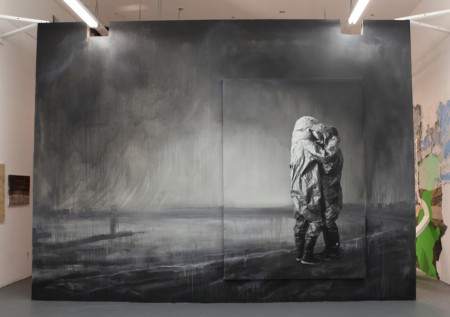 Berlin-based stencil artist BOXI made his United States solo show debut with â€œGrey Areaâ€ (previewed) which opened this past Thursday at Carmichael Gallery. Patrons were captivated by BOXI’s photo-realistic work and found themselves immersed in the barren world his subjects reside in. Filled with emotion, the work is visually arresting and something that should be experienced in person if you’re in the Los Angeles area.

The Neo-Con Collective and London urban artist Zeus overhauled the rear of the gallery with “Hollowood,” featuring Ellis G’s (Seen on the streets) shadow chalking and flame-graffiti, the colorful geometric shapes of Aakash Nihalani (Update), Poster Boy’s ad disruptions, and Zeus’ awesome “reflective” convex mirror and three dimensional typography encouraging patrons to get out and “BOMB.” 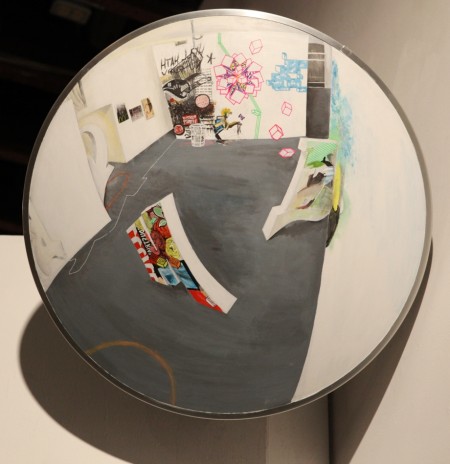 Check out the rest of the photos from the show after the jump. 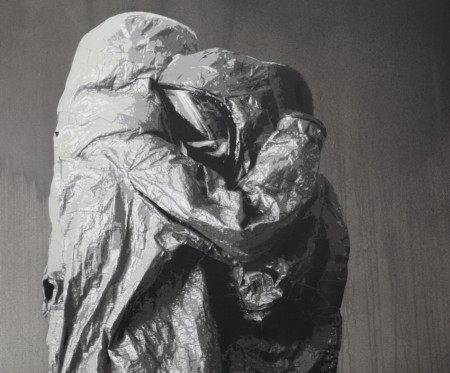 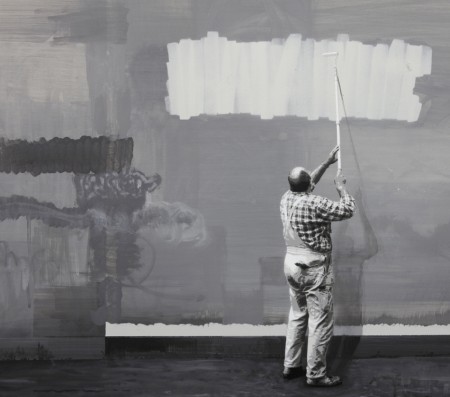 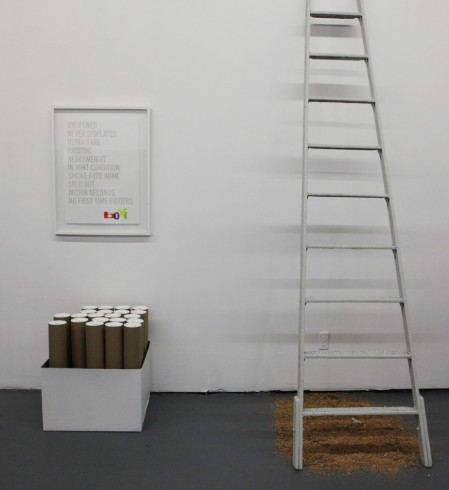 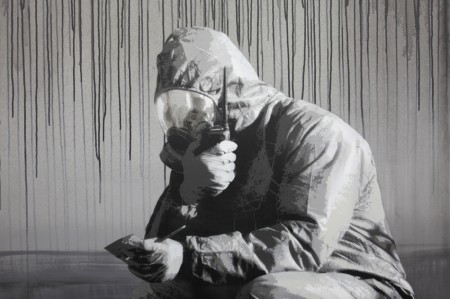 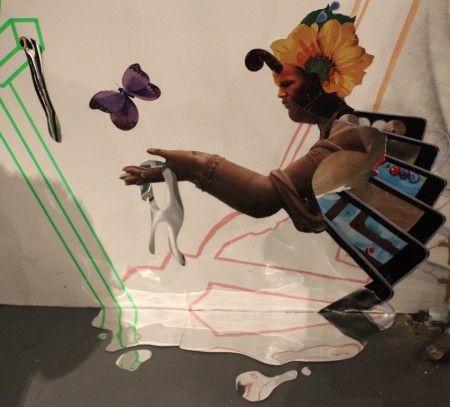 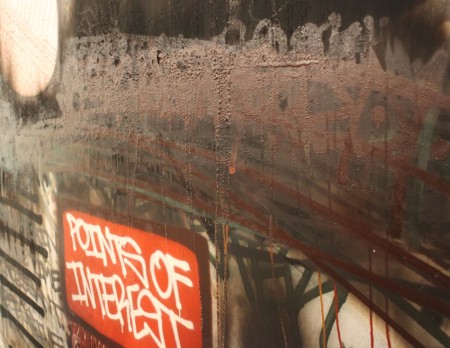 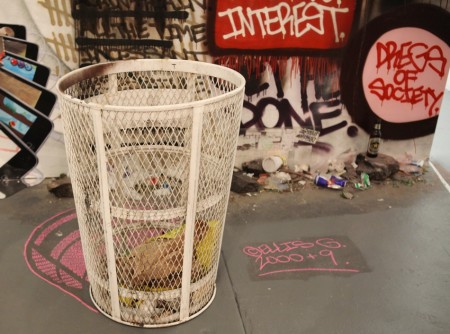 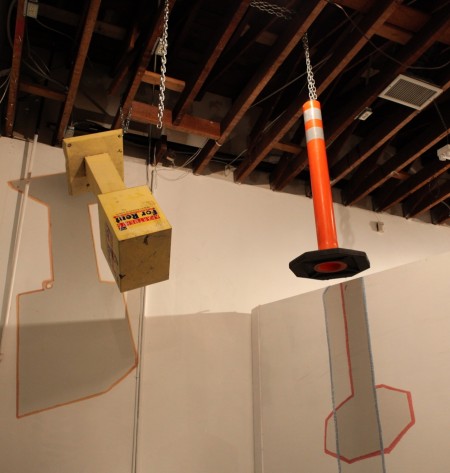