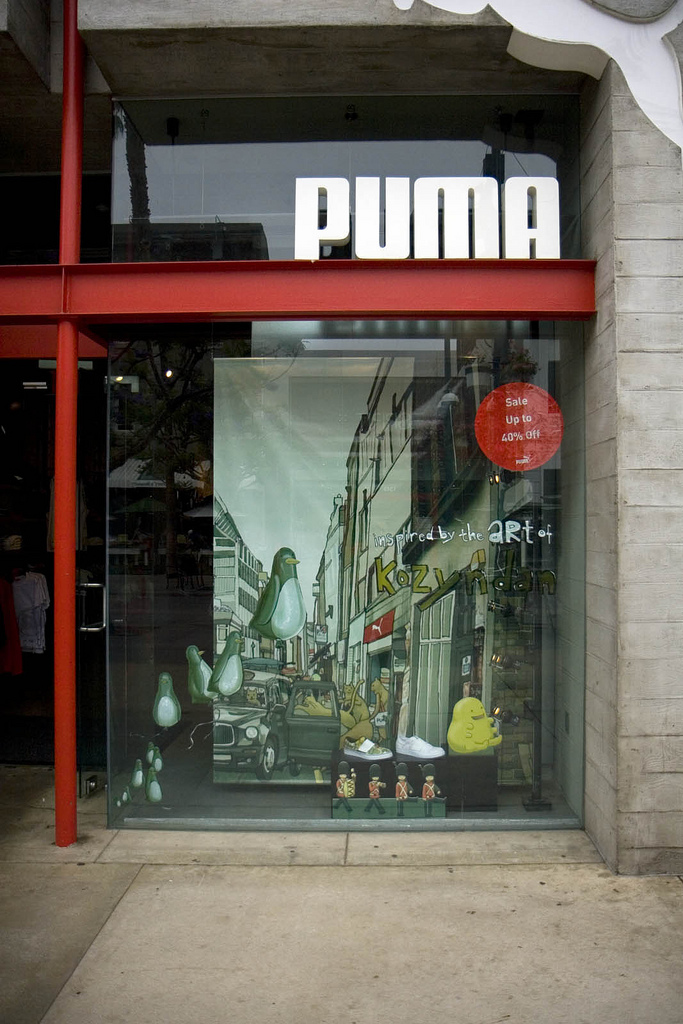 An artist duo that we have been following for a long time now, Kozyndan (Kozy & Dan) collaborated with PUMA on a clothing and shoe line a while back.Â Unfortunately, this turned out to be a Europe-only release and fans in the States never got a chance to snatch some of these items up…Â  until now.

Here is a shot of a window display at the PUMA store on the 3rd St. Promenade in Santa Monica.Â It appears that other stores will be carrying the line as well, although it may be a limited release. Hopefully, there will some in-store signing sessions with Kozyndan to follow.

Check out some photos of the PUMA – Kozydan collaboration after the jump.