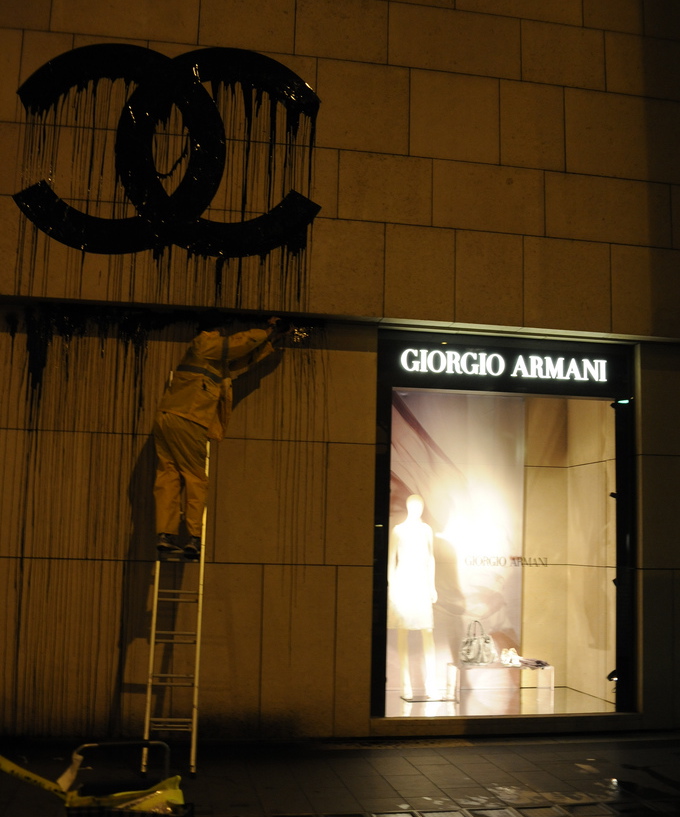 As has been reported on several websites and confirmed by Dominique Perregaux, owner of Art Statements Gallery, French street artist Zevs has been arrested for “bombing” a Chanel logo in Central, Hong Kong.Â  He was apparently demonstrating to the residents of HK his famous technique ahead of his aptly named show “Liquidated Logos” at Art Statements Gallery this Thursday night.

Zevs chose 3 am as the time for “liquidation,” but true to HK’s reputation as the “city that never sleeps,” a passerby reported him to the police. They wouldn’t release him in time for the opening of his exhibition would they?Â  Whether he shows or not may indicate whether this was a publicity stunt…

This is will not be the first nor last time we will have to report an artist getting arrested for bringing their art to the streets.Â  If you remember, Yoshitomo Nara and Shepard Fairey (missed opening to Boston ICA retrospective) have experienced the same. 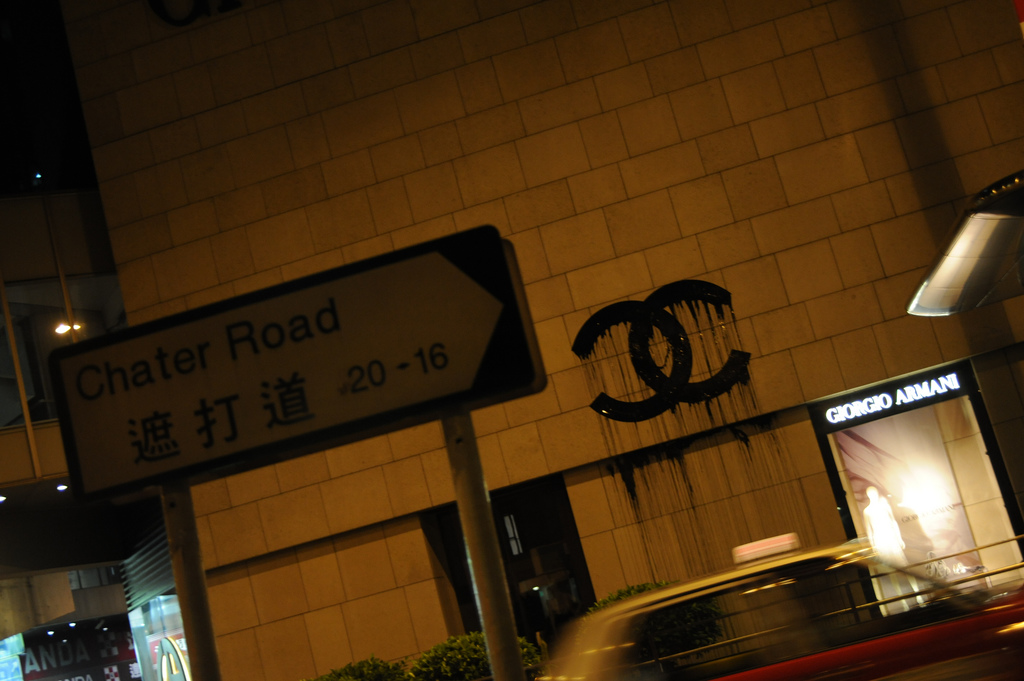 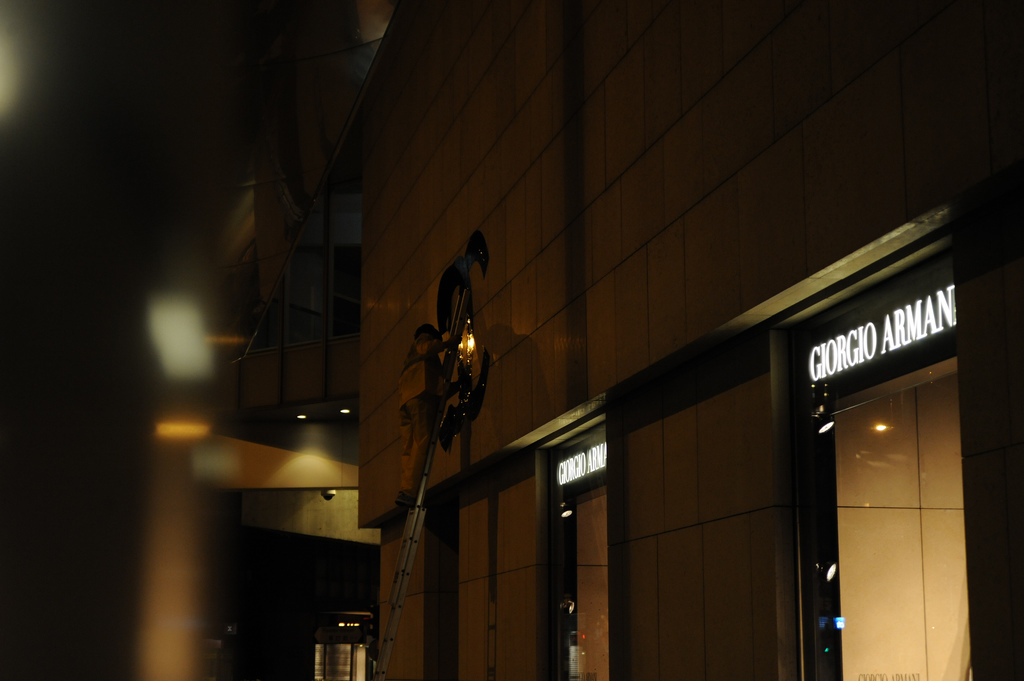 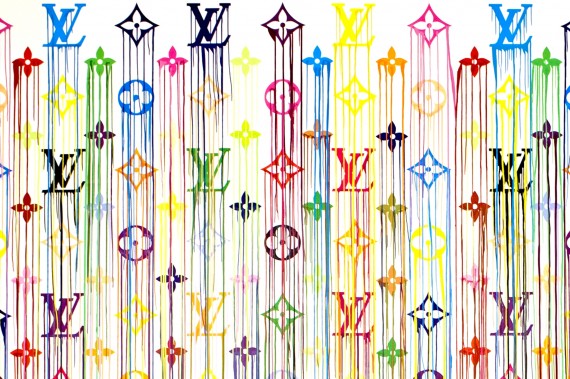