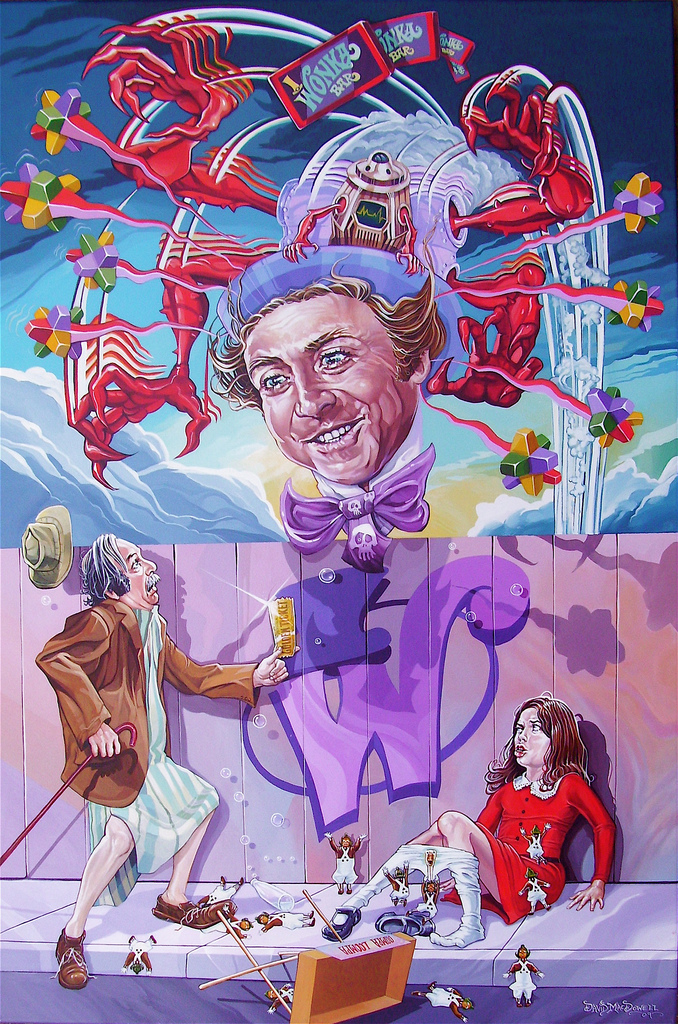 After witnessing David MacDowell’s wit and humor as well his acrylic skills firsthand at Thinkspace a short while back, we fast became fans of his work. But, his ballsy take on Robert Williams‘ classic “Appetite For Destruction” at the Crazy4Cult 3D show really blew our mind. Notice the seamless blending of the world of Willy Wonka with arguably one of the most famous paintings of lowbrow art culture. See Williams’ original painting after the jump as well as hear in MacDowell’s own words how he came up with the concept. 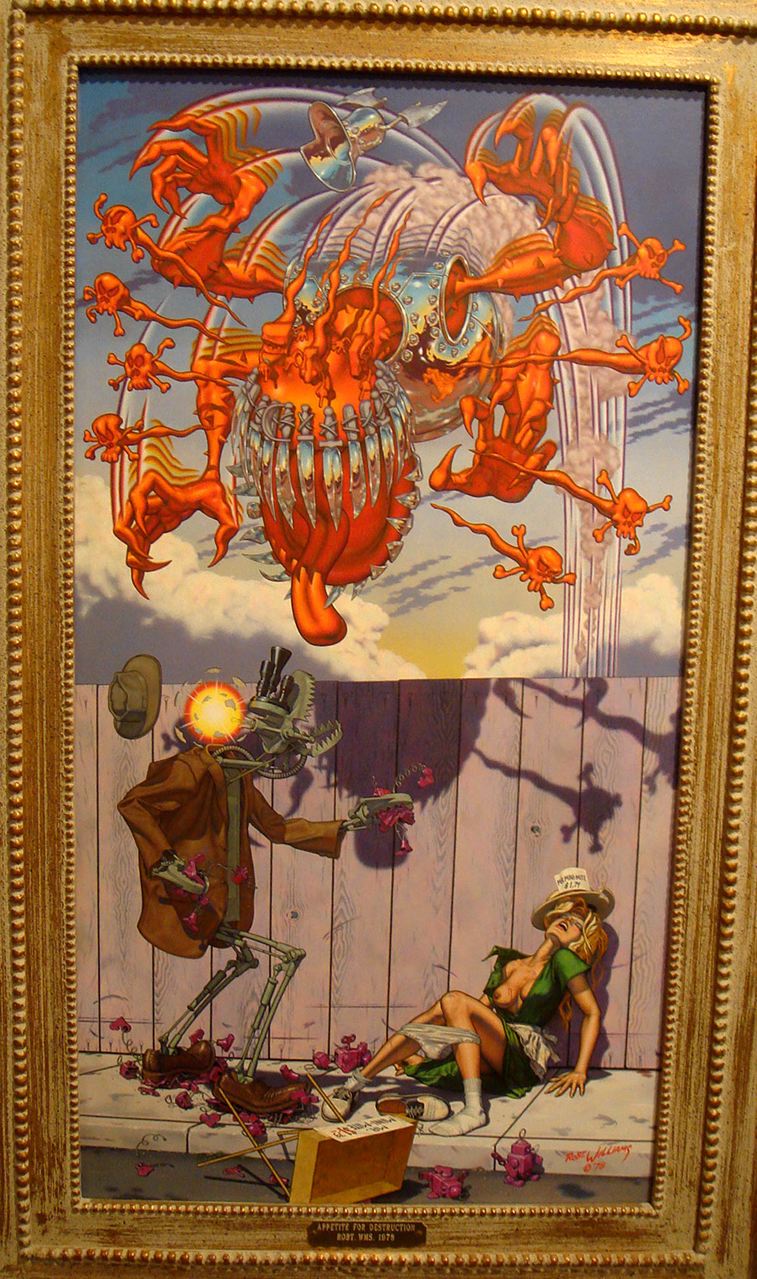 Arrested Motion: Tell us how you this painting came about.

Dave MacDowell: “For this years ‘Crazy 4 Cult,’ I decided to pay homage to Robert Williams classic ‘Appetite For Destruction.’ There’s actually been a small print of the original hung over my easel for the past 2 months, and I’d driven myself to madness pondering how to respectfully twist it with integrity. Like a lot of people, I was introduced to Robert Williams genius via the first “Guns and Roses” album cover. With its exploding security headed Robot, and the taboo underpants around the knees, to me, made it most iconographic hardcore image that I’d ever seen. I believe the theme of the original painting referred to the spirit of war upon US industry, and its proclivity to “screw over” the independent small business owner. Conceptualizing and drawing it out came pretty easy once I dropped the politics, and just looked at it as a fun-loving “love letter” to one of the most kick ass paintings of all time.”

Arrested Motion: Thanks for that Dave, and for those who liked this painting, he recently completed other homages to another great from the movement – Mark Ryden. Check the Led Zeppelin twist to the Ryden classic “Allegory of the Four Elements” and the Beatles twist to Ryden’s “Tree Eats Girl.”