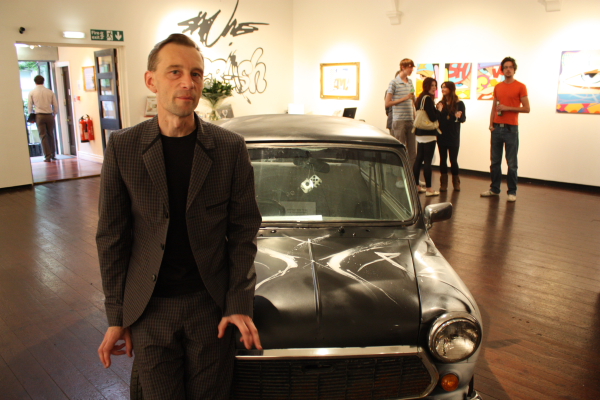 Last Thursday saw the opening of “Pop Crime” at Opus Art in Newcastle, featuring the work of Crash (aka John Matos) and SheOne. Crash is a legendary graffiti writer based in Bronx, NY that has been working on canvas since the early 80s and has been putting his mark on the sides of subway cars and NY streets since the original rise of graffiti in the late 1970s.

Remarkably, this is the first time that a body of work from Crash has been shown in the UK although we did catch his show at Joshua Liner Gallery recently in NY. The bold colours and graf/pop fusion of Crash’s pieces are the perfect ying to SheOne’s monochromatic mark-making yang.

Read on for more details, a time lapse video of SheOne’s installation and pictures from the opening 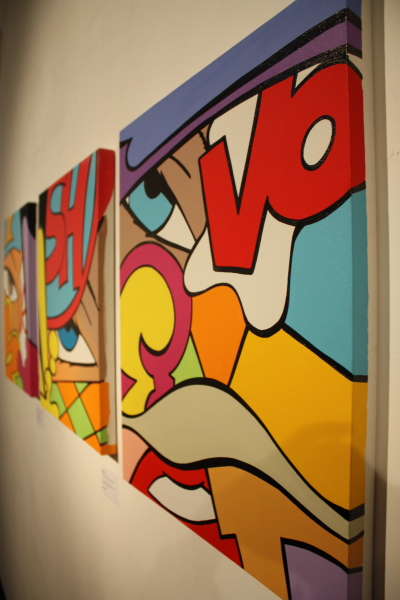 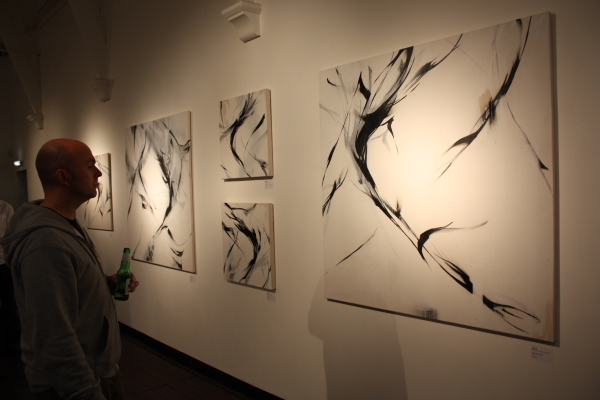 London based SheOne (James Choules) created a pretty special installation in the gallery the day before the show opened. Quite how they managed to fit an old skool mini in through the gallery doors baffled us, but they certainly squeezed it in with just millimetres to spare! 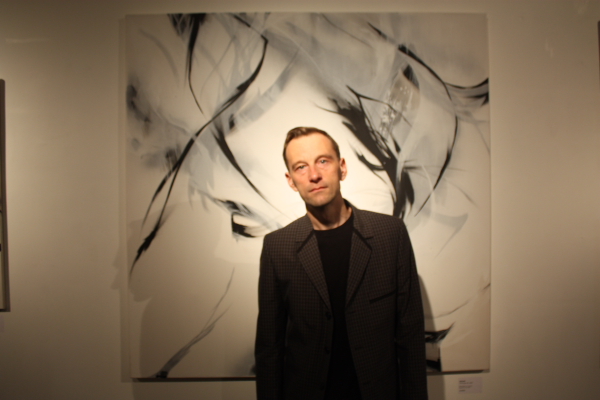 The painted car will be auctioned off for charity in the near future, timed around the closing of the show. Keep an eye on Opus Art as details unfold. Take a look at the cool time lapse video below that the gallery made of the mini being painted and the private view reception.

It gives a good window into the set up of the show, andÂ all the flurries of activity that contribute to getting the show ready, from the first people coming through the door for the opening right through to the lights being turned off at the end of the night…. You may even catch a glimpse of AM admiring the work! 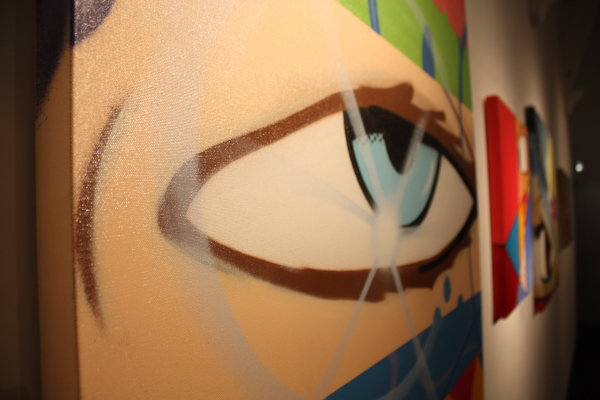 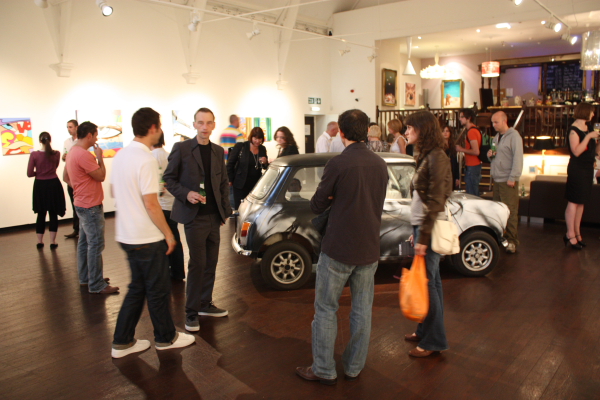 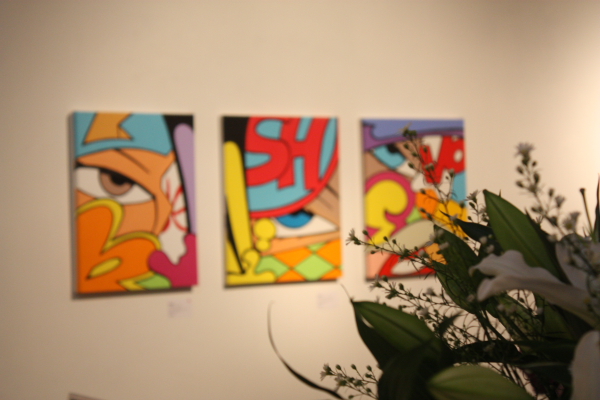 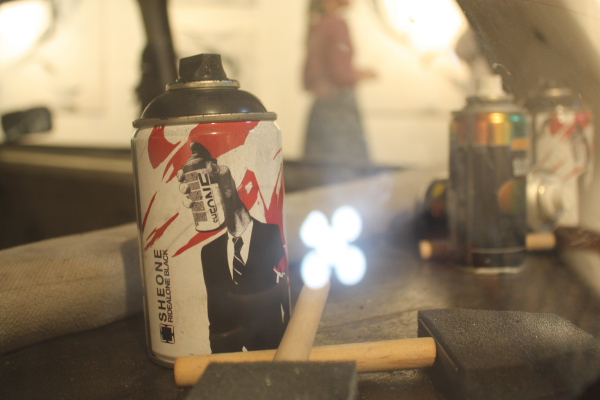 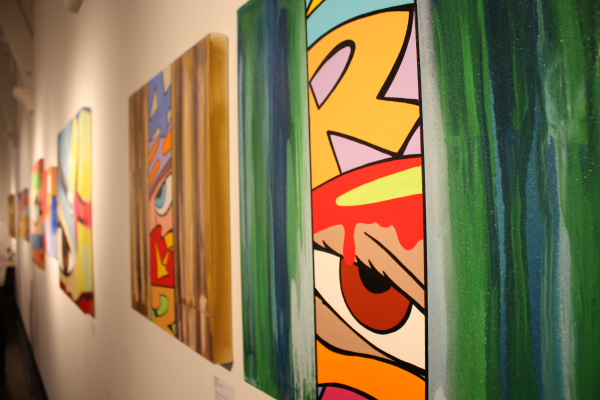