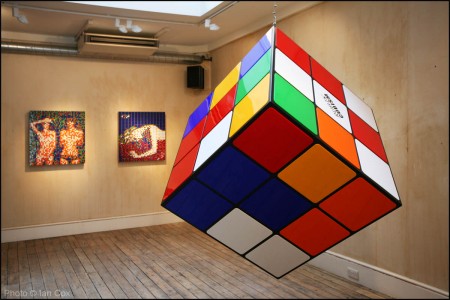 “Low Fidelity,” (previewed) the latest body of work from French urban artistÂ Invader, has taken over Lazarides – Rathbone Place. Featuring his “Rubikcubism” technique, an offshoot of his artistry with colored tiles, Invader utilizes the faces of the popular puzzle game as pixels in his images, which he utilizes to createÂ a new series of classic rock and roll album covers,Â Â sculptures, drawings and mosaics.

Invader takes things a step further in some of the works by adding a high-tech twist to his very low-tech pieces through theÂ integration of QR codes, which takes viewers to a predetermined URL when snapped utilizing a camera phone with decoding software, as he did for his last show at Jonathan LeVine. This awesome idea showcases the convergence of art and technology and serves as commentary about how important technology’s role has become in contemporary culture. It’s great to see that as the way we communicate continues to develop, that Invader’s methods of invasion continue to progress as well.

Check out all of this as well as the rest of the photos from the opening after the jump. 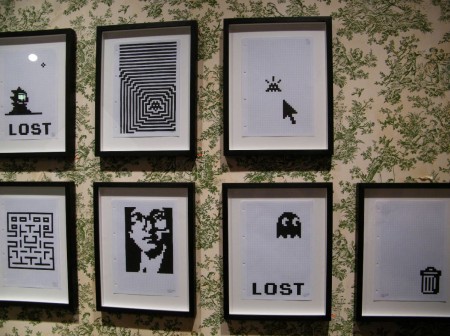 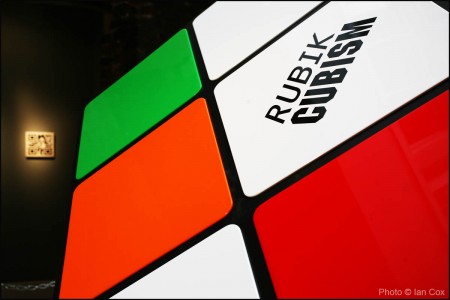 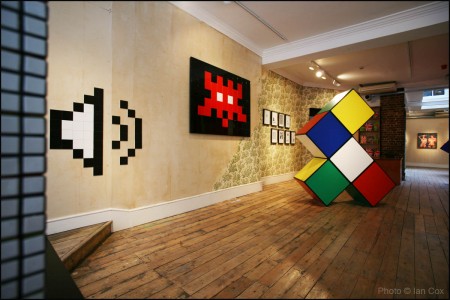 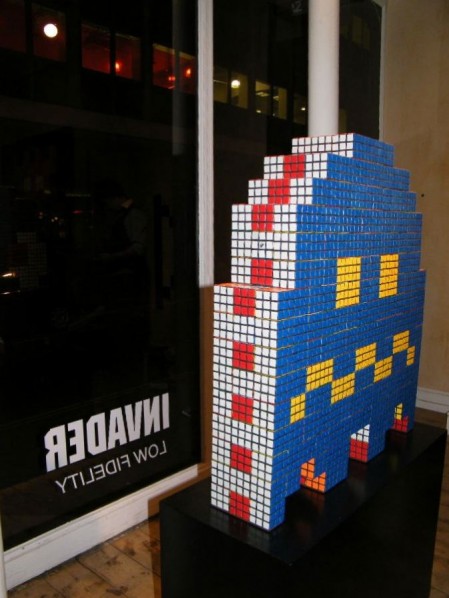 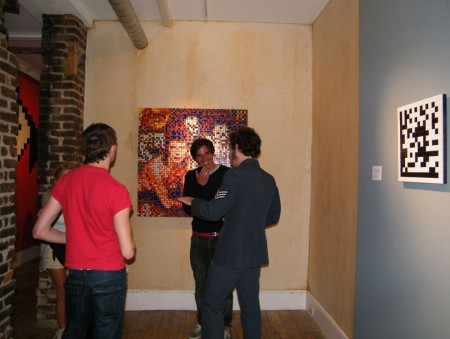 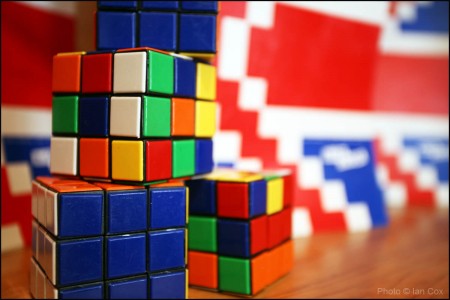