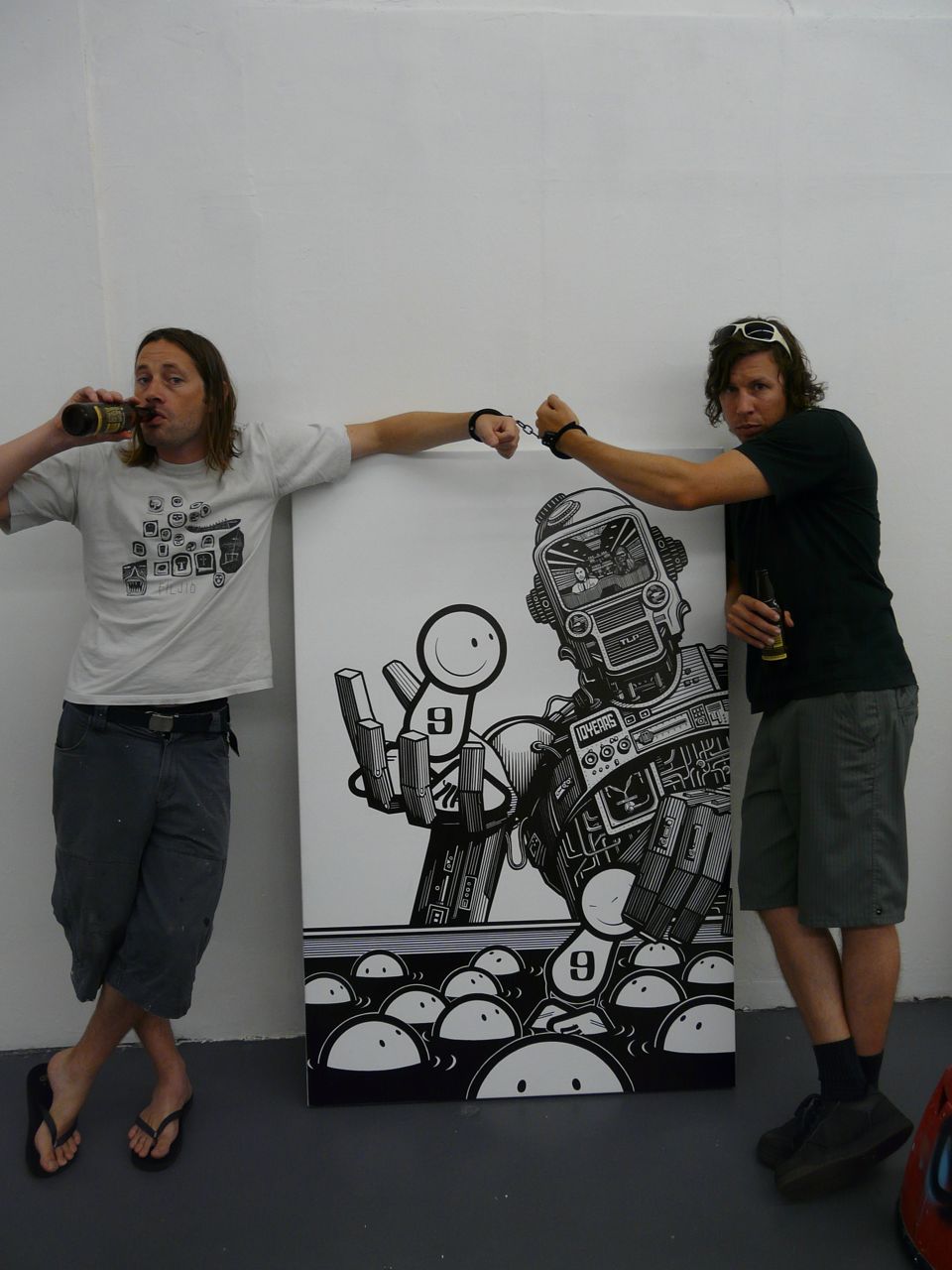 As you have seen in the video trailer we posted recently, The TLP (The London Police) show “Brothers in Arms” opening this Thursday looks to be an entertaining show. AM had the opportunity to stop by Carmichael Gallery last week to take a gander at what the dynamic duo were up to. We walked away impressed by their amazing linework (so perfect, it’s been mistaken for silkscreening) and more appreciative of the richer environments and growth of their work ever since Bob Gibson rejoined Chaz on the 10th year anniversary of the founding of the group.Â  They have already had several “anniversary” shows this year – NY, London (covered), and Amsterdam. 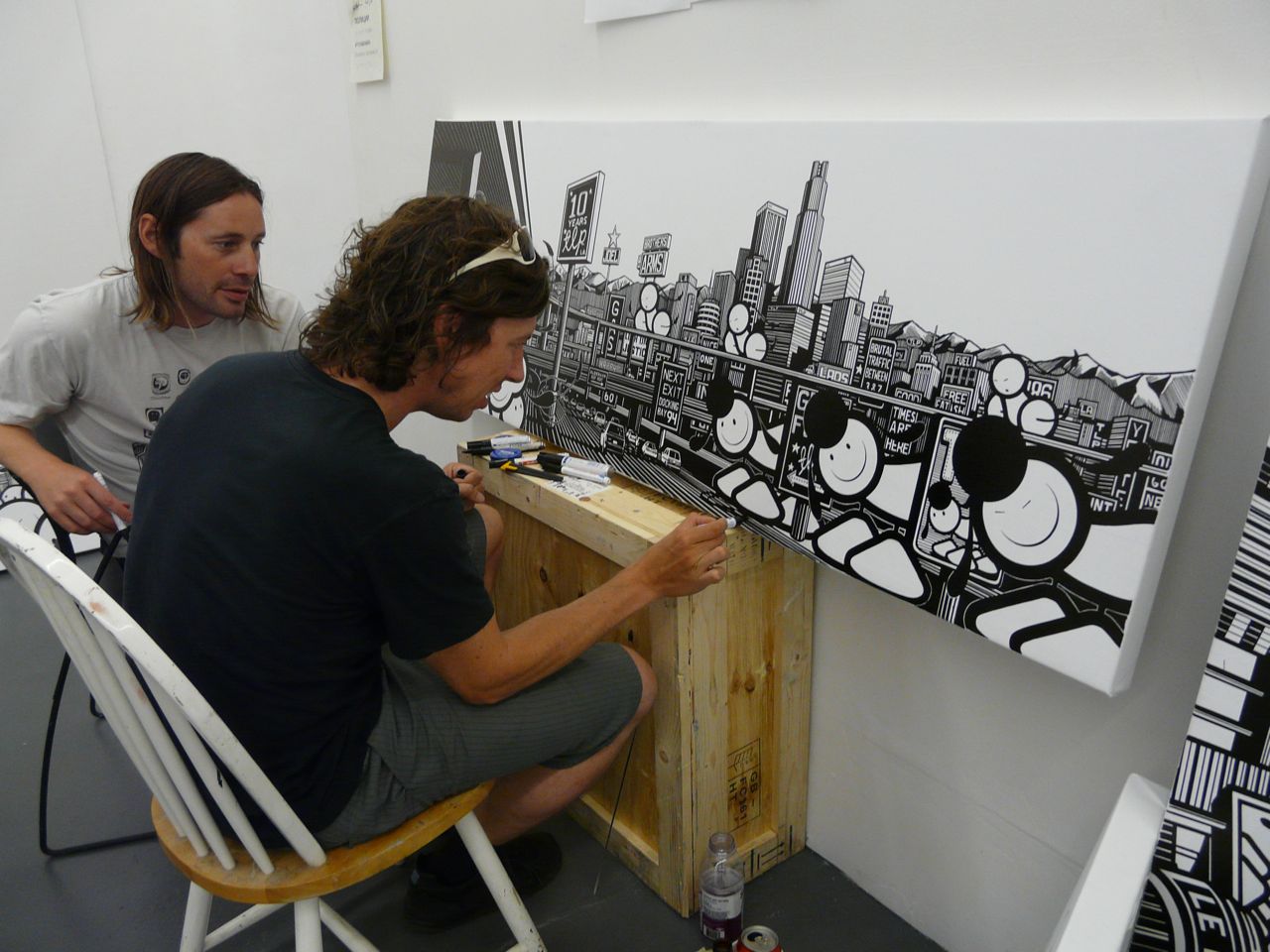 The level of detail and linework is pretty unbelievable despite what appear to be simple characters.Â  Their pieces almost looks like a print if you didn’t see them drawing it in front of your eyes.Â  Also, we learned that they used permanent markers to create their work and not paint.

Chaz creates most of the “Lads” characters in the architectural backgrounds that Bob draws.Â  They have incorporated many of the the landmarks and idiosyncrasies of the Los Angeles area into their body of work for this show like the “405” freeway sign seen below (modified for comedic effect). 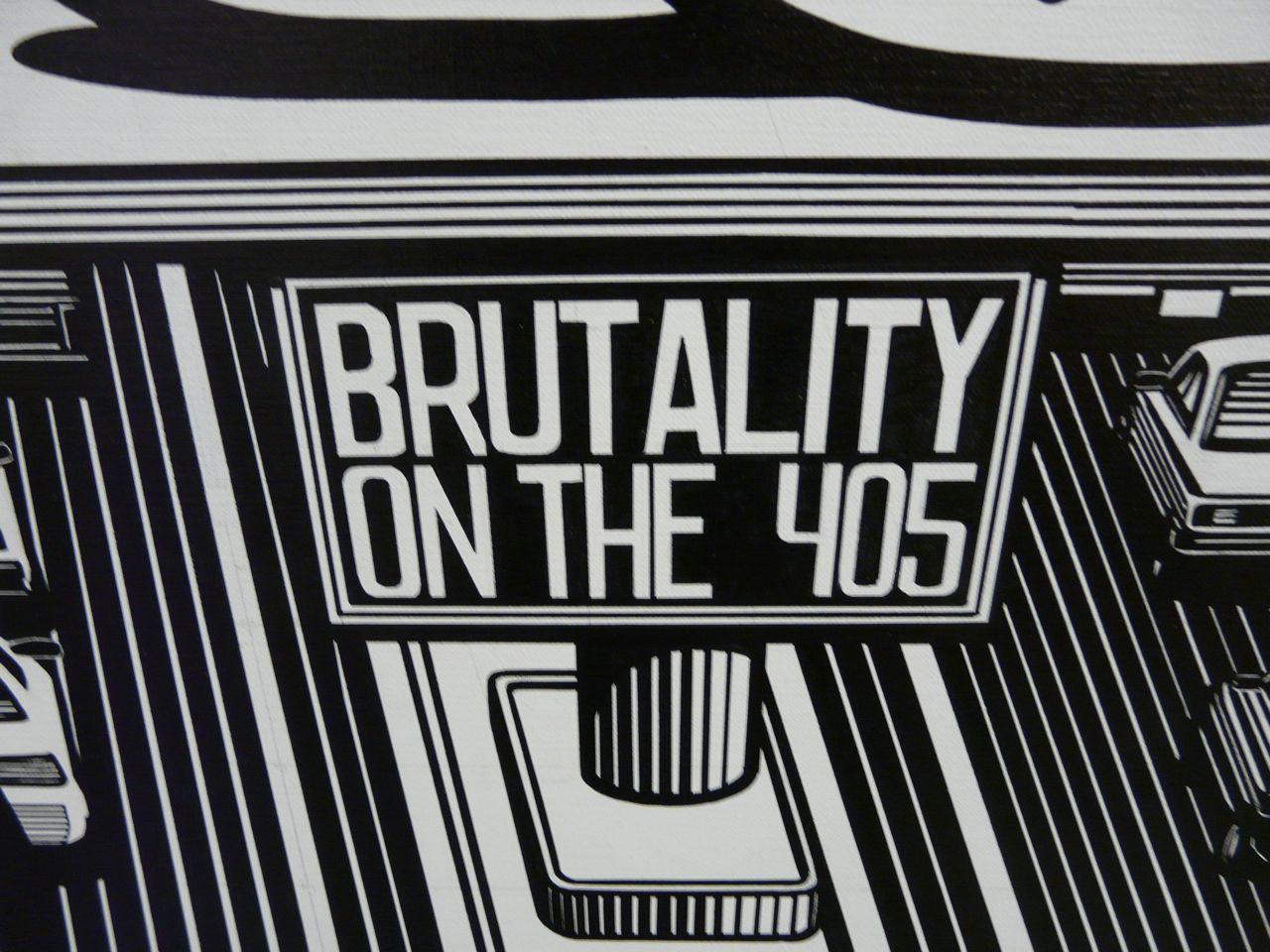 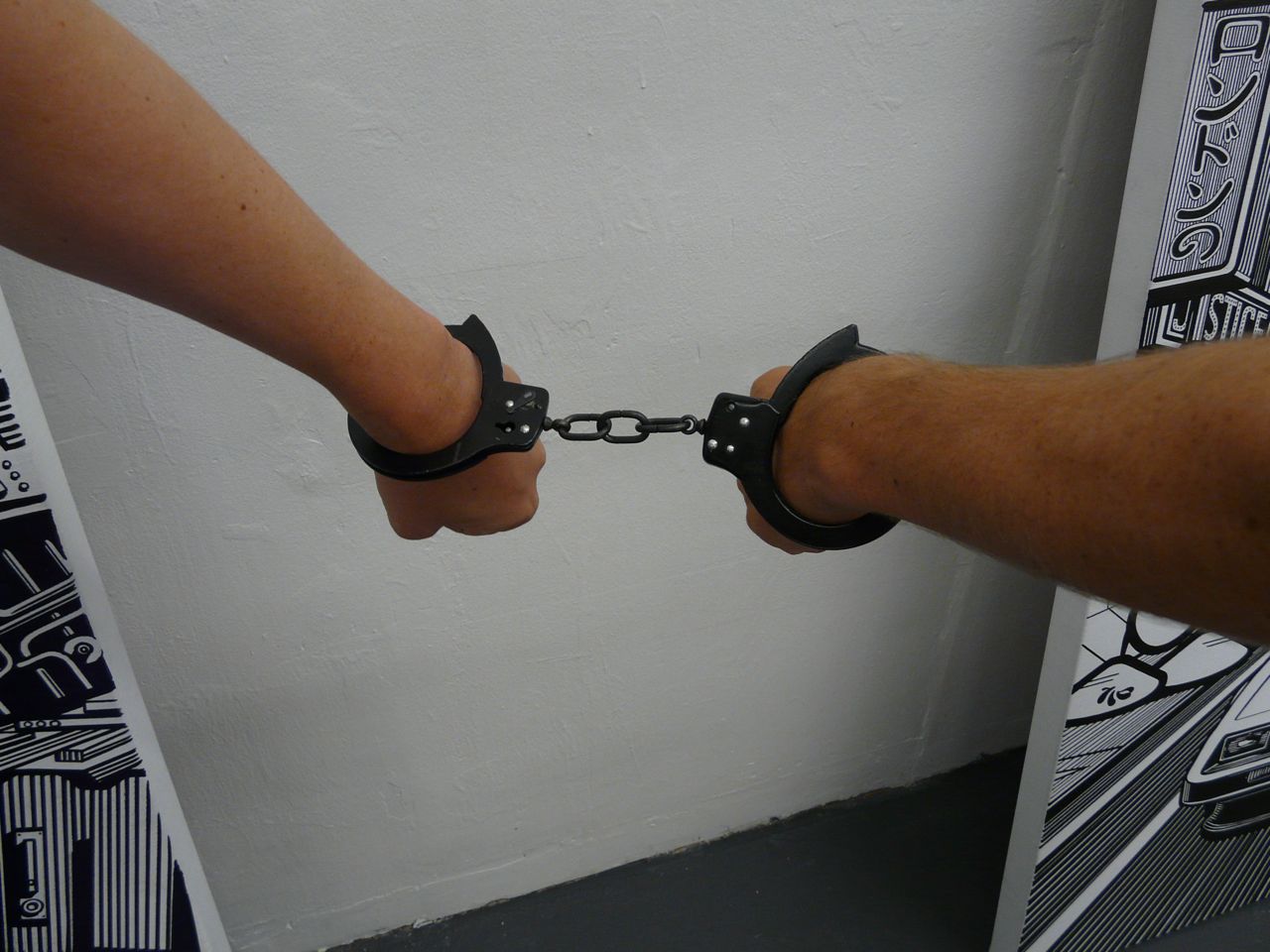 There will also be a short film showing at the opening documenting the days leading up to this show and all the shenanigans TLP get into being handcuffed together.Â  This is definitely a show not to be missed if you are in the area on Thursday night.Â  See you all there!