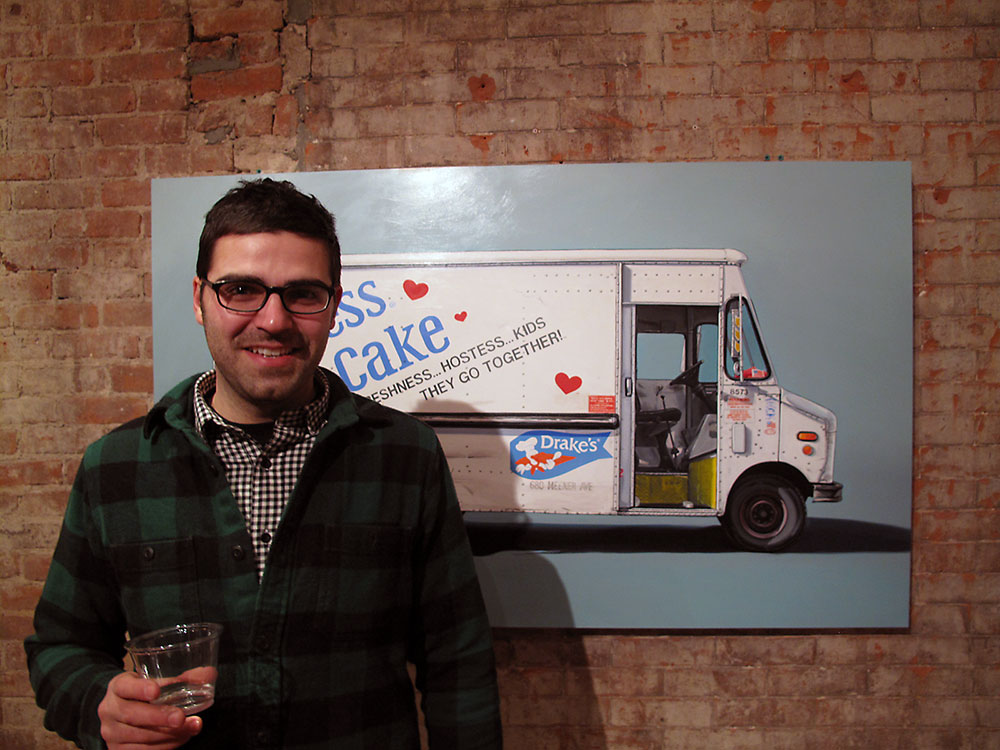 AM visited the Raandesk Gallery for the opening of a great show featuring two talented emerging artists, Kevin Cyr and Jason Bryant (previewed). Until recently, both worked as studio assistants for art star Kehinde Wiley, so it’s no surprise that they each have serious technical painting chops. Cyr, just selected as one of 10 winners of the 2010 West Prize, takes damaged and vandalized trucks and vans from the streets of NYC and depicts them realistically on a solid field of color – the isolation forcing viewers to really appreciate something that they most likely don’t notice in everyday life. Bryant beautifully renders cropped sections of classic black and white movie stills, and then incorporates classic 80’s skater branding and imagery for a striking juxtaposition. 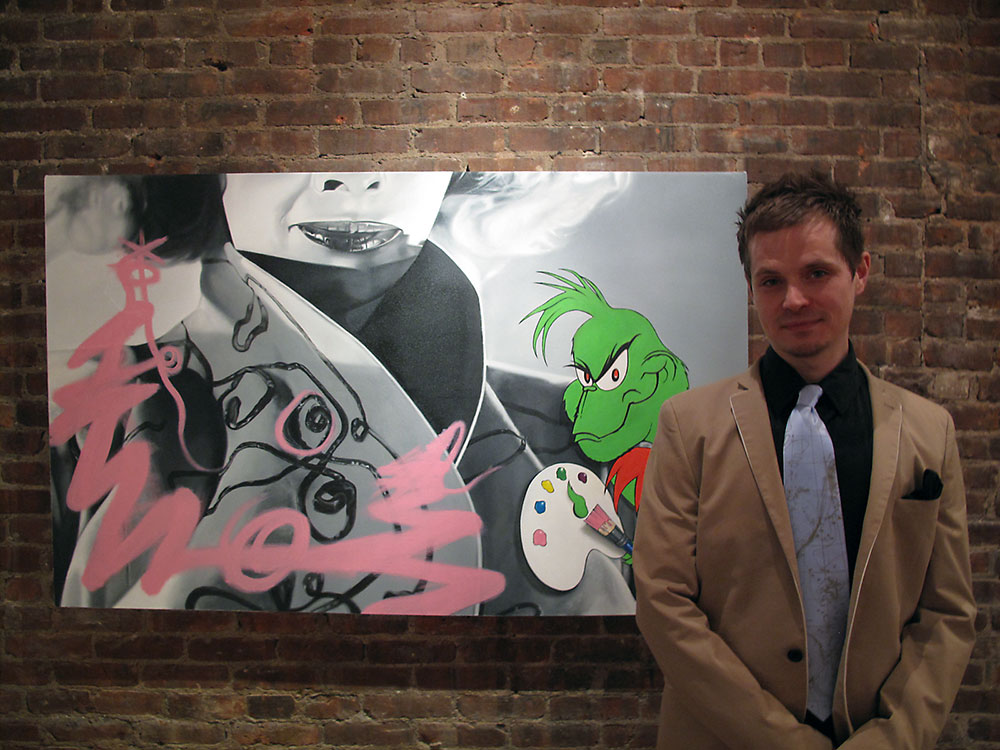 Take a look at more images from Cyr and Bryant, after the jump.