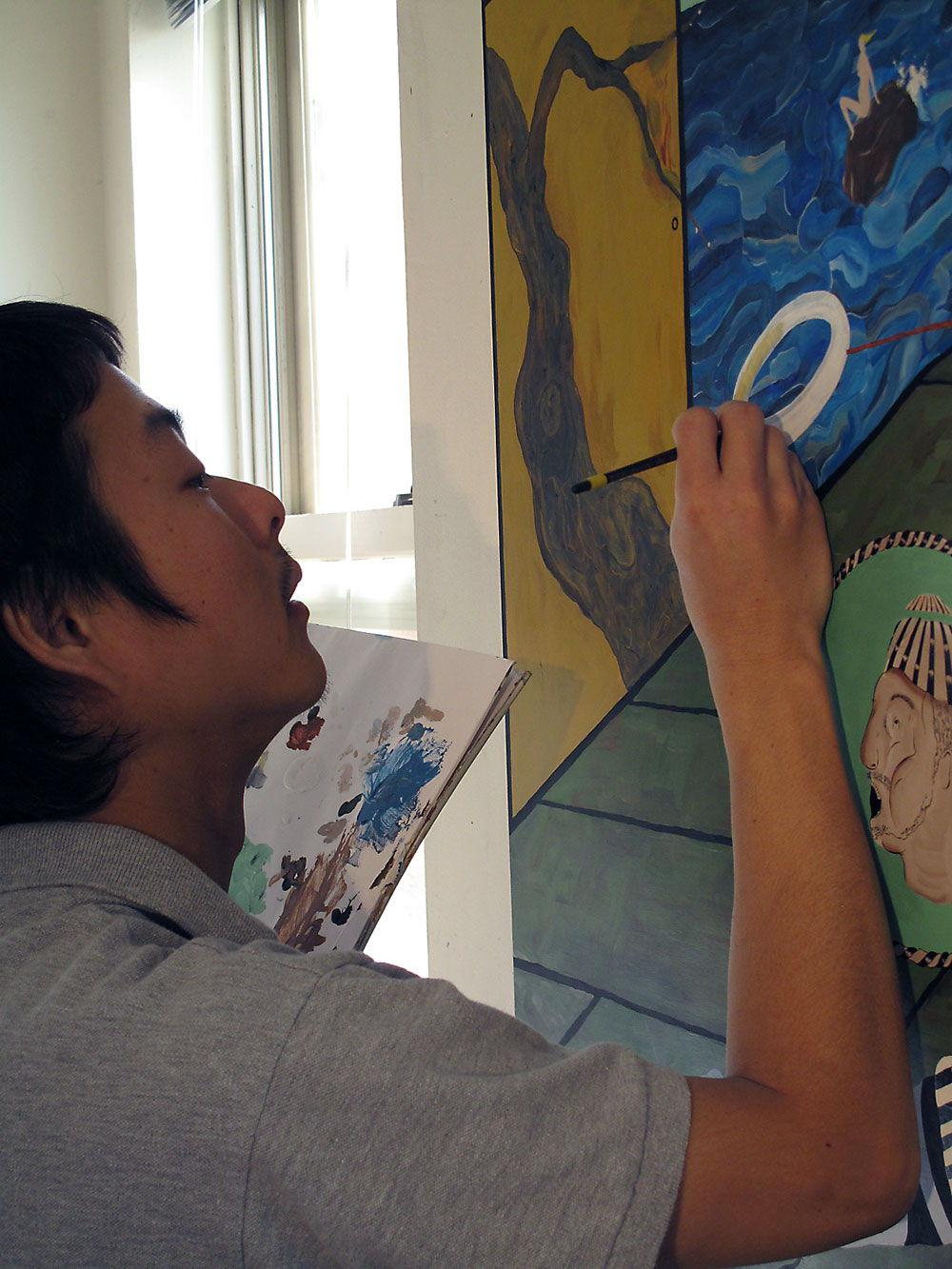 We recently stopped by Hiro Kurata’s studio in Greenpoint, Brooklyn, to get a sneak peak of what he’s been working on for his upcoming two-person show with Tat Ito (featured), entitled “From Kojiki To Modern Heroism,” which opens February 13 at Joshua Liner Gallery.

Kurata, who was born in Osaka, Japan, and raised in Tokyo and Chicago, has been based in NYC since studying illustration at Parsons in the mid-00s. Since then, he has shown steadily in Japan and the United States, most recently in group shows with Richard Heller in LA and David B. Smith in Denver. In his work, Kurata typically depicts baseball players or sumo wrestlers in competition or combat, as an allegory for the human struggle throughout life.

See more images from Kurata’s studio, after the jump. 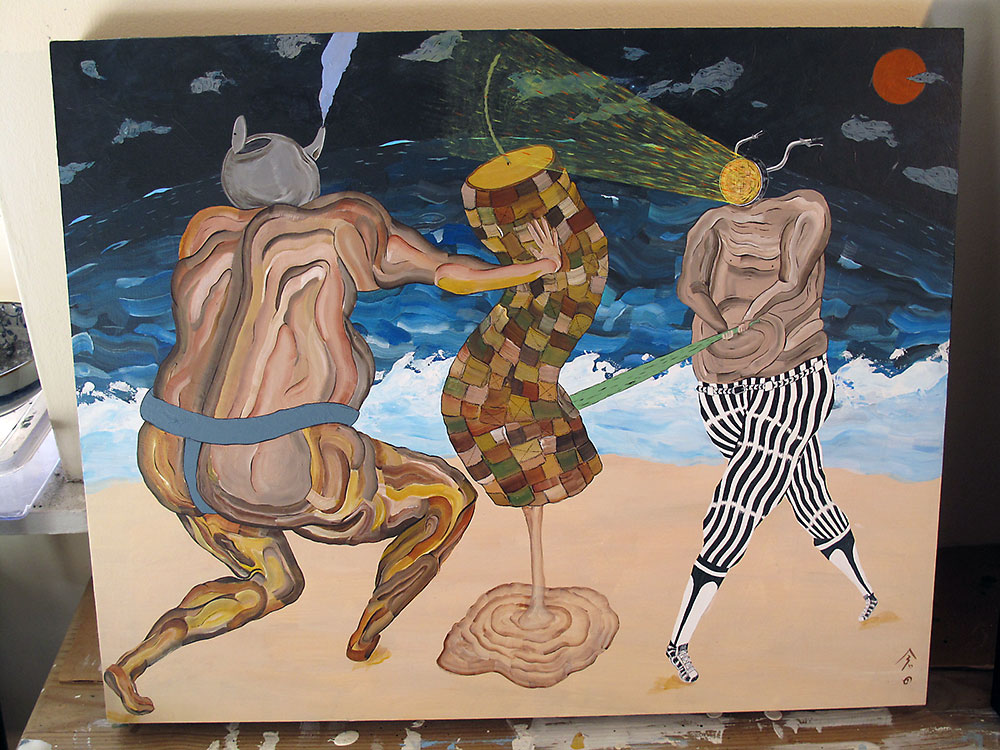 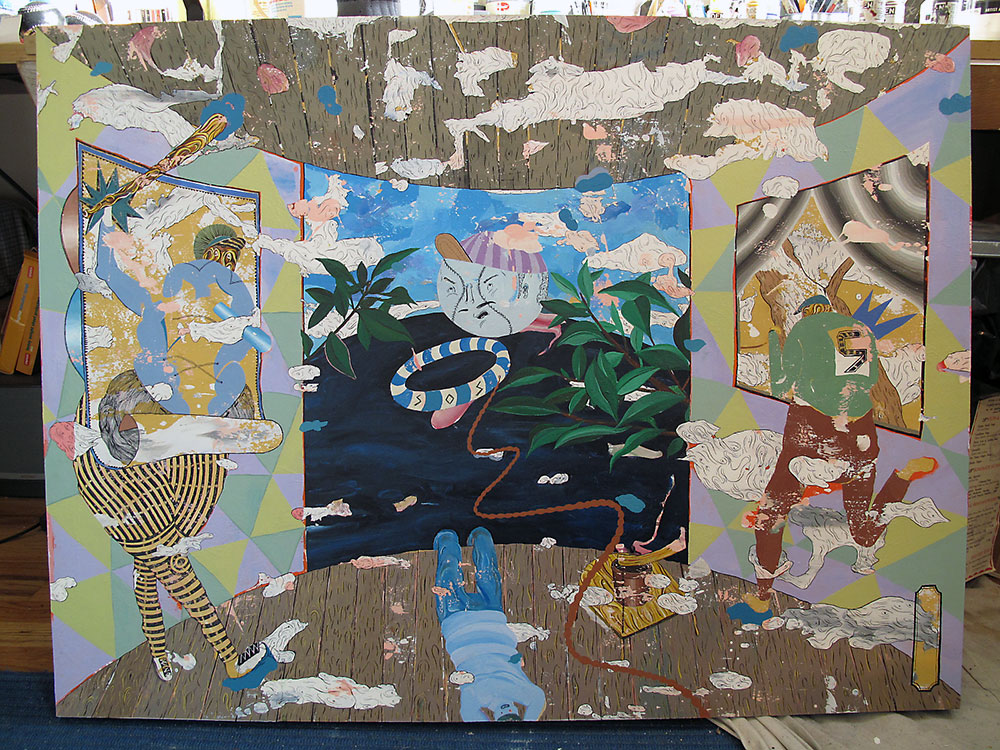 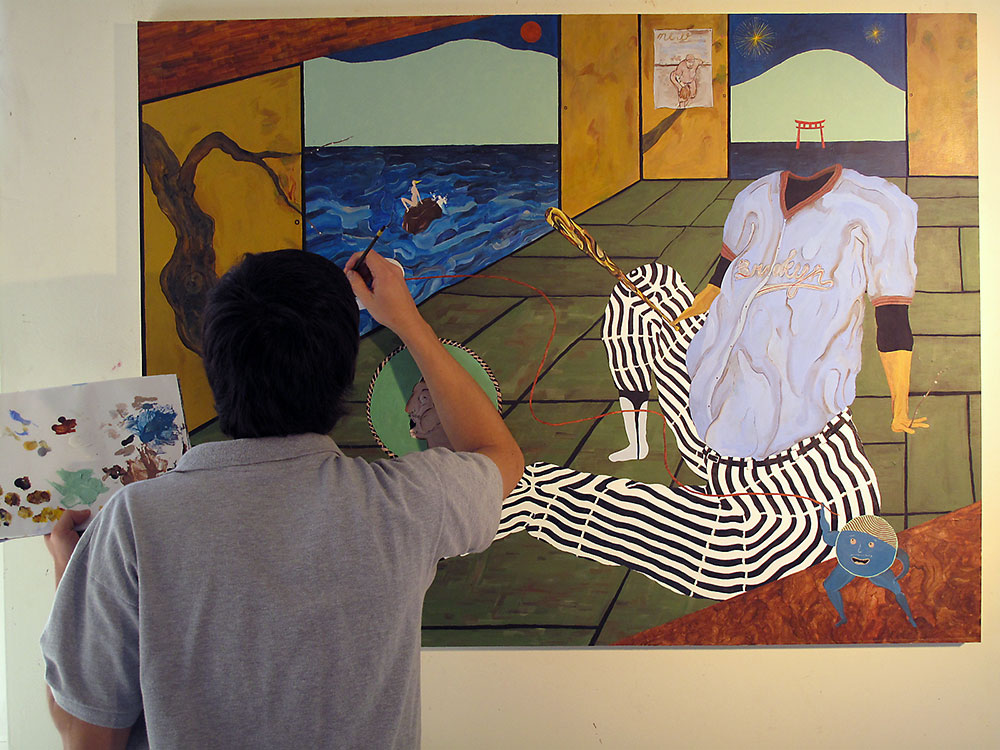