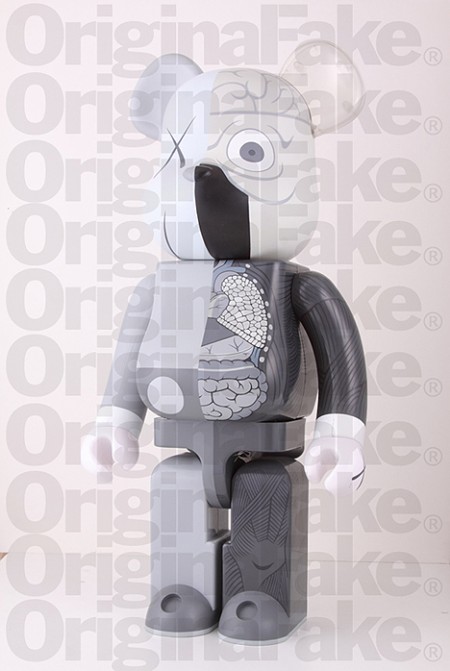 Just over a year after the release of the original Brown colorway (covered), KAWS collectors in Tokyo will get their crack at the Mono Dissected Bearbrick slated for release at Original Fake this coming Saturday, March 27th. Like all Bearbrick releases, the figure comes in three sizes: a 100% and 400% sold together as a set, as well as the giant 1000% version which measures in at just over 28″ in height. No information has yet surfaced regarding a kawsone release. But considering retailers outside of Tokyo have confirmed their shipments, an official kawsone release should be imminent. (Update: kawsone.com will be releasing the mono colorway online at noon (EST) today – 3/26. If you should miss it, Toy Qube also has them available to those who call.) Pending prices stay the same as the Brown version, the set should sell for $102 with the 1000% being priced at $280. Keep your eyes peeled to kawsone or your local OF retailer in the near future for those Stateside collectors interested in adding the grayscale goodness to the collection.