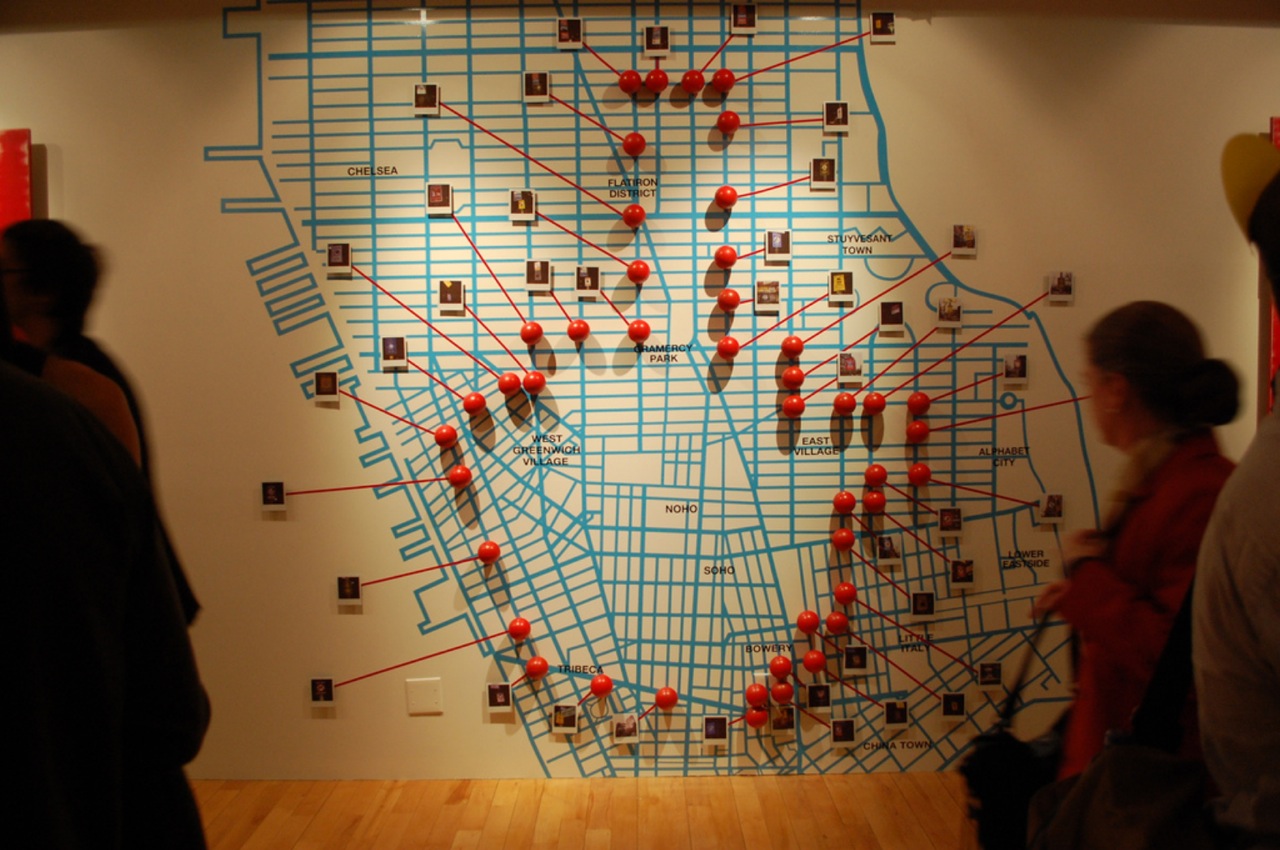 Trustocorp’s debut show, “An Overt Display of Mischief and Mayhem” (previewed) opened on Thursday night at the Brooklyn Brothers Gallery to an enthusiastic crowd. The response was no doubt related to the collective’s recent street sign posting spree throughout the country, with the map seen above specifically marking the locations New York forming the shape of an overtly raised middle finger. The exhibition also featured the specially branded products that have been inserted surreptitiously onto store shelves, the custom street signs, as well as a shooting gallery for attendees take aim at for special prizes.