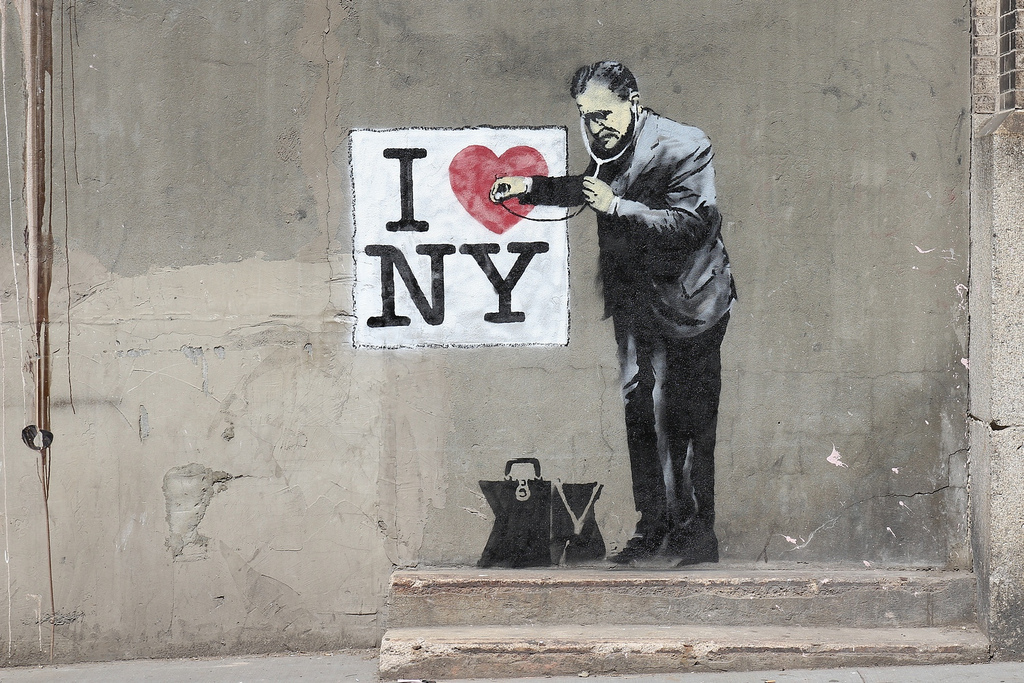 After a whirlwind tour (summarized here) of North America to promote his film, Banksy has finally reached the one city that has been conspicuously missing from his itinerary – New York, the so-called birthplace of modern graffiti. Strange that the visit does not coincide with the actual movie premiere in NY several weeks ago, but with two stencils that have been discovered so far, there are bound to be more so stay tuned. The one above is a clever variant of the piece Mr. B did in SF.

Another stencil after the jump… 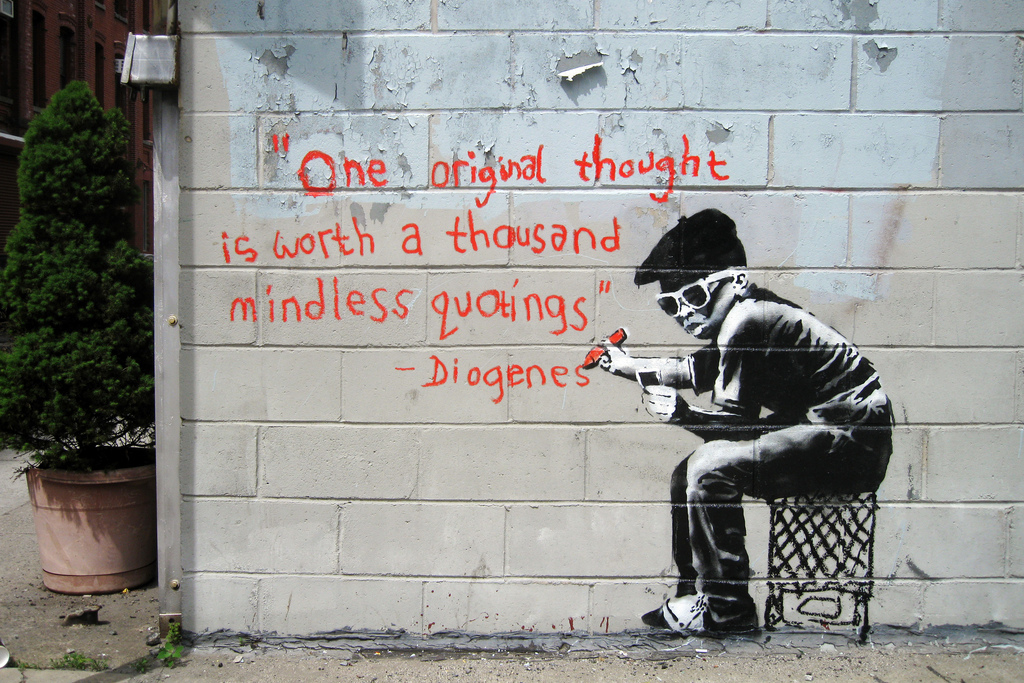 Via Jake Dobkin and Bawol thru the Banksy Forum.
Discuss Banksy here.