Ever since Jeffrey Deitch made the announcement that he was leaving New York City and the commercial art world behind to become Director of MOCA on the other side of the country, speculation and rumors have abounded concerning the legacy he’s leaving behind and the aftermath of his gallery, Deitch Projects. How was the void that was going to be created by his departure be replaced?

Today, the answer was announced. According to an article by the Wall Street Journal, that hole is going to be attempted to be filled by – The Hole, a gallery run by former directors at Deitch Projects – Kathy Grayson and Meghan Coleman. It is scheduled to open June 26, with a group show consisting of at least nine artists from the Deitch roster. Future planned projects include a solo show by Mat Brinkman and an installation by Kenny Scharf.

The mourning period after the closing of Deitch Projects was brief.  With today’s announcement, excitement is back in the air for fans of cutting-edge art. 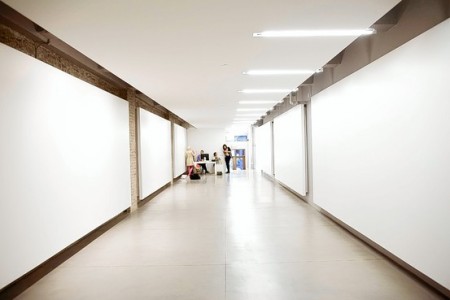 Watch these walls. Image via WSJ.com - ©Brian Harkin for The Wall Street Journal