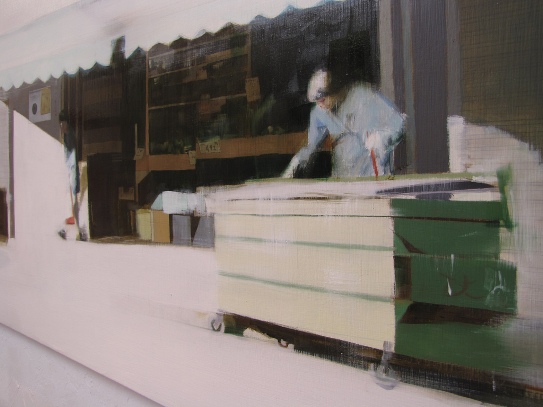 Brett Amory is an artist living and working in San Francisco. Amory graduated from the Academy of Arts in 2005 and has been showing his work all over the country since graduating. Amory first made his mark with the release of “Convergence”, a book that came out in 2006 that he put out with some friends whose names you may recognize (Mars-1, David Choong Lee, Damon Soule, Oliver Vernon, and Nome Edona).

We sat down with him for an interview ahead of his show opening this Friday, June 11th at Thinkspace Gallery. Questions and answers after the jump… 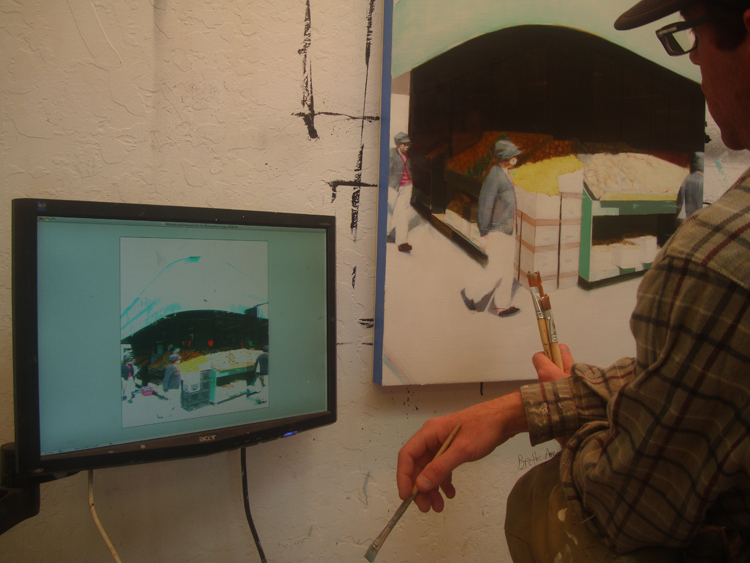 Arrested Motion: You mentioned the works in ‘The Waiting’ series were inspired by your own travels on SF’s BART (Bay Area Rapid Transit) system and noticing the disconnect that people go into while waiting… care to elaborate on that a bit?

Brett Amory (BA): I started the ‘Waiting’ series in 2000. I was working in Emeryville and living in San Francisco so I was commuting via Bart. I became really interested in how people looked in the morning especially on Monday after the weekend. I noticed how everyone seemed to be somewhere else, not at all in the present. I also started noticing a disconnect. The Bart would be packed shoulder to shoulder but there would be no communication and minimal eye contact. Back then, the series was all about Bart and I was taking a more traditional approach to painting. It was more paint what I see or what the photograph detailed. I stopped the series in 2003 and experimented with a few different types of mediums and styles of painting.

I came back to the series in 2007, but the idea of waiting changed. The people ceased to be exclusively travelers, and I began to emphasize figures selected from anonymous snapshots of city streets. I started pairing down the image to key elements of the compositions to provide an outward echo of the inner states of the figures. Although the experience of waiting is still there, the perception of it has changed from one of mundane task to one leavened with transcendence. 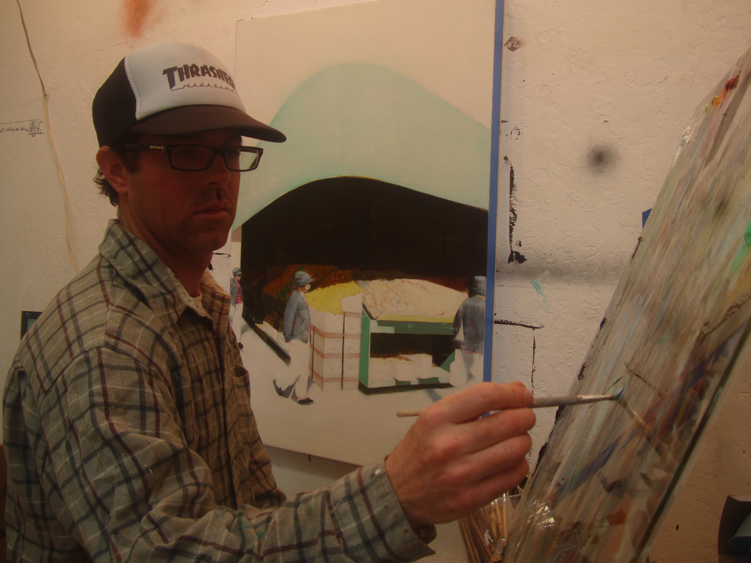 AM: What/who do you consider your biggest overall influence?

BA: My biggest influence would have to be my surroundings. My work evolves around where I’m living. Taking public transit was a big influence when I started the “Waiting” series, then it evolved into people and places in my neighborhood. I lived in the Tenderloin district in San Francisco for 11 years so I painted people in my neighborhood – people I would see on a daily basis but never talk to. I moved to West Oakland in 2009 so my work is slowly changing. Oakland feels older and it reminds me of the East Coast. Most of the architecture is more run down compared to San Francisco. There is a different mood in Oakland.

AM: What’s your favorite color and why do you feel it is?

BA: That’s a hard question. It’s like asking a writer what his favorite word is. I generally lean more towards a high key palate. I like light pastel and neutral colors a lot. I probably use radiant, severs, and cerulean blue the most. There is always a touch of those three colors in most of my paintings. 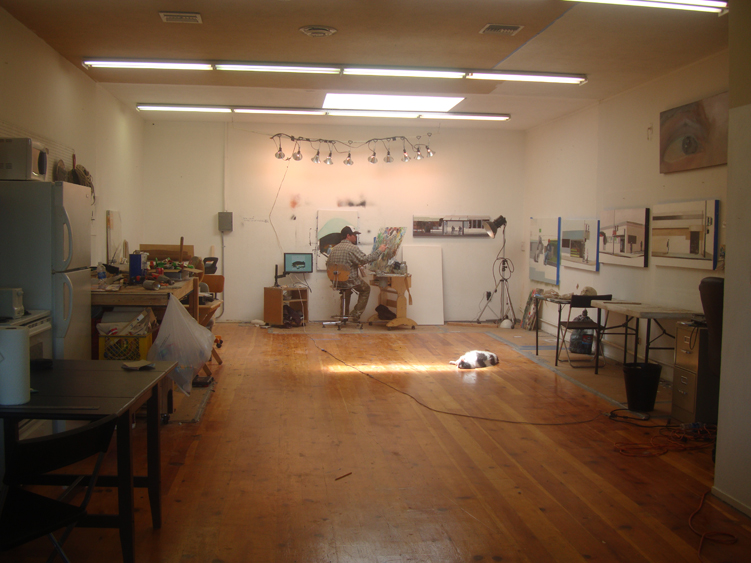 AM: You’ve mentioned to me your desire to explore the video medium more and are currently putting together a series of videos based on ‘The Waiting’ series. Where do you see this project going?

BA: I have always been interested in film. I want to illustrate waiting through video. My intention is to amalgamate the video instillation with my paintings. I just started so the idea is still in development.

AM: How much does music play into the creation of your artwork? Current favorite to create to?

BA: I’m a little manic when it comes to music while I paint. I’m constantly switching my play list based on my mood and what I’m working on. Lately I’ve been listening to OCDJ, Boards of Canada, Mouse on Mars, Matmos, Sonic Youth, Zu, Slayer, Black Flag and True Widow.

AM: What’s your favorite thing about living in the SF bay area?

BA: I’ve been here for 13 years so I consider it home. I have so many great friends here and I love how close everything is and how easy it is to get around. It is starting to feel a little too small but I still love it.

AM: If you had an unlimited budget and time was not an issue, what grand artistic vision would you look to bring to life?

BA: It would be nice to have the freedom to do art without the pressure of selling it. I want to get more into installation. I would love to be able to travel and have shows where you walk into a one of my paintings.

AM: What have you got coming up in terms of shows after your solo show at Thinkspace Gallery?

BA: I will be in a group show at Fabric 8 in August and I have a solo at Sandra Lee Gallery in October.

AM: Thanks Brett and good luck with the show.