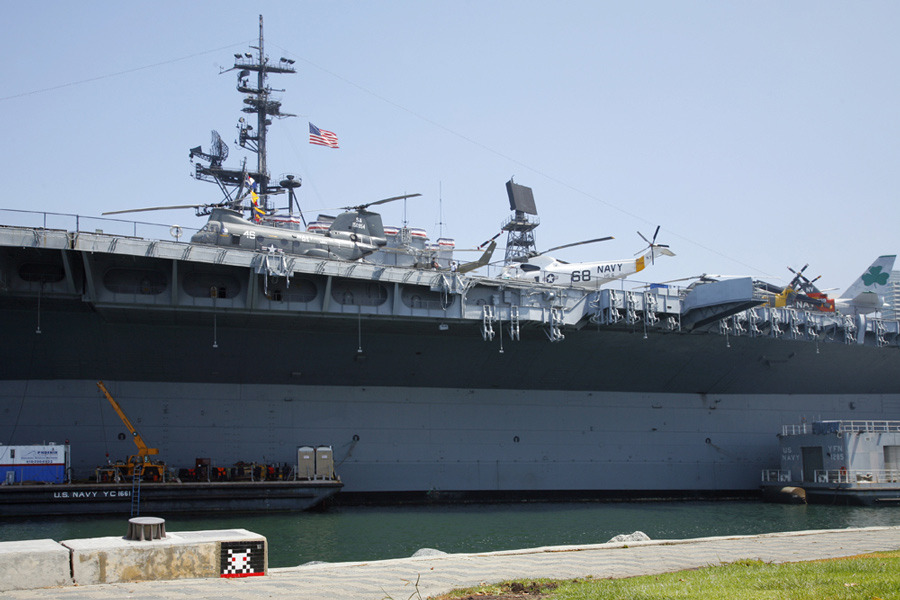 As we have reported, the “Viva la Revolución : A Dialogue with the Urban Landscape” group show is fast approaching. While Barry McGee et al. were leaving their controversial mark in San Diego, Invader has been quietly getting up around town with his signature tile work, even getting close to the Navy ships stationed there it seems. There is method to his madness though as you will see in the video trailer after the jump; his path of street work forms a huge invader piece seen from the sky reminiscent of the GPS work of Jun Nguyen-Hatsushiba.

More pics after the jump as well…

Thanks to Vandalog for the tip off.
Discuss the MCASD show here. Discuss Invader here.