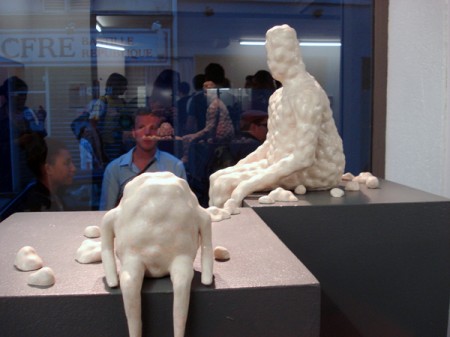 Last Saturday in Paris, a special show from Brendan Monroe (interviewed) and Evah Fan opened at Galerie L.J. The American duo each brought separate bodies of work entitled “Figments” and “Come What May” respectively and both included paintings as well as sculptural works.

As Brendan mentioned in our preview for his show, he has included some painted landscapes for the characters and faces that reappear in his work and we think these turned out incredibly well. When looking at these organic mountains and plains, the viewer is transported into the world where the creatures we have become familiar with would naturally live and exist. As you can see above, Brendan also created some ceramic sculptures for the show.

As for Evah, her “stream of consciousness” body of work delighted with her minimalistic leanings as well as her often humorous paintings. Never sure what to expect in each piece, the viewer is lead to scan each one carefully looking for new surprises. She also brought along some sculptures as well. Take a look at Evah’s work and the rest of the opening pics after the jump… 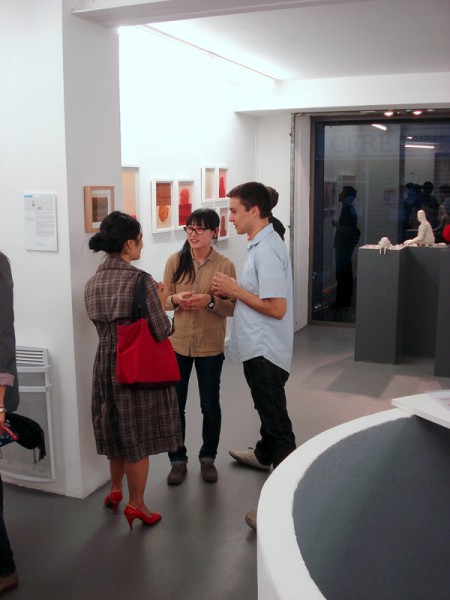 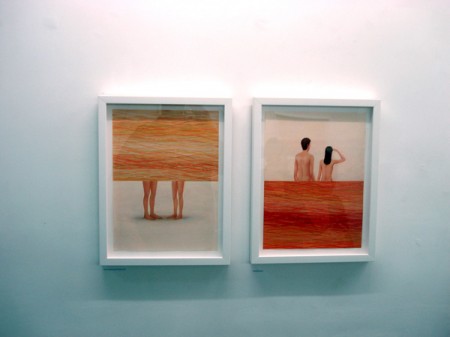 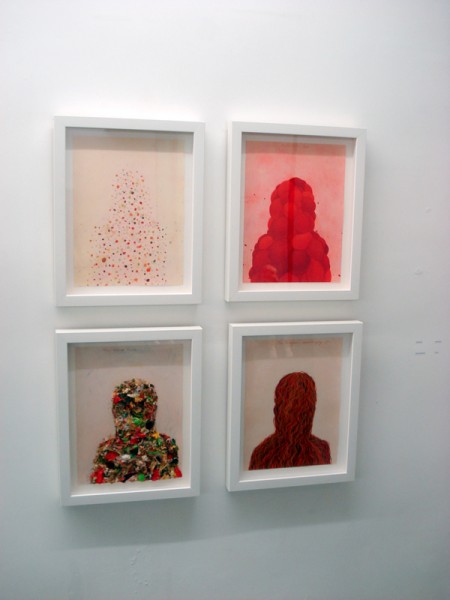 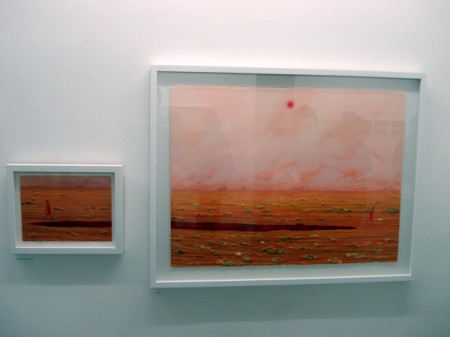 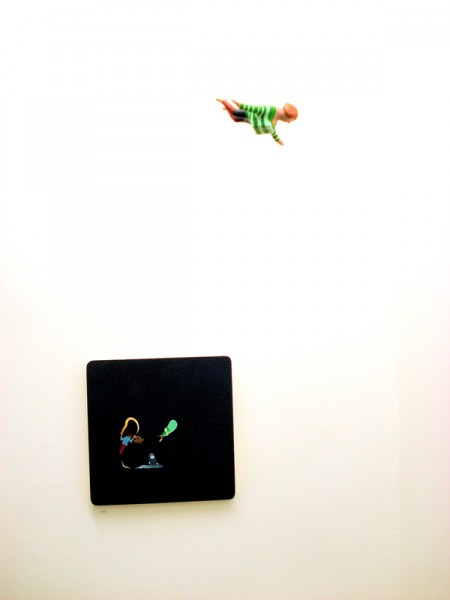 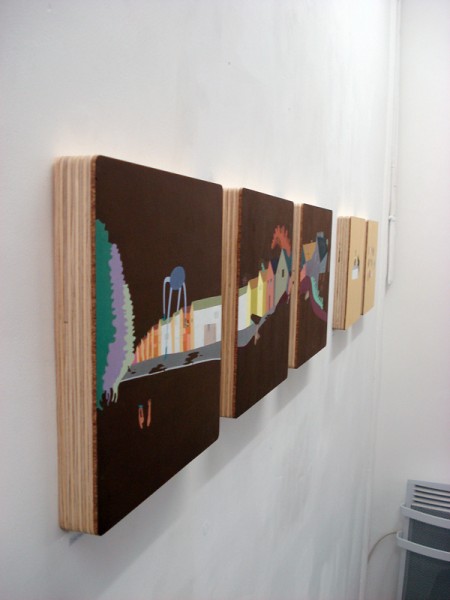 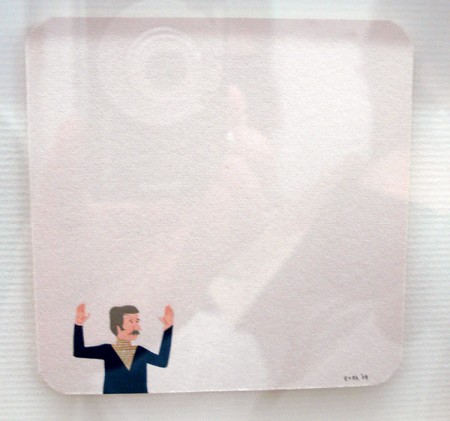 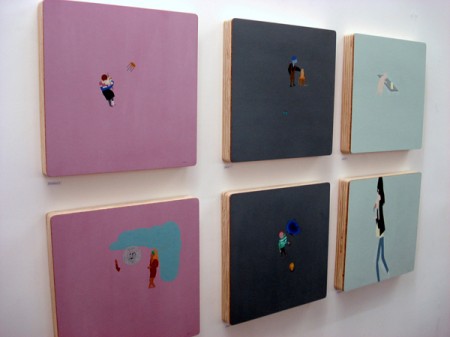