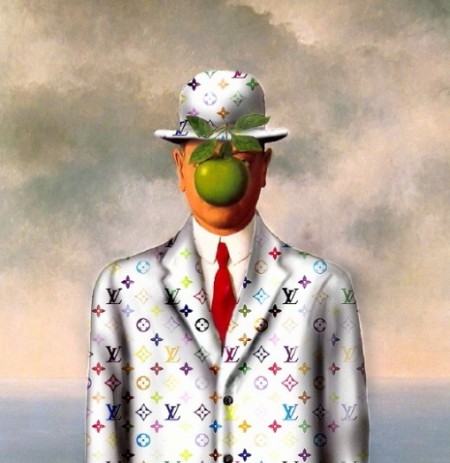 Closing this weekend in West Hollywood is Jason Alper’s second exhibit in Los Angeles, entitled Proletarian Drift and the Enfranchisement of the Bourgeoisie in the 21st Century. Piggybacking on the stylistic format first introduced during his premier solo earlier this year (covered), the conceptual co-mastermind behind all of Sasha Baron Cohen’s infamous films has taken it upon himself to humorously provide a high fashion makeover to the characters in such iconic works as Da Vinci’s Mona Lisa and The Last Supper, as well as Rene Magritte’s The Son of Man. Reappropriating the Louis Vuitton monogram in contemporary artwork isn’t necessarily anything new, nor is the remixing of classic works by the masters, even if this is a fresh take on both concepts. 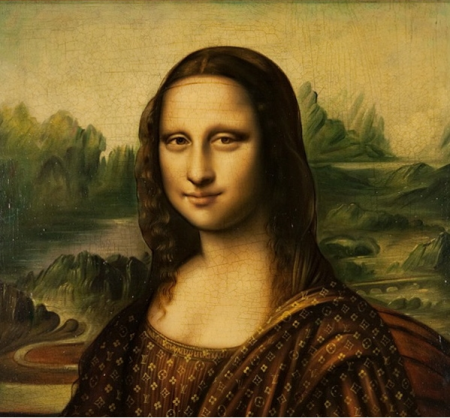 As Alper conveys, perhaps it doesn’t matter. “It’s quite simple. The art world has forgotten about humor and irony. Shouldn’t all of this be fun? I’m simply trying to make people smile when they see my work.” And so, with tongue deliberately implanted in cheek, along with an apparent strong command of the paintbrush, Alper has attempted to lighten the seriousness often inherent in the art world by giving a modern twist to the famous muses of yesteryear. Here’s a recap of the intriguing collection of new oil paintings.