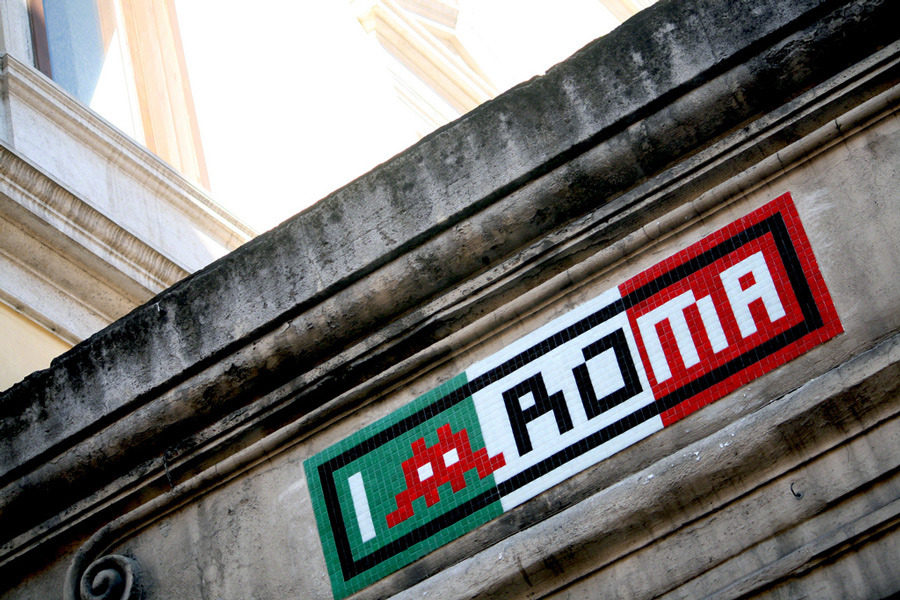 French street art phenom Invader has trained his sights on his next target, quietly mobilizing a army of alien assassins poised to attack neighboring Italy with his first solo in over a year. Opening October 23rd at Wunderkammern, Roma 2010 & Other Curiosities will in part continue the artist’s self-ascribed “RubikCubism”, an inventive re-purposing of the definitive hand-held puzzle toy that first manifested itself during his tribute to classic album cover art in NYC (covered) and saw further rearrangements with last years UK solo (covered). The exhibit will also see a return to what first put the artist on the map, showing an arsenal of Invader’s patented glass tile mosaics inspired by the iconic 8-bit arcade game, Space Invaders. Much like previous shows, a limited edition (60 copies) hand made mosaic covered “Invasion Guide”, detailing the locations of his Street Invaders, will be available from the gallery. For those in and around Rome, the exhibit – as well as the buildings in the city – are worth keeping your eyes on. 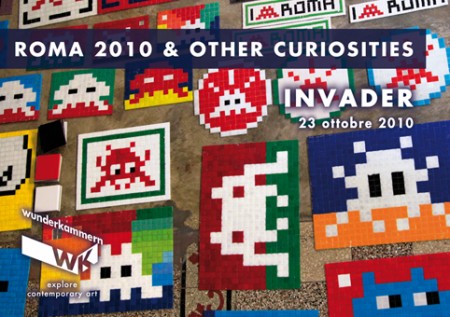