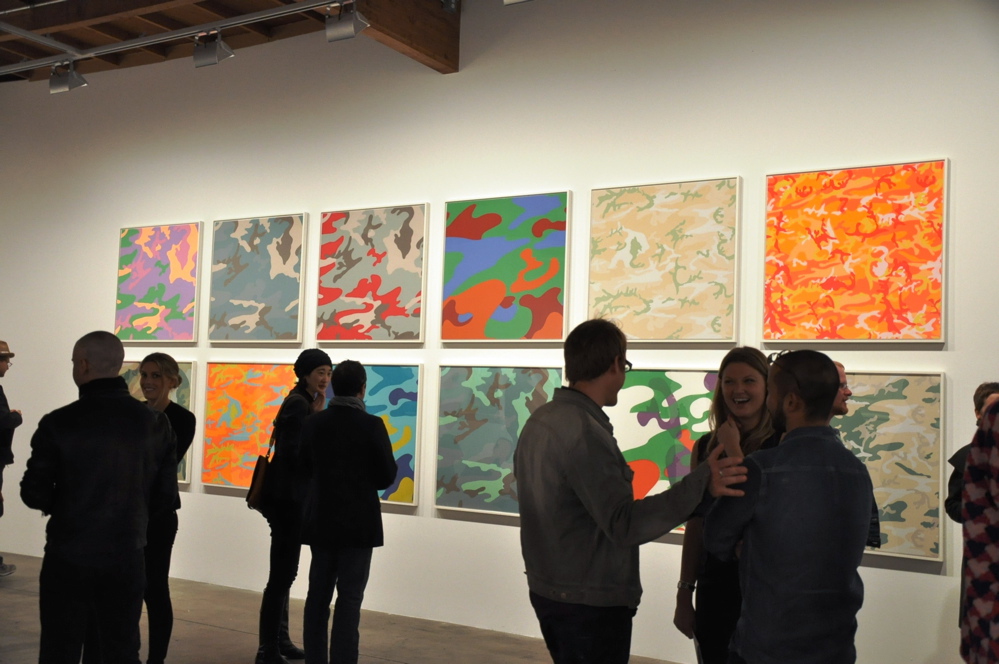 As is the case with any late artist who broke serious creative ground, they will forever live on through their art. Often, the true genius of their work isn’t fully recognized until well after their passing. And while Andy Warhol was unquestionably an icon during his day, Camouflage (previewed), which opened at Honor Fraser this weekend, illustrates just how ahead of his time he really was. The impact has become even more profound in recent years, with fluorescent camo prints having become a ubiquitous design recycled endlessly by modern labels.

This body of work, one of the last comprehensive collections produced by the artist, effectively slipped through the cracks for many years after the artist’s death before eventually seeing the light of day. Now, on display in all it’s colorful glory, spectators are able to experience the full range of the series, with unique canvases and editioned screenprints displayed alongside black and white test proofs all united for the first time since they were created in the late 80’s. Generously on display through February 2011, LA residents have the luxury of witnessing first hand the visionary work of Warhol and the indelible influence it continues to have on the celebrity culture that surrounds them.

More opening photos after the jump. 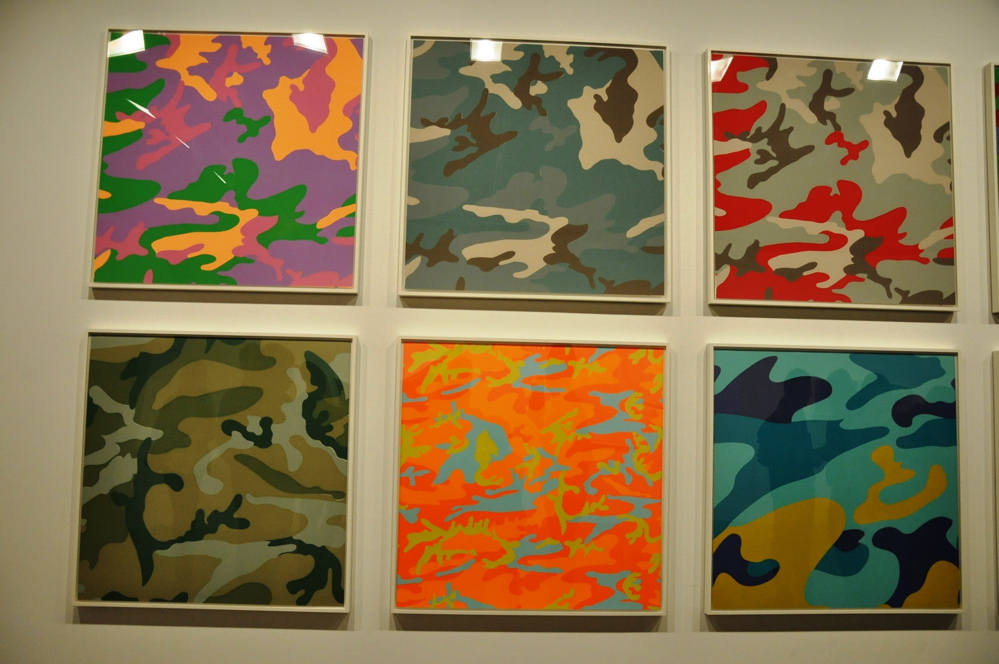