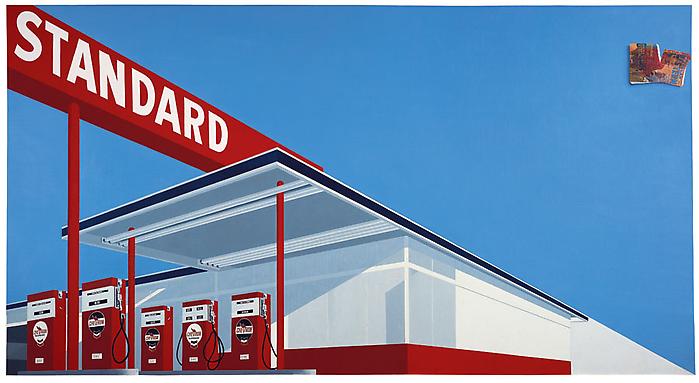 Standard Station with Ten-Cent Western Being Torn in Half, 1964 - Image via the Gagosian

Ever since his first road trip (Oklahoma City to Los Angeles) in 1956, Ed Ruscha has been inspired to create work from images he has encountered on the roads of western United States including his famed “Standard Stations” and the “Hollywood Signs” paintings. “Ed Ruscha: Road Tested” at the Modern Art Museum of Fort Worth (on view January 23 – April 17, 2011) will retrospectively consist of approximately 75 works and will include key images based on Ruscha’s love for car culture and travel.