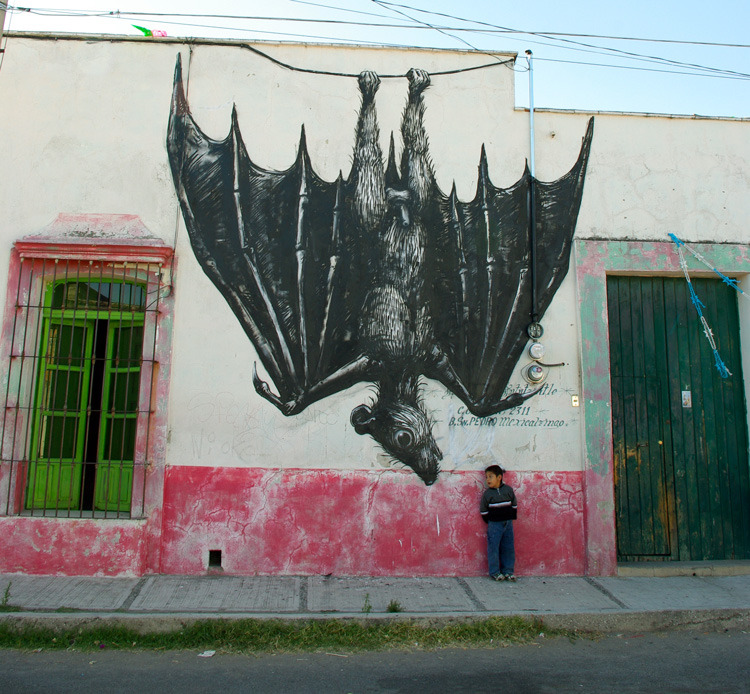 One of the hardest working street artists in the game, ROA recently made a special trip to Mexico where he took time to throw up a bunch of murals (you can see more on Unurth). Not only did he reprise his signature “stacked pile” of animals, but he also chose creatures we have never seen him use before.

Also, for those lucky enough to be in the UK, he has already gotten up in East London as well as created a monster installation at Black Rat Projects (covered). He’s not done though.  On February 24th, he’ll be collaborating with Robots and Phlegm on the BLACK/LIGHT project (more details after the jump).