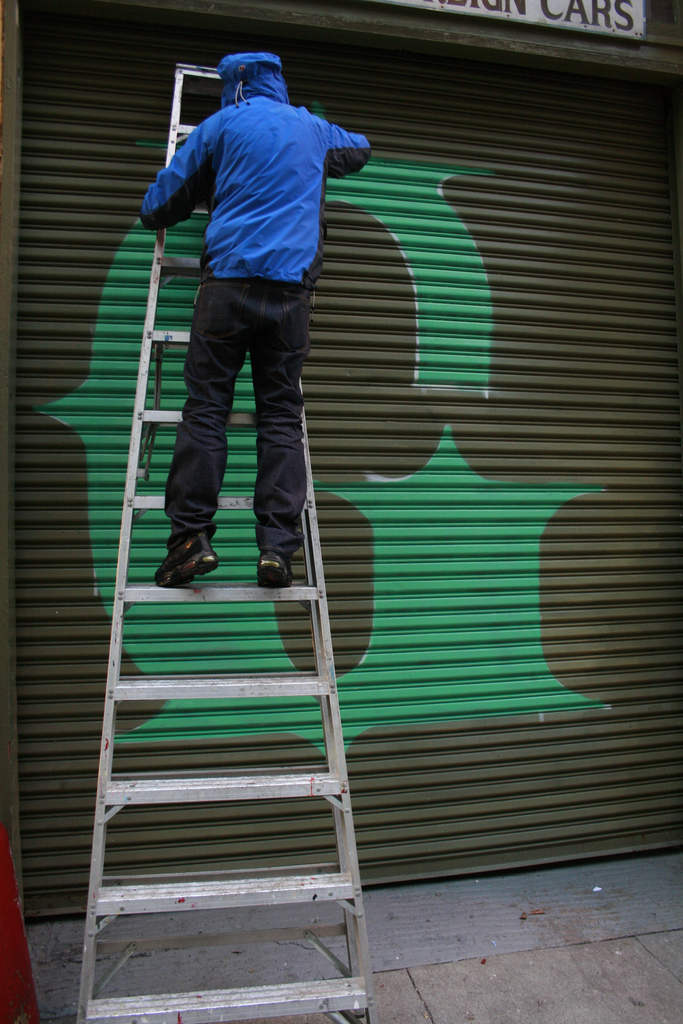 Ben “Eine” is currently in San Francisco preparing for his show “GREATEST” at White Walls set to open on March 12th. In conjunction with the exhibition, the London-based artist will be be painting his signature typography on various walls around the city, with plans for each letter of the alphabet to be represented (reminiscent of his recent alphabet street project).