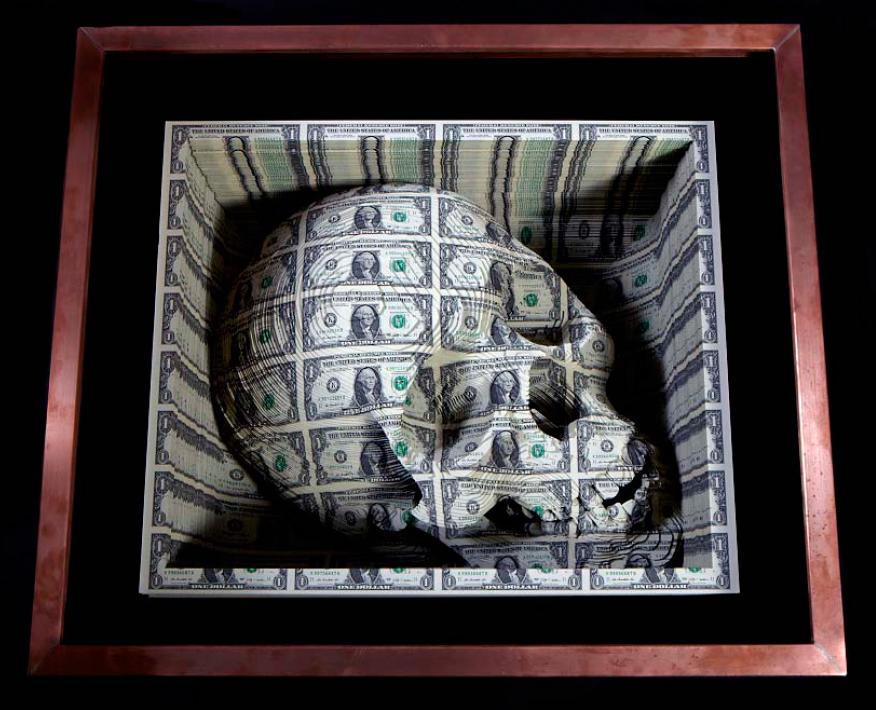 Wielding a plethora of obscure media in clever ways, Scott Campbell is poised to provide an intriguing look at the transformation of the orthodox into the outrageous, all with a heavy dose of tattoo symbolism. Be it US Currency, ostrich eggs, black light neon tubing or copper plates, the cutting edge Brooklyn-based artist has transplanted the outsiders aesthetic typically exercised within the confines of his tattoo studio to the virgin gallery space of OHWOW’s new Los Angeles home.

Serving as the inaugural exhibition at the ivy clad location, Nolesse Oblige (teased) will be Campbell’s third solo installment with the multi-faceted Miami-based art “community”, expanding on the conceptual footsteps laid during last summer’s hugely successful New York City solo, If You Don’t Belong, Don’t Be Long (covered). Opening Saturday, March 19th, Southern Californian celebrities – many of whom Scott has tattooed throughout the years – and collectors alike will get their first opportunity to witness his fine art in the flesh, including the pièce de résistance; a mindboggling skull sculpture composed in relief of $11,000 worth of stacked currency sheets.

Check out an exclusive preview after the jump. 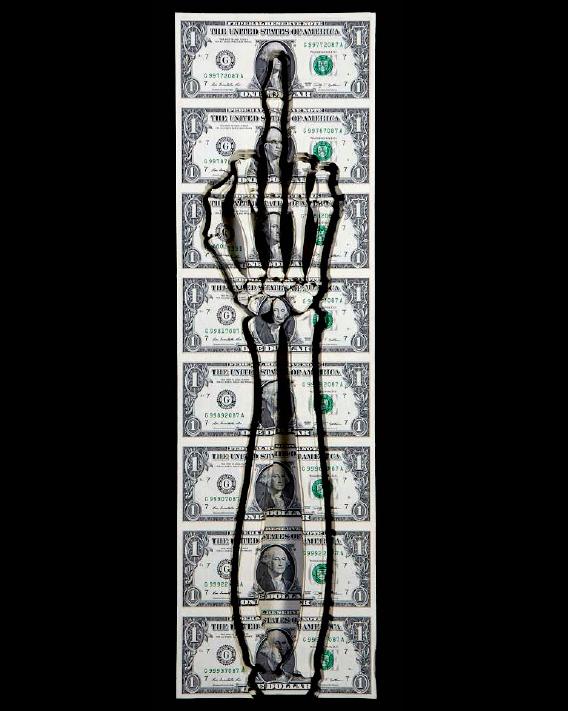 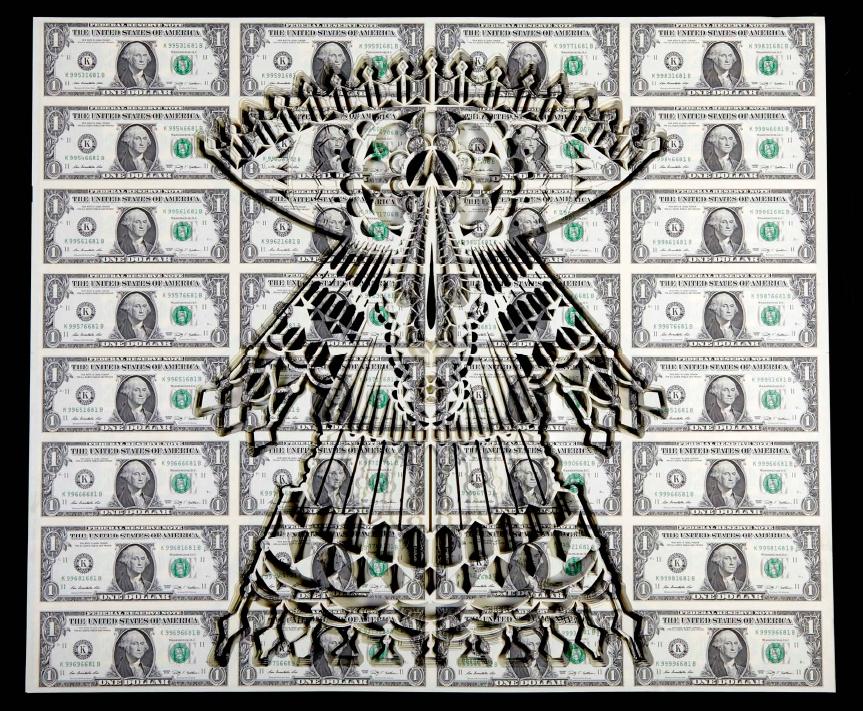 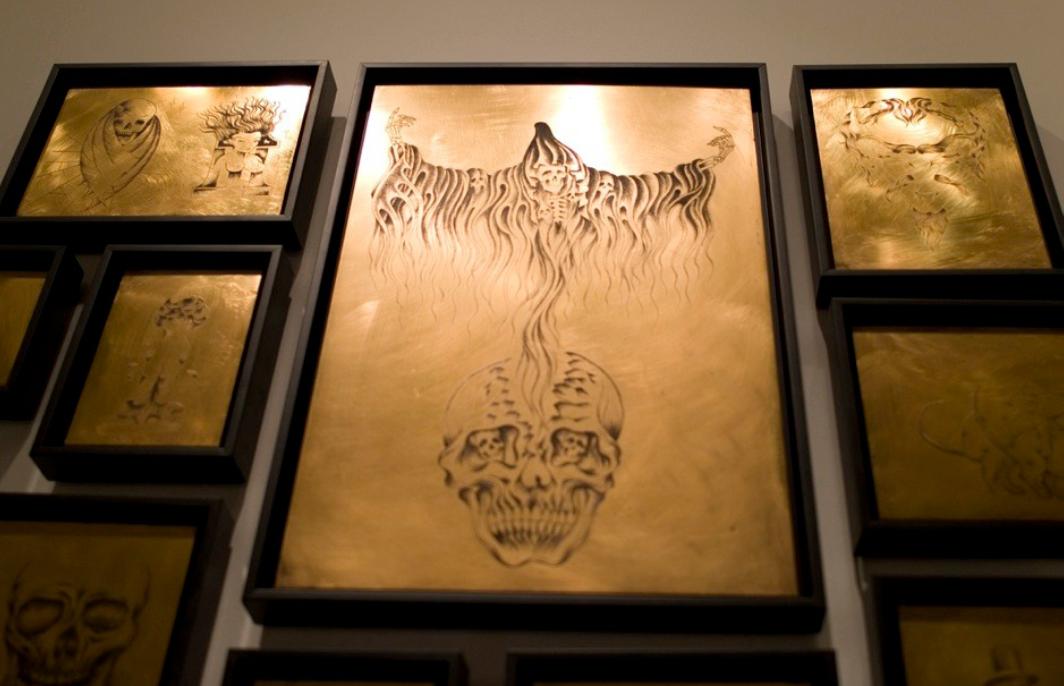 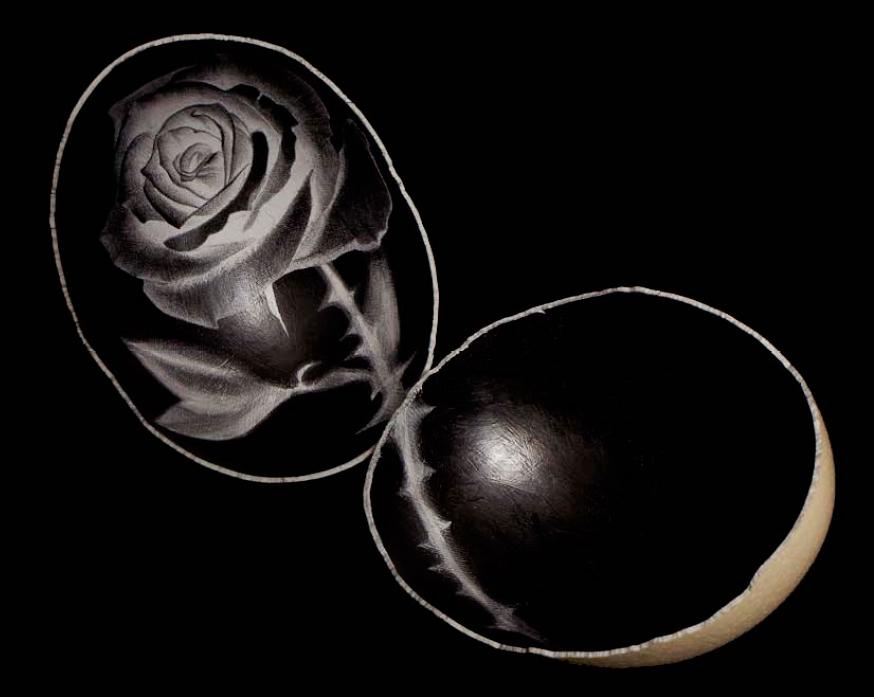