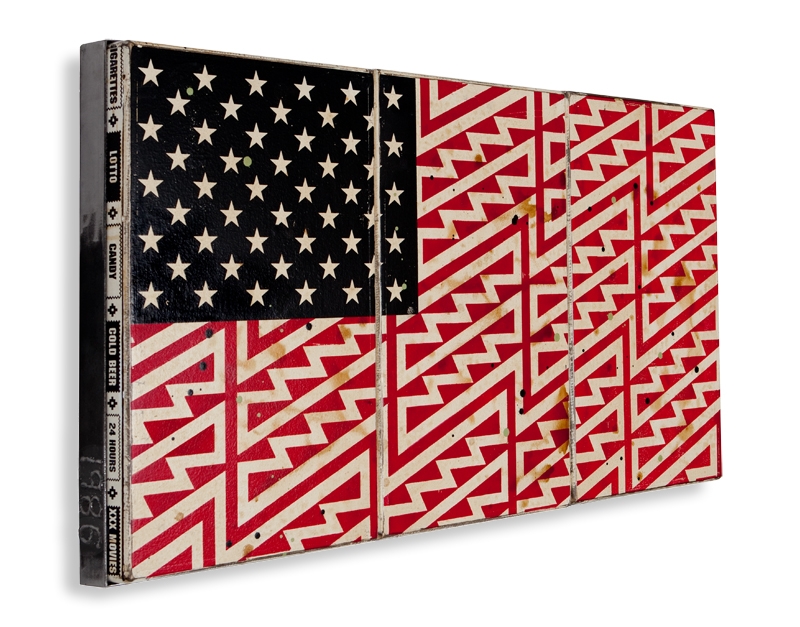 With a hugely successful 2010 in the rear-view mirror, which included their blowout solo Bedtime Stories, the release of their first all inclusive book, a fun remix of a video game arcade in NYC and London, and their insane Temple constructed in Lisbon, Brooklyn-based artistic duo Faile (featured) have a set of intriguing releases to get 2011 rolling scheduled for today at 12PM EST.

First up is a wooden interpretation on their iconic “Faile Flag”. These are 20 unique works – three wooden palettes are conjoined within a steel frame to make up the flag image. All sides (top, bottom, left, right) are printed with classic Faile typography and patterns, and the wood is treated with a weathered patina. The steel frame is welded with “FAILE” and “1986” on respective sides.

Additional release details after the jump. 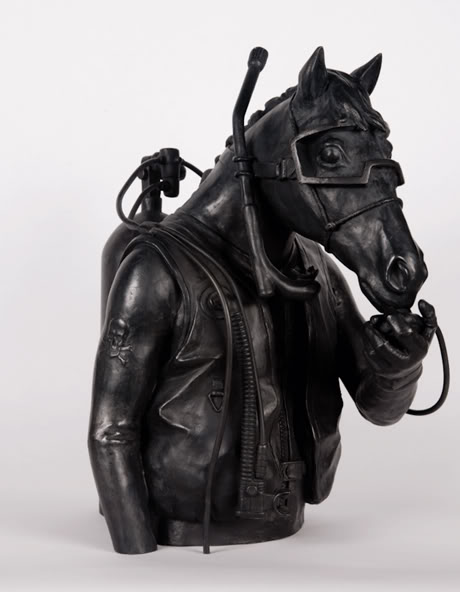 The second half of the “Scuba Horse” bronze edition will also be released. With 8 pieces from the edition originally released back in December 2009, the impressively sculpted 12.25 x 9 x 11.5 inch bronze rendition of the iconic Faile character will now be complete. Produced in a gun metal black patina finish by the renowned Raneri Sculpture Cast foundry and retailing for an estimated $12,000, they’ll provide the perfect compliment to the bronze “Bunny Boy” sculptures also released last fall.

As an additional update, the Patricks are also working a book to commemorate the Temple project due out in the fall, a large edition print produced by Paper Monster to be released next month, as well as some other special developments to be revealed in the next month. 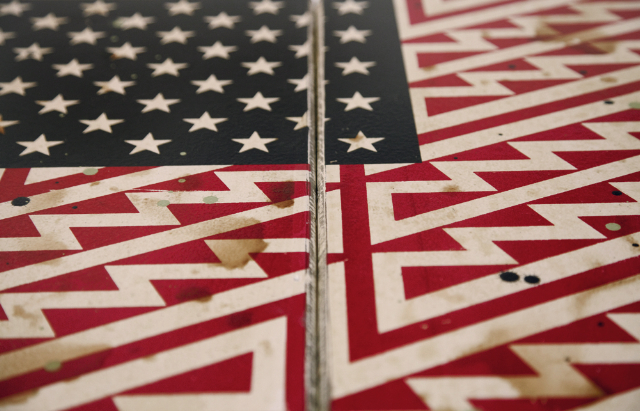