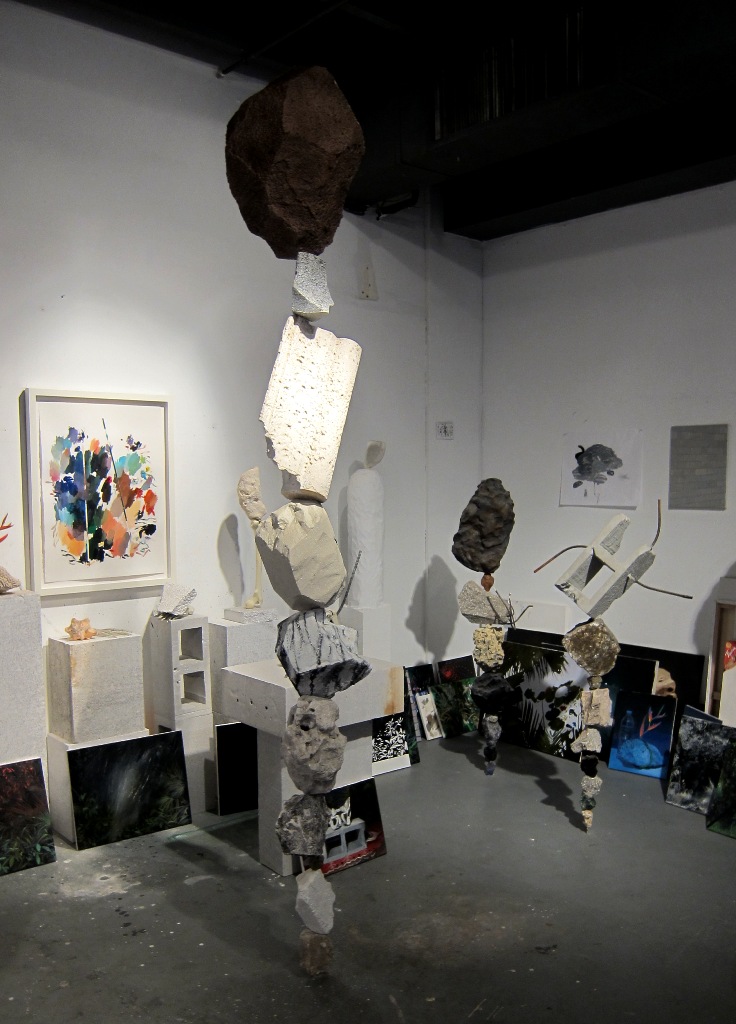 Back during Art Basel Miami, we had the pleasure of visiting the Miami studio of Argentinian-born, Miami/NY-based artist Martin Oppel. Oppel, who has shown with Galerie Emmanuel Perrotin in Miami and Paris amongst others, works in a wide range of mediums—including painting, sculpture and most recently photography—often focusing on the materials and the process of art, while also making work that is visually attractive and thought-provoking.

Dominating his space were what appeared to be gravity-defying stacks of rock, marble and concrete, which were in fact sculptures made from styrofoam painted and modeled just enough to deceive for an instant. But unlike a magician’s levitation trick, Oppel wants his illusions to be broken, so that the viewer feels only a brief moment of weightlessness before realizing the hoax and being made to return to reality. Also on display were paintings painted on canvases formerly used as pallets, photographs of what look to be painting pallets, as well as others photos of found natural and man-made items, taken close-up to both focus on and abstract the materials.

We’re excited to see more of Oppel’s work at his upcoming solo show Forms of Fiction, opening May 25th at Brooklyn’s Journal Gallery. Until then, check out more images from our studio visit, after the jump. 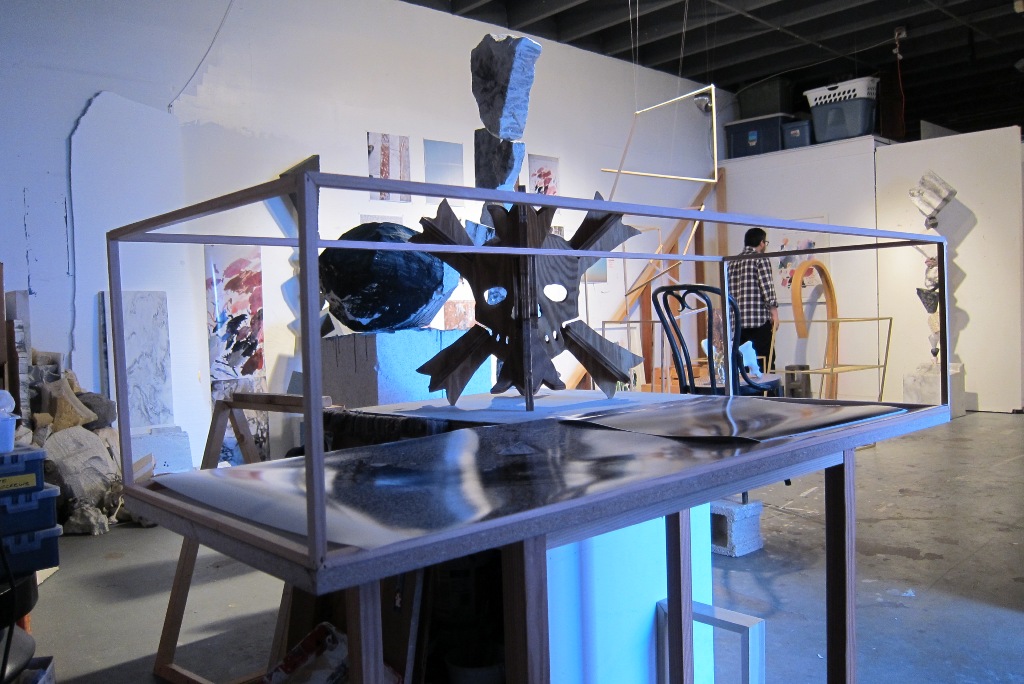