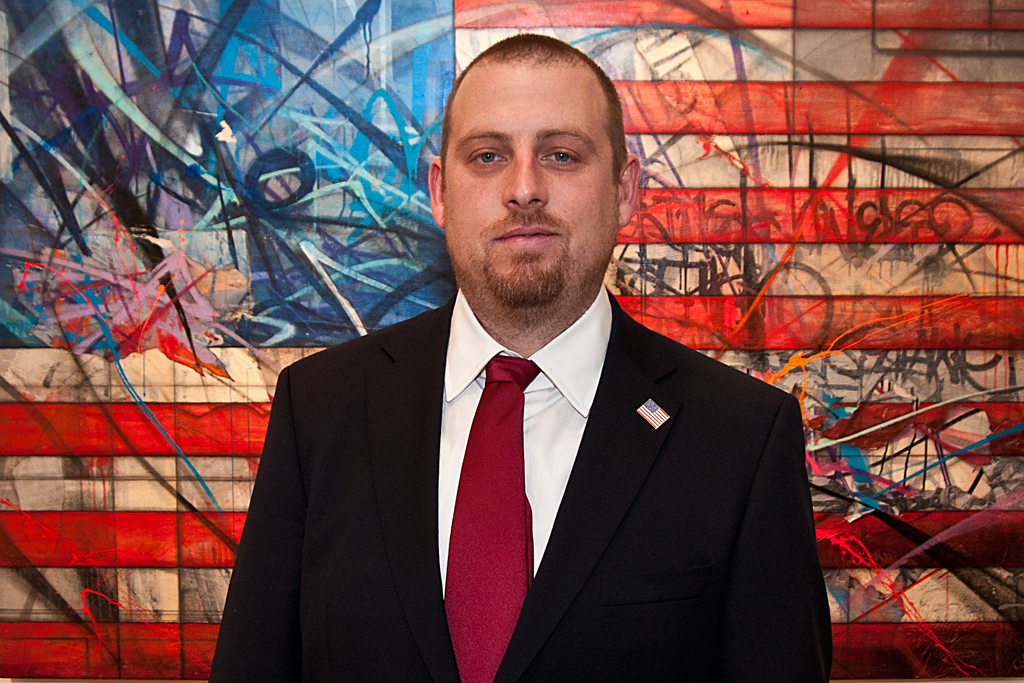 Continuing the near relentless barrage of street inspired exhibitions arranged to coincide with Art in the Streets, SABER (interviewed) opened The American Graffiti Artist (previewed) at Opera Gallery in New York last night. While his impressive efforts within MOCA (covered) paid homage to his roots within Los Angeles graffiti lore, his newest body of work riffs on a more recent manifestation. In an aesthetic chapter first penned in 2009 when he created a video for the “Organizing For America’s Health Care Reform Video Challenge” (covered) that used a tweaked American Flag to provide political commentary, SABER further reinterpreted the Red, White, and Blue with an intricate serigraph print announced shortly thereafter and released late last year (covered), as well as on the streets in a communal mural with Shepard Fairey (covered).

Now, the LA graffiti legend has remixed the American Flag yet again in impressive fashion. Through top notch can skills, undeniable style, effective color combinations, and massive scale, SABER has produced a series of works that force the viewer to stop and take notice, while pondering the origin of such patriotic pieces of propaganda. A selection of inventive abstract works, along with a batch of Hand Painted Multiples nicely round out the show. Also of note, tomorrow, May 7th, the gallery will be releasing SABER’s new print, RWB KepRage, in-store from 3 -6 PM. Produced by Modern Multiples and from an edition of 200, the 12-color serigraph on coventry rag measures 28 1/4″ x 36 3/4″ and will retail for $250.

More opening photos courtesy of Joe Russo, as well as an image of the print release, after the jump. 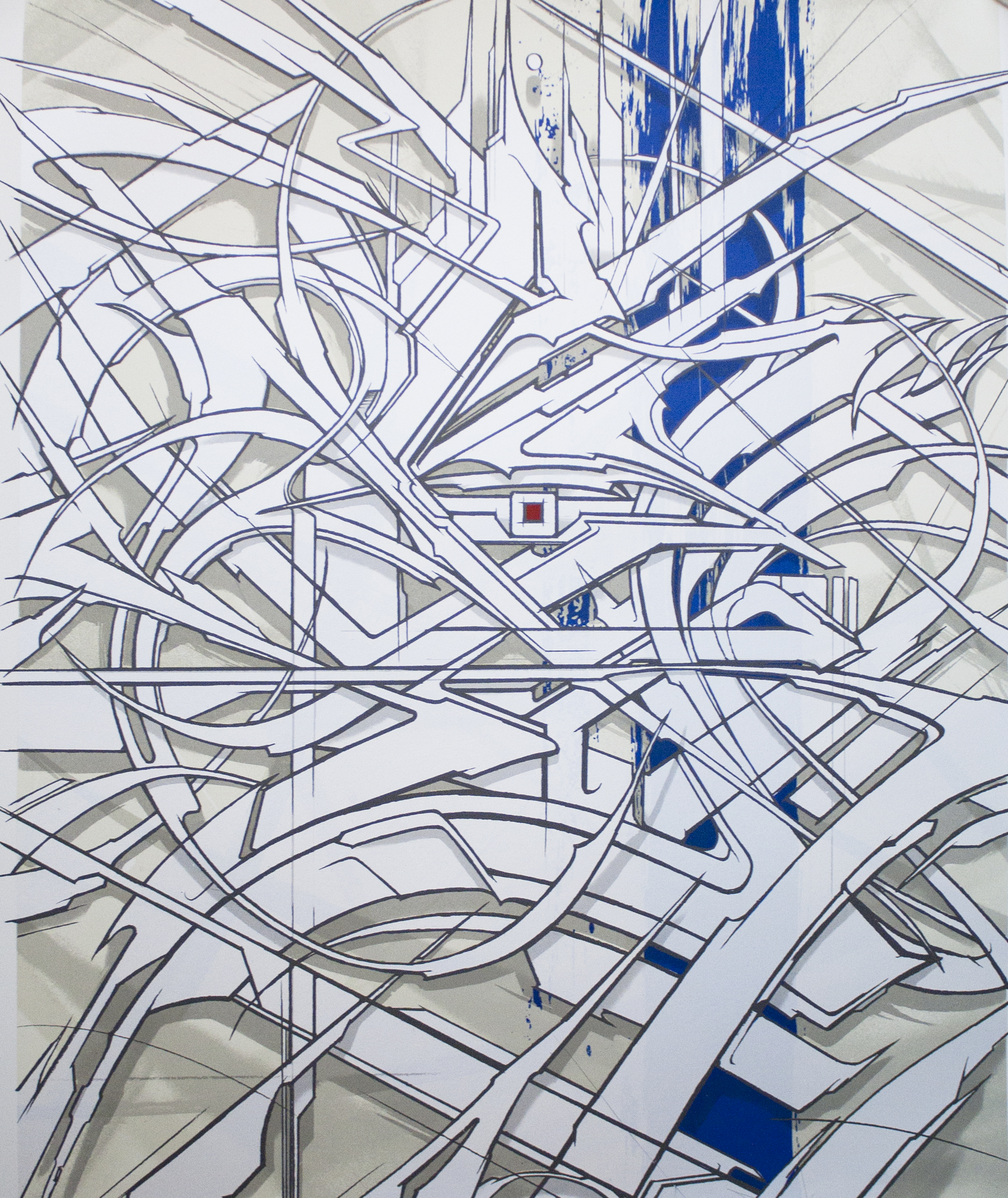 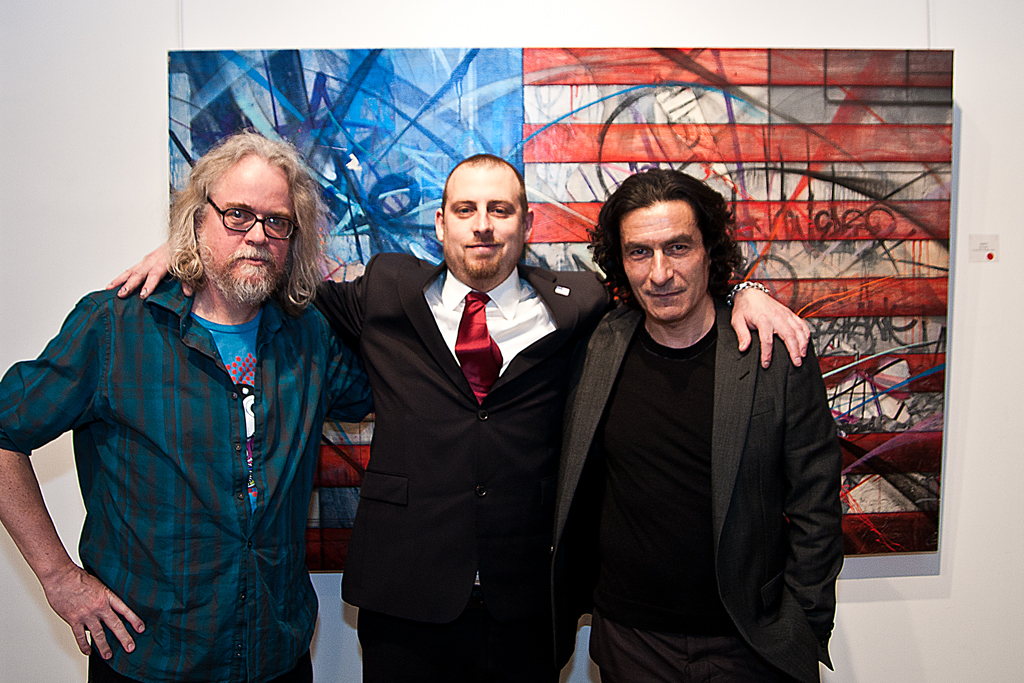 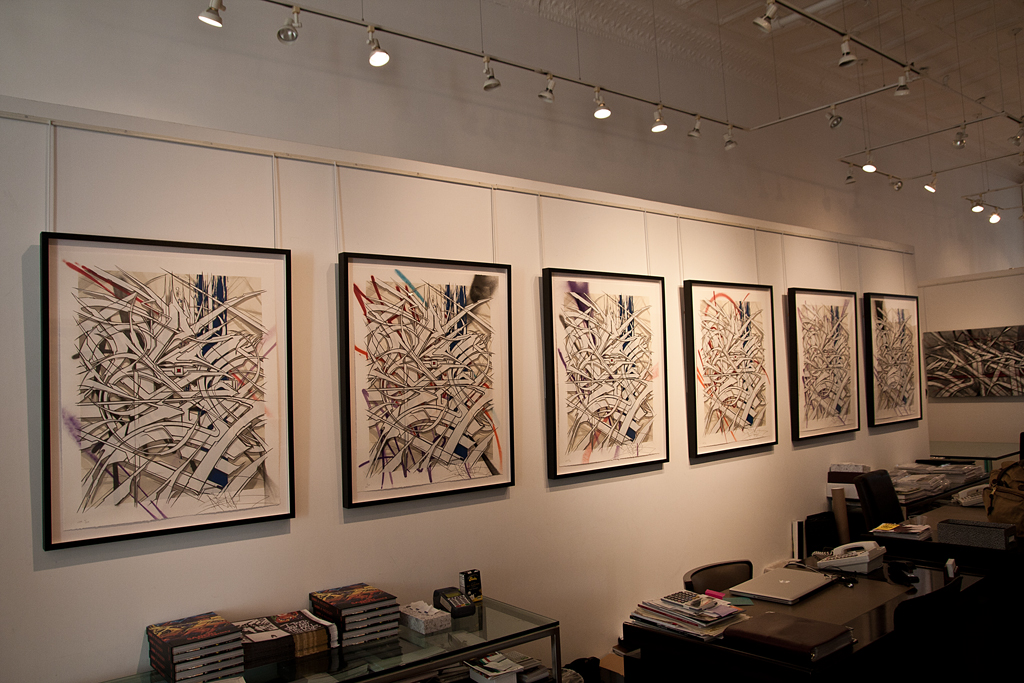 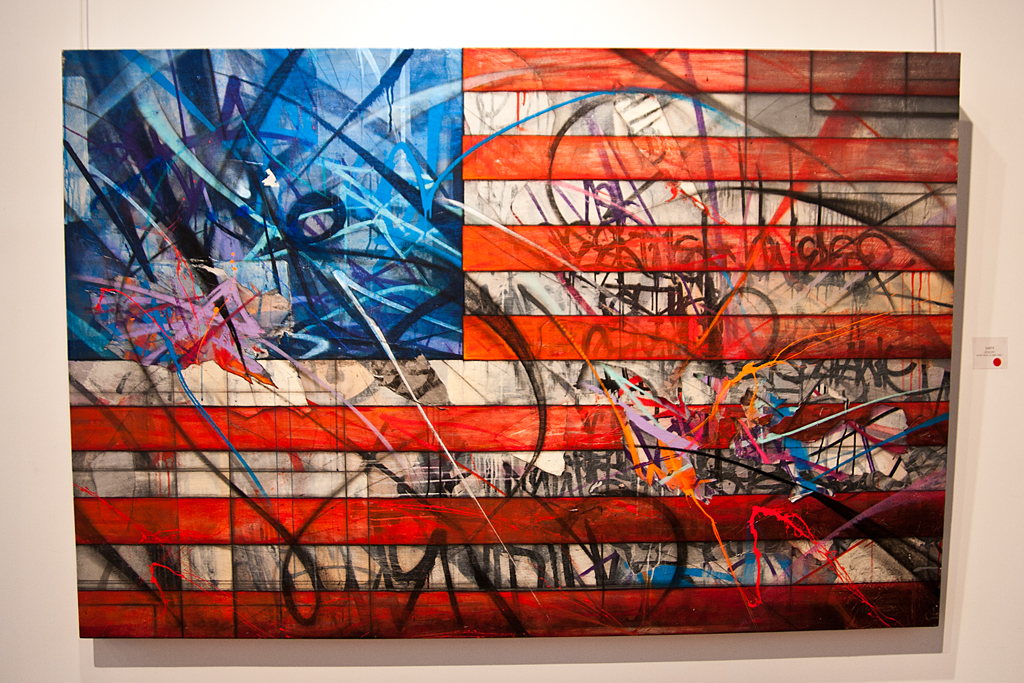 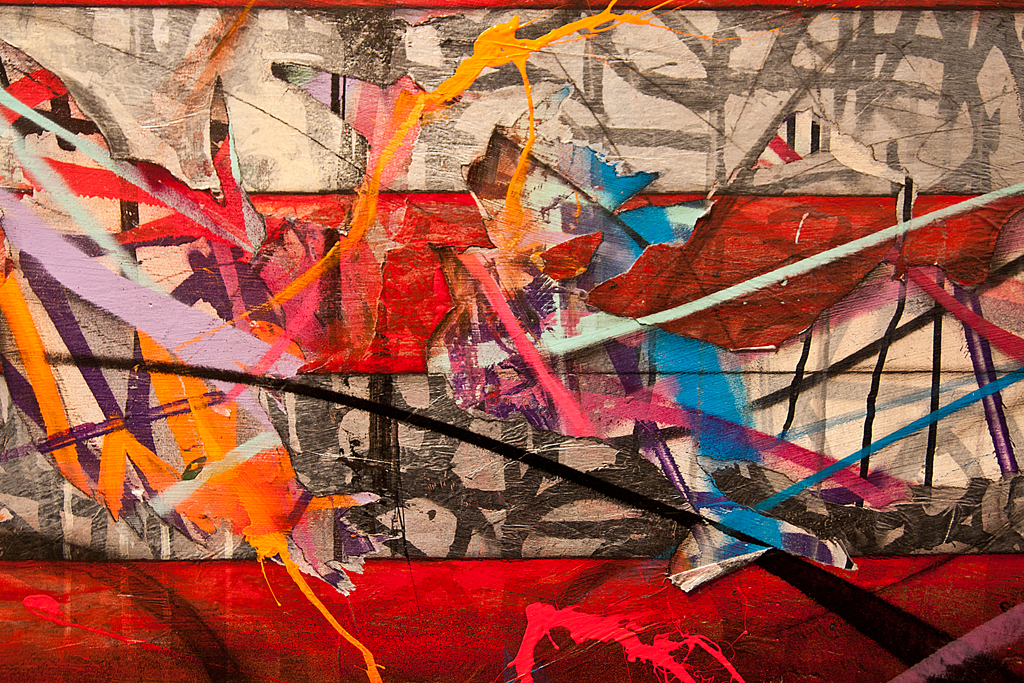 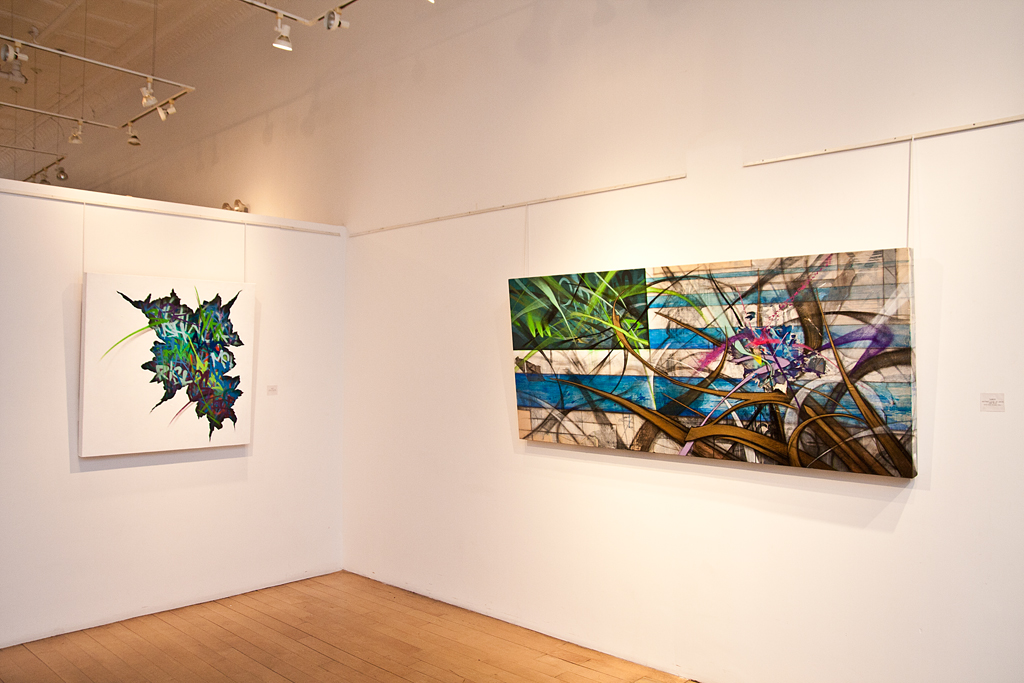 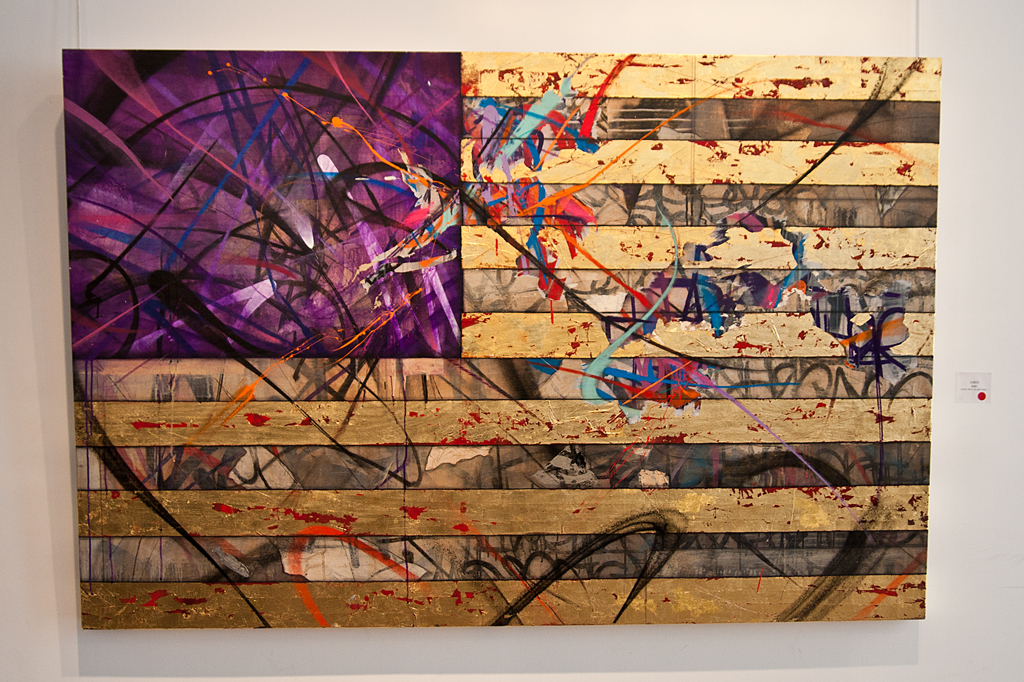 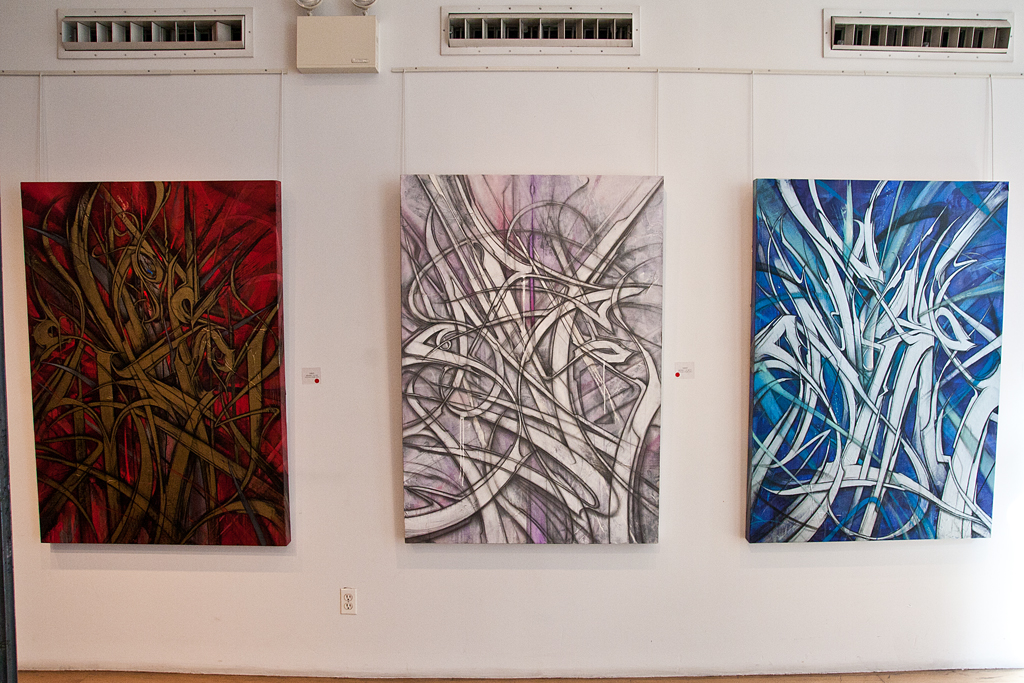 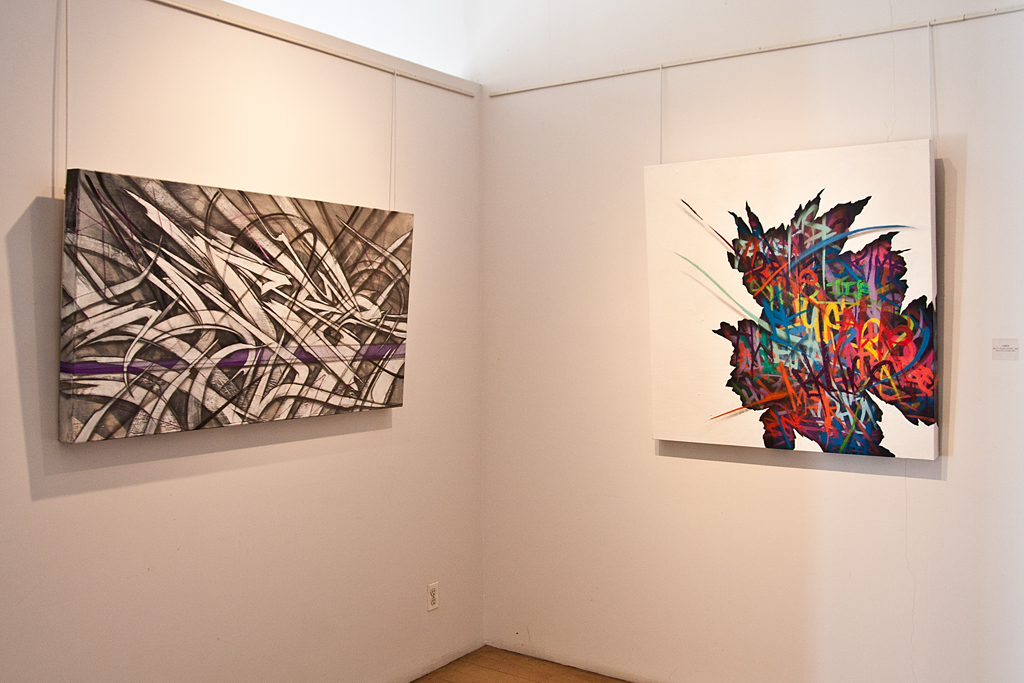