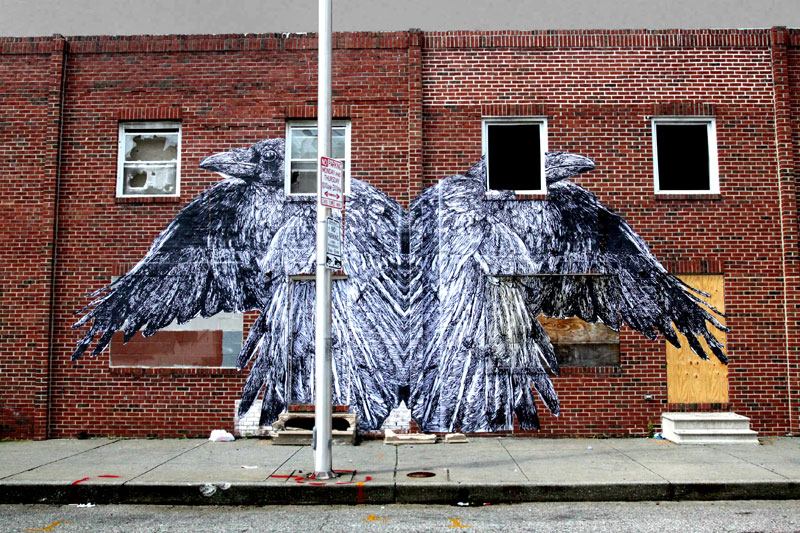 Back on the streets in preparation for an upcoming group show Succession, Gaia has gone big with his largest unsanctioned piece to date. After going nuts in Chicago with an impressive visual assault on the streets during his time in the Midwest for his solo in March (covered), he undoubtedly felt compelled to bring it proper now that he was back in his home turf of Baltimore. As the artist conveys, “the most massive illegal piece of my life on Edgar Allan Poe”, now fittingly haunting the abandon projects in all of its intricate detail.

Check out another shot after the jump that shows the scale. 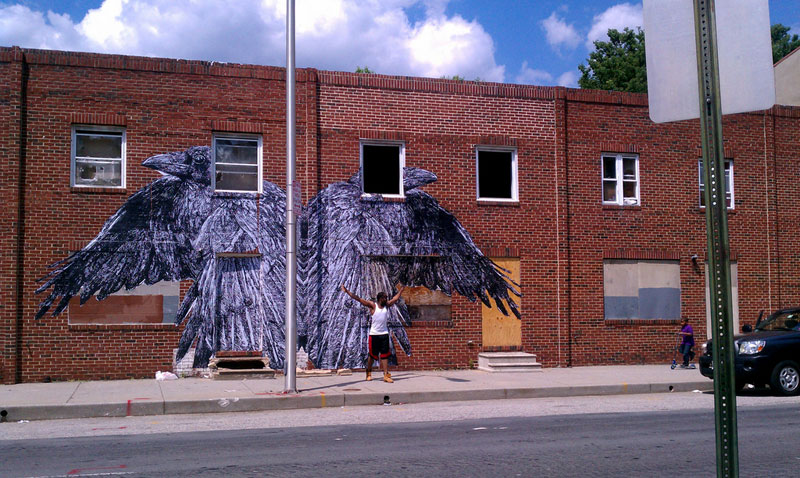 Images via my love for you.
Discuss Gaia here.